Tales from Candlekeep: Tomb of Annihilation

Tales from Candlekeep: Tomb of Annihilation is a turn-based dungeon crawler drawing inspiration from Dungeons & Dragons style board games. Such games, if done right, can gain a niche but steady following and strong community. So far I had the opportunity to play a good number of board games adapted to this medium and it is hard to find a middle ground. One thing is for sure after playing this – adding “Dungeons & Dragons” in the title would benefit the game far more than what it has going for it now. The gameplay just doesn’t do much for it.

Besides the opening screen wishing us all the best on our journey, there are only bits and pieces of the story that you have to stitch together. On the Chult peninsula, the adventuring expedition of four must find their way through traps filled jungle, slay hordes of monsters, battle occasional bosses – all that to find and reverse a cause of their death curse. The rest of story pieces you can find through the main quest and some optional ones. As generic as it seems, the story aspect is rarely a focus in these kinds of games. It’s there to give you a faint reason for slaying small armies of monsters. If you take that out of the mix, then there only grinding for loot and materials as a motivation. And oh boy, Tales from Candlekeep: Tomb of Annihilation sure has a lot of that. 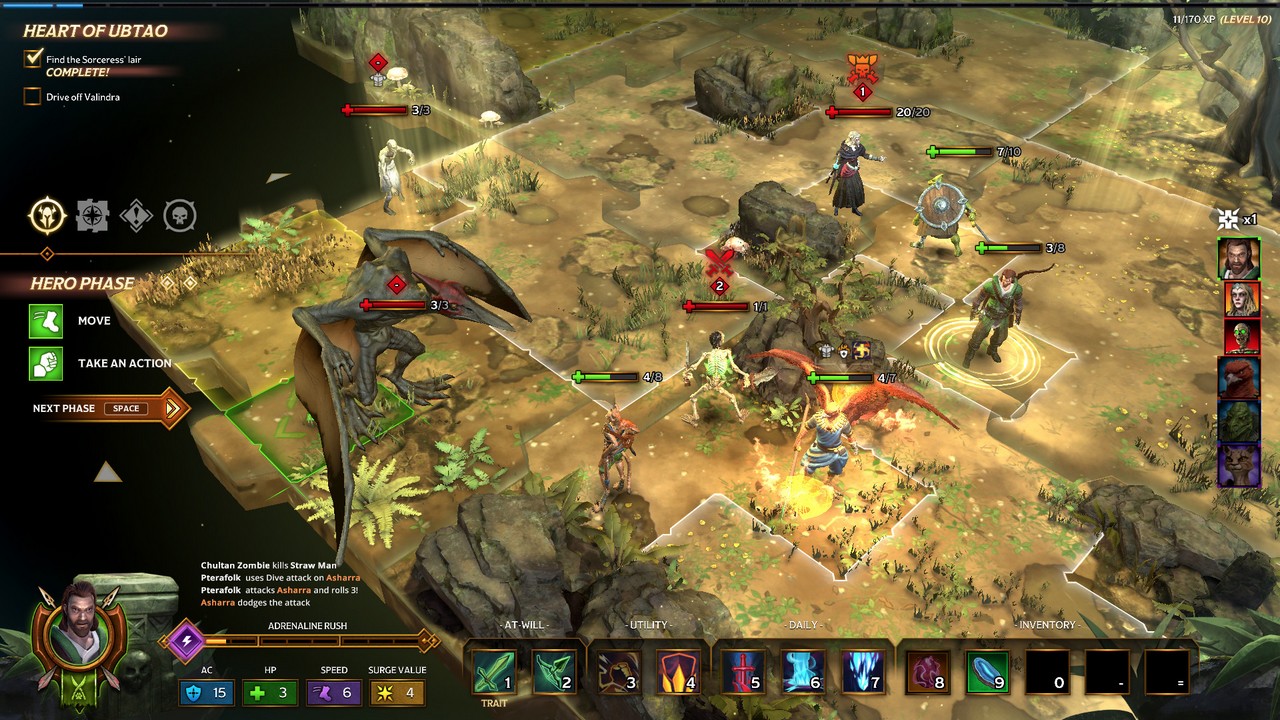 Despite the minimalistic first quest (which acts as a tutorial), it’s pretty easy to grasp the basics of the gameplay. The problem is, it doesn’t do more to keep you invested. But we’ll get to that later. When you take the quest, the game throws you into a map made out of 4×4 tiles. At first, only the 4×4 tiles you’re currently on are revealed. To uncover more, you need to finish your turn at the edge of the tile and then the one next to it will be shown. Now, the whole map is filled with monsters, treasures, traps (luckily, you can disarm those) and there is no indication of where is what as you uncover more. Eventually, the game will just give up and throw the map tiles needed for a quest at you. Usually, it is a boss you need to beat or a set number of enemies to dispatch. There is also an interesting mechanic in form of adrenaline that you use to turn the battle in your favor. It is a resource that fills up slowly in combat and once activated, it can provide valuable buffs. A neat little thing that saved me from death more than once. Regarding your four-man party, it consists out of your standard ranger, paladin, wizard, and a bard. I’m using the term “four-man party” loosely here since only the ranger is an actual human. Slaying your way to the end is not all you are going to do since crafting and upgrading equipment is an important aspect of the game. But here we also get to one of the biggest missteps of the game. You receive only a small batch of the necessary materials needed to craft/upgrade something per quest. That forces you to repeat and grind many quests and try your luck by raising the difficulty for them. Doing so will give you more materials and gold if you manage to complete them. Yes, besides a whole lot materials, gold is another thing that you will need often. One thing that alleviates the issue (and what I found a bit concerning) is that the deluxe edition of the game on Steam gives you a plenty of valuable mats, 50% gold boost and 20,000 gold. Not the best way to resolve an imbalance in the game by giving you an option of buying a fix. 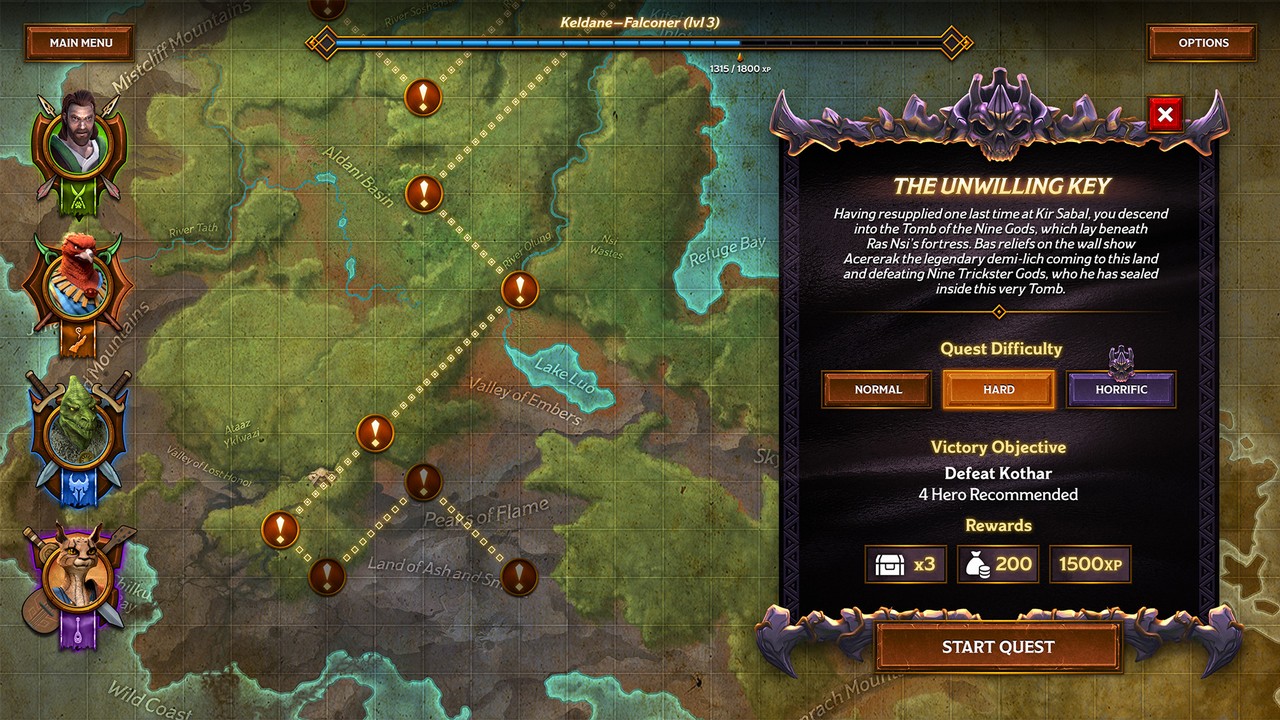 After having a bitter taste in my mouth thanks to bland and grindy gameplay, it was refreshing to see the visuals of the game having an extraordinary amount of work put into them. The maps are brimming with details, and I never imagined finding character menus and overall art to be the best part of the game. 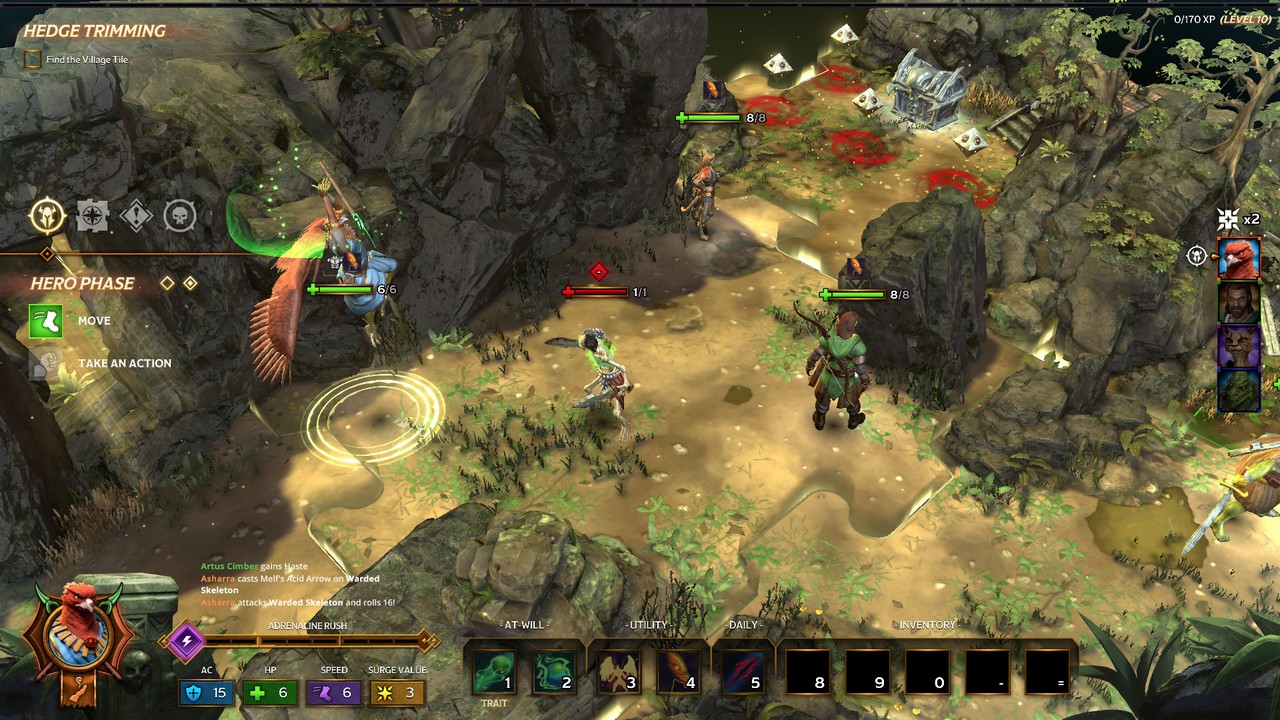 Another thing that might steal away the focus of gaining materials and exp is the remarkable soundtrack of the game. Filled with medieval and renaissance tunes, it can make the grind somewhat bearable. The music could be perfectly described as intense and almost hinting something terrible is about to happen. Add the tile revealing mechanic to the mix and it is a good way to form a paranoia and fear of the unknown in the player. 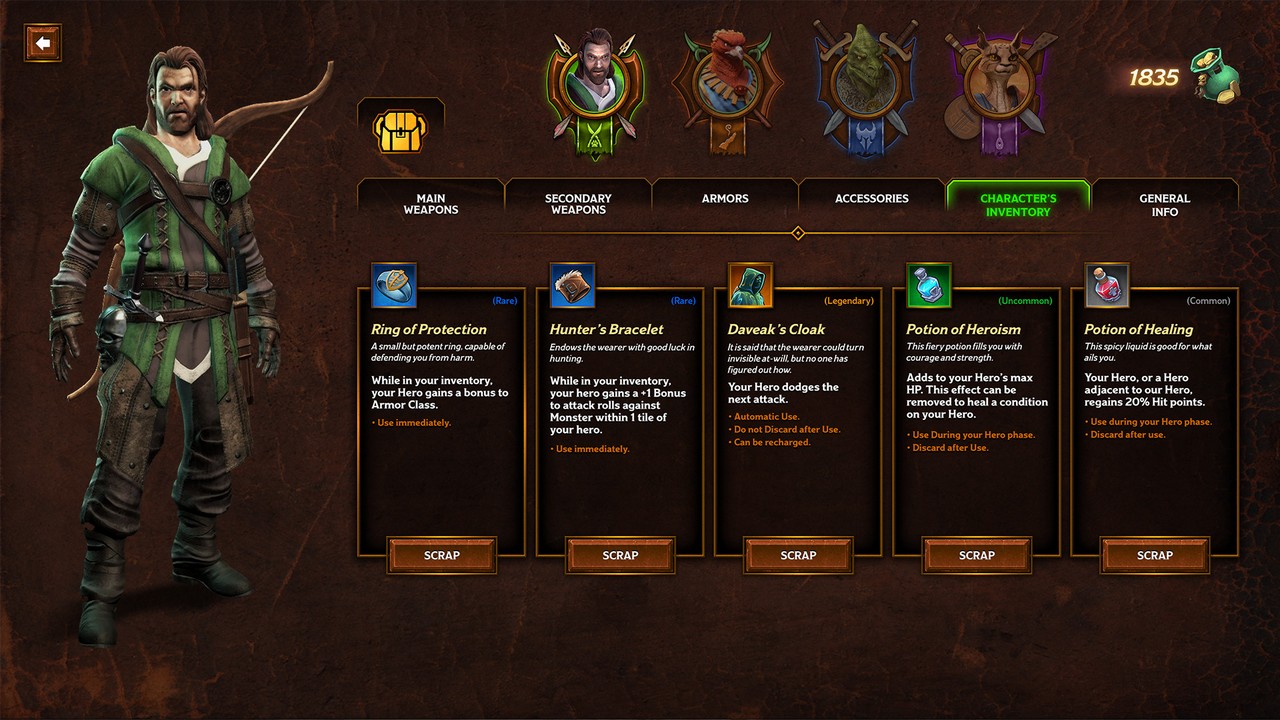 Tales from Candlekeep: Tomb of Annihilation is a game that took some right steps but none of them led to fun and immersive gameplay. The music & visuals are great, but the core of the game is something that requires a great deal of patience from you. The game is clearly made for a niche audience and I could only recommend it to you if you’re a hardcore D&D fan. Even then, Tales from Candlekeep: Tomb of Annihilation will have some moments to test your patience with excruciatingly slow combat. For anyone else considering this as their first trip into the world of virtual board style games, it can be a tough nut to crack. Come to think of it, even an actual board game played all by yourself might seem more fun and less repetitive.
Capsule Computers review guidelines can be found here.

A game that might find an audience only in the most hardcore of D&D fans, but for everyone else, I suggest you pass.
4.5