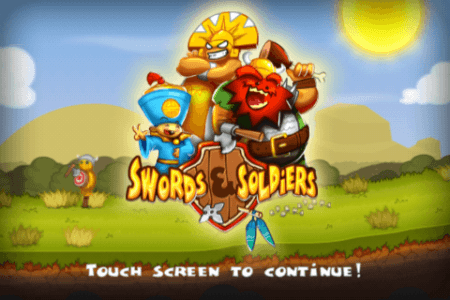 Since the dawn of time, man has loved their food. Swords and Soldiers follows three mighty civilisations on their quest to find and preserve their ultimate delicacies. From the BBQ loving Vikings, to the Aztecs and their quest to defend the Holy Pepper and even ancient Chinese soldiers who manufacture explosive toys, Swords and Soldiers spans across time and allows you to take control of three mighty civilisations, all in the palm of your hand. 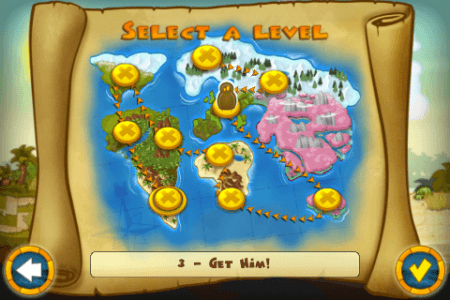 Essentially swords and soldiers is a time management game. While it could be viewed as a side scrolling action game, the gameplay is largely based on managing time and funds. There are two types of units in the game, miners and soldiers. The miners collect gold, and soldiers fight – pretty simple so far. With each unit being worth a certain amount you need to manage your funds well in order to claim victory. There are also a number of upgrades available that cost both time and gold in order to use. While many of the upgrades are for new classes of soldiers there are also special attacks. These include anything from healing to a giant bolder to quickly thwart your enemies. Rather than costing gold, these attacks use up mana, which regenerates very slowly on its own. Each campaign also comes with an unlockable challenge mode, one per each civilization, which are nice little additions to overall character development of each civilisation. 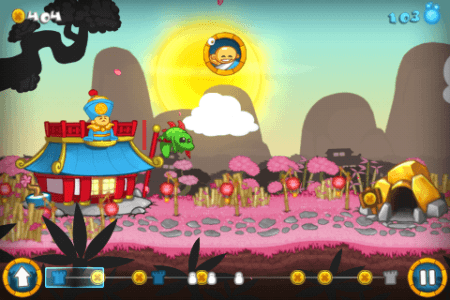 There is a bit of an incline in the difficulty of the game. With campaign mode being divided by civilisations, and each new campaign getting progressively difficulty as levels within it progress, it at times is a little difficult to keep up. There is always the possibility to skip to the next campaign if you haven’t finished all the previous ones levels, but I personally like to take things in linear strides. Eventually the levels become beatable as you learn how to manage each civilisation and utilise their unique weapons.

There is also a skirmish mode, which is fairly straightforward. First you pick a civilisation, then you pick an enemy to fight against, it can even be the same civilisation as you. Lastly, choose your terrain, ranging from a straight path to levels with multiple paths. Either way, the soldiers will collide in the middle and make a spectacular battle scene. 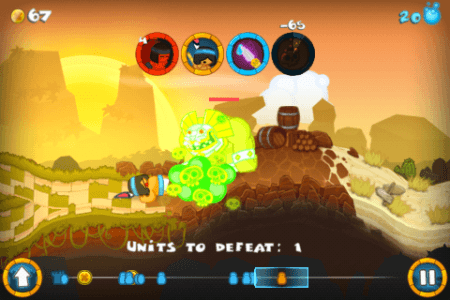 Featuring charming, cartoon-like hyperbolic stereotypes of ancient civilisations, Swords and Soldiers graphics are both positive and negative for the same reason. Firstly, they are positive for the fact that they are so well designed, not just the characters but the game as a whole. While the levels are sort of blank slates so to speak, the characters, with the inclusion of their unique home base really utilise the neutral nature of the game space, allowing the game to look like it was perfectly designed for which ever civilisation has the most units on the screen at any given time. Also, I think creating a cartoon-like representation of war and colonialisation really takes away from the violent context of the game, allowing to spread to wider audiences, young and old. Why is this bad? As I said, Swords and Soldiers is about effective management, and it is surprisingly hard to effectively manage soldiers on a campaign when you are so easily captivated by the in game action. Many times I have found myself in enemy territory, just sitting back and staring as my soldiers fight on, slowly losing men, and forgetting that with a swift tap I could have reinforcements there in a matter of seconds. So essentially the problem with the graphics is that they are too captivating and well designed.

The audio provides the perfect scene for epic battles. As the tunes of war rage on, each character has their own unique little catch phrase, which they shout out during battle. The sound effects of battle are fitting, but its not really expected that they would be anything other than accurate to the in game fighting. The audio adds to the whole humour of the game, and as of yet has failed to get irritating, as many games that try and use comedy tend to do. 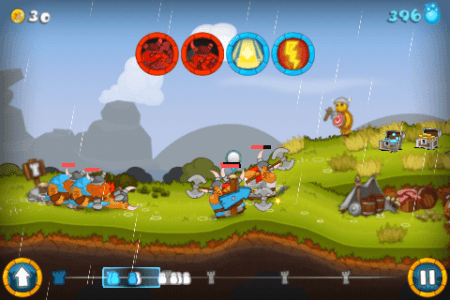 Utilising hilarious story lines, which are then played out via a combination of simple gameplay and spectacularly designed characters and levels, Swords and Soldiers is an incredibly engaging casual game for iOS devices. Whether you are waging war against ancient civilisations, practicing out strategies in a quick skirmish, or just testing your skills in unique challenges, Swords and Soldiers is a welcomed addition to any iOS device.