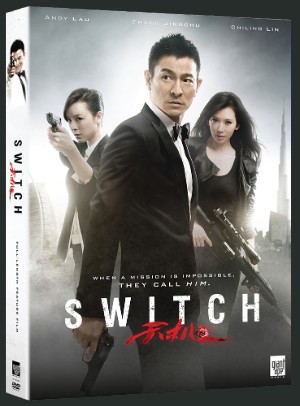 Overview
In the world of secret agent movies, it can be easy to quickly think to more about Western countries, like the UK and US, but they of course aren’t the only ones. Switch is a Chinese-Hong Kong action film centered on the attempts of a Chinese secret agent trying to protect an ancient painting from being stolen by smugglers, complicated with the fact that the painting was historically damaged and split in two, each part stored in a separate museum. Are the exploits of this Chinese secret agents something that action film fans can enjoy, or is it best to find some secret agent thrills elsewhere? 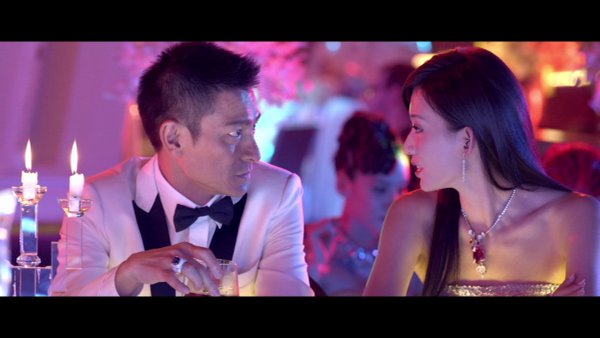 Story
The film itself opens up to different people being informed of the proposed reunion of the two pieces of the “Dwelling of the Fuchun Mountains” and goes right into the action as a few separate groups happen to pick the same night to steal the first half of the Chinese Yuan Dynasty era painting. It is nice to see a fair amount of inter-criminal conflict as they all try and get the final drop on the others to be the one that comes out on top, but only one team can ultimately succeed and tip off the authorities to the fact that the other half should get a severe boost in security.

The biggest source of security? Sending Agent Xiao Jinhan to protect the second half and recover the first. Jinhan himself is an interesting take on the agent lifestyle, in that he is married with a child, masking his job and late night missions under the guise of affairs with a beautiful woman who is actually his partner agent. Though to spice up the plot even more, his wife is also an agent with a different group whose job is to prevent the second half of the painting from being stolen at all. Needless to say there are a lot of things going on in the film, both in terms of action and characters, and the husband/wife team on the tip of the iceberg. 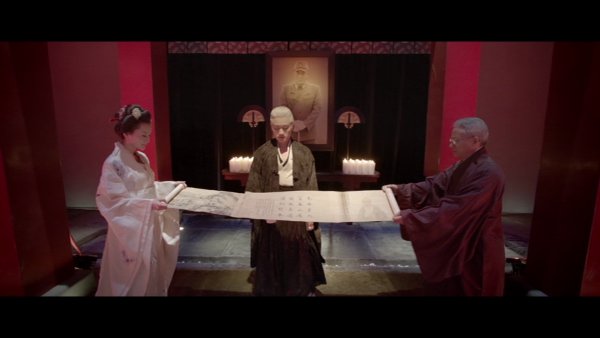 While the film is only a little more than two hours long, the action that takes place feels to extend much long as there is so much going on it could almost encompass three movies. This is especially noticeable with the fight that occurs only half way through the movie that at the time feels as if it could be the climax, only to lead to entirely new act focused on recovering both pieces from their respective captors. Though with only an hour left in the film the focus on the British smugglers is extremely limited, so that much more focus can be put on the super villain-like Yamamoto, which ends up working out in the film’s favor as he is a much stronger antagonist than any of the others.

Unfortunately, with such a wide sweeping story in the end the action goes so far as to become absurd in the strangest ways. Storming the Yamamoto lair leads to fights across a ridiculous variety of areas for crazy range of fights and props to be destroyed in the melee. Culminating in Jinhan and Yamamoto fencing in full gear for almost no reason, as the time it would take to don the appropriate clothing undermines the tension built up between the two throughout the film. Despite the action reaching too far over the top, there is still plenty of interesting things going on in the film providing a nice level of depth. 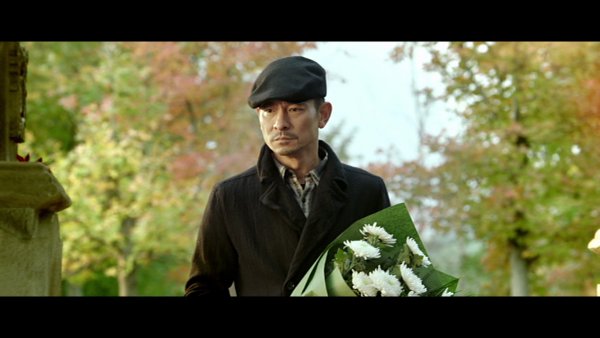 Visuals
The look of the film has plenty of flourish and style that includes a lot of detail into the different scenes taking place in plenty of locations from Hong Kong, to Taiwan, to the United Arab Emirates. However, the scenes in Yamamoto’s lair have by far the most unique designs in the entire film, that all go back to the most interesting aspect of his character. On top of that his minions are also the most varied, even themed depending on what is happening, while the other groups consist of smaller numbers of more mundane designed character.

The special effects in Switch are not exactly anything to write home about, in fact some border on cheap looking, which is even more apparent with how well some of the other aspects. There are some scenes that are clearly green screened to present an otherwise unavailable location, but not all of the special effects are this bad as the opening title sequence looks fantastic capturing the James Bond-esque feel of the film. 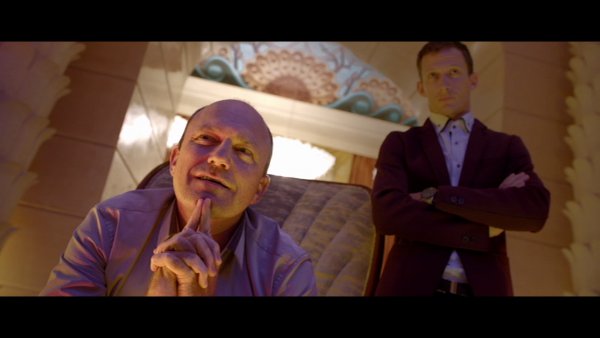 Audio
There is both the original Mandarin and an English dub available for the film, which each have there only pluses. With so much going on plot and character-wise in the film it may be better to watch with the English dub, so that it is a bit easier to keep up with the action. Though the original Mandarin really lets the performances of Andy Lau and Tong Dawei, Jinhan and Yamamoto respectively, really show through, but many of the English-speaking characters have very poor performances. So, the English dub might be a good idea for the first time watch and those wanting to see it again can enjoy both.

The music is outside the look and style of the film one of the best aspects of Switch. Able to match up well to the high standards of the look of the opening title sequence and the rest of the action throughout. This is another part that Switch gets right in trying to match the style of a James Bond-esque movie, including long dialogue-less parts that rely on the music to carry the feelings of the scene. Despite all the slight flaws the other aspects have across the course of the film, the music is a strong constant of quality. 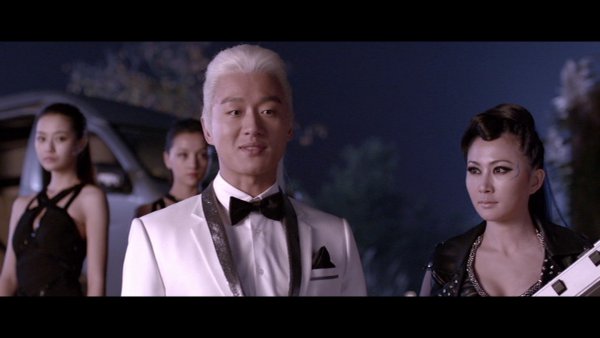 Extras
In true Bond style the usual sampling of trailer for this film and other Giant Ape Media brand releases have additional special features in the form of music videos for some of the bigger songs related to Switch. The first music video is the song “Fate” which is the closing theme for the film and focuses on the main love story between Jinhan and his fellow agent and dealing with those feeling while working closely together. The second is the main theme song for Switch, which does a good job of summing up the main themes of the movie itself in the song, though the theme song has much more original footage of the band while “Fate” music video is mainly footage from the movie.

Overall
There are a few slight problems here and there, but for the most part Switch is filled with a good portion of action and plot, though at times there seems to be a bit too much of it. While the special effects leave something to be desired, the music of the film can almost make up for it. There is still plenty of good things to be found in the two hour run time for fans of action and secret agent style, so those willing and able to get past the slight mars of somewhat hokey special effects and borderline quality acting on the part of the English characters should find something to enjoy.