Firstly, I’d like to begin this review with an apology for the lack of creative (and lame) references to rhythm and beats, as I may have used every pun possible in my recent review of Beat the Beat: Rhythm Paradise. Of coarse I could instead dish out a few jokes about ‘swinging’ or ‘boxes’ for this one, but that may be bad taste. Yes SwingBox from Chilibite Games is a game based on music and rhythm, a genre of gaming I have yet to experience on a mobile device. I’m therefore happy to report that everything works well and plays comfortably with SwingBox, but I am also saddened to say that it’s unfortunately held back by it’s presentation and a few other things as well. SwingBox isn’t a terrible game really, but it will most likely fail to pop out and engage many gamers. 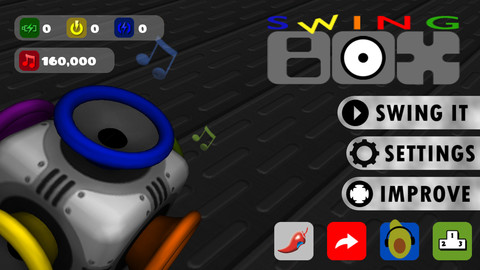 The major flaw of SwingBox is that while it is an original concept, it’s also not a very interesting one. Players are given a box that they must spin (or swing as I assume the developers would like to call it) and must move it according to given instructions. This is done so by simply swiping the box in the opposite direction of the desired color the player would like it to land on. In between swipes/spins/swings/whatevers the player can also rack up additional points by tapping particular notes while avoiding particular notes their not meant to do either. Like many games of this type game play can be frustrating for some at first, but in due time one can easily get into the swing of things (pun intended, hate me all you wish) and rack up some high scores. There are three main modes, classic, arcade and multiplayer. Classic gives the player a health bar, arcade gives the player a time limit and VS lets you battle against a friend or random online if you can find one. 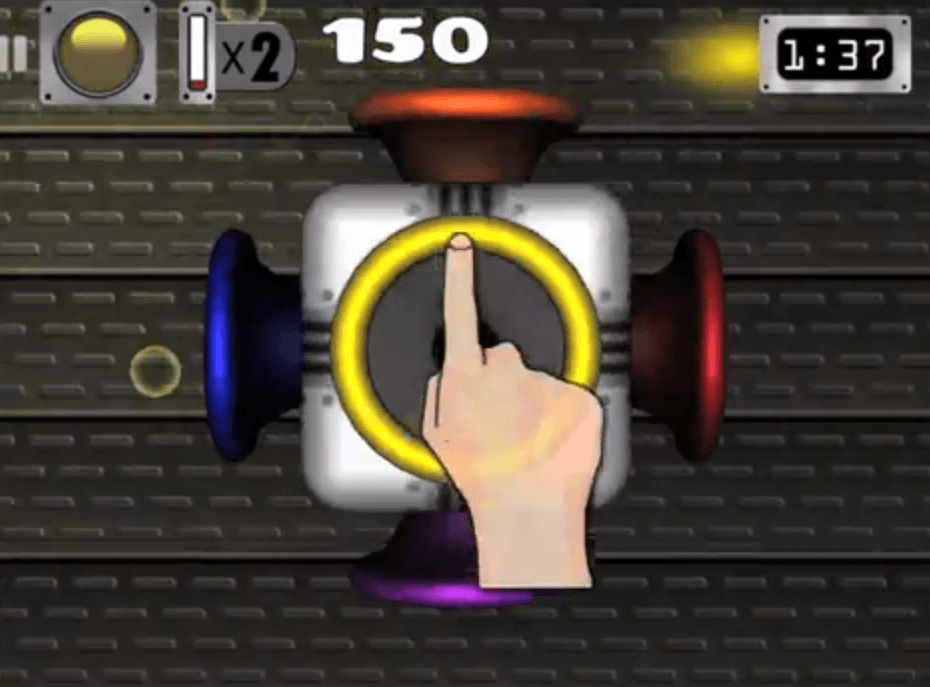 Game center, upgrades and social media integration is also thrown in which is pretty standard these days and that’s pretty much it. While everything does work smoothly without any problems, it’s all becomes boring pretty quickly as the animation & graphics are bland and the music is unexciting. This means your just hitting doing what your told to do over and over again with nothing to entertain you. Essentially it’s the same feeling as your mother nagging you to clean your room constantly and then you finally do a rush job of it quickly to shut her up. Your not doing it because you enjoy it, you just does it because you’re told to. This is a major flaw in the game’s design. There is no motivation or reason to do anything. There’s no awesome song to look forward to and no interesting animation to entertain you whilst doing so. You’re just mindlessly swiping directions over and over again with no incentive, which gets really stale really fast.

I feel there’s a trend in gaming as of late that many developers spend too much time on presentation, graphics and audio but fail to give the game play the same enthusiasm. So it’s refreshing to see SwingBox has the complete opposite problem – the gameplay is fine and it has a unique concept but the audio and visual let it down, and that’s something I’m definitely not used to seeing. What’s sad in this situation is how closely linked the gameplay is to the audio & visual which brings the entire game down with it. The music is simple uninspired techno/dance inspired beats on loop with no interesting aspects to them at all. The soundtrack sounds like simple beats ripped straight out of Apple’s Garageband with only one layer of basic keys thrown over it in a quick 5 minute job. There are no vocals or changes to the beats, no drops, hooks, vocals or anything interesting at all. Things do switch up and get slightly more interesting towards the end of a level, but not by much. 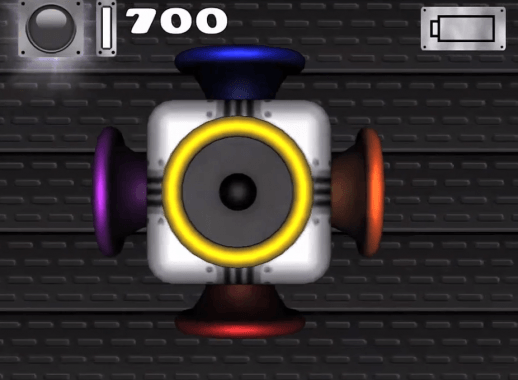 Hell there’s not even a sound effect when the player lands on the correct color – something so small and simple that could’ve been added to make the game even slightly rewarding. The graphics are bland with no interesting textures or effects that grab the player’s attention. Everything looks, feels and sounds so basic and simple and therefore fails to entertain the gamer while they are repeatedly doing the same boring tasks over and over. One would think this would be a major aspect to focus on when developing a game like this but it seems Avocardo Jive thought that players would enjoy looking at a box while listening to a generic, boring audio loop would be entertaining for some reason. 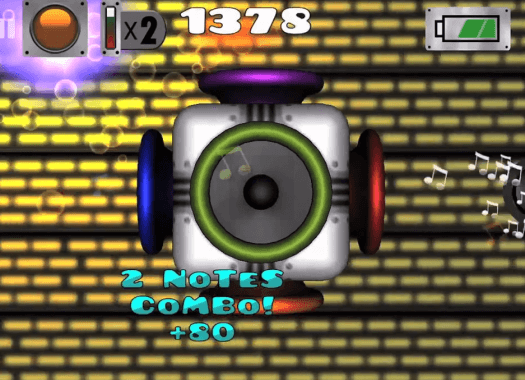 Overall:
SwingBox to put it simply is a swing and a miss. Pun intended. While it does have a unique concept and working controls – this isn’t enough to make a game entertaining or fun. If you like aimlessly swiping without any incentive while listening to a simple generic beat and looking at a box then this is the game for you. Better luck next time for Avocado Jive.