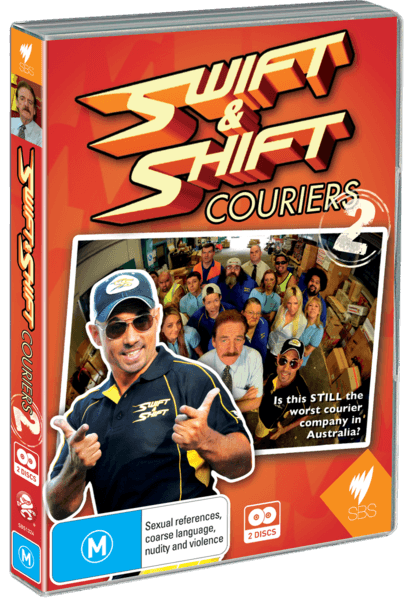 Overview:
It is sadly not a common occurence for us to see an Australian Comedy series. Amongst the crowded Australian television scene filled with Reality programmes and soap operas, it is easy to miss out on the great Comedy series that comes out of the country.

Arguably the most notable Australian Comedy series of the past decade is Pizza, a series created by Paul Fenech. Well, Fenech returns once again this time with Swift and Shift Couriers, which not only breaks ground that Pizza simply couldn’t but it also is without a doubt his best work to date. 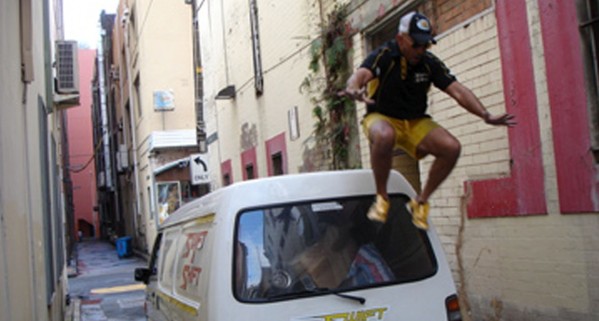 Story:
Pizza featured a large cast of characters with each fitting the bill of a hyper-exaggerated stereotype. This stereotype humour plays a large part in Paul Fenech’s comedic repeteur. It is a well he often goes to for humour and while he does return to said well for Swift and Shift, what makes it work so well is that it’s to a much lesser degree.

Swift and Shift Couriers, like Pizza follows a cast of characters delivering things, while Pizza was only confined to having it’s cast delivering Pizza and having the humour spring from the people they encounter during their deliveries, Swift and Shift’s humour is capable of being born from the objects they have to deliver. For example one episode focuses around characters delivering medical equipment which they are clearly not qualified enough to handle.

It’s this slight change in concept that allows Swift and Shift to break new comedic ground that Pizza couldn’t. As a comedy series it is hard to say that there is ever an unfunny moment in Pizza. No longer is Fenech constructing cut and dry hyper-stereotype characters, in their place is deep characters with deeper motivations and relationships than most Australian comedy series manage.

As for this season in particular, it featured an overall satisfying closing episode with all of Swift and Shift’s Hashfield Depot breaking out into utter chaos in a way that only they know how. It not only marked a comedic end to the series but also one that resonates with the viewer after following this chaotic cast all over the country (and even to other countries) over the course of the series.

All in all, Swift and Shift Couriers is undoubtedly one of Australia’s best comedy series it’s ever produced. But for those who are not fans of the Australian brand of humour, you will most likely find little enjoyment out of this series unfortunately. 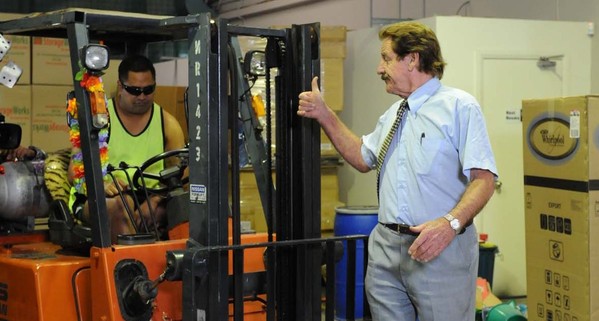 Visuals:
When it comes to the visuals of Swift and Shift Couriers, there is such a wide variety to be seen, which is extremely unusual for a comedy series in general. With such a stunning contrast of suburban landscapes, cityscapes, deserts, snowy mountains and even the ocean, there is an utterly astonishing amount of aesthetic pleasantries to behold in this series.

It is simply an achievement from Fenech that he managed to fit in so much different sides of Australia in Swift and Shift. It not only works wonders for the series in keeping things fresh but it also conveys the beauty of Australia that most other Australian television series do not bother to do. It is clear that Fenech has a deep love of the country and by extention considers the country a canvas for his art, and that is what Swift and Shift really is – Aussie Comedy Art.

Besides the set pieces used, there is a common trend of a yellow and black colour scheme that is both instinctive of the series and in a way becomes it’s “Colours”. This is another way the series maintains a resonance with viewers. I know that I personally thought of Swift and Shift Couriers the next time I saw the colours “Yellow and Black”. 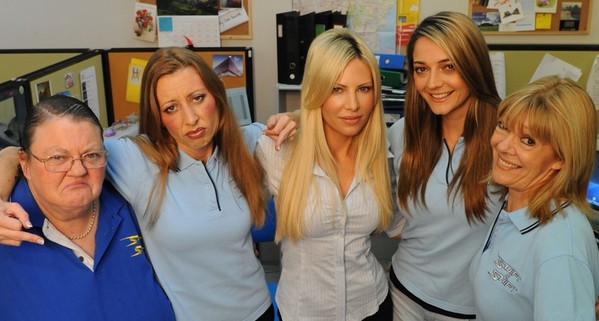 Audio:
Swift and Shift features a soundtrack of songs that were not intended to be synonymous with Swift and Shift. The series does not feature an opening or ending theme song and instead features a large array of incidental musical pieces specifically chosen for specific scenes.

This makes the soundtrack difficult to comment upon but at the very same time easy to summarise. Swift and Shift’s soundtrack is not only wildly varied but also wildly original. What pushes the series beyond greatness is the way it is constantly changing. You’d be hard pressed the find a background track that reappears each and every episode.

As for the overall sound quality of the DVD itself, well there is little to say other than it sounds great. I can’t imagine there being any problems with sound for anyone watching this series.

Extras:
When it comes to special features, Swift and Shift Couriers Season 2, is no pushover. The DVD collection features a multitude of extras for fans to plow through once they have finished watching each episode. With over 80 minutes of extra footage for you to enjoy there is so much replayability for this release that it is honestly staggering.

If you are a special features junkie, you will definitely get a kick out of the sheer mass of material available here. It is definitely more than your average Madman release. Needless to say, I left Swift and Shift Couriers Season 2 a very happy customer. 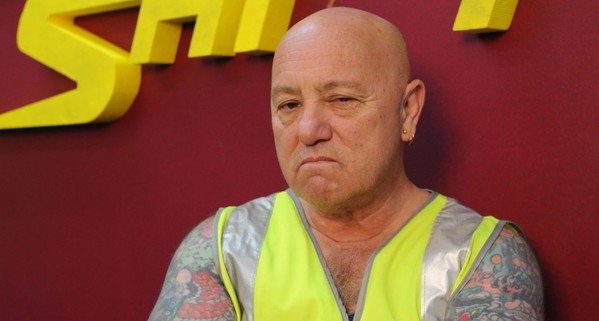 Overvall:
Swift and Shift Couriers, is not only one of the best Australian comedies this year, but also one of the best the country has ever produced. I can not express enough how much bombastic entertainment is packed into this series. Not only that, but it is unfortunately a common trend nowadays that it’s become less likely that you can say that a television show made you laugh. I can say with a hand on my heart that I laughed many times with Swift and Shift Couriers Season 2, more than I have laughed in a very long time. If you are looking for a laugh, Swift and Shift Couriers Season 2, is the right place to be looking.