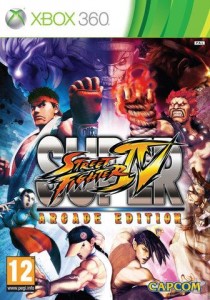 Two years ago, Capcom revived not only the Street Fighter franchise, but also the entire fighting game genre as a whole with the release of Street Fighter IV. With a jam packed roster of old and new characters, brand new battle mechanics, and a whole new coat of paint, the sequel went on to redefine the genre for this generation. After an upgraded version released a year later (that being Super Street Fighter IV), fans had yet another reason to rejoice as even more characters and content were added in to help push this sequel into further glory. Fast forward to today and we now have yet another upgrade of sorts in Super Street Fighter IV: Arcade Edition which brings the roster up to 39 and fixes some balancing issues of the past. The question now is if this new version is worth the upgrade or simply a quick cash-in to breathe further life into the franchise. So what’s the answer? Here is my review for Super Street Fighter IV: Arcade Edition. 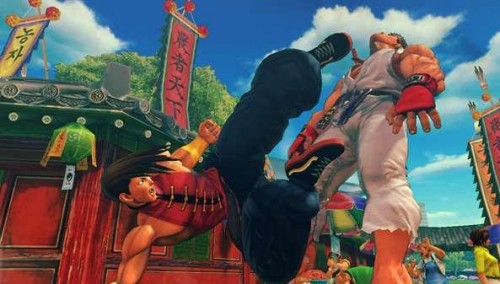 Gameplay
As far as Street Fighter games go, the main objective has always been to quickly execute as much damage on an opposing foe while stacking up combos along the way. This still stands true for Arcade Edition, but now Capcom have added some very noticeable balance corrections to essentially make the roster a bit more well rounded as a whole for the competitive scene. I really can’t say I have ever played the game on a competitive level, but those of you who spend your days crouched over a fight stick to dominate the online leaderboards, this is your love letter from Capcom as many minor issues have now been addressed.

The first big change that should be noticeable to many is revised balancing for animation frames and hit box detection. This allows for certain characters to have a quicker recovery time as well as special moves that can be executed at a faster (or slower) rate. The casual SSFIV fan will probably not pay too much attention to the changes, but those who are a part of the heavily competitive scene are sure to enjoy the tweaks as those small windows of animation can play a huge role into deciding a victor.

Now if you have by chance never tried the fourth entry into the Street Fighter series or Super Street Fighter IV, the first thing that you should be aware of is the actual way the game plays as a whole as I am sure the previous statement of hit boxes and recovery time went right over your head. To get you better introduced, let’s go over the many modes that can be found in the game.

FIGHT!!
I would imagine that anyone who is reading this review has played a fighting game in the past, and as I mentioned earlier, the core element to SFIV is simply to defeat the opponent presented in a timely fashion while trying to avoid attacks and pull as many damage-inducing combos as possible along the way. While Super Street Fighter IV is known for it’s competitive scene, it is still easy enough to pick up and play for anyone who craves some quick action, which may be why this fighter is the most prominent among this generation’s offerings for the genre. 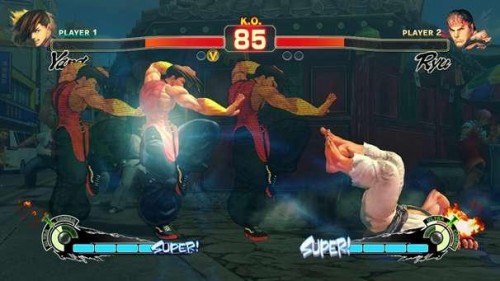 Each character have their own distinct feel and move-set in the game, and with 39 different characters, this can allow for quite a bit of time spent simply learning how to control each one and master their many techniques. Every fighter either specializes in ranged attacks or close combat, with differences in speed and power depending on who you actually pick. Punching, kicking, and blocking make up the core fighting experience, but to add in a bit of flare, special moves are also available to provide a bit of extra damage over a standard attack. To pull off one of these techniques, the player must quickly enter a combination of button inputs on the controller and if successful, their character will pull off a Hadouken, Spinning Bird Kick, or whatever special attack their particular character has in their arsenal. It’s a rather simple system, but there is a lot of strategy buried underneath.

Combos are the most important part of a battle, where a player can chain together standard and special techniques to consistently dish out damage on a foe. In my opinion, a fight-pad or stick works much better for combos, as a quick and steady hand is needed to efficiently pull off what could be a devastating chain and the standard controller (at least for the Xbox 360) does not offer the most comfortable experience when it comes to button mashing on a d-pad. Two meters can also be found on the lower portion of the screen, which offer a reward of pulling off a “Super” or “Ultra” combo after being filled. Both of these increased attacks can instantly change the tide of battle and leave the opponent either KO’d or at a critical point of health. Due to the power behind these combos, the whole animation sequence that follows, and the challenge of actually building up the combo meter, executing a Super or Ultra attack is one of the most rewarding elements in battle within SSFIV and leaves many fights ending with a memorable climax.

Arcade
If you have played any Street Fighter title, Arcade mode has always been a staple for the series. In Super Street Fighter IV: Arcade Edition, players start out by picking one of the 39 characters, watch a brief cutscene, and then go straight into battle. Each character comes with his or her own story, and while these stories told don’t include much depth, they do offer a bit of background for each fighter’s motive to fight, whether it be for domination, revenge, or a simple quest to be the best.

One thing that I have always loved about the Street Fighter series’ roster is that Capcom have allowed for a bit of imagination and mystique to surround each character, where you are playing a personality that you actually want to learn more about. Each character’s personality is also prominently displayed with taunts, intros, and a bit of voicework while fighting, so it isn’t too hard to pick out a favorite almost instantly from the jam-packed roster.

Arcade mode really boils down to defeating opponents one by one in a ladder-style tournament with the challenge increasing steadily as you progress. Throw in a few mini-games along the way and you have a mode that can easily be repeated for a great number of times due to the different line-ups and plots found for each fighter within the game. 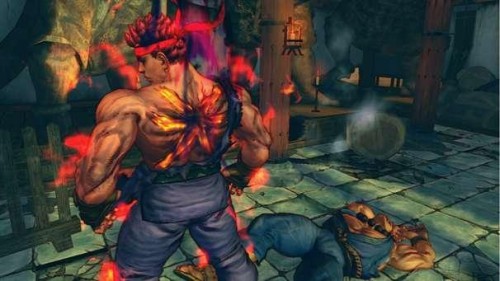 Versus
As it sounds, Versus mode allows for one player to either fight a human or computer player in a standard match-up. Players can also put two CPU opponents against eachother and watch the results (which can actually be rather interesting due to the AI being relatively smart). There is a training mode in the game already, but those who want to brush up on combos against ready opponents or simply challenge a friend may find this mode to be the closest thing to actually inserting quarters in an arcade machine. 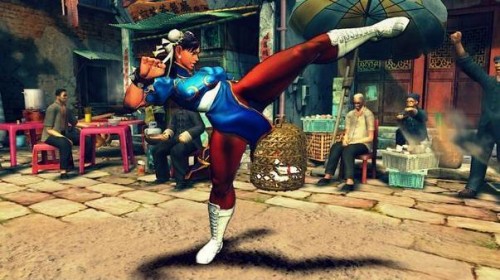 Challenge
I don’t think any mode is as important as Challenge Mode. If you are a casual player wanting to learn how to actually pull off chains of combos like the pros, this is your guide and a teacher of sorts for doing just that. Each character have their own set of “Trials”, in which the player must proceed to quickly enter the button combination presented to execute a combo, then move on to the next. The further you go, the greater the challenge. After a while, this mode will have you spurting off combos naturally as it’s purpose is to better improve the player’s skill level.

Sadly, the Arcade Edition of the game is not compatible with this mode and will revert down to that of Super Street Fighter IV, with Yun, Yang, Oni, and Evil Ryu absent from the equation. This is honestly a sad sight to see considering how complex each of the new characters’ movepool is.

Online
Super Street Fighter IV: Arcade Edition has nearly the exact same functions as the two previous versions for it’s online mode, but with a new and improved Replay function that allows for players to view some of the world’s best matches with a newly added follow function that can add replays to your channel from a particular player.

Those who don’t want to participate in matches with the Arcade Edition upgrade are in luck as well, as Capcom have implemented a feature that allows for the online function to be downgraded to that of Super Street Fighter IV. I can easily say that the servers are still as populated as ever, and while my win streak is still in the lower single digits, online certainly is where a lot of the true competition can be found and can add an infinite amount of replay value as you try to compete against the thousands of worldwide players.

Graphics/Audio
As far as the upgraded version goes, nothing has changed very much visually for the Arcade Edition, but that doesn’t mean that the graphics have aged at all. The unique and ageless art style can be found throughout every character and model within the game, and each area is heavily detailed with animations that bring life to each backdrop. Even minor details still shine through as well, with facial expressions signifying pain or joy during battle and even hair and clothing blowing in the wind which all tie together to keep this entry in the series from ever becoming graphically dated. 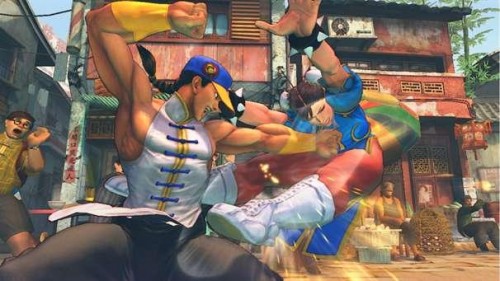 Music hasn’t changed whatsoever either, but honestly it still is as relevant as the graphics though, as the tunes truly give this game it’s edge and keep each fight exciting with the substantial and varied soundtrack. Each character’s voicework is done well and truly brings out a persona, adding even more effort into truly making this large roster a varied one to boot. As I am typing this right now, the main theme from the game is still glued inside my head hours after playing if that is any indication of the high level of quality given to the sound of the game.