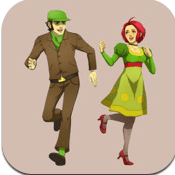 In an attempt to avoid a pun about ‘being thirsty for a good platformer’ I’ll just dive straight into it. There seem to be a few ‘retro’ style platforming titles for the iOS jumping around on the App Store lately. The latest to join the increasing market is Super Lemonade Factory. The title is developed by Initials Video Games, a small studio who produce games for the pure love of producing games. And boy oh boy, is Super Lemonade Factory a loved game! 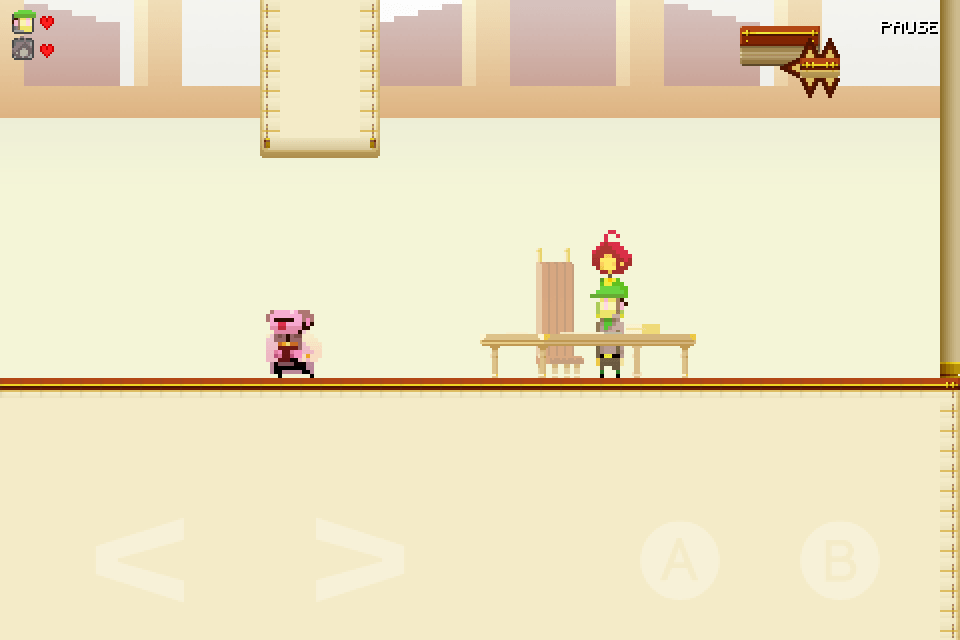 Super Lemonade Factory has a rather original story to accompany the jumping mechanics. Set in the post World War II era, Andre’s father has bequeathed Andre and Liselot with a lemonade factory. The two must venture throughout the entire factory – across warehouse, factory and management office. The story is primarily played out in cut scenes that take place before and after a series of levels are completed. Characters can also be talked to as you play out the game and gain insight into the running of the factory. It’s an extremely interesting and original premise, and it’s a joy to see it played out so well. 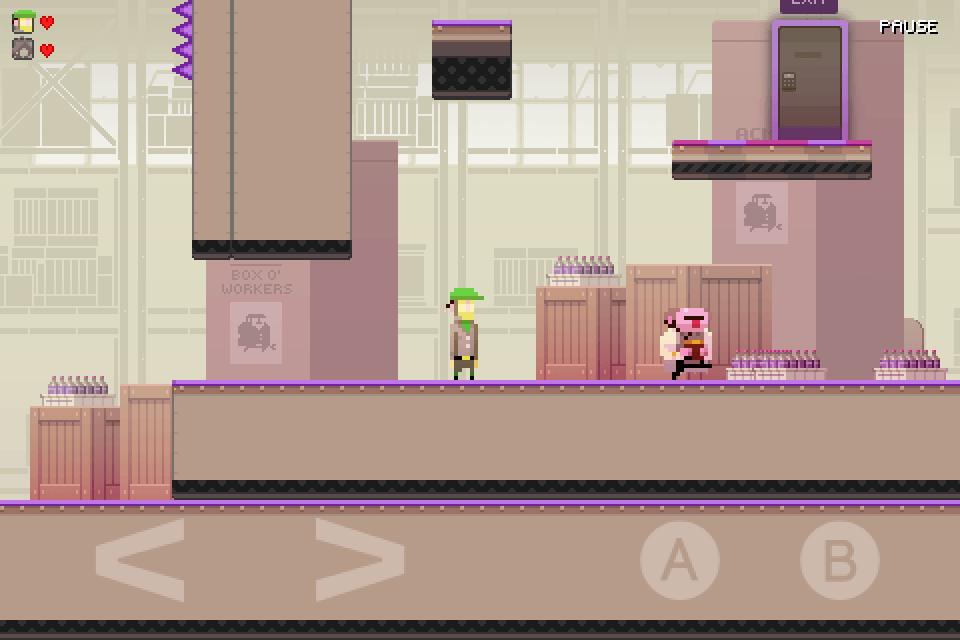 The game has everything your typical platformer should – platforms and a character that can jump. What’s interesting is how something as seemingly mundane as a factory, minus a premise of it being invaded or being the property of some evil overlord, can become a dangerous world that the player must nimbly navigate through in order to claim victory. The player takes control of two characters, who play co-operatively throughout the factory. Both have their own unique skills, Andre can smash boxes with a shoulder charge and Liselot can perform a double jump and also give small crates a giant heave. Moving through the levels with two characters will take a great deal of strategy, especially when attempting to collect all of the special items and making your way through all of the normal and hardcore levels – of which there are 72 in total. It’s interesting how the other factory workers act as enemies, in a nice little subversion. It is odd though that Liselot can converse with them, but it’s just another element of strategy and type of collectable that the game possesses. The game has a steady learning curve, with the normal levels being rather easy for those accustomed to platforming titles, and the hardcore levels posing a bit of a challenge. Luckily, the game will bring you back with determination attempting to collect all the items and beat the game in its entirety. 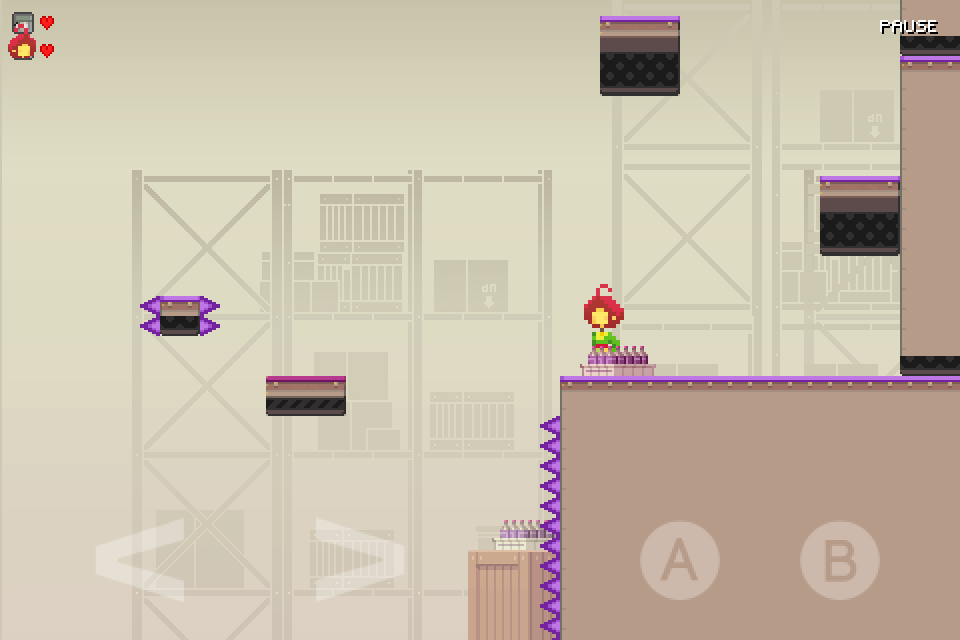 If the glory of finishing the game isn’t enough, then perhaps you can have your own turn at designing levels. Initials Video Games are allowing players to create their own levels for the flash-based version of the game. Just follow the link here, http://superlemonadefactory.initialsgames.com/play.html, to build your own co-op platform levels. The developing team will also take submissions and publish them in future updates for the App. 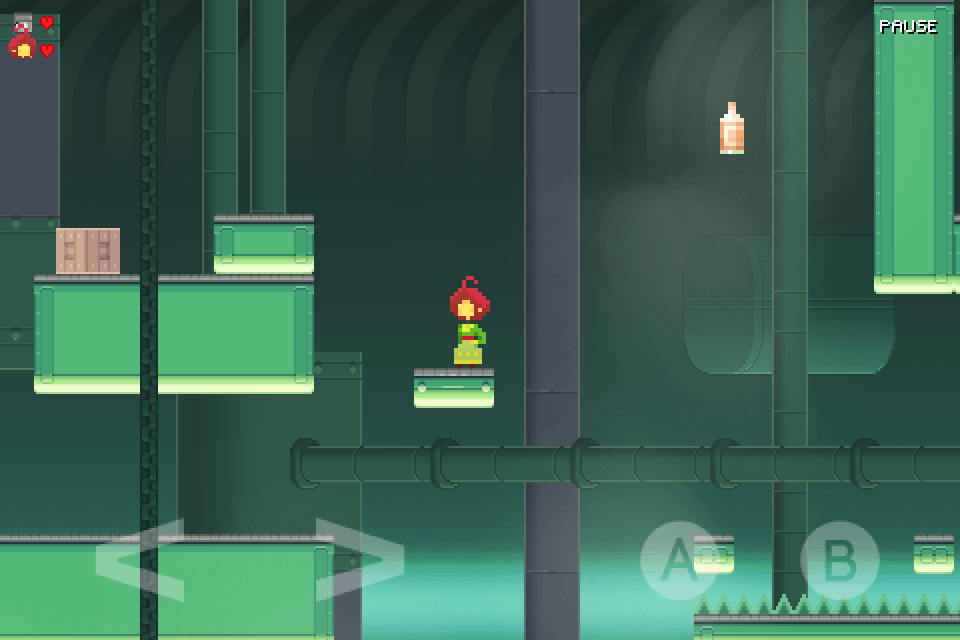 The title also manages to blend simplistic control design, in the form of two buttons and a two-way direction pad, and fuse it with intuitive swipes along the screen. To piggyback, swipe upwards while near your partner, or swipe left and right to change character. This creates an amazingly sense of seamlessness within the game and makes the fantastic use of the iPhone’s control system.

The visuals and audio adhere to the standard ‘retro’ look and feel. The music is an 8-bit style soundtrack that loops throughout the game. It’s a catchy tune that really gets you moving along throughout the world – with each series of levels having it’s own unique soundtrack. The sound effects too, are reminiscent of games now long gone and gathering dust. Not only was care taken in designing the characters, with colour schemes to match their occupation. But the world itself is meticulously designed. The pixel art is suburb, and I love the fact that each series of levels has it’s own colour pallet that reminds me of soda flavours. The platforms and background objects all fit perfectly together. Not only that, all three colour schemes match together to make a well crafted game. Little touches little bubbles floating on the title screen also just show how much time, effort and pride has fueled this games develop. 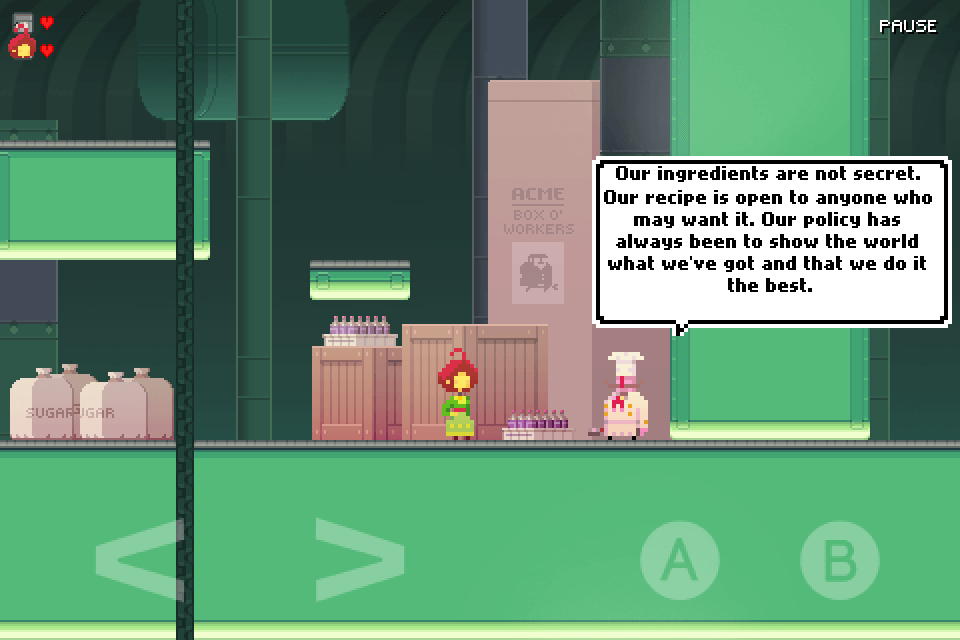 Both the artwork and mechanics are appropriately simplistic for the genre and platform, yet the title itself is filled with complexity. Super Lemonade Factory is a beautiful game about two working class heroes. It subverts the normal game conventions with a seemingly ‘everyday’ plotline, pushed forward with original mechanics and topped off with a beautiful game world. Super Lemonade Factory is nothing short of a treat to play, and replay, and replay again.