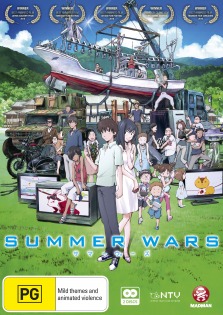 Kenji is your typical teenage misfit. He’s good at math, Bad with Girls and spends most of his time hanging out in the all-powerful, online community known as OZ. His second life is the only life he has – Until the girl of his dreams, Natsuki, hijacks him for a starring role as a fake fiance at her family reunion.

Things only get stranger from there. A late-night email containing a cryptic mathematic riddle leads to the unleashing of a rogue AI, intent on using the virtual world of OZ to destroy the real world, literarily. As armageddon looms on the horizon, Kenji and his new “family” set aside their differences and band together to save the worlds they inhabit. –Blu-Ray Blurb 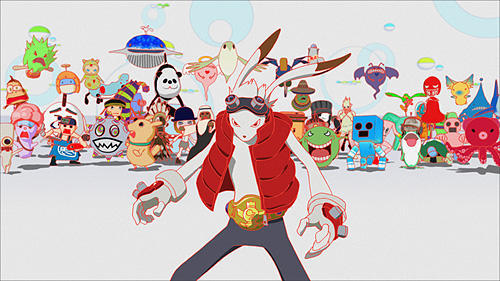 It’s easy to see how Summer Wars is so critically acclaimed. From the award winning director Mamoru Hosoda, Summer Wars contains some very impressive art direction and animation, and any anime fan will easily feel familiar to almost every aspect of the film, and will appeal to a wide variety of audiences regardless of taste in genre. It contains many different aspects of anime one may not ever expect to see within the one film, but it is done so in Summer Wars, and done quite remarkably well. Summer Wars is a must see, preferably own to all kinds of fans of Anime, and is truly a masterpiece in every sense of the word. 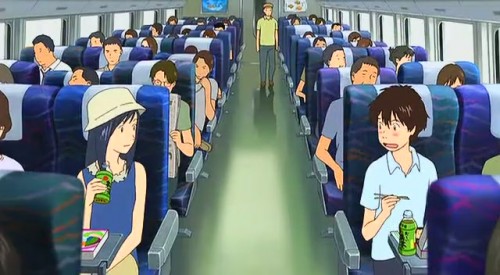 The film begins with an introduction to a social networking system called OZ- a virtual world accessed via mobile phones and computers where you can do almost anything, or buy almost anything, and runs much like an MMORPG video game such as World Of Warcraft, but more popular and accessible to the population like Facebook. We then meet our protagonist Kenji Koiso, a math nerd who does maintenance checks on OZ who agrees to pretend to be a ‘fake fiancée’ to the girl of his dreams at her family gathering. Things get out of hand though when a rouge AI program in OZ known as Love Machine hacks into Kenji’s account and uses it to cause widespread damage in OZ. It begins to spread and eventually becomes a worldwide hazard, hacking into millions of accounts and damaging economies and eventually begins hacking into military bases and firing weapons into the human world. While this is going on, the family begins to realises their true values and beliefs and eventually decided to gather all their OZ accounts together to fight against the wrath of Love Machine. 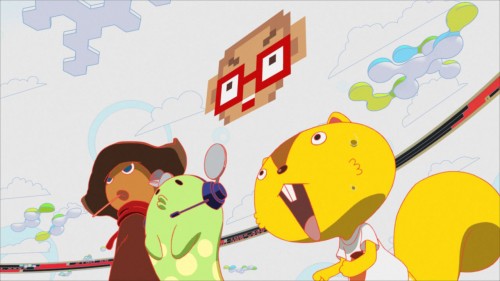 Summer Wars will have a very familiar feel to all fans of anime, regardless of taste in genre. The plot has been done before (Think of the original Digimon Movie, or even The Matrix) but it has a unique twist on combining it with a strong sense of family values and traditional Japanese culture. Jumping between the world of OZ and reality really has two completely separate tones, exploring two completely separate styles of anime. OZ represents a fantasy world where characters can fly, preform superhuman fighting skills and cute animals can talk, while reality has more believable character designs, family dilemmas, comedy, a love story and human emotions. One would think that skipping between these bipolar opposite worlds would be strange, however the script and directing combined makes it feel quite natural and it never seems out of place at all. It would’ve been nicer to see the world of OZ more explored in depth as the main focus is in reality, but its plain to see it was intended to be focused mainly on the character development of characters in the real world. It should be noted there is a scene that looses its relevance and appeal to western audiences based around a Japanese game called Koi Koi. There are a few parts of the movie that make you wonder though, such as why the main family appears to be the only ones fighting the global crisis, while the military appears to not be involved at all, and there are a few plot points and relationships that did have the opportunity explored in depth which never came around. But that’s the beauty of the film, it gets you so involved it leaves you wanting more. At times it does feel that Summer Wars is just taking all the best parts of various anime and throwing them into the same film, but it never feels like a rip off or a cliché, but rather homage, creating a sense of familiarity to the film and making it more appealing to a variety of audiences. Some will enjoy the scenes in OZ more, other will enjoy scenes in reality more, but Im sure most will just enjoy the film in it’s entirety, as it is a really enjoyable plot to follow. 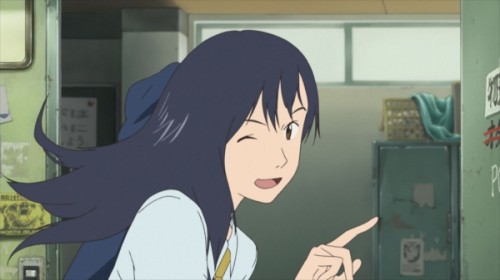 Theres about thirty different characters in Summer Wars, all with their own unique distinguishable personalities. The thing about them that makes each one stand out however is how they all appear to be based on a different stereotype commonly seen in anime, so viewers will easily feel connected to the characters and understand them, and provide variety to the story. Each character is presented well, with excellent voice acting and character design. There are many twists to the plot that will change your views on many characters, so they do keep you interested throughout the film. Almost the entire film takes place within a house filled with almost thirty people so as you can imagine it does provide a lot of dialogue and character development. The large cast of characters however can take away from the individuals and perhaps if there were less members of the household or less focus on them, it would be easier to build stronger emotional connections with other characters. Instead, we see a more ensemble cast, where almost all characters are just as important as each other. This isn’t the case as we do have the grandmother who acts as the movies speaker, often conveying the underlying message behind the film and protagonist Kenji Koiso as the leading role. His love interest also plays an important role and a young boy who acts as the lead warrior/protector. However, this isn’t always so obvious, as the film tries to focus on the family as a whole, and so Kenji, the grandmother and a suspicious uncle seem to be the only characters that stand out besides the antagonist who never speaks a word throughout the entire film. However, this is all to convey a message that working together to defeat outrageous odds, respect for elders, forgiveness and family honour, and it does so effectively, and the viewer really does begin to feel love for the family. 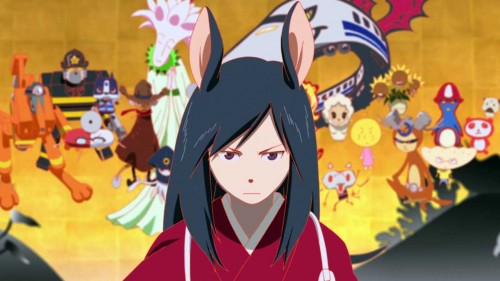 What truly makes Summer Wars shine is its beautiful art direction. The scenes based in reality contain an interesting approach, having very basic simplistic character designs yet very detailed a beautiful scenery and backgrounds. The contrast to this however are the scenes based in the virtual land of OZ, containing much brighter colours and a fantasy setting with much more simple settings and much more detailed character designs. The vastness of the internet is truly expressed with OZ’s settings being very open-spaced and appearing to be never ending, while the moralistic values of togetherness are represented in reality with often seeing closed-in spaces such as bedrooms and dinner tables bringing characters closer together. The animation is very fluent and highly impressive. Every movement feels natural and graceful and remains detailed throughout the film. The voice acting in Summer Wars are of the highest standard in anime, featuring many well-known names in the world of anime english dubs, and honestly there’s way too many to name. Pretty much just think of it this way: there’s a pretty good chance that one of the voice actors from one of your favourite anime is in this film. It’s also especially hard to compliment particular performances as they all have done quite a splendid job. The music is possibly the weakest aspect of Summer Wars, but honestly it’s not that bad. It does it’s job quite well and does compliment an already amazing movie. 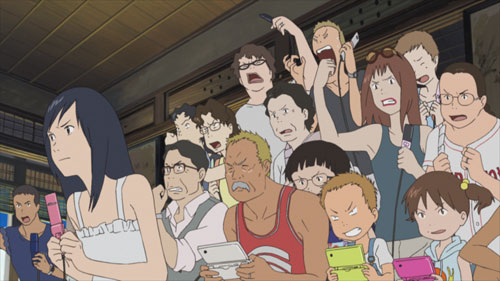 Summer Wars is a must see film for all anime fans. It has something for everybody: a virtual science fiction world, traditional Japanese culture, cute talking animals, comedy, awesome action scenes and good character development. Its great to see that the 2011 Madman English dub lives up to the extremely high standards set by the original Japanese film released in 2009. But don’t take my word on how much of a masterpiece Summer Wars is, check out the list of awards it has received: 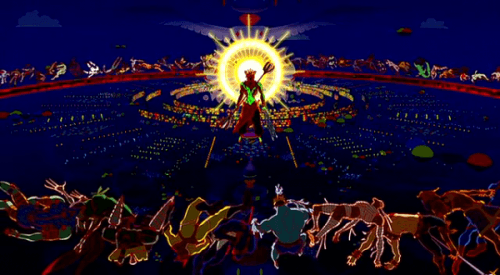 I give Summer Wars a well deserved :