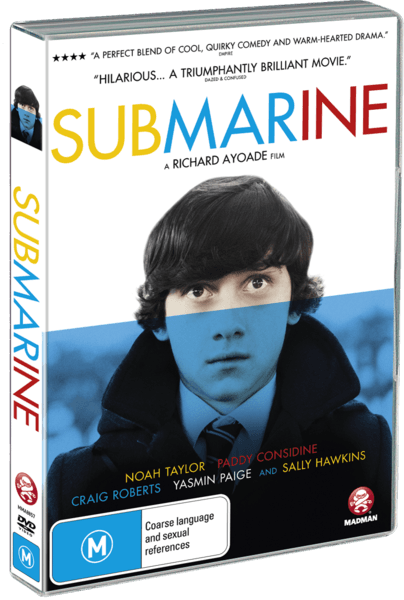 Adapted from Joe Dunthorne’s 2008 novel of the same name, Submarine is the latest film by British writer/director/actor Richard Ayoade. Most people may be familiar with Ayoade for his role of Moss in the television series The IT Crowd. This time around, Ayoade has firmly planted himself behind the camera as the director and writer. Instead, the film stars newcomer Craig Roberts as 15-year-old Oliver Tate and Yasmin Paige as his classmate and object of affection – Jordana. 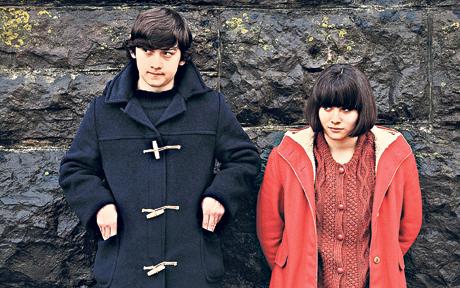 Submarine is not your typical coming of age film. 15-year-old Oliver Tate imagines his life as a film, which funnily enough it now is. Oliver falls for this classmate, Jordana, who he believes to be the love of his life. His two primary objectives are to lose his virginity to her and to keep his mothers ex-lover at bay. The film takes us on a journey through Oliver’s life, narrated by Oliver himself in manner absolutely fitting for both a film adaptation of a novel. His parent’s problems, his own shortcomings and his hopes and fears are laid out evenly throughout the film as it progresses. The story may seem fairly typical for the ‘coming of age’ genre, but told through the perspective of the slightly awkward Oliver Tate gives the story that much needed touch of originality. 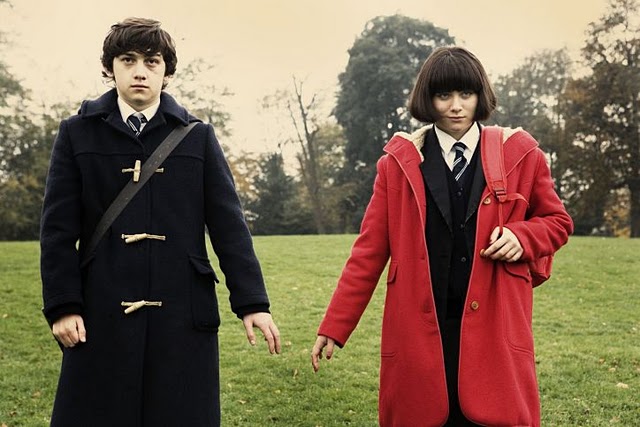 Submarine is a film based on a novel narrated as if there was a film crew following the mai﻿n character around. Director Richard Ayoade has taken advantage of this narrative device, constructing the film in three acts, making for some beautifully progressive story telling. The film style is what some may describe as ‘quirky’ – that unique blend of vivid colours and symbolism that you only ever see in independent films that seem to have more money then their ‘indie’ tag would suggest. While that may sound somewhat negative, it works well for this film. Throughout the film I am constantly forgetting that the film is set in the 1980’s or in Wales – making it appear to be a timeless tale of adolescence gone wrong. The clothing style, while on reflection may seem dated, does add to the slow and steady narration style of the offbeat Oliver Tate. While the story may at times become monotonous and the characters on the brink of painful, you’ll always be captivated by the wonderful world that the film has allowed you to peek in to. The subtle hint of voyeurism – mostly stemming from the self-referencing wish for a film crew – manages to keep you engaged through out the length of the film without becoming too creepy. 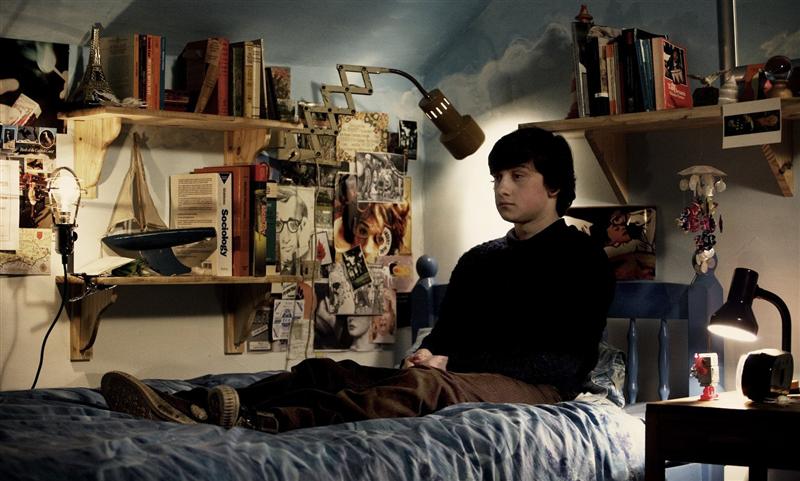 The audio too plays with Oliver’s want for a bio-picture of his life. Moments of narration are accompanied with upbeat music, which fits the pace of Oliver’s voice. Each narration has music fitting to the topic of the monologue – for example when Oliver discusses his fathers profession as a marine biologist the soundtrack has an ambient underwater sound. For the most part, music is absent from the film, and focuses on the soundtrack of everyday life and dialogue between characters. Trains running past or other everyday noises add a real element of charm to the film and also help differentiate between reality and Oliver’s slight delusions of his own life. There are the odd scenes in the film too, where Oliver and Jordana begin to bond, which are perfectly accompanied by love songs – perhaps from a mix cassette given to Oliver by his father. 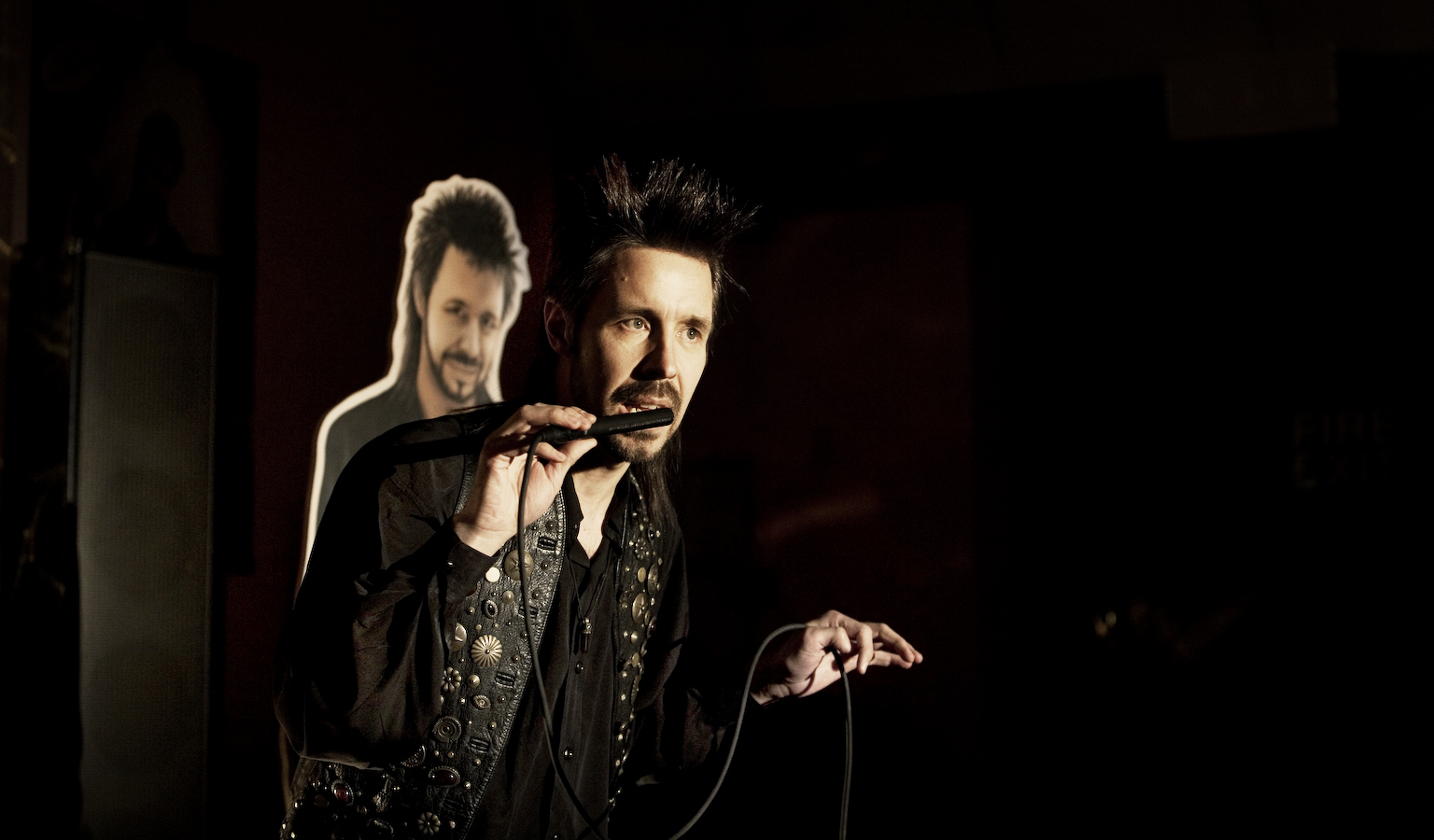 The extra’s are essentially like any other DVD’s – commentary, deleted and extended scenes and also some cast interviews. The interviews have the cast talk about their thoughts on the character and their connections to which they have recently played. It gives a little more insight in to the minds of the characters, which at times are often hard to read in the film. The directors’ commentary is rather monotonous, but for those willing to brave it, you shall be rewarded with incredible insight into the adaptation process from novel to film – having both Joe Dunthorne and Richard Ayoade discussing the film process in a rather casual manner. An interesting note is the fake inspirational video, filmed like it was right out of 1986, of the films character Graham Purvis – Oliver’s’ neighbour and mothers first love and also motivational speaker. There is a somewhat ill fitting message from Ben Stiller who worked as the producer (or caterer according to the Q and A with Richard Ayoade, also a DVD bonus). If you liked the film, getting some background insight into the process of constructing it will be well worth your time. 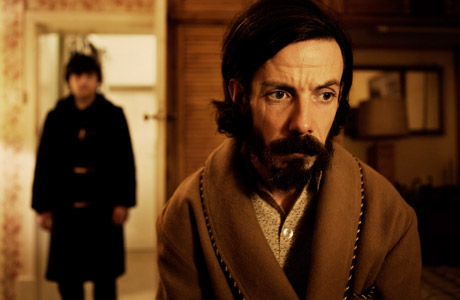 Submarine is a wonderful effort by all, but just doesn’t leave that lasting impression. The film does lag on for quite some time, and with many layers of dry subtly it may leave you aching for a conclusion. The visual style – heralding back to what can best be described as a ‘vintage feel’ – is absolutely breath taking, and not at all lost in it’s portrayal of the mundane. It’s a lovely and unique film, yet fails to hook you in for that coveted second or even third viewing.