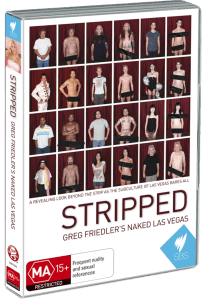 First things first – I have to say that a DVD with naked people (and blacked out body parts) on the cover is surely something to take notice of. When I was greeted by Stripped: Greg Friedler’s Naked Las Vegas, it was most definitely confronting. When I popped in the DVD, I realised that the cover was only scratching the surface of this documentary by David Palmer.

Stripped is one half an artist’s journey; the other half is a journey into humanity. For this very reason, it becomes a real experience that transcends the separation between film and spectator, and asks all of us: what really happens when we are stripped not only of clothes, but of our image and inhibitions as well?

Stripped sees David Palmer following a photographer, Greg Friedler, in August 2007 as he finds subjects and photographs them for the final book in his Naked series, Naked: Las Vegas. Friedler arrives in Vegas with no confirmed shooting plan, subjects, or a location, but over 30 days managed to photograph 173 different people for his book. Through the documentary, Friedler encounters people from all walks of life, including strippers, bartenders, accountants, lawyers, and the homeless. Friedler also struggles with his own issue of depression in Las Vegas, and the shoot is equally as revealing about the city and the artist as it is about humanity. 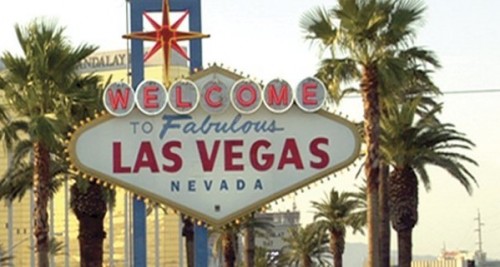 Welcome to the (naked) city of Las Vegas

The narrative is one that is simple, but compiled in a way that the entire tale is a coherent and developed journey – which can be difficult for documentaries. Palmer layers the story and as it unfolds, more and more is revealed about the façade of Las Vegas and what the city can truly do to people who live there. The inclusion of people from all different walks of life give Stripped a very human touch, and throughout the entire plot everything is kept down-to-earth and real.

However, with reality comes confrontation and Stripped packs a big punch of reality from the first shot until the last. Images of people from all walks of life and people who have been beaten and torn down by life are especially harrowing to get through; it’s a real wake-up call to the truth of life in a city so fuelled by addiction and wealth. If you can get through the film though, there is most definitely plenty to be learned and sometimes in life, we need a shock or two to remind us of what it means to be human.

Of course, the main person involved in the documentary is the photographer himself, Greg Friedler. Friedler is the typical artist that wrestles with his art form and with depression, and of course, he can only find solace in his photography. While there is definitely so much respect to be held for Friedler through this entire doco, I couldn’t help but feel at times that he accentuated his role as a “tortured artist” of sorts for the camera – at times, he went from “tortured artist” to “annoying artist”, and his exaggeration of this aspect of himself really makes the documentary seem more like a docudrama in that respect. 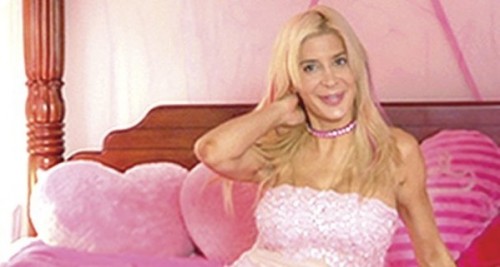 Yes, she does get naked later.

The people who pose for Friedler all come and go, but in a sense they all represent one character: the human being. While all of them hold their own individual characteristics, mannerisms, and they come from all walks of life, it is these people who remind us of what it means to be exposed for the humans we are. In this respect, these nude models are the raw essence of the inspiration for Stripped: when everyone is stripped of the material and simply shown as a person, there is such a powerful reminder of equality between all people on this earth. Moreso, with their courage to strip, there is a reverberating beauty of each individual – regardless of their weight, height, or physical makeup – that transcends appearance. These models are the true shining stars of the documentary, in my opinion; while there is such a focus on the photographer and his project, what makes it come to life are the people who he encounters in Las Vegas.

As I mentioned earlier, the shots in Stripped are most definitely confronting. The inclusion of the naked body from start to finish encompasses what the film is about, though, and it would not have nearly been the same without it. The cinematography is fairly standard, but at some points there were low angles of Friedler just standing there or sitting in a pose that was clearly only inserted for visual effect. While I’m all for the beautiful shots, many seemed highly disjointed and out of place in Stripped – in fact, they actually took away from the confronting nature of it all. 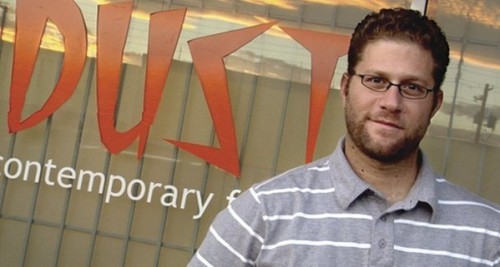 Yet another one of those ‘arty’ shots…

In regards to location, Palmer did most certainly show both sides of Las Vegas through the eyes of the lens, which was a great spin on the conventional Vegas image of gambling, luxury, and excess. His shots of those who lived outside of the Strip truly exposed a different side of the city; with that being said, any shots of sensitive subjects (such as the homeless man or the couple who both had XXY chromosomes) were handled in a great manner to create a powerful image without belittling or condescending the subject.

Audio-wise, some people were hard to hear and I had to turn my volume up quite high at times. The soundtrack was nothing special – Palmer’s crew did everything by the book in this regard. There is sad music when there is supposed to be sad music, and uplifting music in moments where everything is going right. Nothing jumps out, and the music is subtle enough to support the narrative well.

The DVD comes with no extras, and it is probably far too hopeful to wish for bloopers of funny things people said when they were asked if they wanted to pose naked. The documentary is great as a standalone and really doesn’t need any features to sell it, and I suppose at the end of the day watching naked people for over an hour is enough on its own anyway.

Stripped: Greg Friedler’s Naked Las Vegas is an interesting project that examines the true power of the naked form. While it is a great documentary to watch and the subject matter is interesting, there is nothing truly avant-garde about Stripped to make it resonate with viewers in the long run. All in all, it’s worth one viewing – but that’s probably the first and last time you will watch this film.