Striker Soccer 2 is a portable, on-the-go game for soccer fans. With an impressive line up of leagues and teams to choose from, the game could very well appeal to the die-hard soccer fans looking for some bite-sized football. However, the game has a very pay-to-play and even pay-to-win feel to it that really detracts from the overall experience. 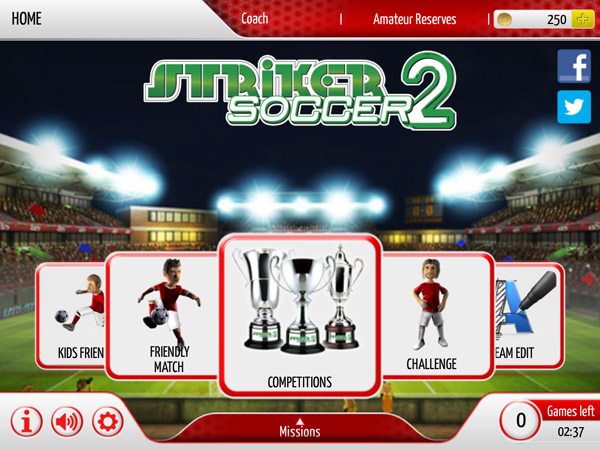 SS2 is a soccer game, plain and simple, and it does this relatively well. You control the player either holding or closest to the ball at all times, and the game is relatively intuitive for pinpointing where a kick will land and as such the closest player to switch to. Controls are simple too, with an on-screen joystick and two buttons (one for pass and the other for score). The buttons are large enough and placed in a convenient enough spot that you will not have any trouble moving your player around the field.

The game contains four main game modes; Competitions, Friendly Match, Kids Friendly and Challenge Mode. The first three of these have you playing games of soccer against an AI opponent, with the Kids Friendly mode having the players move on their own (requiring you to just kick and pass). Challenge mode is definitely the meat of the game. 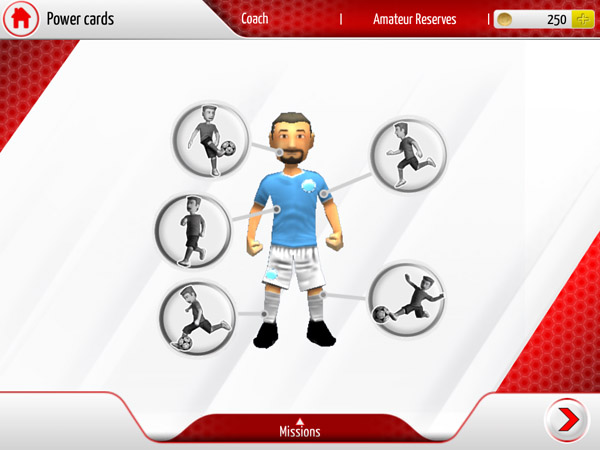 Challenge mode has you playing the role of a coach, guiding his players to success, and you do this by having them complete certain goals or certain actions under different circumstances. The first challenge has you leading 2-0 at the end of the first half, and you need your players to maintain that score until the end of the game. Challenges like this offer a change of pace from the typical game-based modes.

Soccer fans will love the variety of different team and league choices for them to play as. The game features 17 different leagues, each containing 4 different teams for a grand total of 68 different teams. While there is a tonne of variety for players, there is no real difference between them all aside from cosmetically.

SS2 has what is becoming a mainstay of free to play games; the energy bar. Your complete energy bar of four games. Each game costs one use of this energy bar to play and it doesn’t matter if you complete the game in question or only spend a few seconds in it,  the energy is expended none the less. Energy can be replenished over time (25 minutes for each game) or by spending your in-game coins or real world dollars on replenishing it. While the energy bar is a mainstay now, only getting 4 uses out of the game before you are stuck waiting is a bit of a hard hit, and definitely makes it feel pay-to-win. In addition, the completion of every game brings up a giant, full-screen sized add for another game and clicking on this add will take you straight to the app store page. It is impossible to get around these adds without closing them, and sometimes you will also be treated to a 12 second trailer for a game too. 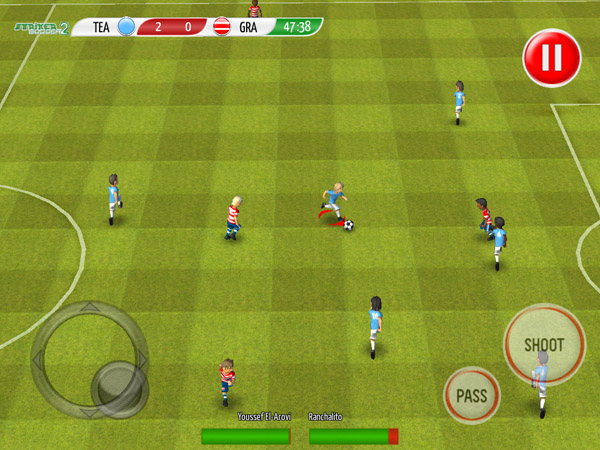 Visually, SS2 is a little bit lacking. The textures are bland and plain, while character models are blocky and jagged giving the game a very low-res appearance. While there is a lot to be said for the way the game looks, impressively there are a full roster of players running around at any given time, and the game hardly ever suffers from lag or frame rate issues. However, these rosters of players all look almost identical except for the slight skin colourations between them. 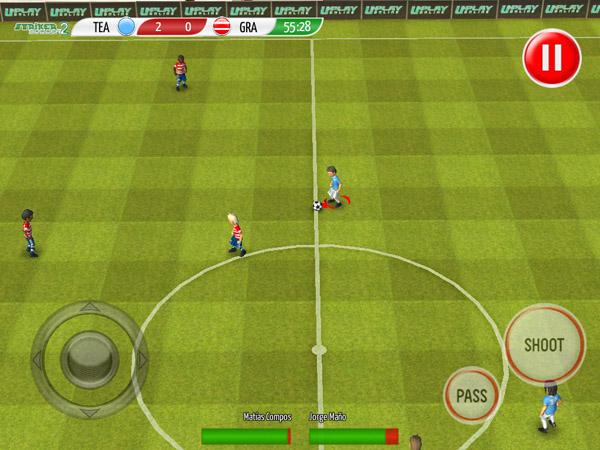 There is a constant dull roar of the crowd which helps to set the tone and feel of a soccer game, but is quiet enough to not interrupt or annoy you while you are playing. There is not much in the way of music presented in SS2, which means aside from the dull roar, the only real sound you will hear is that of the ball being kicked. 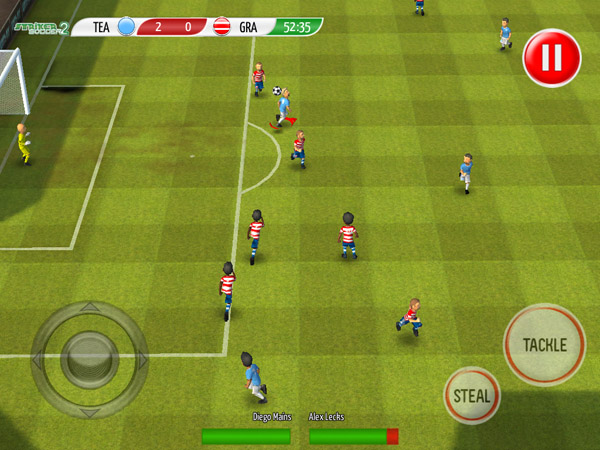 SS2 is best described as a bite-size mouthful of soccer for on the go, and to that end it does its job well enough. Soccer fans will get a kick out of the 60+ teams available, and the challenges should keep them coming back for more. However, the game’s pay-to-play style doesn’t gel with me personally and the massive advertisements between average matches really detract from the enjoyment of the game.