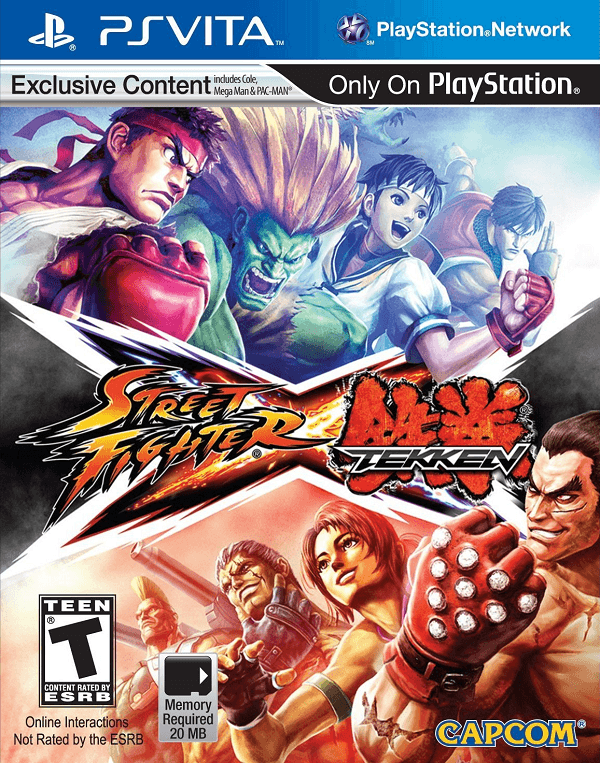 Overview:
In what has become something of a common practice for Capcom, the company has created another fighting game which pits two classic franchises against one another in one on one combat.  Seven months ago Street Fighter X Tekken was released to consoles around the globe to a mild amount of fan fair and more controversy than you could shake a stick at. Now Capcom has brought Street Fighter X Tekken over to the PlayStation Vita with a few handheld specific upgrades and some special characters. Does the game make a smooth transfer onto Sony’s handheld?

Story:
A strange object has crash landed in Antarctica and while no one knows truly what the object is, it appears that anyone who fights near the box shaped object gains special powers that makes them stronger than they ever were before. Because of the rise in conflict this mysterious box causes, it has been called Pandora. Thus two forces of fighters have set their eyes on the box and must do battle with one another to obtain it. 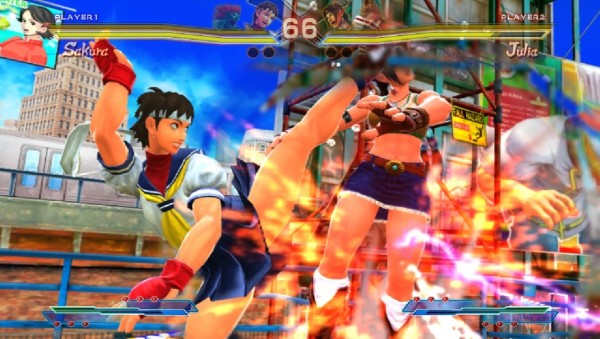 Anyone who has played the console versions of Street Fighter X Tekken will see that nothing has changed in the storyline this time around and anyone who hasn’t played it shouldn’t expect wonders here as Capcom has provided an absolutely barebones storyline that simply sets up a weak premise for why these characters would even be fighting in the first place and nothing more.

Visuals & Audio:
Perhaps the most stunning thing about Street Fighter X Tekken on the PlayStation Vita is how gorgeous this game looks. Usually when a game is brought over to a handheld the visuals suffer in a significant way, however that is simply not the case with Street Fighter X Tekken as the game’s graphics are just as colorful and the fighters’ character models have only lost a small level of detail. 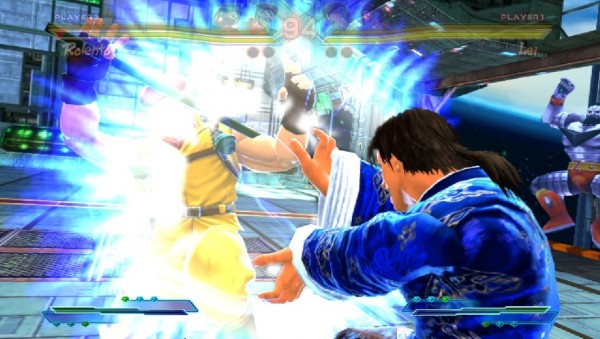 Little seems to have been sacrificed to make the game work on the Vita and this has created a near-console-like visual experience in the palm of your hands as the characters still have the classic touch Capcom used in SFIV and the backgrounds are still animated and as stunning as they were on consoles.

To go along with the game’s great visual presentation the background music is still as excellent as before with a nice collection of fast-paced tunes to keep your blood pumping in the menus as well as in the fights themselves.

Gameplay:
If you’ve played Street Fighter X Tekken on the consoles then you should know roughly what you will be getting into when you start up the Vita version, but for everyone else the game controls very similar to past Street Fighter series with this one taking many notes from SFIV. However players will now be able to use both Tekken and Street Fighter characters that pair off against other members of these franchises. 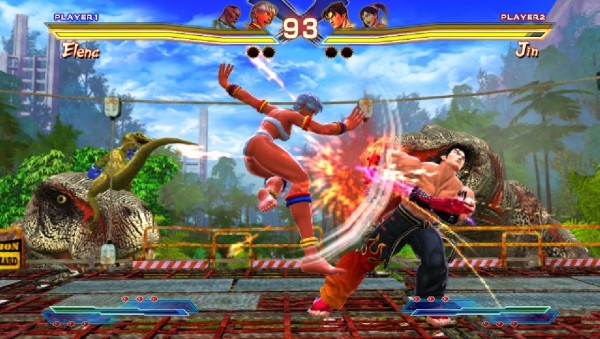 As you fight it out you will fill up a Cross Gauge that can be used to pull off various powerful attacks such as Super Arts, Ex Attacks and Cross attacks which allow the player to quickly swap their fights to deal a large amount of damage to your opponent. Here is where Capcom has changed things up a little bit on the PlayStation Vita as they have offered a chance for players to set various attacks and combos up with an easy to use touch screen interface.

Players can choose to use either the front or the rear touch pads on the Vita to activate one of four customizable tiles that will execute an attack string that can be anything from a powerful combo attack to a simple punch if you wish it. These touch screens do make the playing field a bit easier for those of us who aren’t great at remembering more complex move inputs but they don’t sway the gameplay so much that you can easily defeat opponents by using it.

If you choose to not use these touch screens and prefer fighting with the standard face buttons then you shouldn’t worry about playing on a handheld device. The controls on the Vita do an amazing job handling the fast paced inputs that Street Fighter X Tekken can sometimes require and the responsive controls will never let you down despite how hectic things can get in these tag team battles. 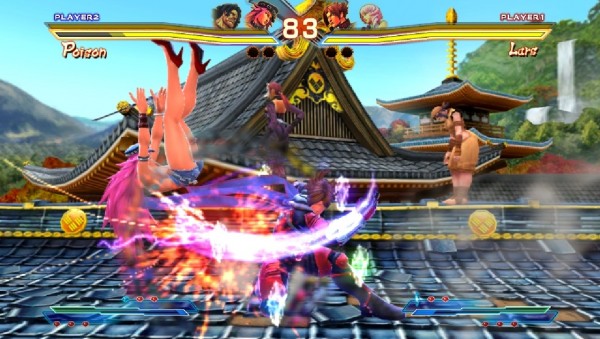 Outside of fighting against various enemies, the menu’s in the game have been given the touch screen treatment as well. This means that navigating through the main menu, character selection, customization, etc. will require use of the front touch screen. The navigation is rather fluid and doesn’t feel like a forced use of the touch controls so there should be no qualms about this change. It is also worth noting that Capcom added an augmented reality photo mode which allows the user to take a picture with their favorite character if they wish it. Nothing really exceptional here but still a nice little bonus for people who may be die-hard fans of either franchise and want to be next to Ryu or Jin.

Now Street Fighter X Tekken on the Vita also contains a slew of new fighters that weren’t available in the standard console versions of the game. In fact players will find twelve characters playable on the Vita as well as a code that will unlock these characters for the PlayStation 3 version of the game. This means that the Vita version contains an absolutely stunning number of characters that you can play as with a roster simply bursting at the seams with not only Street Fighter and Capcom characters but Cole from Infamous, Pac-Man and Mega Man which bring the total number of playable fighters to 55. 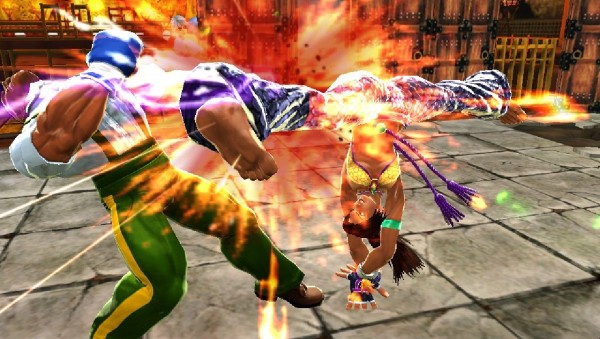 Now considering the Vita is a handheld device that has zero option to connect straight to the internet via a wired connection, many people may be concerned about the online multiplayer of Street Fighter X Tekken on the Vita. Well you can put those concerns to rest because out of the many fights that I experienced online only one in every ten matches felt like it was plagued with lag during the actual fight, though character interactions were laggy through most online matches. It is also worth noting that players can actually fight against users on the PlayStation 3, pitting Sony’s handheld against Sony’s console and it didn’t seem like my console playing opponent held any special edge despite working with a full screen.

Overall:
It comes as quite a surprise that Capcom has managed to bring Street Fighter X Tekken over to the PlayStation Vita while sacrificing little in the visuals and nothing in the gameplay department. In fact, with the addition of touch controls and Vita specific characters, many may see this as the definitive version of Street Fighter X Tekken. With an online multiplayer mode that rivals the console versions any fan of fighting games who own a Vita would be doing themselves a disservice if they pass this title up.