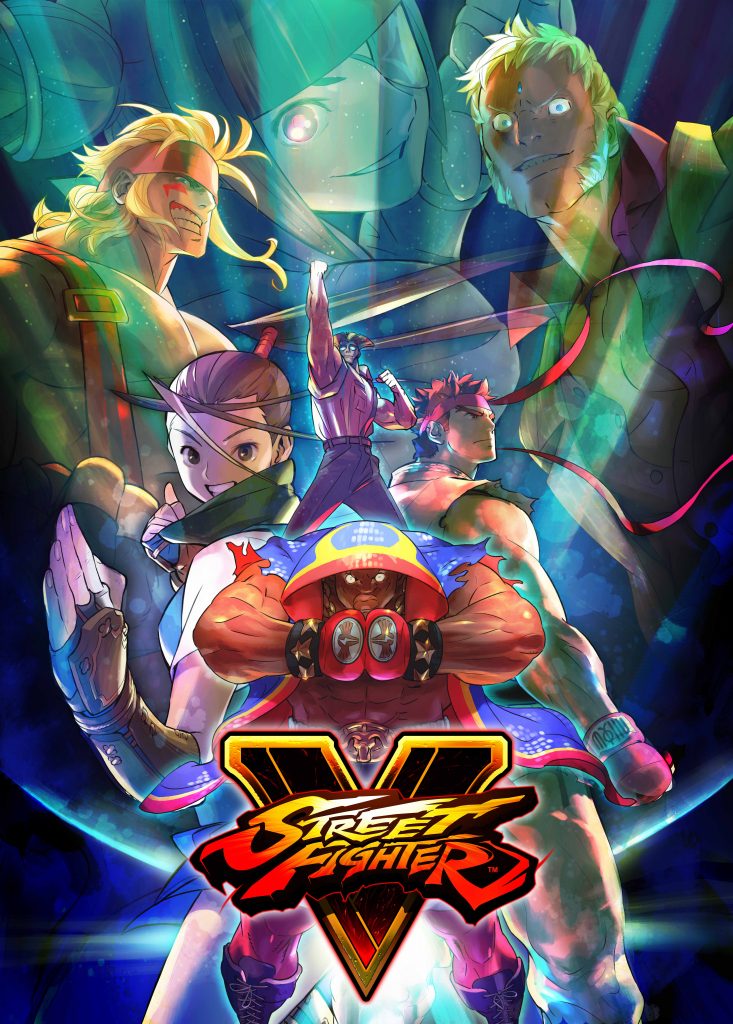 Up until around ten years ago no one really expected much from a fighting game when it came to the story department. Nearly every title offered a base storyline to gather the fighters together and then individual storylines for each of the characters, some of which didn’t even connect to the core story in any way. Then things began to change. Games like Mortal Kombat, Blazblue, Dead or Alive, Injustice, and even low budget fighters offered story modes that incorporated an entire roster of characters interacting, fighting, and eventually coming to a head.

When Capcom launched Street Fighter V it lacked any worthwhile story but now the company has released their first cinematic story in the form of “A Shadow Falls.” The question is, does this story mode and latest update add anything worthwhile to the game?

The core of Street Fighter V: A Shadow Falls involves the Shadaloo using strange satellites that have been placed in orbit around the planet. When activated using strange chess piece like objects that have been sent around the globe to various locations, including into the hands of fights such as Laura, Zangief, and others, they can cause mass hysteria in the locations they are placed. This is demonstrated when F.A.N.G. manages to utilize a piece to activate one of these “Black Moons” and completely disables all network and power grids in the city of New York. 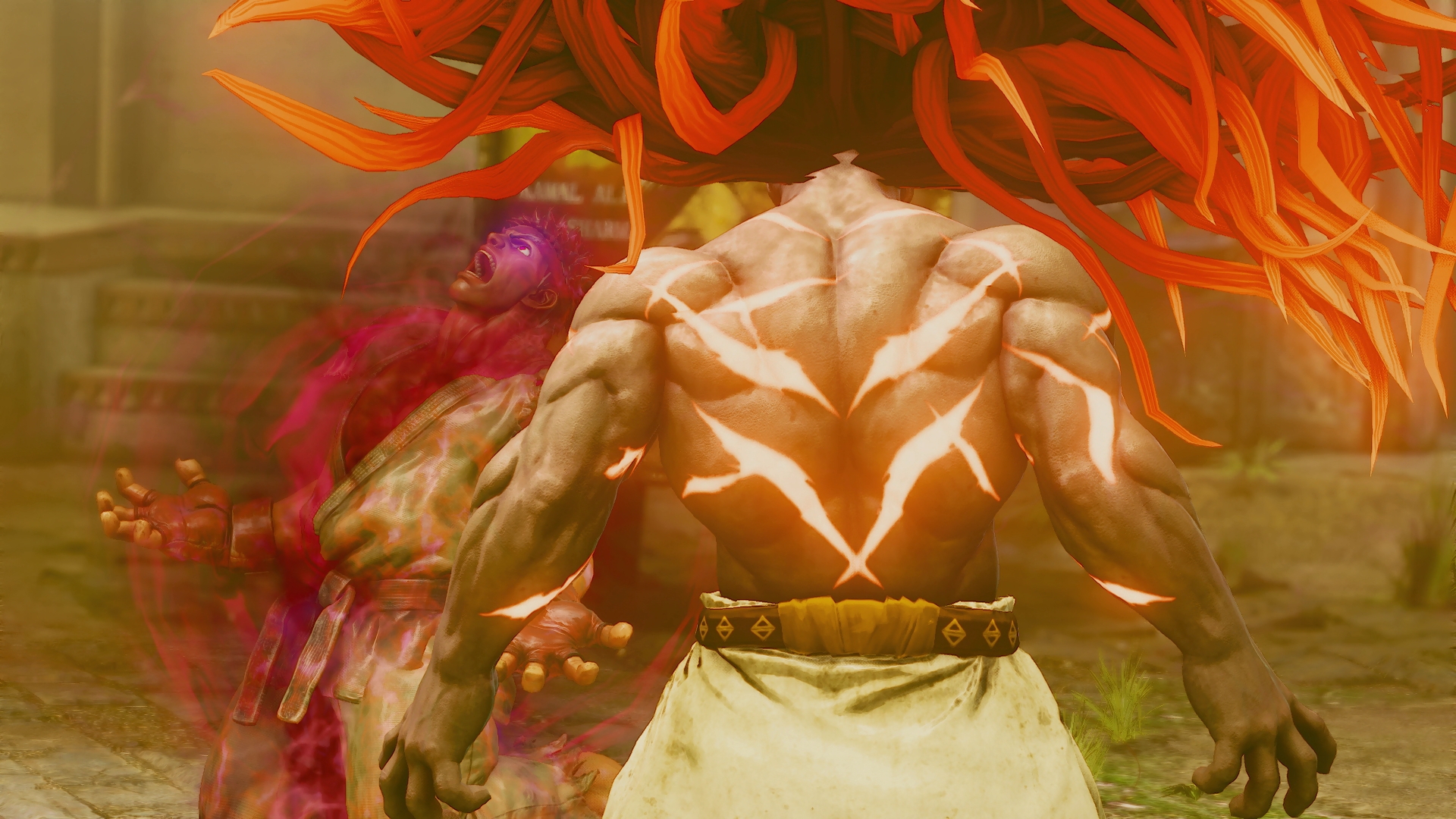 The Shadaloo plans on using these Black Moons in an effort to cause chaos which will, in turn, provide Bison with even stronger Psycho Power abilities and even make him invincible. As such it comes down to the various other fighters around the globe who will need to stand up to the Shadaloo forces because not only do these pieces serve as a way to activate these moons, they also can be used to disable them for good. This places three factions on the move as the Shadaloo members seek pieces in order to enhance Bison, the heroic fighters try to prevent it, and then another group involving Charlie Nash, who wants revenge against Bison for killing him, moving in an effort to find these pieces.

There are of course a couple of random fighters mixed into the mix, including the lauded Necalli who is treated almost as a joke thanks to the amount of screentime and handling in the story mode. I say this because while no one really expects anything amazing from a fighting game’s story mode, especially when the Street Fighter franchise is extended outside of the games and into other media rarely turns out well, players should be prepared for a bare bones storyline that barely even attempts to deliver any meaningful character interactions or anything outside of being a bit corny here and there. 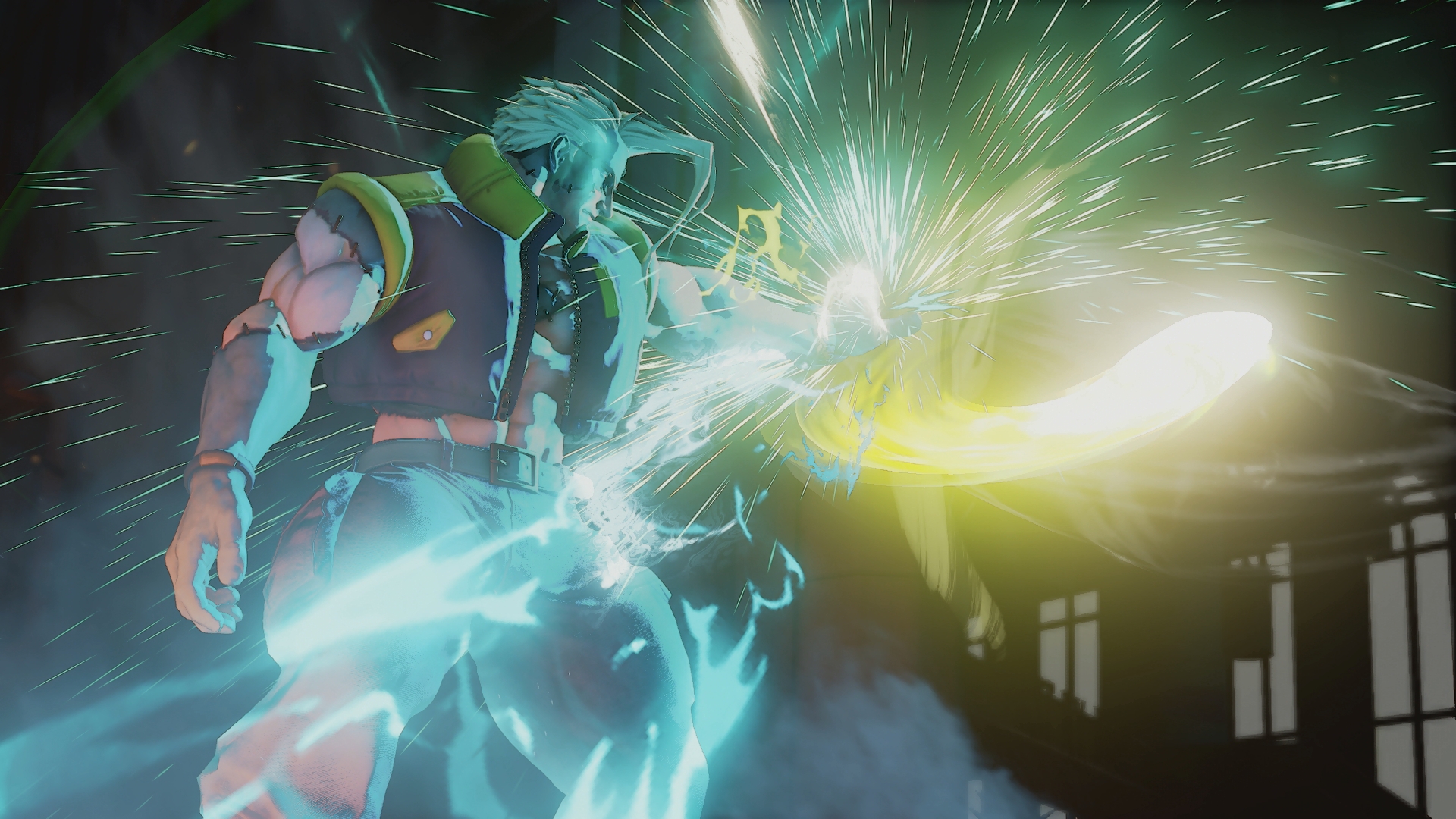 In an effort to keep things as simple as possible, players will be able to complete the story mode in the game in less than three hours and this is a real shame because this story has a lot of missed potential. One of the biggest problems comes with the ever shifting focus of the story as it jumps between character groups in an effort to give every character a chance to step into the spotlight only for most of these characters to serve as nothing more than background filler for the rest of the storyline.

Interactions between characters who should really have been given a chance to talk in some form, such as Charlie and Guile, are never delivered in any meaningful way and even the potential for dipping into fun little side events thanks to some strange pairings that are made up with the group of characters facing down Shadaloo are never explored outside of a few repeated gags since most of the dialogue is strictly story advancement or explanations and that is all. This means that those looking for any real storyline here shouldn’t really expect much, especially compared to everything else that is on the market these days.

As mentioned before, those who play through the game’s story mode will find themselves completing it in around three hours or less and this is thanks to the way that the fights are worked into the game. Every time the player is dropped into a battle they are given only one round to fight against an incredibly easy opponent who will often stand there and simply let the player beat them without even trying to move or, at best, use basic combat actions that rarely are a threat. With this completely lacking computer AI these fights rarely last longer than ten seconds a piece and this ends up resulting in a complete lack of tension in the story mode as well since any conflict is resolved almost instantly by the player. 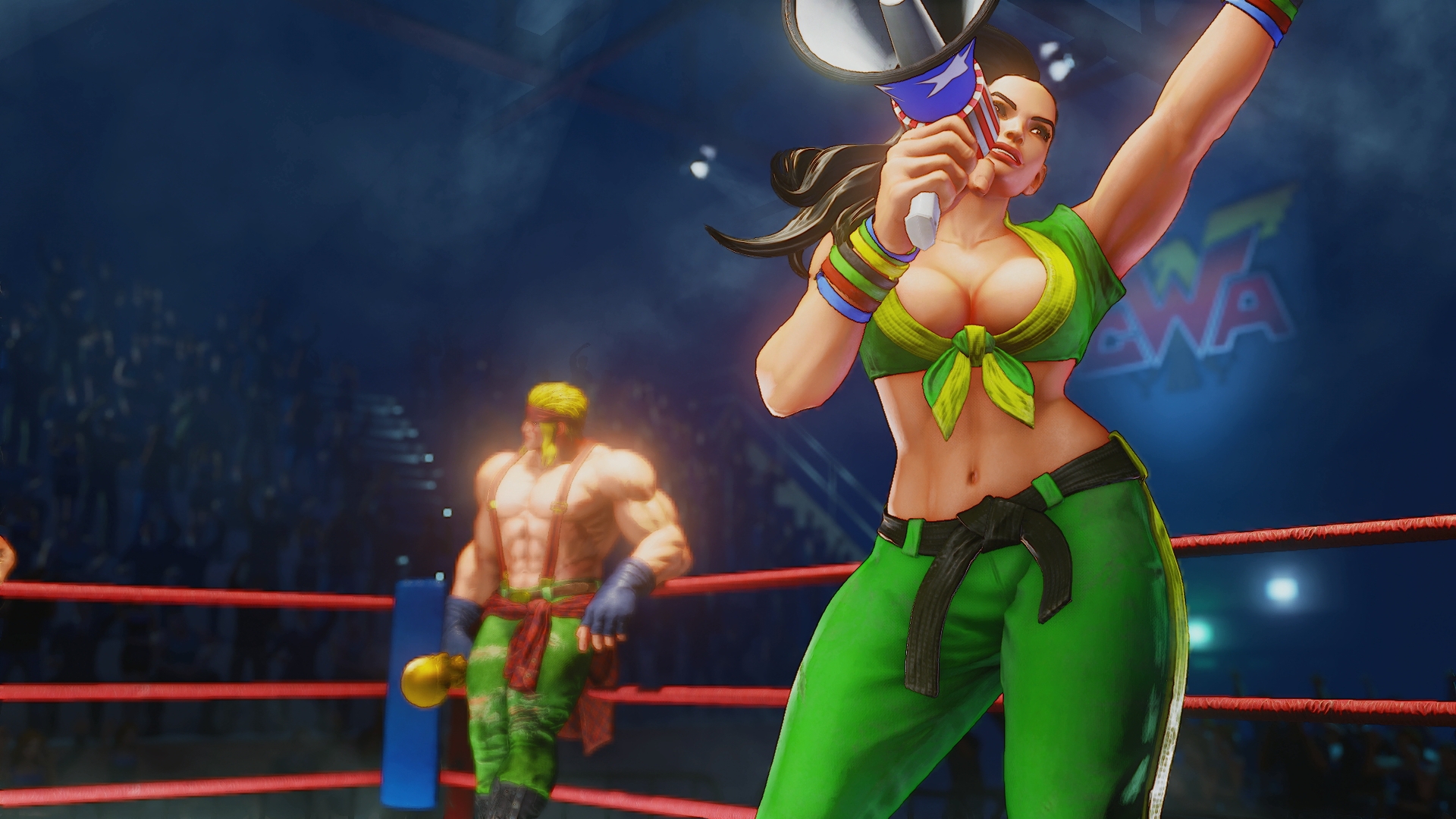 It is true that players do have the option, once they complete the story mode entirely, to raise the difficulty to a higher level, very few players will want to bother revisiting the story in any way simply to see if they can take down the slightly enhanced AI. This means that while the story does allow even the newest of players to access its content, longtime fans will be disappointed here. 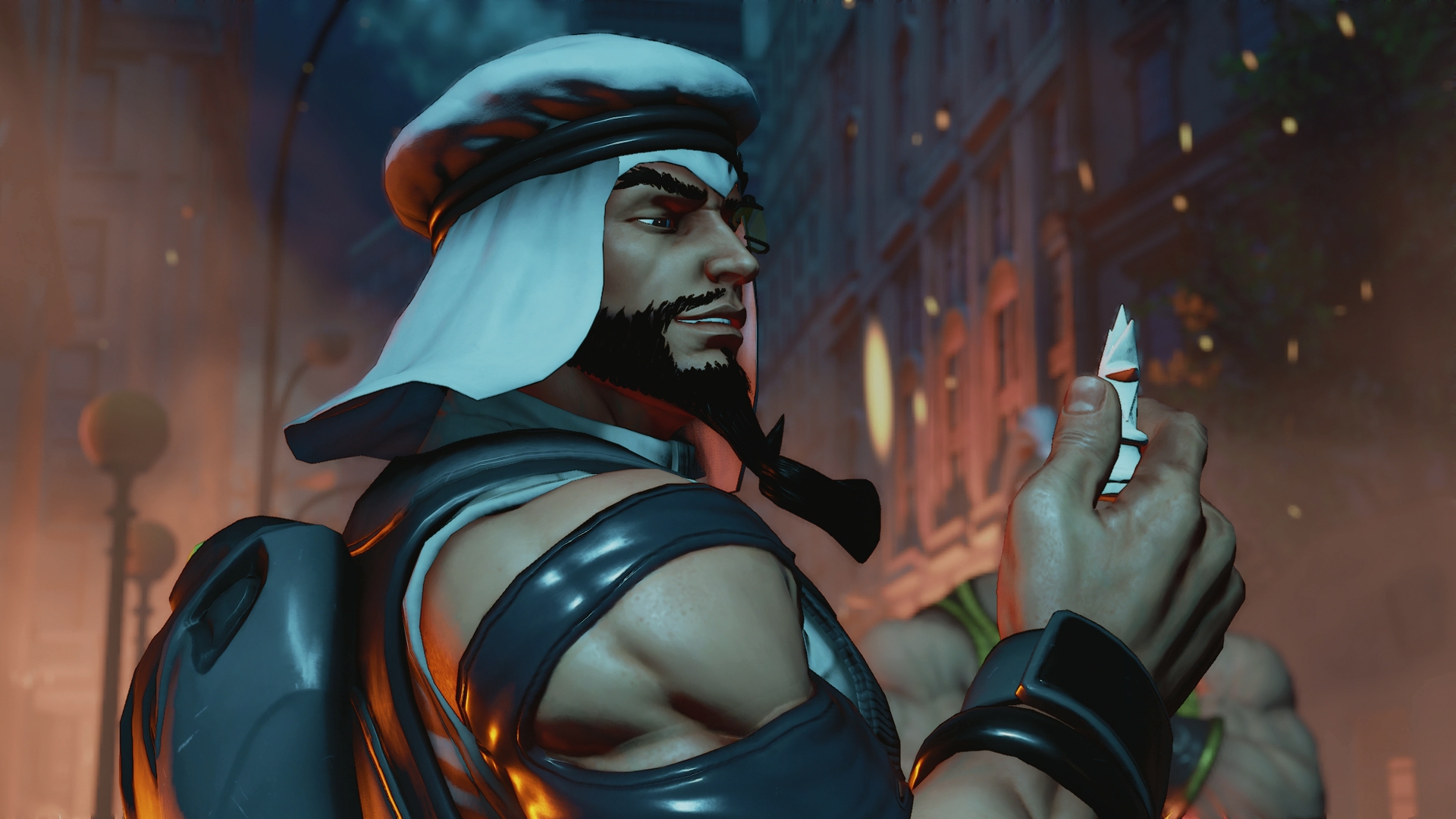 That being said, these fans will also appreciate the fact that a number of characters, including the yet to be released Juri and Urien who are actually playable in this mode, serve as enemies that the player will need to fight against for perhaps the first time ever. This includes a number of unique Dolls that all have a unique looking fighting style and special moves that the player will need to usually stand around to let them perform as well as a number of simpler enemies to fight that help add a bit of spice to the mix. This extra bit of spice helps keep the story mode fights from feeling too monotonous even if they still remain incredibly easy.

One place that Street Fighter V’s story mode excels at is in its presentation. Every character presented in the storyline, even those that never fight, are given complete detailed models that interact with the rest of the cast without flaw. In fact, the entire presentation of the story featured only a few off model moments where long clothing or hair would flail wildly before settling down. This amount of detail in the long story scenes really does its best to help present A Shadow Falls as a legitimate storyline that players will want to watch even if the content itself is hardly noteworthy. 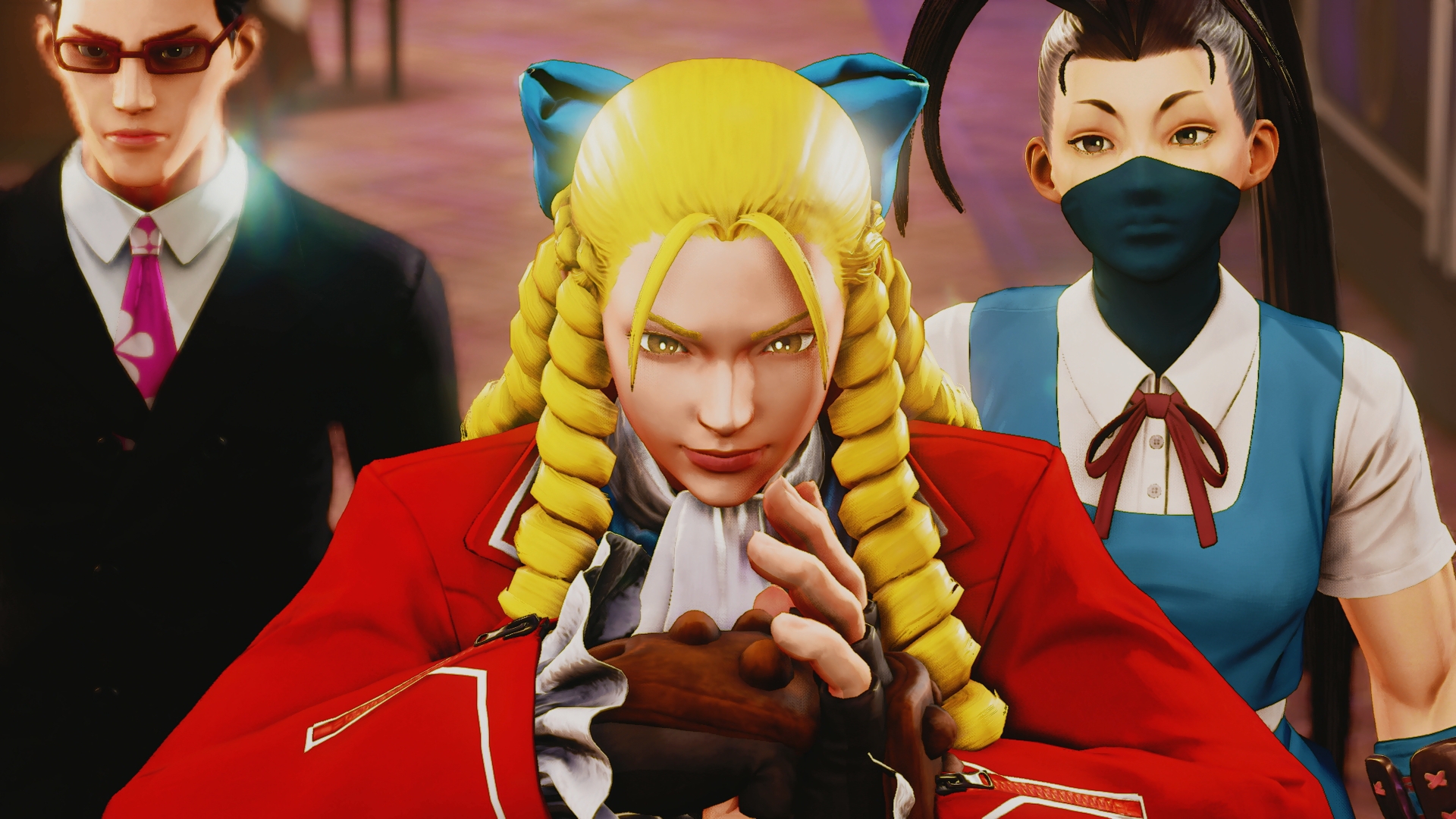 As for the voice work, fans will be pleased to hear that all of the standard voice actors have reprised their roles in this game and that every scene and interaction is voiced incredibly well. In fact, while it may be hard to hear at times and some fights might finish too quickly to hear everything, certain fights between characters do feature special dialogue that plays over the course of the fight, adding an extra touch to the character interaction.

Street Fighter V: A Shadow Falls may look and sound great but unfortunately this story mode fails to capitalize on the amount of interactions and stories that could be told by its cast and instead settles with telling a fairly mundane story. Plus, thanks to the extremely simple combat spaced between cutscenes, even the gameplay element here is simplistic at best, with the only highlights being facing off against non-playable fighters.

Street Fighter V: A Shadow Falls delivers at least some kind of storyline compared to what was initially offered at Street Fighter V’s release but never moves past its basic writing and simple gameplay.
5