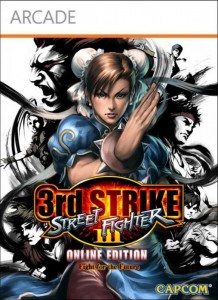 Overview:
They say that the third strike is what counts. That rings very true with Street Fighter III, which is widely considered to be the most underappreciated Street Fighter game in the franchise. It is what you could call the black sheep of the franchise, it has a different vibe and feel, is missing many of the popular characters from Street Fighter II that preceded it and was originally released in what can be called awkward timing. However with current revival of Street Fighter III on the arcade, does the game fianlly recieve the justice is so long has deserved? 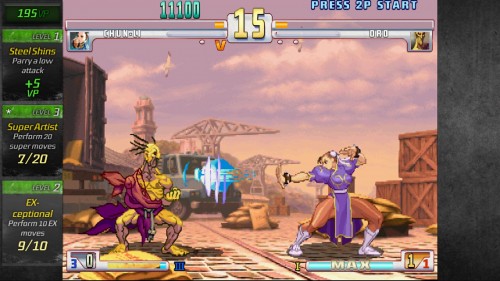 Not only does it leave the player satisfied but it also provides a great deal of challenge. Now, Street Fighter games have never been easy, but even veterans may struggle at moments with this game. The game has been polished to the bone and is put simply, a perfect version of Street Fighter III.

With the addition of the Online mode, Street Fighter III succeeds at bringing the nostalgic old school Street Fighter style online with intense clashes between players world-wide. The online system works perfectly, however I was somewhat disappointed that I couldn’t bring my local player 2 online with me into a lobby. But that’s only a minor gripe.

I know I may cop some flack for this, but character-wise I believe Street Fighter III, has the most diverse and well rounded cast of any Street Fighter title (my personal favourite is Yang, who doesn’t appear outside of this game, but don’t call me biased). The cast just feels most complete here, even though it does miss out on some from Street Fighter II, I don’t believe their absence was distracting or disappointing as many said about the game when it was originally released.

Overall the gameplay is astounding and has rejuvinated the original Street Fighter III to the point that this could have been a full retail rerelease. The gameplay has been polished to perfection and the new online mode as well as challenges adds so much more playability to the title, in comparison to the original release. 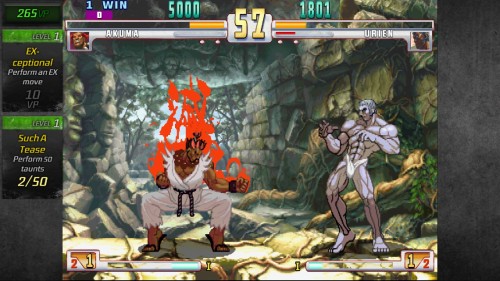 Visuals:
The graphics appear to be a slight update on the original release, however largely retains the same quality, which is brilliant. It is a mixture of the old style with the new and it pulls it off effortlessly. The character models are much crisper this time and and fighting animation seems more smoother as well. Making fights much more visually impressive.

The menu’s are surprisingly visually pleasing as well. With the stream-lined design and smooth transitions, it looks as good as the fights and provides a nice visual experience whilst traversing possible gameplay modes and options. The graphics all in all are well done and provide a crisp, smooth design through-out.

Audio:
One of the first things you notice with Street Fighter III, is it’s instantly memorable theme song “Knock You Out” performed by Canadian rapper Infinite. The song embodies the concept of Street Fighter III and provides the quotable line “You know what they say, the third strike is what counts”. That line along makes that specific song resonate with the player and is sure to pump them up for some ass-kicking in the streets.

The entire soundtrack in general is so well done and sticks with the player long after they turn off their console. When a game can have you humming it’s tunes as your walking down the road or catching a train, or whatever else you do besides play it, you know that it had one hell of a soundtrack. That is the case with Street Fighter III. It simply has an amazing soundtrack. 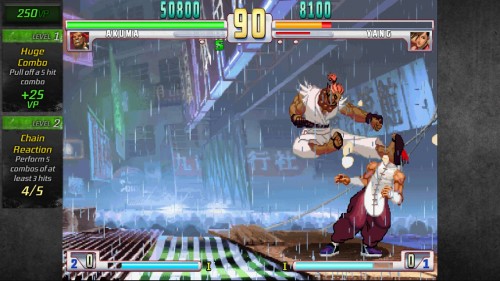 Conclusion:
Street Fighter III: Third Strike: Online Edition, does a lot of things right. It does little wrong as a matter of fact. It is a game that has been completely polished to perfection and given new life on the Xbox Live Arcade. It plays just as well as it use to, if not better and is simply a testament to Capcom detesters claiming that all these updates of older games are unnecessary. I say, take a look a this game and tell me it shouldn’t have been made. The sheer amount of polish applied to this game is evident and puts the original to shame.

If you have yet to pick up Street Fighter III: Third Strike: Online Edition, do yourself a favour and do so. It is a brilliant game on all accounts and deserves to be played, en masse.