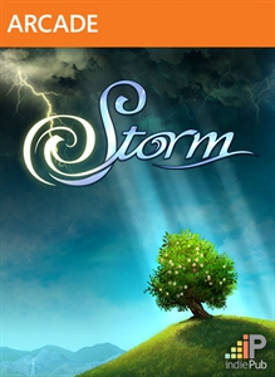 Overview
In terms of physics based puzzle games, the key to standing out is being unique, fun, and have straight forward goals. The physics puzzle game Storm attempts to fit in and stand out by tasking players with growing trees at specific locations in levels by moving seeds with the elements of nature. Is this enough to make it stand out all the other puzzle games of this type, or will it be a good attempt lost in the crowd? 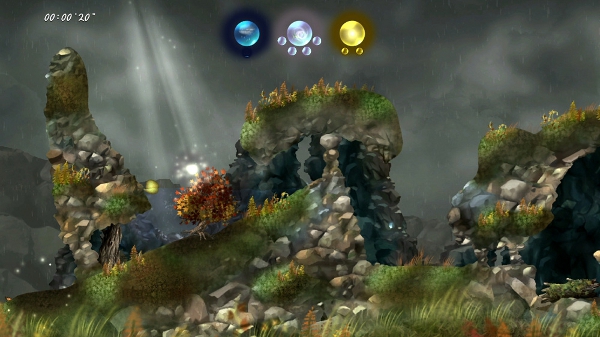 Story
There isn’t much in terms of story, but there doesn’t really need to be. While no motivation or explanation is given as to why trees are needed in these specific places, there is at least some semblance of progression as the seasons change from Spring, to Summer, to Autumn, to Winter. This lack of story doesn’t subtract from the game at all, in fact because much of the focus is on gameplay, with tips and loading screens providing the only written messages, the gameplay is made the star of the game, which is perfect in this case.

Gameplay
Using in Spring as a tutorial, the main elements players will be using to move the seeds around are explained. With only the three elements of rain, wind, and lightening it might seem like the game will be very simple at first, but there is much more complexity as the game continues. The elements are controlled by aiming with the Left Stick and activating the element, but precision can be a bit haphazard as the sticks can be a bit slow when trying to move about, though not to to the point of making it unplayable. Usage of elements are limited by the charges available, which once used must recharge the ideal way of keeping players from abusing all the elements together or a single one over and over again. Levels start off with only a few charges of specific elements, so that players must collect additional charges to be able to reach the location to plant the seed. While most of the Spring levels are easy enough, this is only because there is so much to introduce, but the difficulty is great for a start of a game. 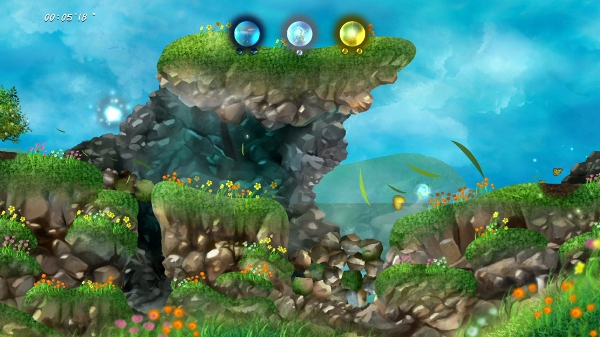 From Spring the game moves to Summer and with the change in seasons comes a few additional twists. Elements aren’t the only variable as seeds can also vary, so with different seeds from different locations how the elements impact the seeds also change, such as Heavy seeds not floating in rain water, but sink to the bottom and roll with the current. Summer also introduces dry grass, which will catch fire if struck by careless or carefully placed lightening. Both a hazard and a tool to clear the path for the seeds, fire is a fun and interesting addition with its own properties, created by lightening, spread by wind, extinguished by rain. Though Summer is also the first point where players can become completely stuck if they make a really bad mistake, and not even the reset seed button will help, forcing players to restart the entire level. These instances are a double-edged sword, in some ways its good in that it forces players to plan a bit better, but annoying when it is caused by minor controller issues. 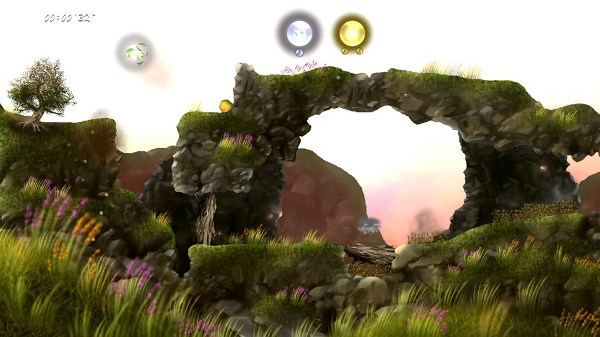 Autumn and Winter keep up the method of introducing season specific aspects, tornadoes and snow respectively, and additional seed types, ephemeral and fragile respectively. Tornadoes and snow are both great additional tools and like fire have their own rules how they interact with the elements and seeds. Tornadoes can be used to throw seeds and rocks, but requires planning on how big to make it; while snow has the added benefit of being able to block paths and allow water to pool. The different seeds limit how they can be used, as the ephemeral time out and the fragile will break if players aren’t careful. All these different additions and features make for great puzzles and separating them by season makes provides plenty of variety and maintains a great in-game logic. 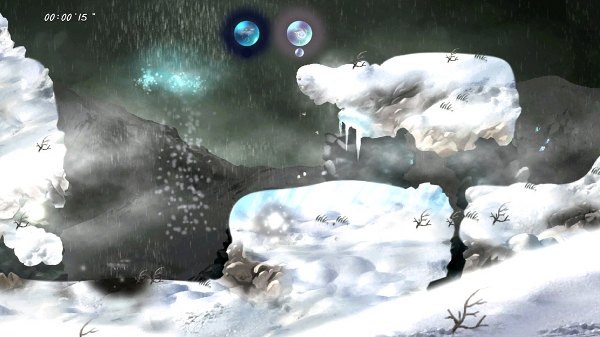 Storm does includes the three different game modes of Adventure Mode, Free Mode, and Spirit Mode, though unfortunately much of the variety lies in the seasons themselves than the game modes. Where Adventure Mode takes players through the seasons level by level, Free Mode only allows players to replay those already completed and once Adventure Mode is complete players cannot re-enter it meaning Free Mode is the only way to replay levels. Spirit Mode gives the biggest change, but unfortunately it is not much as it tasks the player with going back through previously beaten levels with the goal of collecting forest spirits instead of reaching a specific point. While this could have made for a somewhat different experience many of the Spirit levels has the player collecting the spirits along the same path as the other modes, while a countdown timer gives a semblance of racing the clock though without any consequence for running out of time. While having great gameplay the first time through, replaying the same levels, in mostly the same way makes the additional modes unfortunately repetitive.

Visuals and Audio
Storm does do a fine job at looking good and providing nice background music while playing throughout the game. The visuals all maintain a consistent stylized approach of looking real-ish without being distracting and all the different aspects do a good job of standing out against each other. It’s easy to tell where seeds can be planted, what things can be broken with lightening, and even keeps this up throughout the different seasons even as the landscape changes. Like the changing landscape, the music also changes with the seasons and does a good job of never being too repetitious, though not muting when pausing or bring up the guide can be annoying when trying to turn attention to something other than the game. 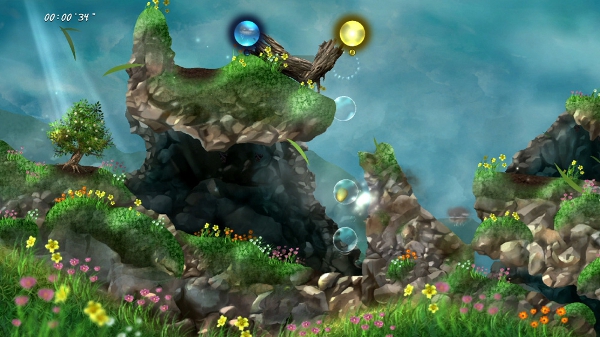 Overall
Storm is a fun puzzle game with a great variety of aspects and elements that change with the seasons it uses as a theme, while remaining intuitive throughout. While there are some problems, using a controller is a bit heavy handed for more precise aiming and can get in the way sometimes, Storm is a unique physics based puzzle game with plenty of interesting aspects that change with seasons, giving each one a different feel that puzzle fans should be able to get some fun out of.