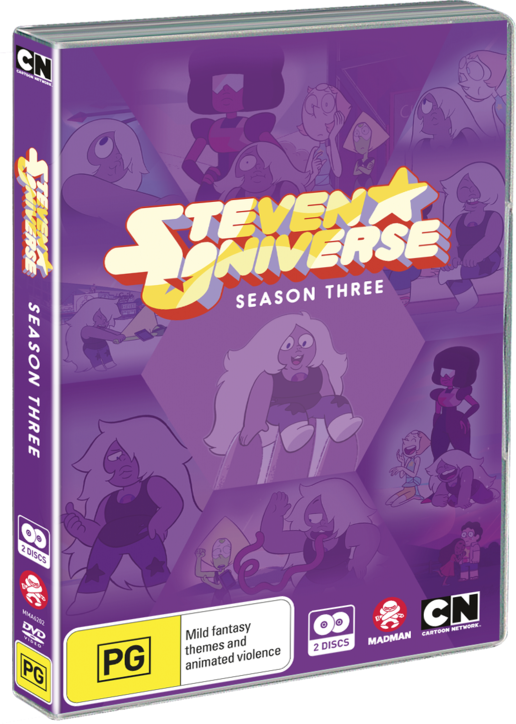 During a bizarre dream, Steven discovers Malachite on a remote island and informs the other Crystal Gems. Together, they are able to split Malachite apart. Steven takes Lapis Lazuli to the barn so she can live a new, free life with Peridot. A ship full of Rubies arrive at the barn, leading Peridot to believe that Yellow Diamond wants to capture her for her blatant insubordination, but they are only after Jasper. Jasper has her own plans, and Amethyst wants to defeat her. Meanwhile, Connie goes on her first mission with Steven and Pearl. 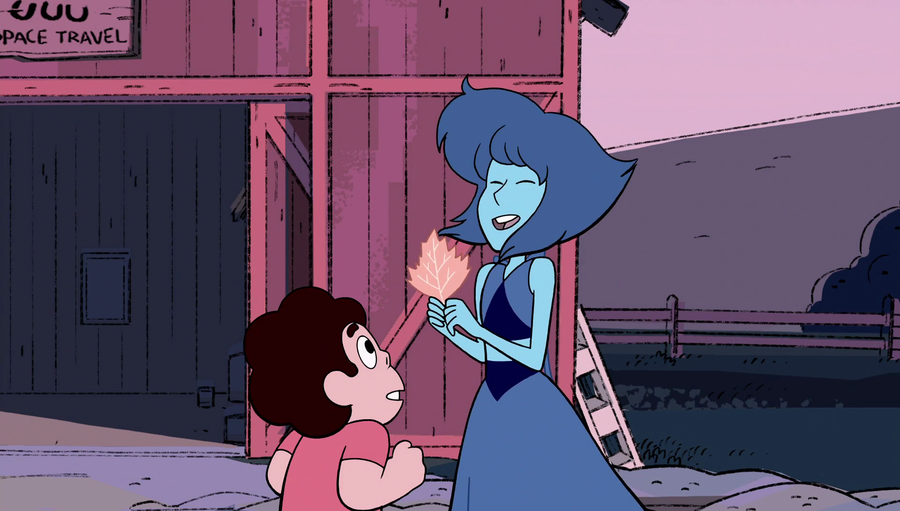 Steven Universe is one of the most intelligent and thoughtful shows out there, and a large part of its continual success is the development of its main and supporting characters. Lapis Lazuli has been trapped and tormented for months on end, but she is able to open up to Steven and begin to understand the natural beauty of Earth instead of remaining angry. She is conflicted both about what she wants to do and about her feelings regarding Jasper, although she understands that their forced relationship as Malachite must never be restored. It takes her a while to accept Peridot when Steven tries to convince Lapis Lazuli to live with her in the barn, but she comes to understand that the people around her genuinely care about her. Peridot had already become a great addition to the series in season two, and seeing how strongly she cares about Steven and his planet and how hard she tries to help Lapis Lazuli feel welcome makes her inclusion even better. Back in Beach City, we learn more about Greg and his relationship with Rose Quartz, and Sadie and Lars’ relationship becomes the focus of an episode in which Steven attempts to make everyone think that Lars is a nice person. All of these characters demonstrate how people interact when they respect and care about each other, all while making powerful and often subtle statements about important issues. They all act in believable ways that make them relatable, and seeing relatively ‘normal’ events in Beach City between the more plot-heavy episodes rounds this series out in the best way. 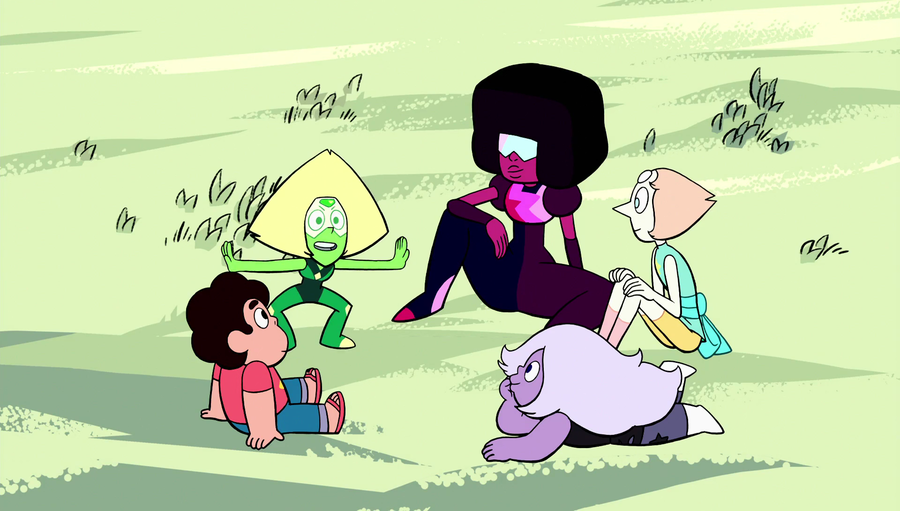 It was inevitable that Peridot’s act of insubordination towards Yellow Diamond was not going to be the end of the Crystal Gems’ issues with the homeworld, but for the most part, Jasper is the biggest cause of trouble for everyone. The ship full of Rubies looking for Jasper is a problem, although they are relatively harmless and surprisingly manipulatable. Unfortunately for everyone, Jasper is extraordinarily strong, and when Steven and Connie end up face-to-face with her on the duo’s first mission together, they are unable to defeat her. It is not until they fuse into Stevonnie after Amethyst suffers a humiliating defeat at the hands of Jasper that they can properly defend against her and send her away. Amethyst is devastated at how useless she ended up being, bringing up her problematic feelings of self-loathing, but she realises that she does not have to compare herself to Jasper. The serious events still present an opportunity for the characters to learn and grow, although Steven learns some unfortunate facts about the Gem War in the final parts of the season. Things may end up getting a whole lot worse for him and the Crystal Gems, but with Peridot and Lapis Lazuli on their side and Connie demonstrating her knowledge of sword-fighting techniques thanks to Pearl and how to survive in nature thanks to an informative book, Earth stands a very good chance against Yellow Diamond.

The animation is a fluid as ever. “Mr. Greg” features a fantastic dance sequence with Steven, Greg and Pearl, “Hit the Diamond” features a fun baseball match involving five Rubies and “Kiki’s Pizza Delivery Service” features crazy nightmares about pepperoni pizzas, particularly the cheese topping, but this series is always engaging even in its weirdest moments. Watching everything that happens never ceases to be fun, and there are so many things in this season that will almost definitely put a smile on one’s face. This is entertainment in its best and most meaningful form. 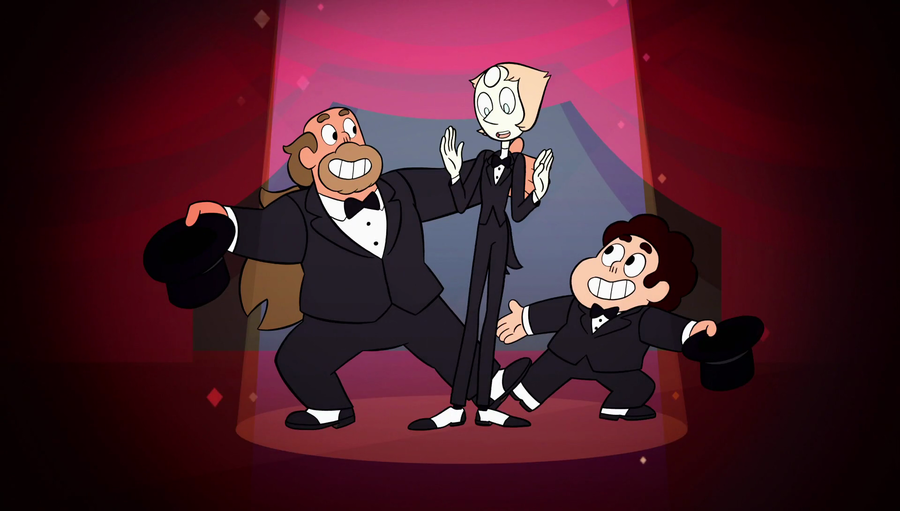 The music continues to enhance the series with its combination of beats and ethereal sounds. The voice acting and singing is once again outstanding; Pearl inadvertently reveals her feelings about Rose Quartz to the Universes in a deeply personal song, and both Steven and Greg have many great songs throughout the season. Jennifer Paz is excellent at portraying Lapis Lazuli’s changing personality and makes her lazier moments at the barn hilarious; humour and emotions are conveyed perfectly by all of the voice actors. It remains impossible to find any element of the audio that does not work.

Several animated shorts are included on the second disc. These feature lessons from the Crystal Gems about certain topics, Steven unboxing a wacky bag for the internet and more. Despite being short, they are entertaining and worth watching after finishing the final episode of this season.

It may be worth noting for some that although the back cover states that there are 25 episodes, there are technically 24 episodes in season three; “Bismuth” is twice as long as normal episodes and is counted as two episodes. The inside of the cover lists 25 episode titles, but this is due to the final episode of season two being listed for an unknown reason. Fortunately, only the packaging contains errors; there are no issues with the discs themselves. 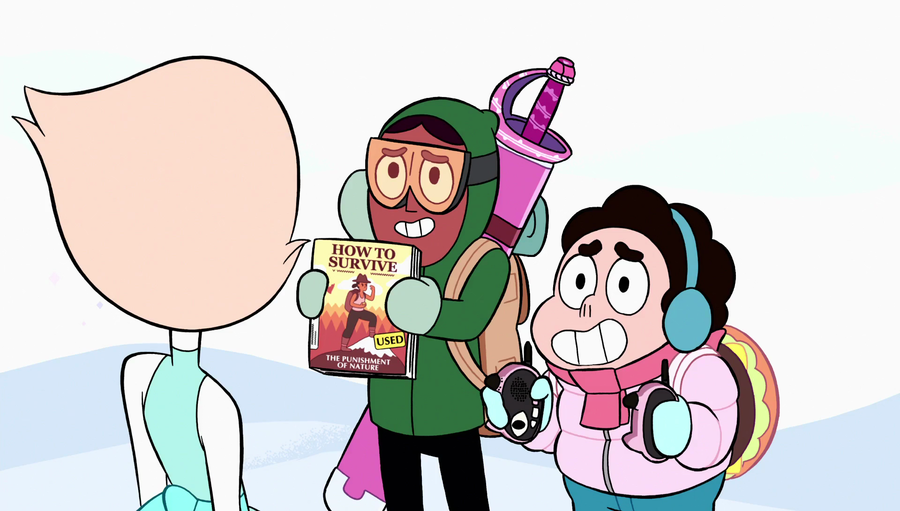 Steven Universe‘s ability to balance plot-driven drama with sweet character-driven episodes is fundamental to its success, and that balance is maintained despite the threats of Jasper and the Gem homeworld lurking in the shadows. Steven still has time to help out the citizens of Beach City, and Greg Universe is incredibly supportive of Steven and all of his friends. There are some powerful moments with Pearl and Lapis Lazuli, and Peridot is positively outstanding in her devotion to her new friends. Life is starting to become serious for the Crystal Gems, but none of the characters ever lose their moral compass, and they face each new challenge head-on. What happens next is anyone’s guess, but the wait for season four will undoubtedly be worth it. 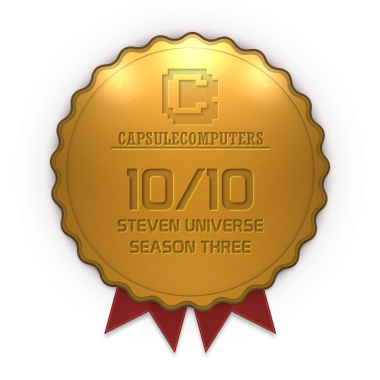 Even as life becomes more serious and dangerous for Steven and the Crystal Gems, this season never abandons the series' meaningful character-driven moments that have made it so outstanding so far.
10