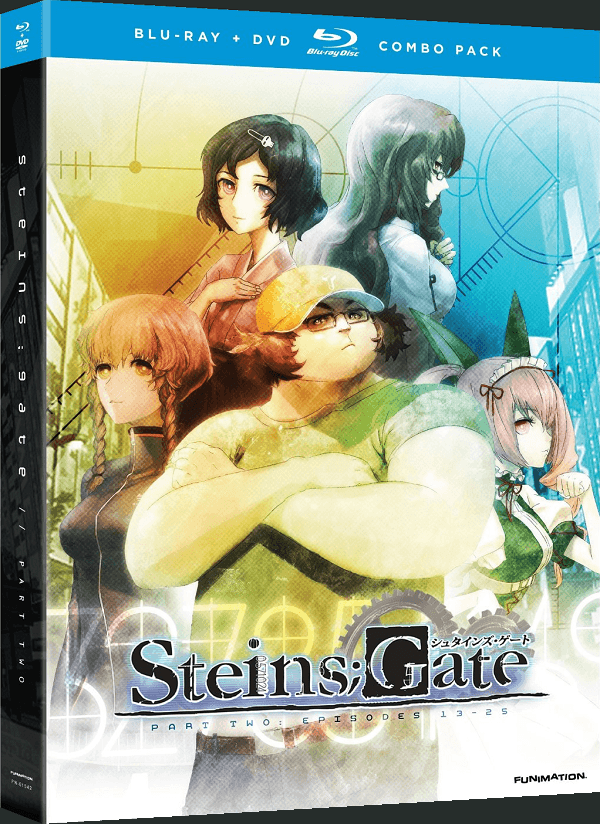 Overview:
The second half of a series can do many things. It can either continue the normal aspects of the first half of the show or drastically change the tone of a series by introducing new and intriguing elements that will not only keep fans of the show watching, but ensnare new viewers with the series’ new direction. Such is the case with Steins;Gate.

Whereas Steins;Gate Part 1 (the review of which can be found here) had its share of drama and mystery, many of those aspects were overshadowed by some more comedic and slice-of-life happenings. However when Steins;Gate Part 1 ended, viewers were left with an extremely shocking cliffhanger. Does Steins;Gate Part 2 provide a similarly spectacular experience as the first half? 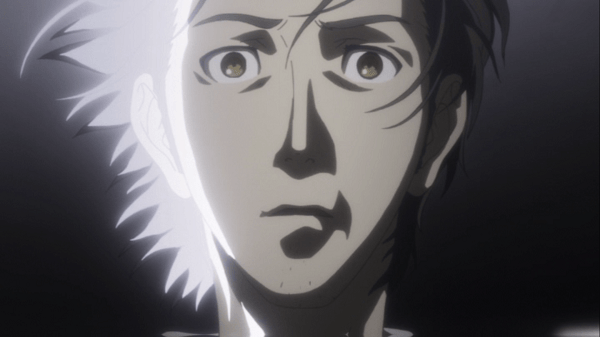 The story follows a man named Rintarō Okabe who is a self-proclaimed mad scientist studying the idea of time travel. Now when Okabe manages to discover an actual way to send things through time, he realizes that his actions can drastically change the world around him as the timeline shifts according to his actions. The first half of the series serves itself well as a set-up to the events of the second half by making viewers grow attached to members of the cast and also introduce a number of time-travel aspects and theories that are not only well explained, but can be ran with in the second half of the series.

Ironically, the best reference to the second half of Steins;Gate for Western audiences is a movie nearly twenty years old. However this movie, called Groundhog Day, is the best example of the situation Okabe finds himself in. At the end of the first half we find that Okabe and his friends’ activities have been tracked by an inside source and when the phantom organization does appear to put a stop to their time-travel plans, the young girl in Okabe’s care, Mayuri is shot and killed. However with his new ability to send his conscience back in time to an earlier version of himself, Okabe throws caution to the wind to try and save Mayuri’s life. 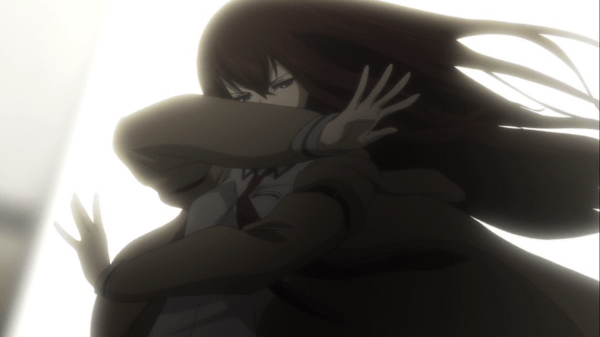 Thus, Okabe finds himself trapped in a loop of repeating events as he constantly tries to save Mayuri from dying but failing at every turn. Watching a character which earlier in the series spent most of his time having fake conversations about an “organization” or joking around about being a mad scientist slowly devolve into a defeated man who has seen his friend die countless times in horrifying ways makes for powerful drama and every failed attempt will feel like a body blow to the viewer.

Things can slow down a little bit thanks to the fact that, true to his time jumping ways, Okabe and viewers must relive certain sections of the anime multiple times but it is intriguing to see how Okabe must make specific decisions each time with his knowledge of past outcomes to make another attempt at saving Mayuri’s life. Thanks to this, there often seems to be an almost peaceful tone over the show despite the drama behind the scenes. 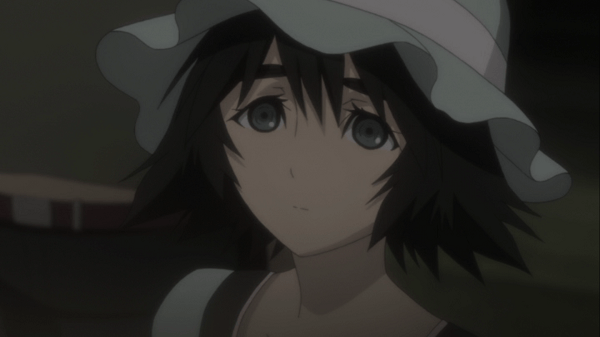 In fact, the second half of the series sees Steins;Gate become a potent drama thanks to many of the choices Okabe must make in his venture to shift the timeline enough to save Mayuri’s life. While the series can be a bit difficult to follow over time, often thanks to the fact that at times the viewer has no idea how many times Okabe has re-lived a certain scenario only to fail, the terrible decisions that Okabe must make and force on his friends can be quite tragic as their new happy lives must be sacrificed for their friend make for an emotional but ultimately satisfying series.

Visuals:
Steins;Gate continues to impress visually throughout the second half of the series though it is worth noting that the overall brightness of the already subdued color palette and the show overall has dropped as the show focuses heavily on the drama. That being said, there are a lot of special effects added into the show that provide some great visual flair, especially in regards to Okabe’s time jumping or failures with Mayuri. 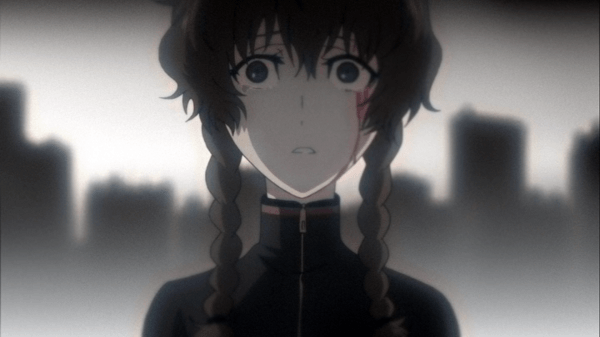 Throughout the second half the character designs remain rather consistent and the environments are just as well detailed. It is also worth noting that the amount of text messages that have been subtitled has dropped significantly in the second half of the series, meaning viewers will not have to worry about speed-reading them during their brief time on screen that often.

Audio:
Thanks to the emotional drain on Okabe and the amount of drama that takes place during the second half of Steins;Gate, the English voice actors shine better than they did in the first half of the series. While, as one would expect, Steins;Gate Part 2 does offer both the Japanese and the English voice tracks, the English track’s voice work packs a heavier emotional punch due to the quality of the dub. 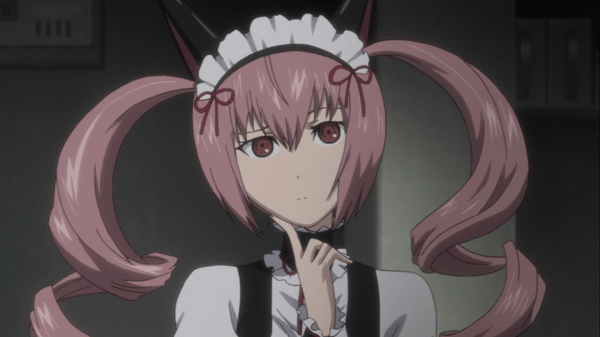 As far as background music goes, there are a number of impressively used sound effects and dramatic tracks that do wonders when paired up with the events occurring on screen. The rest of the background music is forgetful outside of these well-used tracks however. It is also worth noting that the opening theme remains the same “Hacking the Gate” by Kanako Itō while there is only one main ending song in the second half, which is the already familiar “Toki Tsukasadoru Jūni no Meiyaki” by Yui Sakakibara and a special ending used once called “Sky Clad Observer” by Kanako Itō.

Extras:
As far as bonus features go, Steins;Gate Part 2 contain a rather basic offering such as trailers for other FUNimation anime, the English trailer for the ending and opening songs. It is worth noting that there are two versions of “Hacking the Gate” which feature different visuals so keep an eye out for the differences between the two and fans of the briefly heard “Sky Clad Observer” ending can listen to it again here.

Also included are commentary tracks for episode 19 and episode 24. Episode 19 features Patrick Seitz who is the Script Adaptor for the series and also voice of John Titor as well as Jessica Cavanagh who voices Moeka. The two mention how much they love the series as well as other aspects of the show, though it isn’t quite as enjoyable as other FUNimation commentaries. 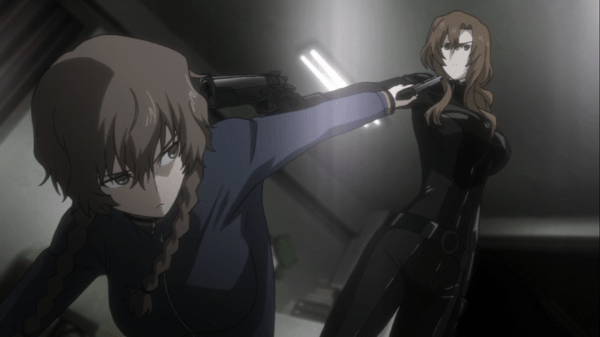 As for episode 24, we have Colleen Clinkenbeard the director for the series, Nathanael Harrison, the senior mixer engineer and Stephen Hoff, the ADR engineer.  This is a very technical commentary track which is actually rather interesting thanks to the fact that the three discuss many of the different aspects that go into creating a new English dub for a show such as Steins;Gate.

Overall:
With all of the set-up over the first half of the series, Steins;Gate Part 2 sees Okabe drop his preconceptions of the world and of time travel as he repeatedly breaks his own rules to try and do anything to save someone close to him. While some aspects of the show can be complicated and difficult to understand, this goes to show how well-woven together the plot is that even if someone doesn’t manage to understand everything, they will find Steins;Gate’s second half incredibly emotional and intriguing thanks to Okabe and the group’s emotional journey to save a friend’s life and set the world right again.