Overview
You know why I love video games? How they get me excited enough to play them and write about them so regularly? It’s because there’s still so much that can be experimented with. The medium feels very fresh, and there’s always something new being done.

Stay Dead eschews one aspect of video games that is never questioned: computer generated images. Instead, the characters are represented by actors and the scenes are filmed and cut together in a Quick Time event format, where your success or failure in pushing keys in the right sequence dictates the next clip of video that plays.

It’s a very interesting experiment, but how well does it fare as a game? 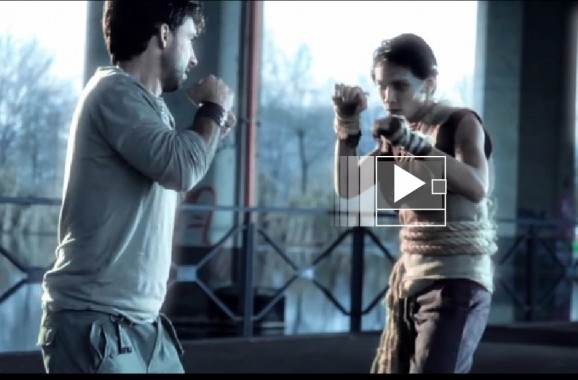 Visuals & Audio
Video games have flirted with live action video sequences before: the whole FMV (full-motion video) craze of the early ’90s left a sour taste in the industry’s mouth, but that was mostly because the average computer at the time couldn’t really render high quality video at the rate required for a game to flow well. Now, it’s not really an issue, but the legacy of the FMV game still makes people assume it’s a terrible, unimplementable thing.

Stay Dead is ironically named then, for its insistence that FMV not stay dead. The characters are portrayed by actors rather than animated likenesses, and the player’s actions dictate which scene is shown next.

Thus far it works quite well: each action is displayed from a different camera angle,  which serves to hide the fact that the character’s movements wouldn’t line up perfectly. As a result, the action flows well, rarely missing a beat between shots. Not only that, it provides an appropriately cinematic feel.

Unlike its early 90s ancestors, the video quality is actually pretty good. This is no backyard student film: the production values are reasonably high, with evidence of high-end cameras and equipment.

Unfortunately, despite being presented well, the production has a rather high level of cheesiness. The acting isn’t fantastic, presenting some  of the fakest-looking fight scenes this side of a WWF marathon. Particularly bad is a fight with an enemy named Iblis, where the two characters essentially cuddle on a wrestling mat in a car yard, until one flips the other over in an attack that looks about as painful as a back massage. 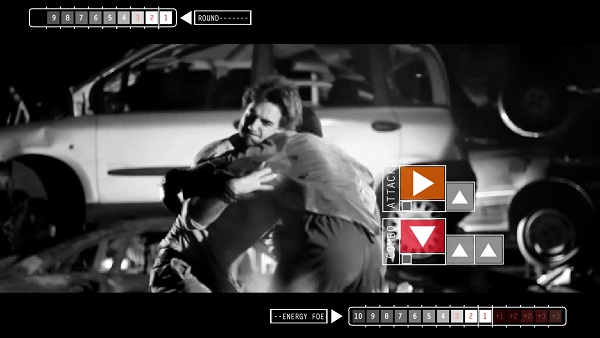 It’s interesting then, that perhaps the realism of live-action highlights the faults in the scene. We expect a higher level of realism when we see something live-action, and so corny acting is harder to forgive. If this was animated in the standard CGI, the stiffness of the character movements might not be as noticeable, or at least, would be easier for developers to fix. And obviously, animated characters don’t need to worry about hurting each other.

It sounds like a Confucius saying, but maybe in the game’s pursuit of realism, they sacrificed realism… or something like that.

The visual aspect that’s most lacking is the game’s UI. The menus are horrible to behold, comprised of grey blocks of text riddled with spelling and grammatical errors.

While it’s far from perfect, Stay Dead’s visual style is quite unique, and may have opened up a new genre for others to expand on. 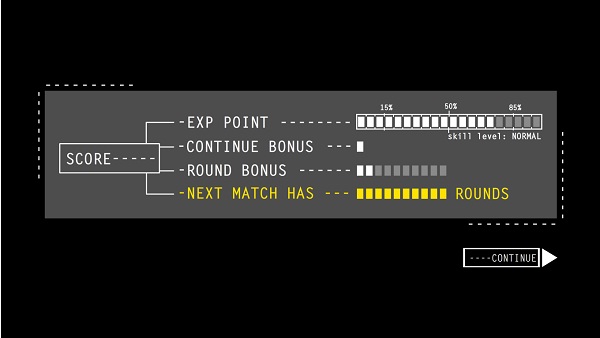 Gameplay
QuickTime Events often appear among lists of things most hated by gamers. There’s nothing wrong with them in theory, it’s just that we’ve seen them done so badly so regularly that they seem irredeemable. But believe it or not, they can be implemented quite well, and when the occasion calls for them, they can be a legitimate gameplay mechanic.

Stay Dead is essentially all QuickTime Events: players are tasked with pressing buttons in time with on-screen prompts, giving it the flow of a rhythm game, in a fighting game framework.

In each fight, you must deal at least ten points of damage to defeat your opponent. This is done by stringing together attacks and combos, with the result determined by your ability to hit the correct key in time. A prompt will flash up on screen to tell you which to hit and how (tap, hold or press repeatedly), and depending on the complexity of the sequence, success will let you deal one, two or three points of damage to the opponent.

Each fight consists of ten Rounds, meaning you have ten opportunities to attack, aiming to inflict ten damage to your opponent in that time. If you mistime your attacks, you fail to inflict damage, and waste a Round.

It’s an interesting way to handle health: the battle is over after ten rounds, whether the player has scored more or less than ten. 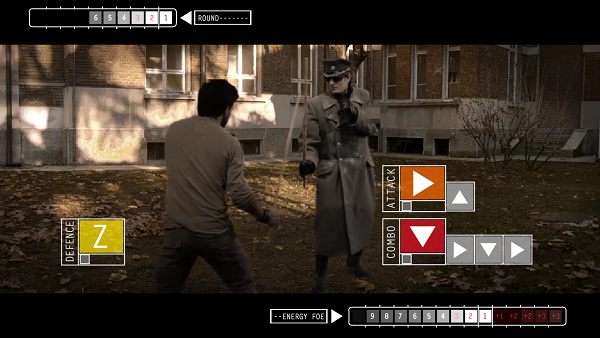 The combat actually flows quite well. Each round, you choose to go on the offensive or defensive. Offensive, you can perform a basic attack or a combo. There’s usually only one key stroke to a basic attack, which deals a single blow, but of course, breaks you even by using a round. A combo is harder to achieve, but lets you deal multiple points of damage at once, while only spending one round.

Choosing to go on the defensive for a round can turn the fight around to your favour. The enemy will attack, and if you successfully avoid them, you can counter-attack for greater damage.

Rather than straight-up wasting a round if the player misses while attacking, it leaves an opening for the enemy, forcing the player back onto the defensive. Again, successful dodging allows for a counter-attack, meaning a failed attack can still be salvaged, if you defend well.

This system leads to a pleasing flow of attack-defend-attack during battles, which is a better use of QuickTime events than most.

But of course, the gameplay isn’t as free as the standard fighting game, or indeed, most games. QuickTime-heavy games often attract a lot of questioning about whether they should even be called video games. It’s due to a perceived lack of interactivity, that player input doesn’t amount to anything, and they might as well be watching a film. That discussion is appropriate in some cases – Telltale’s recent Jurassic Park game was largely focused on QuickTime events, with the outcomes often unchanged, whether the player succeeds or fails.

Thankfully, Stay Dead avoids this pitfall, applying some solid gameplay mechanics to this structure that gamers are quite wary of.

Unfortunately, it won’t take you long to “finish” the game. There are only four enemies to battle, but to face the master you need to beat all four in a row, and do so with a certain amount of skill – scraping through the fights won’t be enough. Getting through to the final boss is actually quite difficult, and beating him is even harder, but chances are your interest will have waned before then.

You know what they say: everything old is new again, and reviving the FMV format and applying some modern design principles to it makes for an interesting product.

It may not have the longevity of a lot of games, or the level of control that people may be looking for, but Stay Dead should be appreciated for what it is: an interesting cross-media experiment.