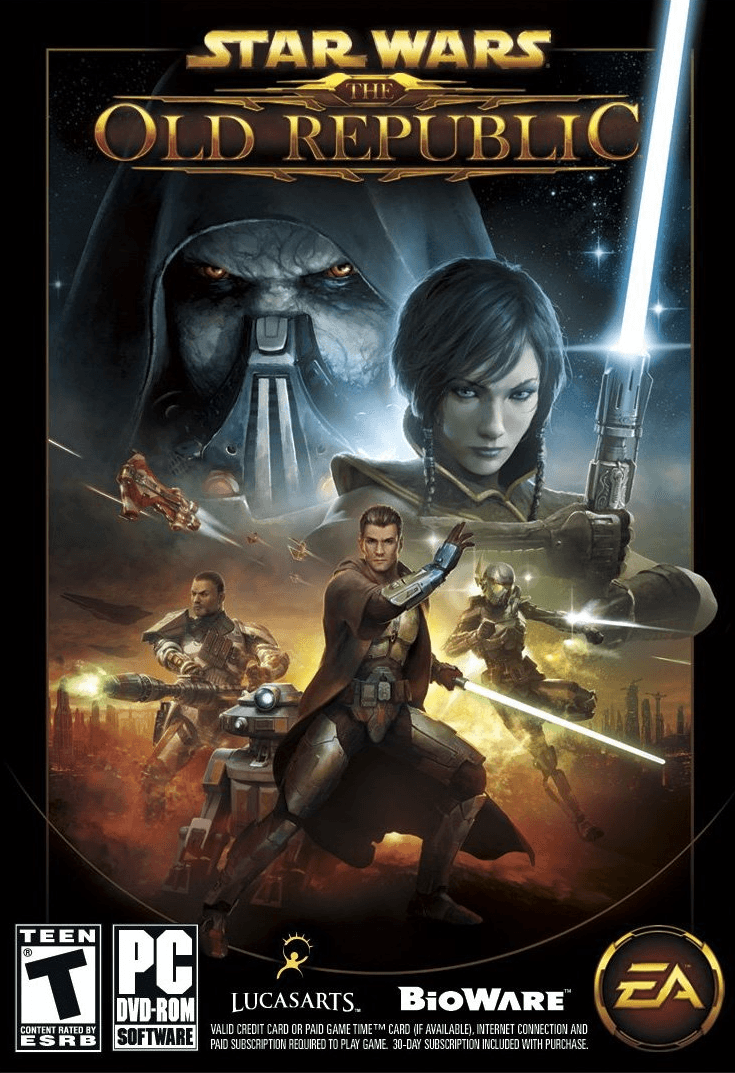 Set 300 or so years after the events of Knights of the Old Republic 2, the game picks up in a galaxy far far away, with a backdrop of war and an invasion from the Sith Empire. It’s war between the Republic and the Empire and each player has a role to play in this intergalactic exchange of blasters, swords and sorcery.

Star Wars: The Old Republic follows the individual tale of each player character inhabiting the game within the games universe. This means that players will get a more personalised experience from the games story, unlike other MMORPGs that seem to skimp in this department.

Using the warring galaxy as a backdrop, the game thrusts players on a personal quest that is, while similar for each class, personal to each player. I found that the story experience is enhanced by the fact that there are other players playing alongside you and that they can influence the way your story progresses (to a degree). 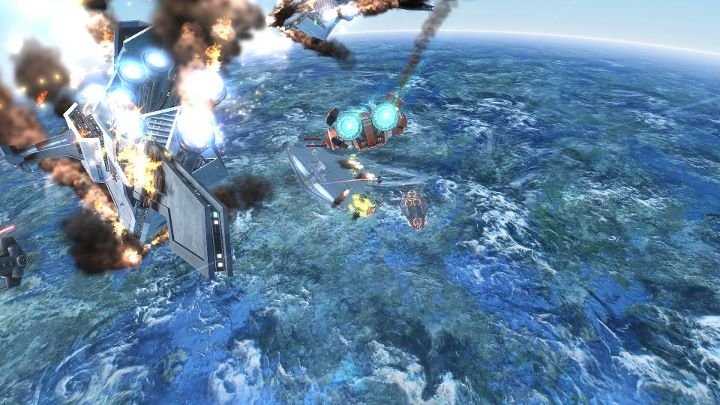 Take Flashpoints for instance (these are like the games version of dungeons), these can be undertaken by a group of players. In these, yours and your groups behaviours towards dialogue can have an impact on your own personal story (assuming you don’t do the Flashpoint again, or ignore your actions in subsequent visits), which gives you a greater connection to your player character on a more personal level. It’s kind of hard to describe, but it’s like ‘this is my character, and these are the actions that I have undertaken with him’.

However, the thing that will impact on your personal story the most are the actions you take during dialogue sequences on storyline missions. These missions comprise certain sections of an Act within the story and everything you do can influence the direction of an Act. However, all the Acts are static in their successive progression.

This game is incredibly interesting from a story standpoint and fans of Bioware’s story-telling will absolutely love the way the story has been integrated into this particular MMORPG. Fans of story based video-games will definitely be overjoyed with the amount of story progression available to them within Star Wars: The Old Republic.

Star Wars: The Old Republic plays very similarly to other games in the MMO and RPG genre. What I mean here is that a lot of the mechanics were lifted and slightly enhanced from other games, such as World of Warcraft and Single-player RPGs such as Mass Effect and Dragon Age 2.

Over the course of the game, you will be conversing with a plethora of Non Player Characters that will all be fully voiced and moderately interacted with. Whilever you are conversing with an NPC, you will be given a selection of dialogue options in a manner similar to the conversational wheel featured in Mass Effect and Dragon Age 2. However, in this game, it is a lot more streamlined and you can’t expand on a conversation as far as you could in either of those two games. While this is barely an issue (like really barely), it still would have been nice to have those kinds of extensions in most instances of conversations with Non Player Characters. 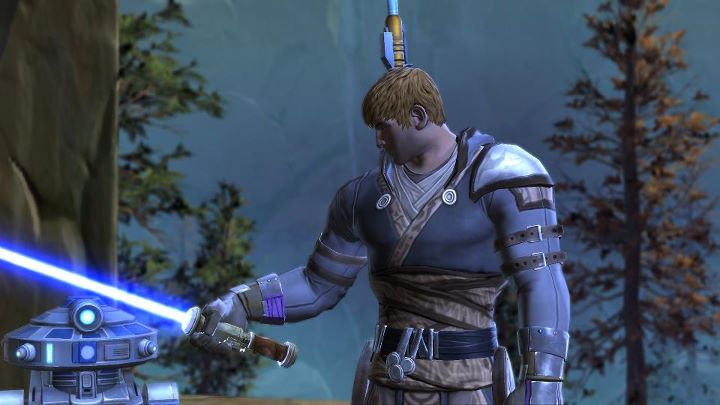 Further, in conversational periods, you will be given opportunities to make important Light and Dark side decisions for your character. For an added bonus, you can turn the games Light and Darkside hints off and on in the Settings Menu. Anyway, I often found that what I thought was the right thing to do given the situation was not always the correct (Lightside) option to take. This has left my own character down the middle path of the alignment ladder. I think that Roleplayers in particular will love this feature as it will allow them to play out their character to the fullest, and with having the hints on, they can ensure that they don’t accidentally make a Darkside mistake.

Combat-wise, Star Wars: The Old Republic plays very similarly to other hot-key based MMORPGs (like WoW), only slightly different. The main difference in the combat is that your character doesn’t sit back and auto-attack. This means that you have to keep mashing hotkeys to continuously keep on the offensive. I found that this gives you a much better flow and makes you feel that much involved with the game than sitting behind a boss and occasionally hitting Mutilate and Envenom.

What was pretty strange was the when you’re building up your skills by purchasing from a vendor, I found that the costs of skills will almost always set you back more than you can usually afford if you were to get the entire set. While it could be that I’m just ridiculously bad at farming, I feel as though the developers did this intentionally so that players have to really think about what skills that they’re using more frequently and letting players upgrade those first.

I could sit here all day and run you through the entirety of the games Gameplay, but I’m just going to leave this section on a note that everyone is probably wanting to see. Combat. Or more particularly, Player Vs. Player combat.

Would Star Wars be Star Wars without the Wars? No, it would just be Star. And while stars are cool, you will also need the wars to make them even more cooler. And in Star Wars: The Old Republic, players are made to make a choice, their side in this war – Republic or Empire. And where do these differences show the most? In the PvP portions of the game. 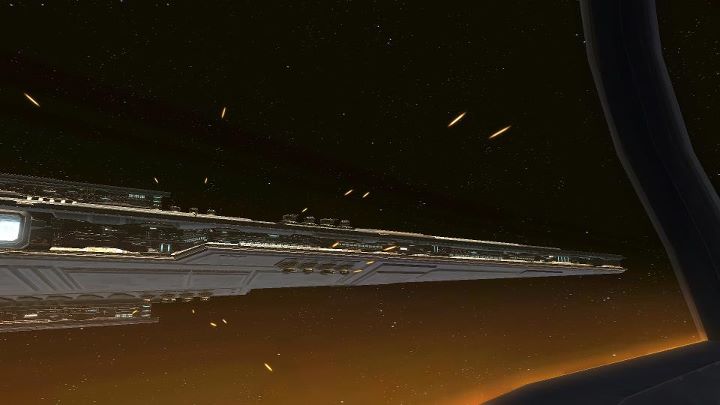 PvP in Star Wars: The Old Republic takes place in many different forms, such as open world PvP, end-game PvP (Ilum) and Arena-based PvP (Warzones). There is also an additional portion called Huttball that mixes the Imperials and Republic players together.

In general, PvP in SWTOR is much like the PvE portions of the game, only that some skills work differently and you have a set objective that you must complete in order to win. What I really liked about this is the variation in the warzones. Each Warzone plays completely differently to each other even if the combat aspect is essentially the same as the PvE portion of the game. However, since the segregation between level 50s and lower level characters, I have noticed a decline in warzone entrances on my server. However, even though you should be buffed enough to take a level 50, it is better than them constantly wiping the floor with you.

In short, the Gameplay in Star Wars: The Old Republic is fairly derivative of what has worked well in the past, but it is implemented in such a way that it feels exciting and fresh. MMORPG fans and fans of story driven RPGs will surely love this game.

Star Wars: The Old Republic must have been a massive audio undertaking for the developers to have ever attempted. Every single spoken line is followed with a fully voiced-script (excluding aliens, who seem to speak odd amounts of less than what is being written) which must have been a massive pain in the ass to have recorded, and probably even more tedious for the guys and girls to script into the game. 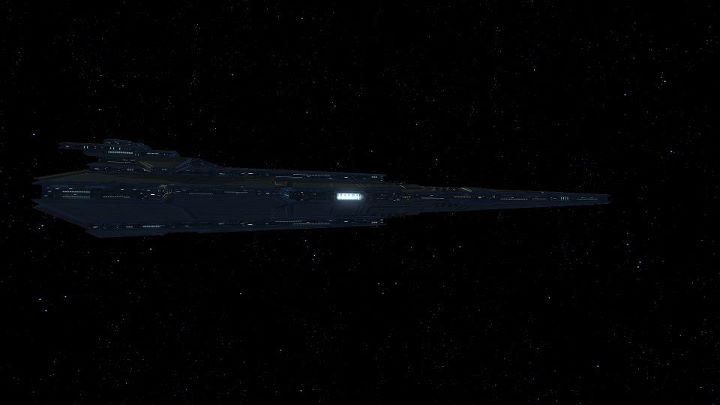 Throughout my playthrough the game, I found very little to complain about in regards to the audio. But there was one thing that I didn’t like and that was that the background music wouldn’t loop. I don’t know if it’s because I missed an option somewhere or if it’s meant to be like that, but it should loop by default in my opinion. However, the soundtrack is amazingly great and features many memorable tracks from the movie franchise that fill each scene with greatness. Most epically, the battle themes are simply amazing when put together with the gameplay.

Add in the classic sound effects as well as some new ones and audibly, this is the Star Wars experience.

Opting for a more stylised art style, the game looks amazing on any graphical setting. I mean, really, stylised graphics probably doesn’t sound that great in writing, but it just fits the Star Wars universe so well that you don’t really think about it all that much you’re playing. Heck some of the stuff in the game looks better than real, simply because of the art direction. 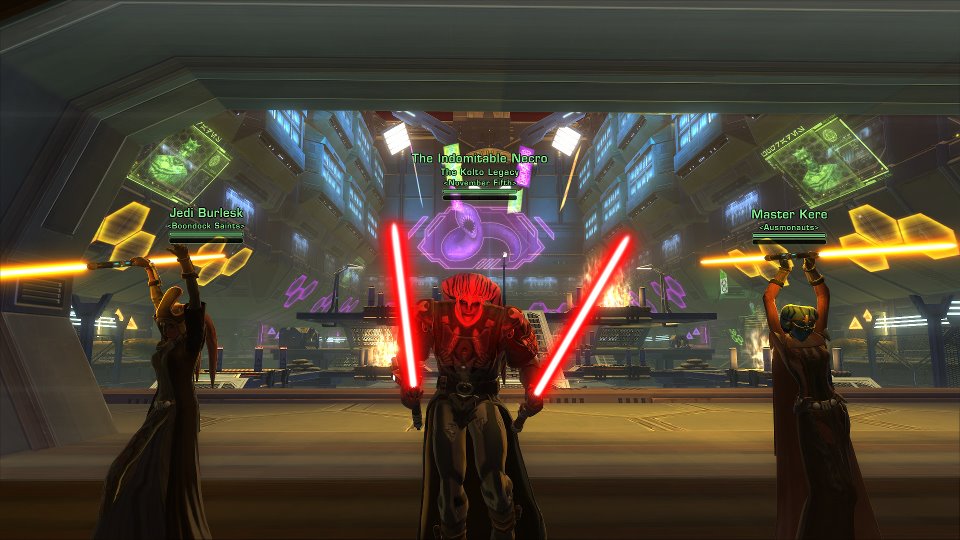 Though, there is a gripe I had with the graphics and it appears that some of the textures are lower than they should be, or that an extra graphical setting is missing. However, as I said previously, the stylised art-style really takes away any real negatives here, especially from a distance. I would just like to see either some of the textures reworked, or that extra graphical set given back to us.

Other than that, the graphics are probably one of the major selling points of this title and it delivers on that front. Fans of the Clone Wars art-style, will probably enjoy this aesthetic the most, but I think it’s Star Wars enough that all fans will love it.

Star Wars: The Old Republic is probably THE defining Star Wars video game from a character based stand-point (X-Wing vs. Tie Fighter is the definitive space combat SW game in my opinion) and as such should be played by every Star Wars fan immediately. The subscription costs are negligible in the grand scheme of things when it comes to the greatness of this game.

Also special thanks to Kenneth and Dusan of the SWTOR Gamers of Aus group for the screens.