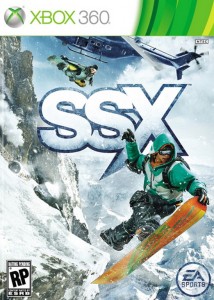 The king of snowboarding is back with an ice-cold vengeance! Making it’s HD debut after a five year absence, the return of SSX is a strong reminder of what the extreme sports games are all about. From the adrenaline-charged gameplay, to the exaggerated stylistic tricks, to the rocking soundtrack, EA Canada have not only flawlessly recaptured the magic of the legendary franchise, but have also improved it in every aspect possible by modernising SSX for this generation. This one’s a no-brainer: if you’re an extreme sports nut, SSX is a must have. 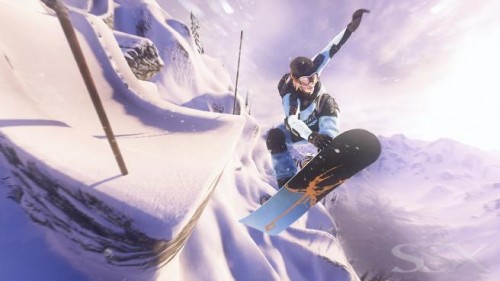 If your playing SSX it’s most likely for the gameplay and not for the storyline. However it should be noted that the set up for this game is quite interesting. Introducing some new characters along side some familiar faces, the story within the World Tour mode shows the origins of SSX and their plan to conquer the world’s nine deadliest descents by snowboarding down them. Beats sitting at home doing nothing, right? But when SSX member Griff Simmons decides to abandon the team, SSX looses funding and are forced to broadcast their drops to raise enough money to fulfil their goal. Thus the race to beat that jerk Griff to conquer the nine mountains first begins! This also marks the first SSX title to feature real world locations, and fact: SSX no longer stands for Snowboarding Supercross anymore, it now stands for Snowboarding, Surfing & Motocross. The story is executed through various cut scenes and graphic novels, and while not hugely entertaining story-wise, it pieces the world of SSX together quite nicely. 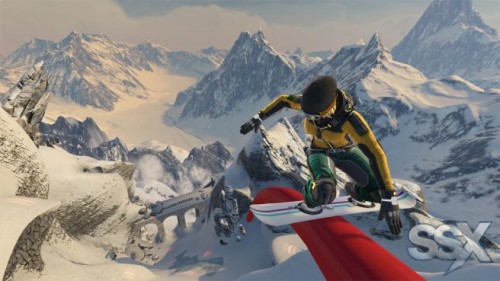 At heart SSX stays true it’s roots, where players snowboard down mountains at insanely high speeds and preform gravity-deifying tricks, but how they do so is a little different this time around. While old school players do have the option of using classic SSX controls, buttons have been remapped by default to preform tricks via the analogue stick. Regardless of which control scheme the player selects, the end result is the same with smooth controls that always have the player feeling in complete control. Preforming gnarly tricks builds up your Tricky meter, which allows for boosts and ‘Super Tricky’ mode that lets you preform even crazier moves, all accompanied by a remixed version of Run DMC’s classic rap song, ‘It’s Tricky‘. Various new features also come into play such as the wingsuit which gives a fresh new flavour to the experience and exciting avalanche escape events. Another standout feature includes the ability to rewind and retry a trick at the cost of some points, however strategically speaking there are more cons than pros in using this feature so it’s seldom needed. Regardless, it’s a nice addition to the game and can be used as a rather effective tool to help improve newer players. 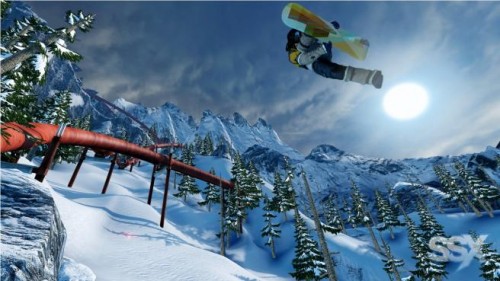 Calling SSX a huge game is an understatement. For starters SSX contains three modes of play:  World Tour, Explore & Global Events. World Tour provides a basic story with cut scenes in between challenges as you travel over the world conquering the nine descents, each one ending with a survival challenge that works much like a boss battle. While fun, this is ultimately a gigantic tutorial pumping you up for the main mode, Explore which has you taking home bronze, silver & gold medals while setting high scores and records in over 150 drops each with three types of gameplay. There’s Race It, your typical ‘get to the bottom first’ race, Trick It, where players compete for the high score and the challenging Survive It mode that will test your abilities to survive the deadly descents. If this isn’t enough Global Events also take place regularly with updated calendar setting various challenges for players. The goal for both of these modes isn’t just to create an epic high score, but to record your ghost for your friends to take on. As everything is updated in real time, you can easily set an impressive personal best only to find out your friend has already beaten you five minutes ago. While this may disappoint some players as there is no classic head-to-head option available, this provides a unique an innovative experience that is fully flexible and equally intense. Every drop you do is recorded here-there are no excuses for loosing, and is as hardcore as you can possibly get, truly defining which player’s better 24/7. 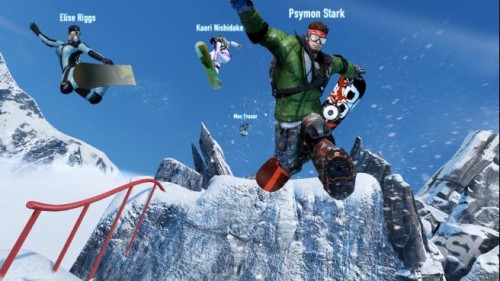 SSX marks the first time the series has seen a HD polish and the game has never looked better. Textures are detailed and elemental effects are particularly impressive, and while some close ups of character models can appear a little rough at times, it makes up for it with very fluent and smooth animations that make preforming tricks even more delightful. It should also be noted that this marks the first time the SSX series uses real world locations, and that each mountain has been designed based off geotagging data borrowed from NASA themselves. Fancy! One of the brightest highlights of SSX though is the soundtrack that 100% captures the mood of the game. Featuring a very modern soundtrack consisting of chill hip hop tracks, dirty dubstep drops and engaging drum & bass songs, the atmosphere is captured perfectly though the soundtrack. Notable highlights include Foster The People’s Houdini, Fluz Pavilion’s I Can’t Stop, Noisia’s Could This Be and of coarse the fan favourite Pretty Lights remix of Run DMC’s Its Tricky. 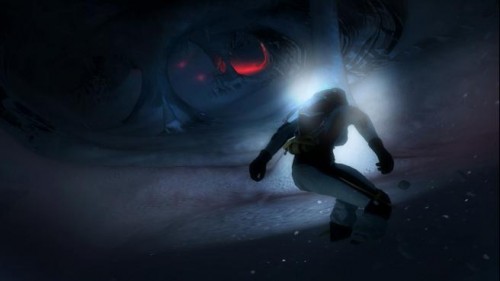 While the last generation of console games were flooded with generic extreme sports titles, this current generation has seen next to none. However all is at peace now as the latest instalment of the SSX  franchise is easily one of the greatest of the genre to date. While the lack of a classic head-to-head multiplayer mode may disappoint some fans, the intensity of Explore and Global Events easily makes up for it, putting a stronger emphasis on capturing high scores and aiming to be the best. At heart however, not much has changed from it’s predecessors, as gameplay does feel almost identical to many other past titles. This isn’t a bad thing though-as EA has managed to capture the same excitement the original SSX did on the PS2. Prepare for a flashflood of memories and arcade-styled fun as SSX hits our generation with full force. Without a doubt, SSX is the hottest (and the coolest) extreme sports title available for the PlayStation 3 and Xbox 360 to date, and most likely will not be beat anytime soon!