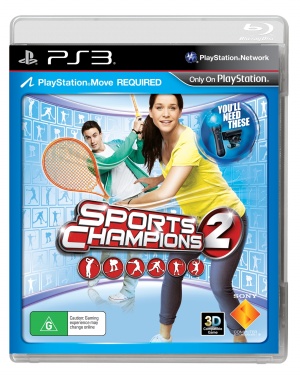 Overview
Zindagi Games are back with another collection of sports for the Playstation Move to try out with Sports Champions 2. Instead of sports such as Bocce or Disk Golf, Zindagi brings in sports such as Boxing, Golf, Bowling, Tennis and Skiing, with Archery the only sport from the first game to transition to the second. Will these sports show what the Playstation Move is all about or will it be a bad collection of sports? Here is the review for Sports Champions 2. 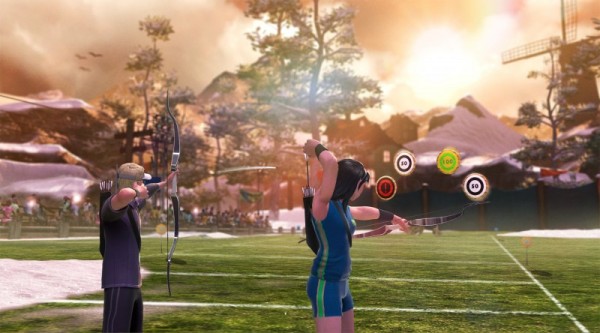 Gameplay
Sports Champions 2 has three game modes to try out the six sports: Cup Play, Free Play and Party. Cup Play is the single player tournament mode, vying for three cups (which represents the difficulty) in each sport: Bronze, Silver and Gold. Free Play is self explanatory. Up to two players can just have some fun with the sports. It is also good for practicing and learning each sport. Party is the local multiplayer mode where players match up against each other. This is where the fun is at as the player and their friends or family battle each other for sports supremacy. Outside of the sports, there is the ability to create one’s own avatar. At first, the player will notice that most of the items are in fact locked. The only way to unlock extra items, such as new clothing or hair styles, is going through Cup Play and obtaining all of the stars in each challenge. There are three stars in each challenge and are based on performance. The items unlocked are random, meaning you do not know which items will be unlocked.

The translation of Bowling from real life to Sports Champion 2 is second to none. The Move controller is very accurate when it comes to the bowling motion. Twisting the wrist adds spin to the ball. However, the motion may be too accurate. Strikes came quite easily for me, despite using the same motion I use when I go bowling. During cup mode, there are different challenges, like getting a certain amount of pins in a certain amount of frames. Still, it is solid and fun. Golf is golf. All the player does is to aim their shot, raise their Move controller above their head and swing it down to hit it down the fairway. Of course, there are environmental elements the player must consider, mainly the wind direction and wind speed. Golf is a game that requires patience and pure accuracy and Sports Champions 2 recreates that feeling. One wrong swing and expect a water hazard penalty or a tough time in the sandpits. 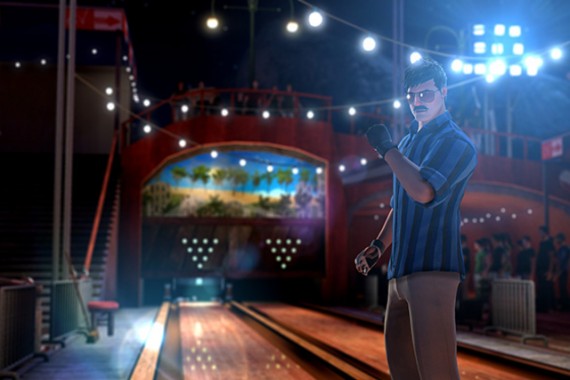 Skiing is also another sport that would benefit a second Move controller. The Move controller acts as the ski poles. The movement of the Move controller is only necessary to turn, lean forward (for some extra speed) or pull back (to slow down when necessary). Players can expect some jumps along the way to perform tricks for extra points. Once again, using a second Move controller brings more of the realistic approach Zindagi Games is bringing to the game. While Archery and Skiing can get away with a single use of a Move controller, Boxing does not feel right at all without a second Move controller. This does not mean Boxing is not a poorly implemented sport; it has solid gameplay. But it feels awkward to be swinging away with one hand. The other arm is delegated to the action buttons. Blocking is assigned to the T button at the back while holding the Move over the head or body of the player. While it feels awkward, it is better than having no control of the other arm. 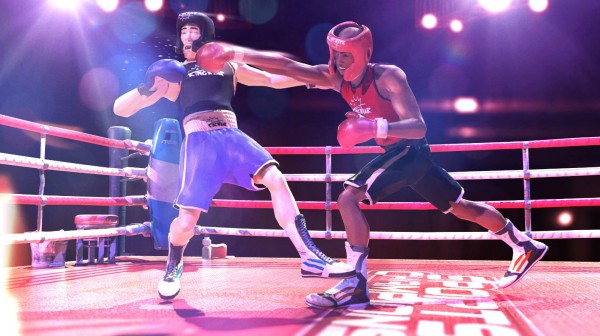 Visuals and Audio
The visuals are nothing special. Zindagi Games brings back the cartoonish style that they used in the first Sports Champions game. The venues look bright and colourful, as well as sharp. Character models are well done with no significant texture faults. Menus are clean as well. The audio is also nothing special, just about average. It is a soundtrack to inspire the inner athlete within the player, but it is quite cliché music. Avatars do not have voices, except for the occasional grunt or something similar. The crowd, though, responds appropriately to the situation, whether it is cheering on when something special happens or shock when something terrible happens.

Overall
This deserves to be on everyone’s must have Move titles. The realistic capturing of every motion involved in every sport selected is excellent, proving how accurate the Playstation Move can be. Adding great local multiplayer and replay value, Sports Champions 2 is one for the Playstation move library. It is too bad that some of the sports are much better with two Playstation Move controllers. Some of the sports, like Boxing, fell too awkward without that second Move controller. It should not, however, deter from picking up this game, as it proves to be excellent with one Move controller.