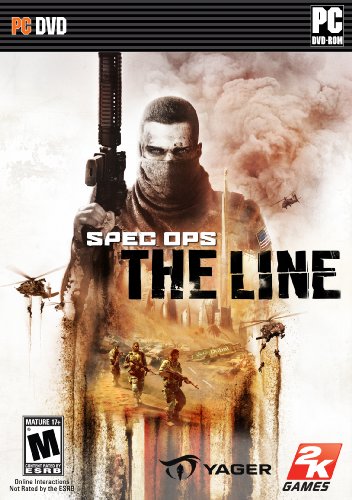 Many people will make the argument that video games are a form of art. Many people will argue against this. Some gamers will argue that gameplay is the most important aspect of a game, I would argue that it is the least important aspect of Spec Ops: The Line. This is definitely a game where the story takes precedence and everything about this game is built to support the story, it is not a game where the story was built to support the gameplay.

How did I come to this conclusion? Read on to find out how.

Spec Ops: The Line follows the story of ‘Delta Squad’, which is a special operations team sent into a sandstorm engulfed Dubai in order to retrieve the missing 33rd Squadron. The story itself is a much deeper and interesting affair and is likely to keep gamers hooked to their screens from start to finish. I know that I was like this. 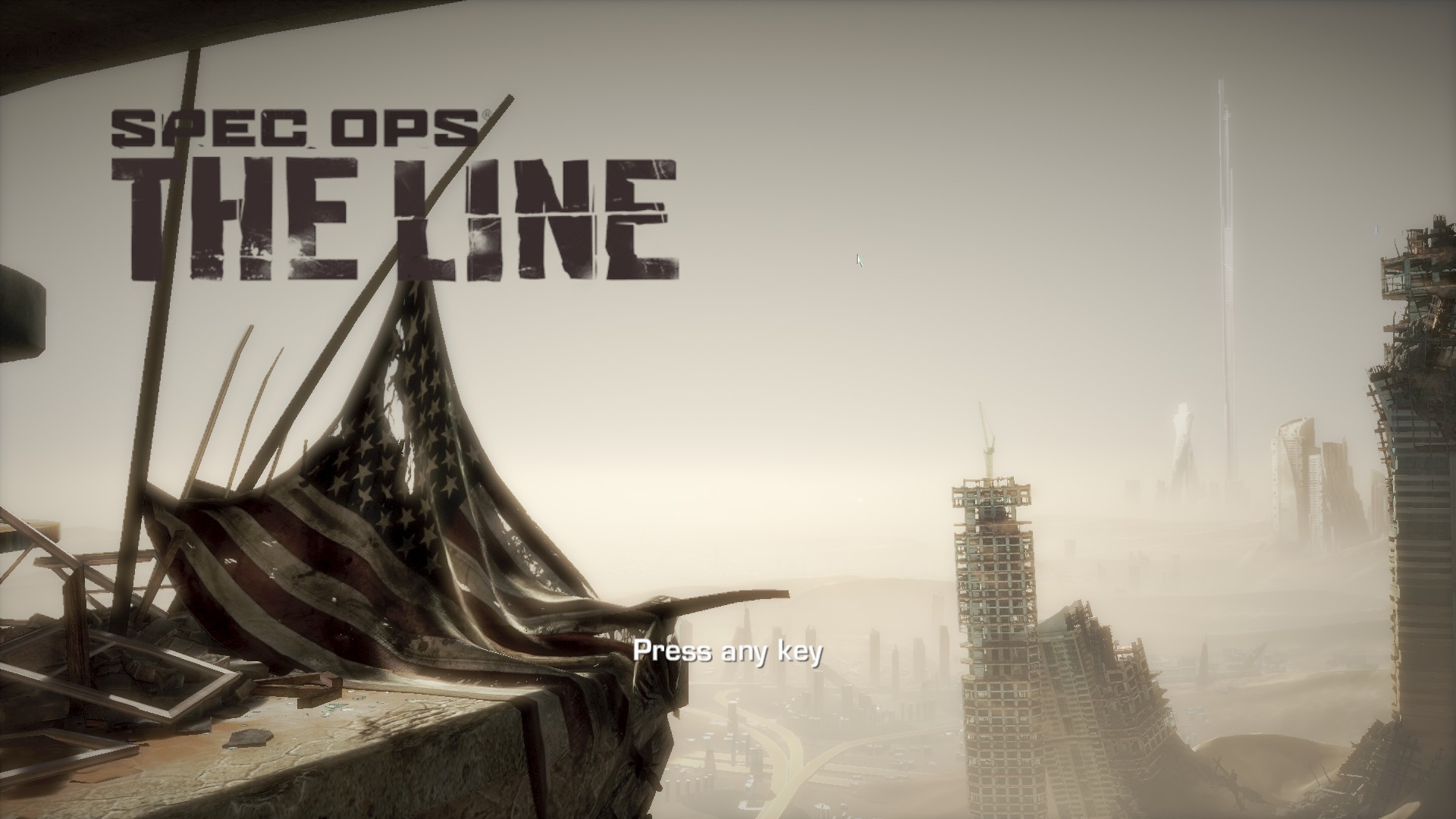 The story in this game is easily it’s strongest point. At no one point during the game was it boring, dull or un-engaging. This is definitely something a video game story should strive to be as the medium is constantly evolving and it is too easy to make a grandiose story that falls flat on all accounts. Fortunately, I ABSOLUTELY LOVED the story in Spec Ops: The Line and anyone who loves story telling in games should most definitely check this title out.

With games that have a well-written story, I find that it’s hard to talk about them without giving too much away and I really don’t want to give anything away as it may severely dampen your reception to the story. So instead, I’ll just be trying to give you a few points on what I absolutely loved about the story and some things that I thought could be improved upon.

What I really loved about the story was how the game presents you with choices as you go along through it. At the time when you have to make these choices, you don’t really think much about them and you just go through with choosing something based on what you believe is the best course of action at that time. And then as you progress further and further down the line you are suddenly confronted with the consequences of those actions and you’re all like ‘What?!”. Even better is how your allies react to these choices, it gives the story a much more dramatic and fuller feel when your choices impact not only yourself, but the way your friends perceive you. 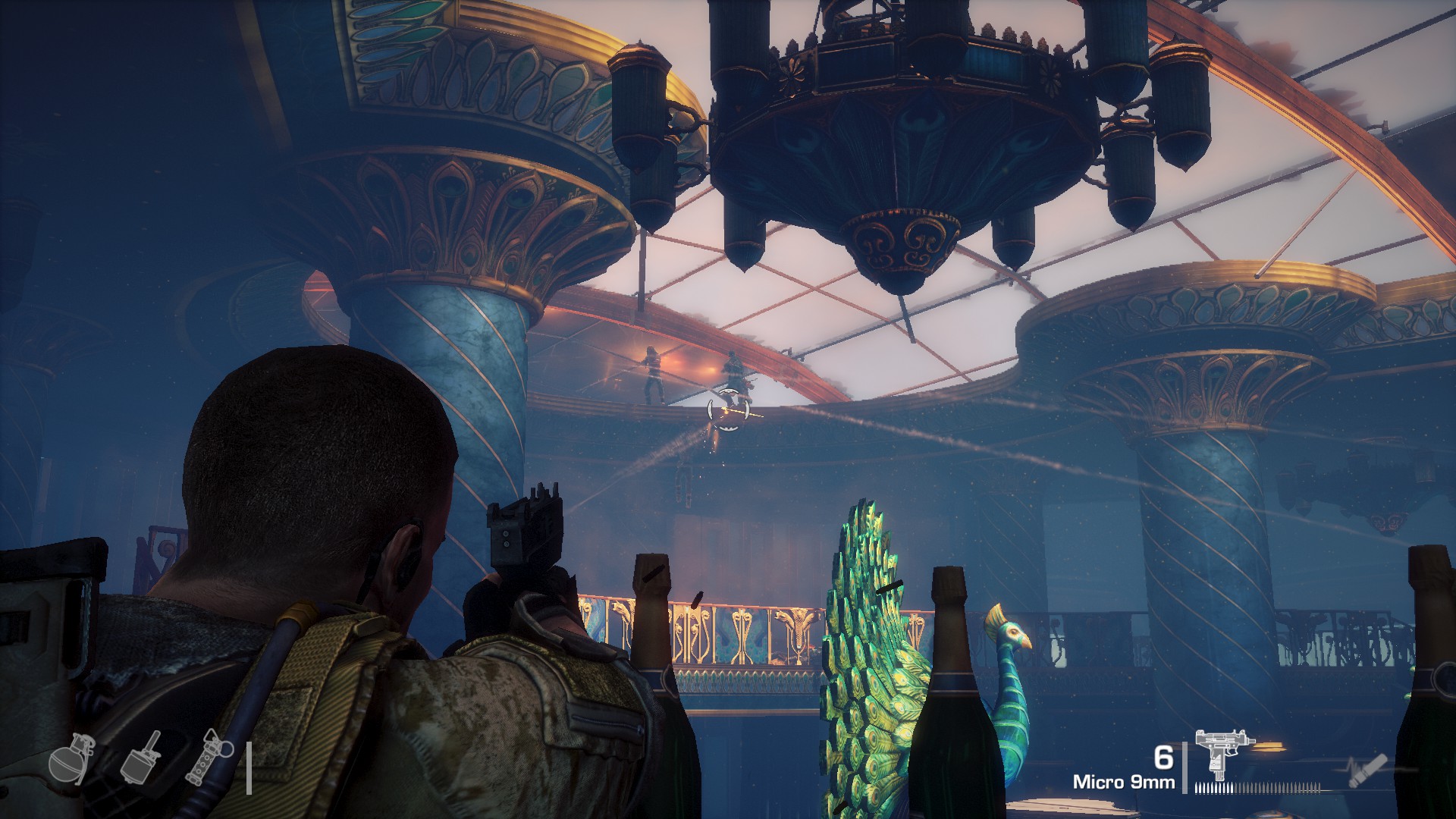 What I also really loved about the story was the way that the characters evolve throughout the experience. Each plot twist, each choice, each decision has the characters around you evolve in different ways. I quite enjoyed seeing my team mates hate on the lead character for making a decision that nobody agreed with, it made the entire story seem much more realistic.

The one thing I didn’t like about the story was how it separated by chunks of linear gameplay and dodgy mechanics. This game would have made an excellent movie if the gameplay segments were substituted with well directed action sequences. I hope that somebody looks to adapt this game with original writers and directors for what could be a very decent film.

Another thing that I disliked, particularly early on in the game, was how it used a bunch of pre-rendered cutscenes instead of using in-engine footage. This was pretty strange considering what they were doing was using pre-recorded engine footage anyway. Why didn’t they just do everything in engine? The pre-rendered stuff was clearly of an inferior quality when compared to the superior PC graphics of the game. 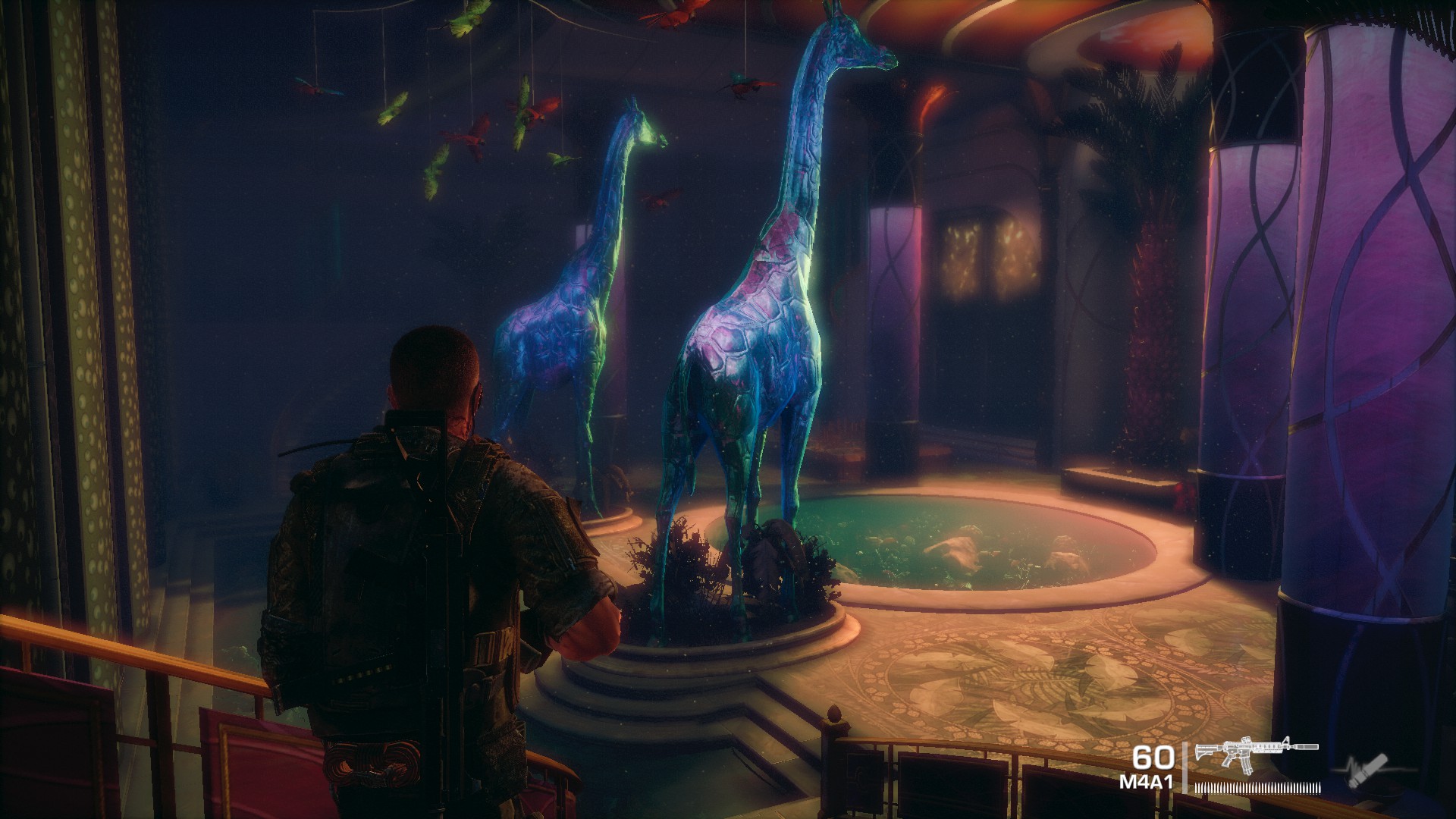 As an aside, dying in a few points will induce some very brief storyline moments. Although they’re not the biggest reveals and missing them will not impact the story, it is still worth getting the additional insight should you actually be killed and see one of these.

One of the things I absolutely loathed about this game wasn’t the gameplay mechanics, it was the fact that levels were so poorly designed. I have not seen such linear level design since Final Fantasy XIII, which is incredibly bad for a shooter. For the majority of a level you’re running through tight corridors only for the area to open up when there is a gun fight to be had. The only levels I really enjoyed (from a gameplay perspective) were the ones where it was apparent that you were hopping from building to building in a sand-covered Dubai. 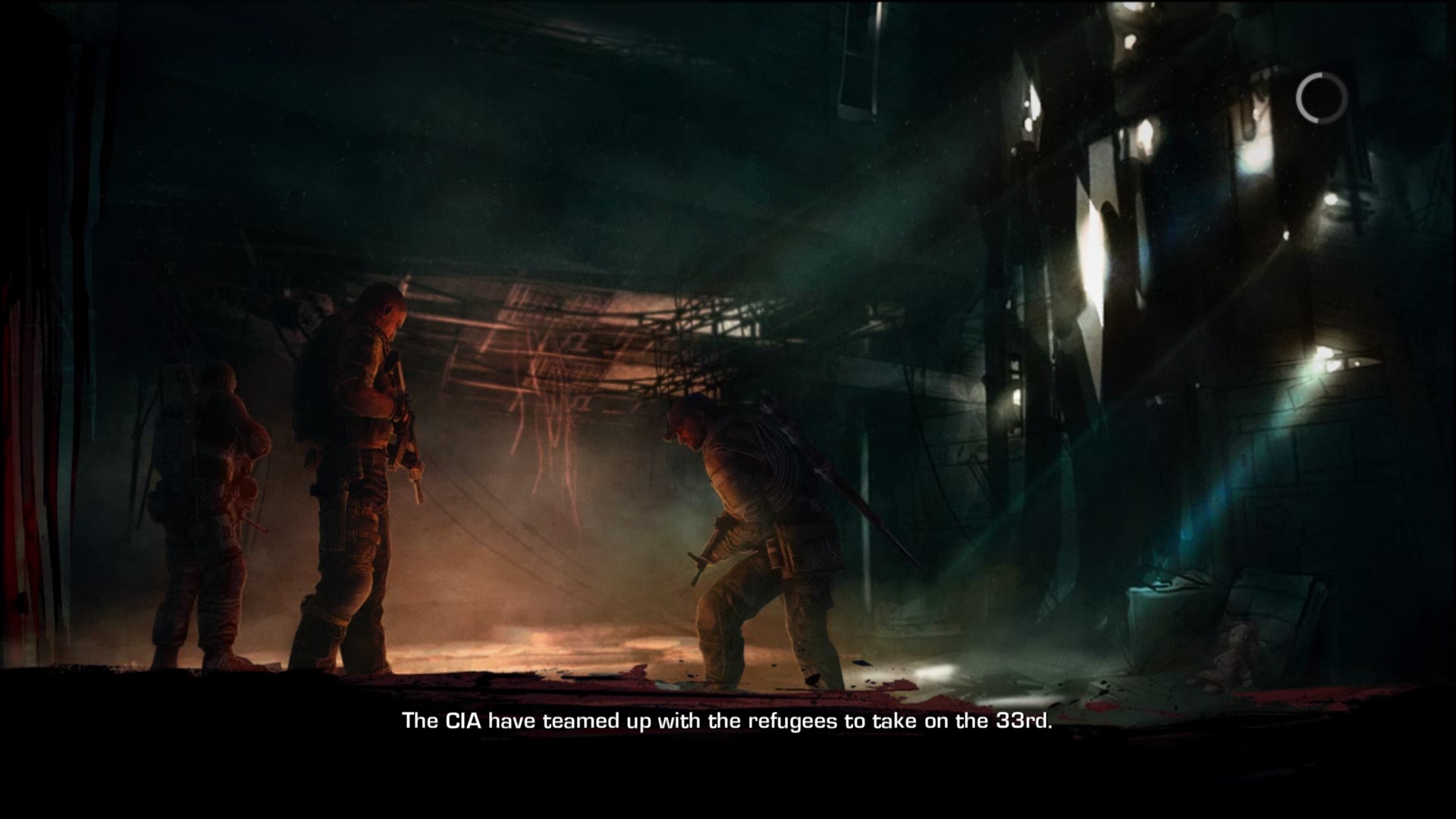 As I said earlier, the gameplay mechanics in this game feel a little broken. For instance, when trying to duck into cover, I’d hit the cover button only to find my character running straight instead of crouching into cover. What’s even worse is when you’re slightly on an angle and then your dude sprints out into the open and then is mauled to death by turrets and dudes with shotguns.

However, even if this games gameplay is a little shonky, it definitely makes up for this by having a brilliant story. This is definitely a game for players who love stories.

Spec Ops: The Line’s video has nothing altogether special about it, but, conversely, it doesn’t have anything particularly wrong with it either. Although I will say that the PC version is superior to the console version visually, even if it is still sub-par to PC exclusive titles. 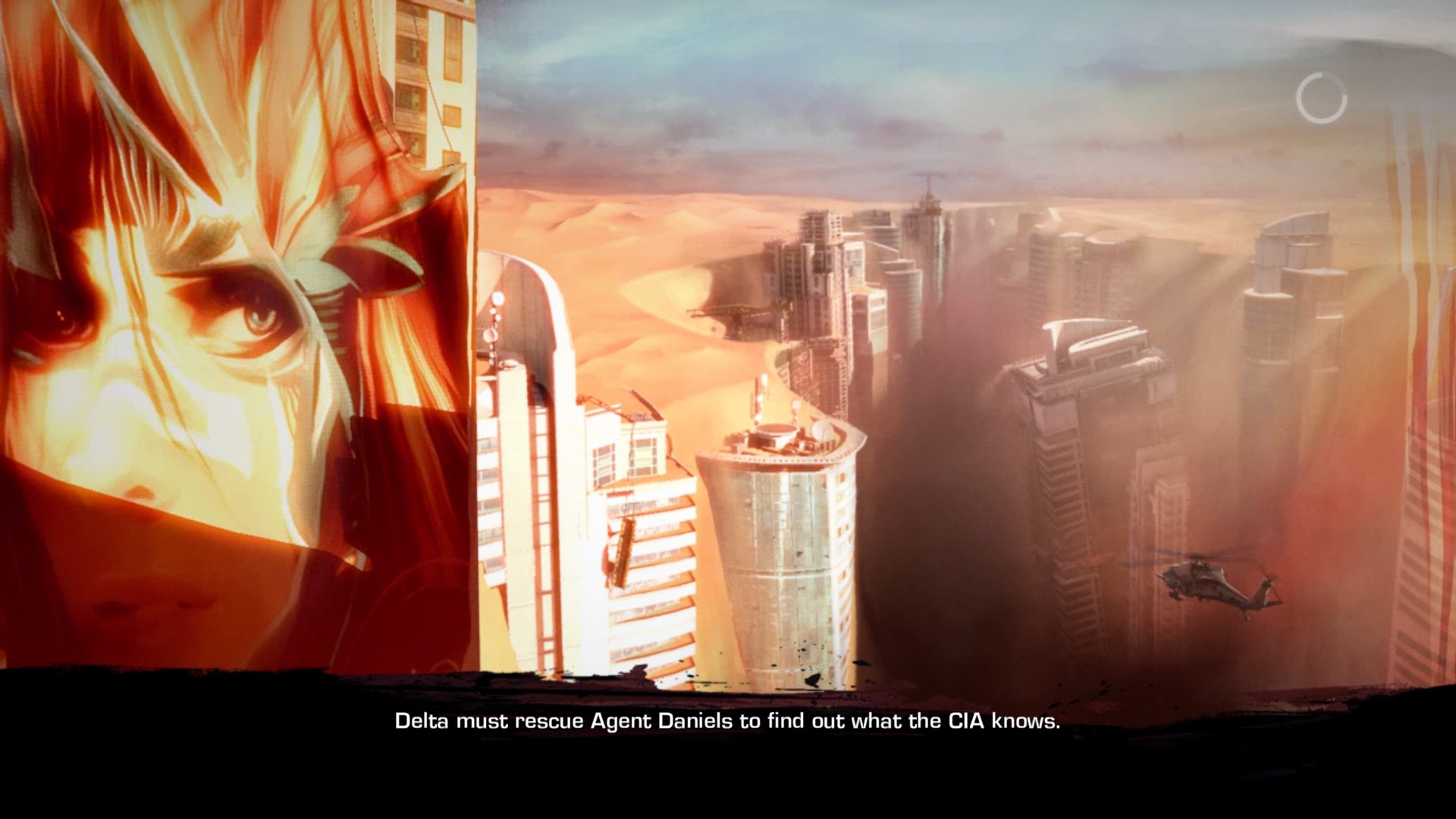 Though, there is one thing that both myself and Senior Editor, Travis Bruno, enjoyed about the visuals and that was how the character was gradually inflicted with more and more damage and this was permanent to the characters model.  This was quite interesting as not many games actually do this and it really reinforces what the character has been through in relation to the story.

What I really loved about this game was the audio. Unlike most games where it is all pushed into the forefront of the action, I found that the background music was often played through speakers and radios throughout the game which really enhanced the scene. This is in opposition to the music being pushed on you and it instead feels like a part of the games universe, instead of separate to it. 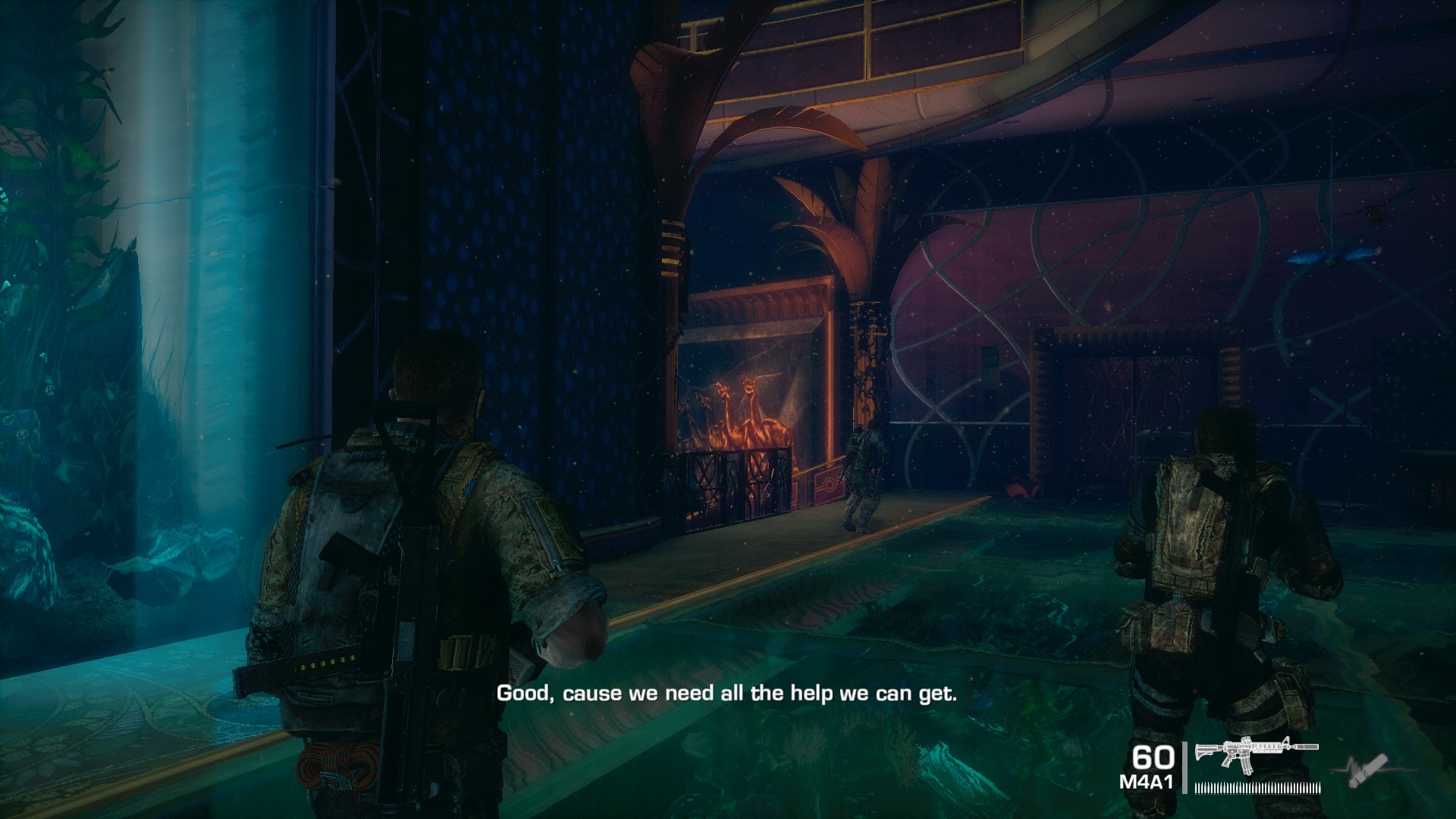 The weapons and the like all sound like weapons and the characters sound like people. Actually, I really liked the amount of detail the voice actors put into playing their characters in this game. The portrayal of each character, even the minor ones, were incredibly well done and really enhanced the reality of the game.

Spec Ops: The Line is a game that tells a brilliant story and combines it with really decent audio techniques and some interesting visual cues to help tell a deep and emotional story. While I think this game would make an excellent film, I would still recommend playing this game in one of it’s formats to play through and enjoy a very decent story in an industry that’s full of cliche and a slapped on story to placate a gameplay premise. Even if you only rent this game, you will love the story and possibly go back to complete it again in the future.