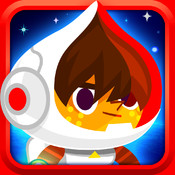 So this mean robot steals your one and only and you play the part of Noah, the apparent hero. He then straps on his jetpack and goes to save the day. Sound familiar? Comparisons to other games don’t end there, there are countless games similar to Space Disorder on the app store, and so what makes this so different? Well not too much, aside from some nice level design and graphics, my general experience with this platform game is pretty boring to be honest. It’s main downfall is the controls, they’re not immediately user-friendly and it hurts the games accessibility. 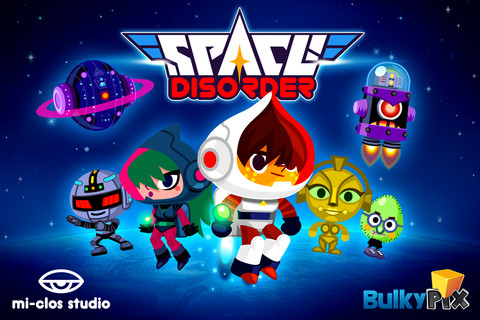 The presentation is solid, which is the main appeal of the game. It’s cartoony, colorful, and has an aesthetically pleasant style. The animation is decent and in particular the death-animation is the highlight, I would know, I died quite often initially when the controls were being frustrating. I guess you could say it’s family friendly, the music is appropriately spacey and inspired by some sort of techno-pop, but as usual I never play smart phone games with sound (why would I?). My short-time with sound was that it fit with the theme, but it did sound like it was just stock music from the internet, although it’s understandable for small games. To be honest I didn’t like the UI, it reminded me of Jetpack joyride and other side-scrollers I’ve played, it’s functional but just too generic. The social media and other links in the right bottom corner of the main screen is also another strange design decision, why not just put it in the centre of screen? 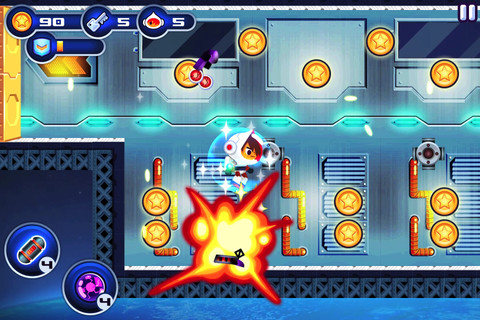 To control the little dude, you’ll have to swipe and hold in different directions, it can be quite jarring initially. Swiping left or right makes him walk on the floors of the spaceships, there seems be a little delay depending how far your finger is away from Noah. Holding down on screen makes Noah glide with the jetpack, which is what you’ll be doing most of the time.  I basically spent most of my time playing in paranoia of obstacles, I’m not sure if that’s the point, but once you’re used to it the controls can become functional. These ships are filled with coins to collect in order to buy the keys that will free the adorable little xenomorphs, which requires a key to unlock from prison. It may take a few levels to get enough money for one key, but once you’ve rescued your first alien, you can give it gifts to improve its mood. Obstacles will also need you to occasionally throw grenades and user other power ups, which might tickle your fancy, but it felt pretty bland to me.  When the little dudes are happy, the aliens will give you missions to complete as you make your way through levels. This virtual pet simulator that nobody asked for is interesting, but not advertised initially so your interest kind of wanes.

In fact, it probably took too long to collect enough coins to get a key to release an alien. The levels are also interesting, in that apparently they’re randomly generated, but they all seem pretty similar. It did cause some confusion after playing for quite awhile, if it wasn’t for the loading it would be like an open world game, never ending on the same level. The whole thing might as well be Noah’s own version of the film “Moon”, where he’s condemned to spend all eternity floating around in space waiting to go home and doing mindless tasks along the way. Also if you want to bypass all of the trouble just to save critters, you can always invest in the blatant in-app purchases system and use real money. In general, I think it just took a little too long to do anything satisfying in game, which is a problem when you’re dealing with the short attention spans of smartphone gamers. 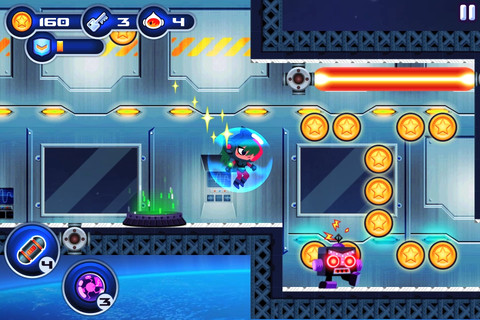 Space Disorder has some disorder’s of it’s own, I had to use that at some point in the review, and this was it. It has average controls, a generic feel and it’s just not too fun. Apparently there’s an update to controls on the way, from what I read on a forum, but until that happens you may as well stay away from this game. It is free to play, so it might be worth checking out, if you’re looking for an average ride that has some pretty sights along the way.