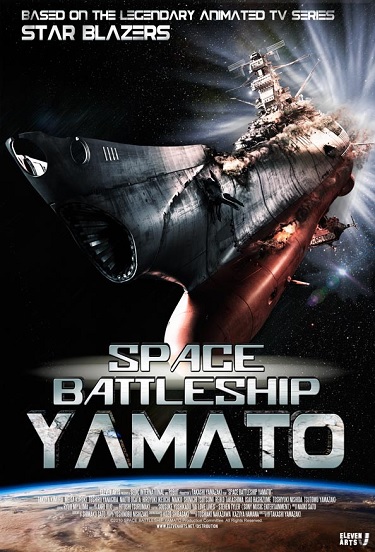 Overview
It has been over thirty five years since Space Battleship Yamato debuted in Japan and on the anime’s 35th anniversary a live action movie simply called Space Battleship Yamato was released in Japan. Since debuting in 2010, the movie has had little presence in North America but now three years later it will be an appearance in cinemas in North America courtesy of Eleven Arts. Now that the movie is finally going to be appearing here, is it worth checking out?

Story
In the year 2199, the human race is on the brink of extinction. For the past five years humanity has been under assault by an alien race called the Gamilas that have been sending meteorite like missiles at the Earth, causing massive levels of destruction but also turning the planet into an uninhabitable irradiated wasteland. When the Earth Defense Force makes a desperate attempt to take out the nearest Gamilas force near Mars, they suffer a humiliating defeat when it is found that their weapons are completely ineffective. 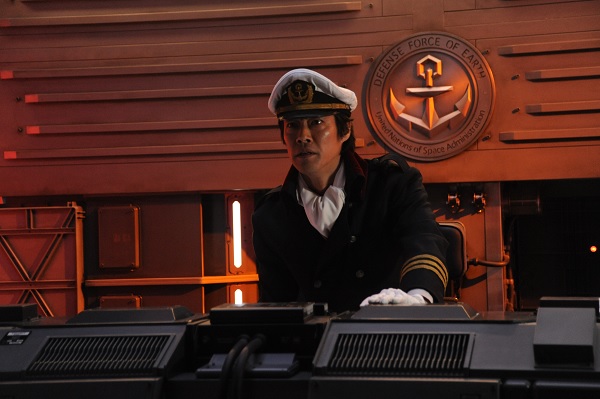 The only way that any of the EDF forces were able to survive were thanks to the efforts of Mamoru Kodai who used his already damaged ship as a shield to protect the flagship of the EDF as it retreated back to Earth. By sacrificing himself, Mamoru manages to prevent the struggles of humankind from reaching an early end. This is not the end of the Kodai family, as his younger brother Susumu Kodai is looking for useful salvage on the surface of Earth only for a mysterious alien artifact to crash to the ground nearby.

The artifact not only purifies the entire area of radiation, new technology for travel and weaponry, but it also contains the location of a planet named Iskandar which might just have the technology necessary to save Earth and put an end to the Gamilas forces. Despite the loss of his brother and his issues with the EDF, Kodai agrees to join a last ditch effort to save the human race aboard their newly upgraded and final battleship, the Yamato.

It is interesting to note that this live action movie is attempting to take twenty six episodes of material and cram it into a little over two hours long movie and because of that, there is a lot of disconnect at times with what the film is trying to get across. Thanks to some rather formulaic patterns, the movie alternates between action and melodrama at a rather brisk pace and rarely does it feel special thanks to each situation being similar to the last.

That isn’t to say that the movie is boring by any means, though it does become rather predictable. The reason that it doesn’t become boring however is thanks to the fact that so much has had to be crammed into the movie so even when the movie takes some time to slow down and examine a bit of the main characters’ backstory it still feels proper and helps build to a number of poignant moments later in the movie. 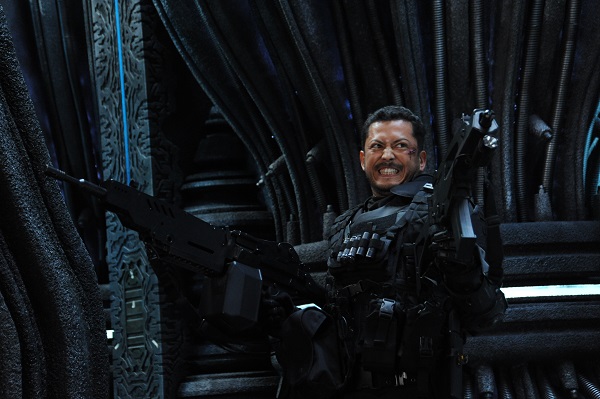 Despite the formulaic nature of the movie and repeated situations, Space Battleship Yamato’s live action adaptation has managed to keep almost the entirety of the main storyline together and as an adaptation this is something that is quite essential. For the little development had between characters there still is some emotion there whenever a sacrifice is made and ultimately the action and constant motion of the story helps make the movie rather entertaining.

Visuals
Now since this is an actual live action review, I will discuss how the actors managed in the movie in this section and while it is great that there is plenty of emotion on screen at any given time, someone needed to tell the cast that there is such a thing as overacting. While there are a few decent scenes where emotions are expressed in a satisfying manner, the majority of the time the actors are so over the top, both in their expressions and body motions, that the acting is particularly laughable more often than not.

It is also worth noting that the director probably needed to spring for a couple of extra cameras to film the movie. Thanks to the camera work, which is almost always handled by a single camera panning over a room of people, or hilariously running up to focus on a face, there is a distinct lack of focus and it also catches too many badly acted background characters simply going through the motions.

That being said, whenever the focus shifts towards the space battles things take a turn for the better. The various ship designs of both the Yamato and EDF ships and the Gamilas Forces are nicely designed and presented in CGI with some very polished looking battle sequences. In fact, almost every CGI element of the movie is nicely handled, whether it is technology used by the crew members or the way that the action looks from inside their individual fighters, these battles are easily the highlight of the movie.

Audio
It is worth noting that this live action movie is not presented with an English dub of any kind and will instead be shown with English subtitles. The subtitles work nicely for the movie but thanks to the aforementioned problems with both overacting and camera usage, it can sometimes be difficult to determine who is speaking in a room full of people at first before viewers understand how each character sounds. 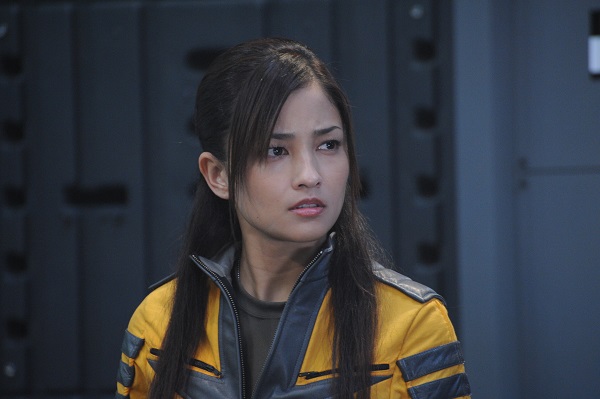 As far as background music goes, the movie has a fair number of tracks accompanying it that are unfortunately, very forgettable. The studio did find enough care to spring for an English song “Love Lives” by Steven Tyler which plays during the ending credits however, giving the final scenes a satisfying emotional punch.

Overall
Space Battleship Yamato’s live action film is finally making its way to theaters and thankfully the movie has done a great job condensing the source material into this bite-sized film without losing much of the story. However while the story and action remain impressive, poor acting and camera usage drag the movie down. Still, even with these faults, the movie is an entertaining sci-fi adventure through space that even newcomers can enjoy.