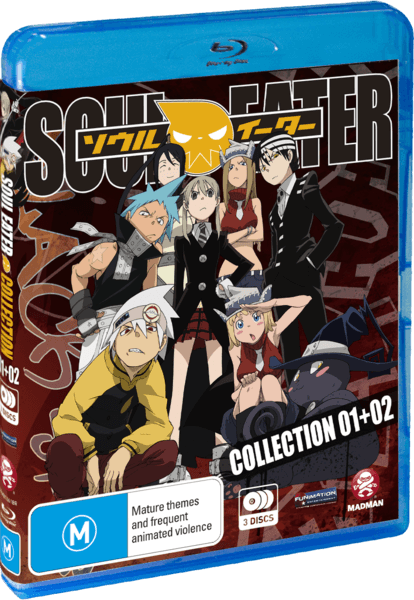 “A sound soul resides within a sound mind and a sound body.”

Soul Eater is an Anime adaptation of the highly stylistic Manga of the same name, written by Atsushi Okubo. The Anime adaptation takes this stylistic art-direction and gives it a fluid motion and colour pallette that is quite befitting of the series premise.  And while the ending has caused a controversy, it is still a series that you should pick up and this review will hopefully explain to you why.

The world of Soul Eater is a strange one, with Witches, Weapons (humans that can turn into weapons) and Meisters running around – as well as the Lord Death running a city. The story follows a small class of Weapons and Meisters at the Death Weapon Meister Academy set up by Lord Death himself as they progress through their classes as well as special assignments against witches, demons and the like. The basic premise is that each Weapon-Meister team has to collect 99 Kishin souls and 1 Witches soul in order to promote the weapon into Lord Deaths next Death Scythe. 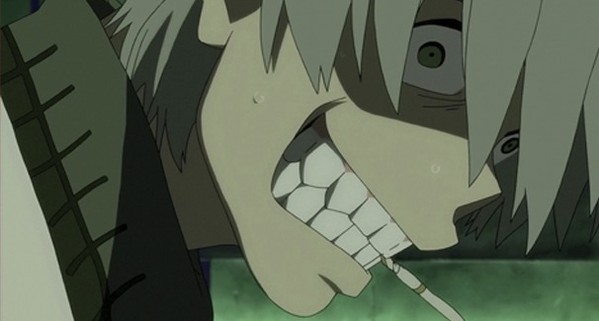 Fortunately the story isn’t so straightforward, a group of witches attempt to awaken a powerful Kishin with the power to destroy the world. Actually, the Witches are actually some of the most interesting aspects in this story. Each Witch seems to be based on some kind of creature, (For example, Eruka who is based on a frog and Medusa who is based on a snake) and have some fairly interesting powers, even if some of them are exaggerated to comedic effect. These Witches are the driving force behind this story, with their shenanigans and evil plotting causing the DWMA to react. Of course, this seems to be a war instigated from long ago, so maybe the Witches have a reason to do the evil stuff that they do.

The first arc follows the Meister Maka and her Weapon Soul as they attend class and attempt to rank themselves up to Death Scythe status. Unfortunately events turn for the worst when Medusa shows up and attempts a revival on the Kishin, which has the power to send the world into madness. During the course of this arc, we are introduced to the entirety of the main cast, ranging from other Meisters, such as Black Star (sorry I can’t find an adequate star on my keyboard) and Death the Kid (Lord Death’s Son), and their weapons, Tsubaki (A woman that can transform into a variety of different Ninja-ish weapons) and Patty and Liz (A pair of high calibur magic handguns). The story progresses fairly well, with sub-stories and a flowing continuity and has a finish that you may not have expected.

The second arc follows a new group of Witches led under the Arachnophobia banner and they seem to have similar plans for world destruction. This time, the Witches are hunting for the magic tools created by Eibon to use with the Kishin to send madness throughout the world. I actually really enjoyed the second arc a lot more than the first one, even if they both of a very similar quality in greatness. The only problem with this arc, for me, was the ending. The ending in this arc finishes the story completely, in a particularly closed manner to boot. 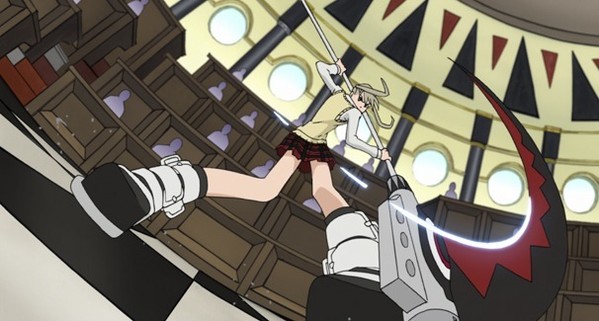 It’s not so much that there was a closed ending that bugged me, it’s more of what happened during the ending. SPOILARZZ!! The main character Maka ends up with a whole bunch of powers that were not established in the story previous to this episode and then somehow the tone and art-style changed slightly, the main enemies personality literally switches 180 degrees and a whole bunch of other nonsense is spouted. In the words of Excalibur himself, the production staff must have “Fools!”. The way the final episode was handled was abysmal at best, you should watch it (the ending) only to see how terrible it is before switching to the manga for the actual story.

Overall, apart from that one episode, Soul Eater has an amazing story and this is something that I would recommend with this Anime to anyone who has yet to pick up this series.

The very first thing that you’ll notice about Soul Eater, even at a glance of the front cover, is that it has a highly unique visual style that is both highly detailed, relatively simple and incredibly exaggerated all at the same time. I know that may sound quite contradictory, but I assure you that it is not. These visuals are very unique. 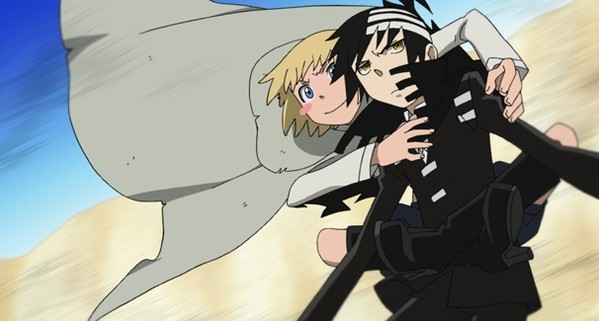 Each character has a very simple design behind them, but they also have a very unique look that often reflects their personality. For example, Franken Stein is very mad scientist looking (with his lab coat and exaggerated stitch marks) while Black Star looks like your typical Shonen styled character (exaggerated of course, he’s probably a parody of Shonen characters in general with his ‘I have to be the best’ attitude played up to the extremes).

What I found most striking visually was that a lot of the inanimate objects seem to have personalities of their own. Take the sun and the moon for instance, each one is constantly carrying a different facial expression. However, this does not just fall down to these two objects, even if they are the most distinctive. Objects like Eruka’s tadpole bombs also seem to have some personality. Even featureless objects seem to come to life (figuratively) in Soul Eater. In one episode one of the Witches are carrying a syringe with Black Blood and it’s over-exaggerated size and style made it seem like it had a personality that may have otherwise been non-existent.

Honestly speaking, the visuals in this show are insanely awesome and incredibly fluid. For example, there was this fight scene in the under-part of the academy and it was so incredibly fluid and dynamic. You do not get this level of fluidity from most other Anime programmes, so this is definitely a plus for this title.

Soul Eater features a 5.1ch soundtrack to accompany the visuals in this amazing show. The surround sound sounds most-excellent and is definitely something that enhances the overall feel of the series.

Another notable thing about the Audio was how much the voice-actors suited their characters. Franken Stein, Spirit, Maka, all of the characters and their voice-actors synchronised so well that it was hard to watch the Japanese dialogue, considering how out of place the voices seemed to my ears. I also feel as though the western actors portrayed the comedy a lot better than the Japanese actors in the show. 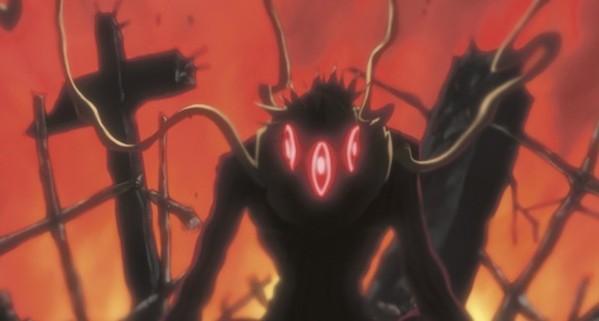 This show is also audibly quirky in that many of the characters (witches in particular) all have habits of saying and doing incredibly weird things. For instance, Eruka’s insistence on saying “Ribbit” every so often.

Soul Eater features an amazing number of special features to peruse at your leisure. I would highly advise listening to the Audio Commentaries by the voice actors on various episodes as well as the clean opening and ending themes. The one major special feature that I couldn’t get into were the mini episodes for the ‘Soul Eater Late Show’.

Essentially these were to be played before each episode aired over in japan, but they were untranslated when they were put onto the disc and I don’t think the comedy translated as well for me. Also, they used the first ending theme as the intro to each episode and that annoyed me to no end. However, people who enjoy Japanese humour and the Japanese voice cast will probably love these. 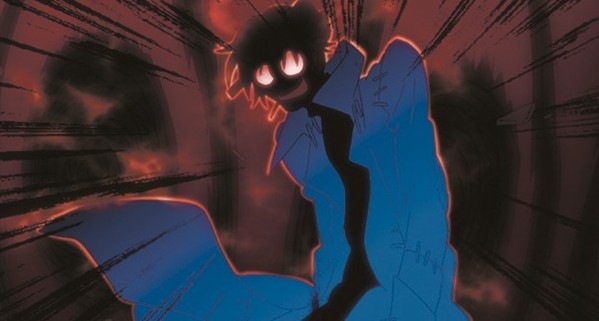 Soul Eater is a wonderfully vibrant Anime series with an aesthetically pleasing art style. The episodes are all well done and the series follows an amazing series of arcs in it’s short life-time. It’s filled with amazing characters, great personalities and a very clever writing team who have created a show that will resonate with your soul.