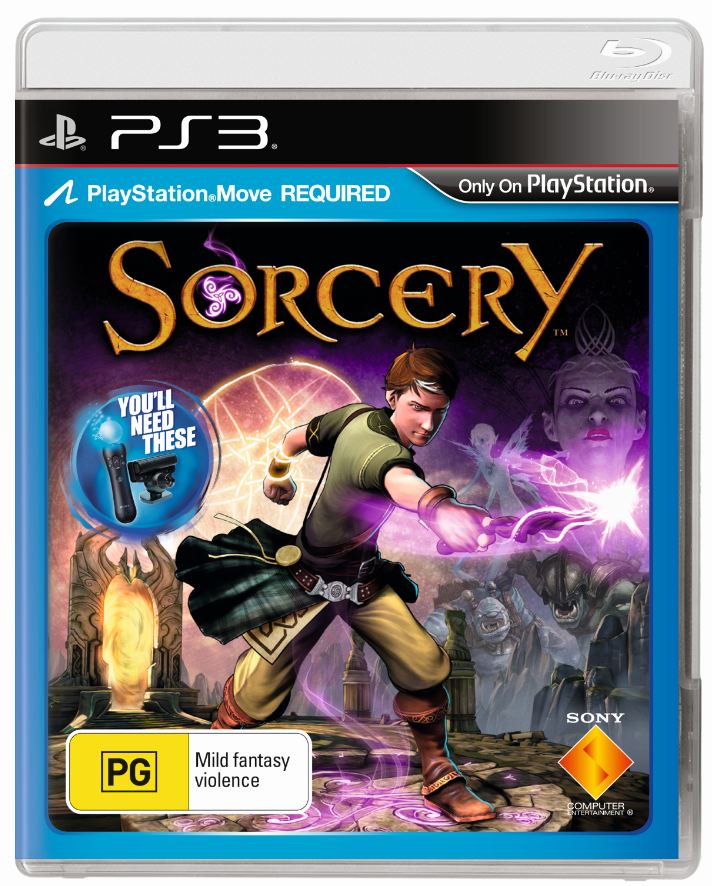 Sorcery brings magic to the Playstation Move. Players will be stepping into the shoes of Finn, a sorcerer’s apprentice equipped with a stolen magic wand. He will have access to an array of spells, cast by motions with the Playstation Move. In addition to magic, Finn will be solving puzzles with spells and magical items, find ingredients and use them to create potions that give permanent effects. Gamers who pick up this game will not be disappointed. The story, while clearly aimed at children, is excellent, with likeable characters that one would care about. The gameplay is fun, exciting and interesting, with accurate Move controls, a variety of spells and potion-making. The visuals are bright and the audio fits within the game world. However, the game is weighed down by a short story, repetition of enemies and repetitive level design. 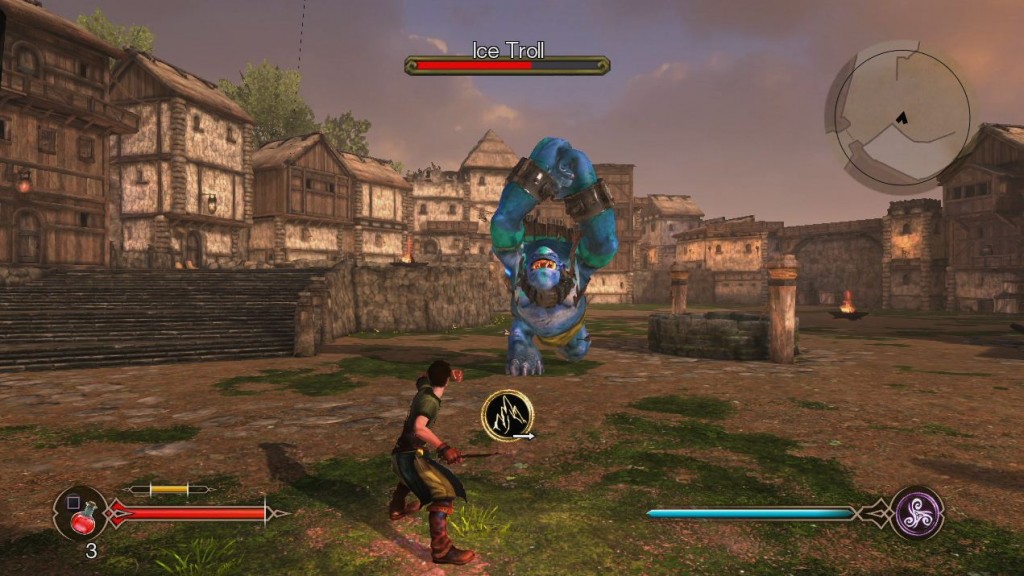 Players take control of Finn, a sorcerer’s apprentice. His master, Dash, leaves the tower to do a task. With a wand confiscated, Finn steals one in Dash’s office, as well as consume a potion that makes him more powerful. After practicing a bit, he sets off a potion that contains an ingredient that Erline, his feline companion, reveals that it is the last of. The two head to Lochbarrow to find some more of this ingredient, only for Finn’s curiosity to get the better of him. Heading deeper, he stumbles upon an orb. After picking it up, he accidentally activates it, unleashing the Nightmare Queen upon the world. Finn must find a way to defeat the Nightmare Queen and restore the world to its normal state.

The story is quite entertaining. It is easy for children to follow the events, but adults will also enjoy the events as well. The interaction between Finn and Erline is the highlight. It provides some of the comedy of the story with friendly banter between the two. However, they also show a deeper friendship throughout the game. Finn is the typical hero who grows from an apprentice to a proper sorcerer. Considering Finn is a likable character, it gives the player satisfaction at the end of the game. The player is also cheering for Finn to succeed. The only problem with the story is that it is quite short. It can be complete in a five to six hour sitting. While the length of the story really has no bearing on the quality, Sorcery could have used an extra few hours. 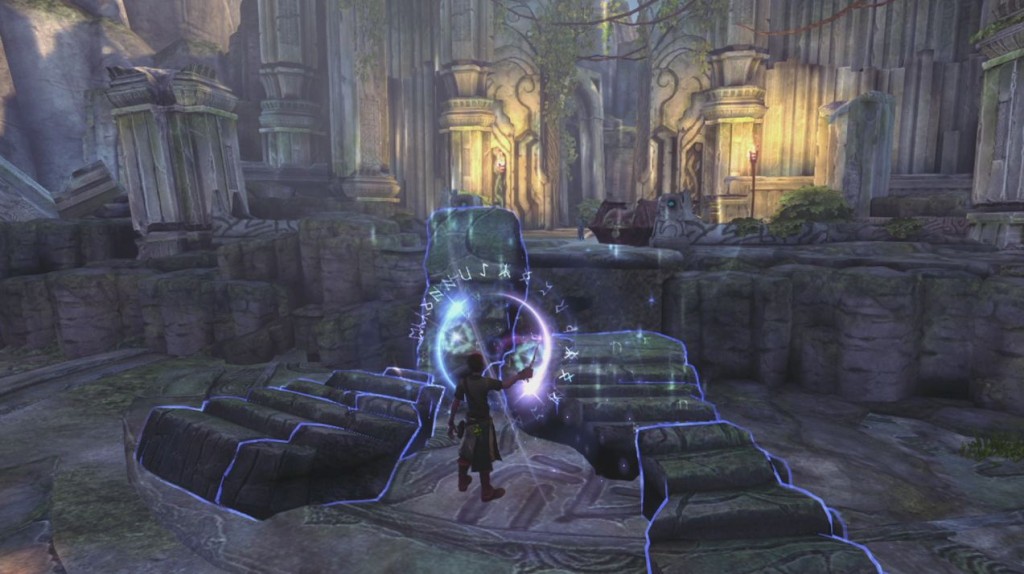 Magic is at the core of Sorcery. That means the player’s only weapon is their Playstation Move. Finn’s first spell is the basic but useful Arcane Bolt. The spell is easy to use. It only requires a flick of the wrist forward in any direction the player desires. Throughout the story, players will have access to more powerful spells, usually involving different elements. The designers opted to allow certain spells to be combined to create more devastating magic. For example, players could cast tornado and combine it with the fire spell to create a fire storm. This increases the player’s arsenal of attacks, adding a new level of strategy. Each spell is activated by holding the Move button and using a different gesture. Other spells such as repair and moving obstacles are also used.

The amount of spells in the game will not be enough if the controls are poor. Fortunately, that is not the case. In fact, Sorcery has the best motion controls of any Move game period. A bold claim, but not one made light-heartedly. While Arcane Bolt only needs a flick of the wrist, what direction the player points the Move at it will go that direction. Shoot it up and the bolt will ascend. The trajectory of the spells can also be curved so that they can hit enemies that hide behind cover. Curving will require practice but is rewarding once mastered. Spells are accurate and responsive to the motions carried out by the player. What makes the controls satisfying is that, when the player makes a mistake, it feels like the player makes the mistake, not poor controls.