Overview
There are many games that have seen remakes on the mobile platform to great success. SEGA recently did it with The House of the Dead: Overkill – Lost Reels. Naturally one could only expect SEGA to bring the blue blazer himself to mobile devices and they have already done so with Sonic Dash and Sonic Jump. So how does SEGA fair at reviving Sonic’s first outing on the iOS? 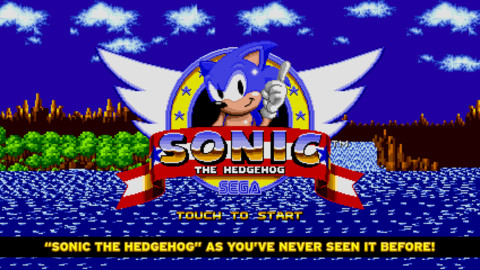 Gameplay
Sonic The Hedgehog is a game that took platforming to new heights and new speeds. With an emphasis on speed, gamer’s were enchanted by Sonic The Hedgehog. Unfortunately with this iOS remake, while being a very affectionate tribute to the legendary title, it just doesn’t keep up with the original.

This version of Sonic The Hedgehog is essentially the original game ported with a few additions. The game is of course completely controlled by touch for example and there in lies the game’s biggest issue, it just doesn’t control well. With two on-screen controls, one for moving Sonic and the other to make him jump, it shouldn’t be too difficult to maneuver throughout the levels but it really is due to some poor response to the input. If you can get used to the touchy controls though you will be fine. Due to the control issues however it can feel at times that the sense of speed that comes with Sonic games is lost on this version, which is a shame. 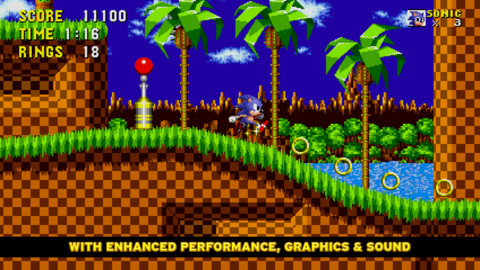 Other than the control issues, this game is very much Sonic The Hedgehog, it is identical in nearly every way but it features some nice little extras which are sure to excite fans such as Tails and Knuckles being playable characters after being unlocked.

At the end of the day however, this is Sonic The Hedgehog as you always knew it. You can do time attack, partake in the leaderboards to compete with others and of course play through with the alternate characters. It is a nice little tribute to the original, but is unfortunately held back by nagging control issues. It is ultimately just a fun little trip down memory lane, it is Sonic as you have always known it, whether that is worth the price of admission is up to you to decide. 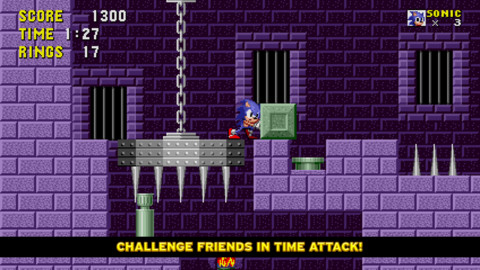 Visuals and Audio
As the game starts up you are greeted by a delightful 3D model of a mega drive case and cartridge for the game, this really sets the tone for what to expect from this title. It is retro in all regards and wears that as a badge of honour. There is no alterations to the original visuals of Sonic The Hedgehog, but it hasn’t aged a day. It is vibrant, inviting and very charming. The aesthetic still works wonders even in this day and age. 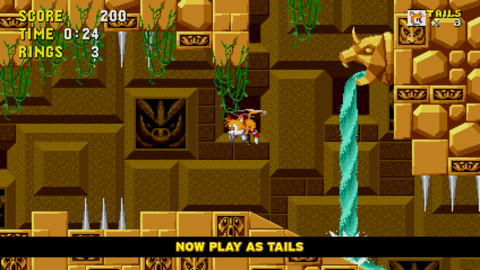 The soundtrack is likewise retained from the original game which is of course a good thing for fans of the legendary music of Sonic. It goes without saying that Sonic The Hedgehog is well known for featuring incredible music and this release serves as an excellent reminder of that. 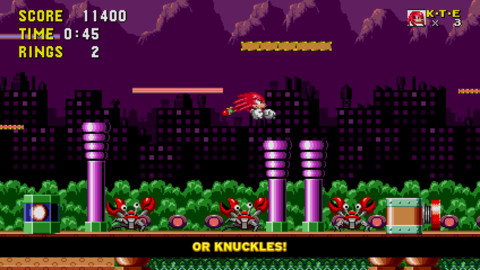 Overall
If you are looking for a nostalgia kick then maybe Sonic The Hedgehog for mobile is worth a look-in. But if you have never played the classic original, this is not the place to start. The control scheme just doesn’t compare to the original game’s slicker and smoother controls. There is a fair amount of fun to be had here however if you are a willing to give it a go. What more really needs to be said? It’s Sonic The Hedgehog. This is far from a necessary port but it is also far from a bad port. It isn’t as fast as it once was but it’s still worth a spin.