SongRush is a music-based autorunner from BulkyPix. The game has you importing your own music from your library and then running through the tracks, jumping, sliding and charging through the beats, rhythms and melodies. The game is fun, and at a $0.00 price point is always a great download, but is held back by a few tiny problems that stop it from being a perfect experience. 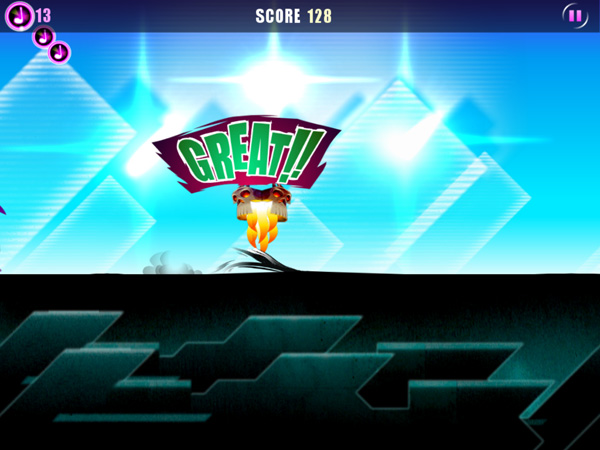 SongRush is an auto-runner with an incredibly simple control scheme. The game has you running through flat areas, ducking and weaving around rock & roll themed obstacles, all while being chased by a tentacle beast. By tapping on the left hand side of the screen you will slide under oncoming obstacles, while tapping on the right side makes you to jump.

The game builds stages depending on the music you have in your mobile library. You pick songs to import into the game, where it will then analyse the beat and rhythm before spitting you out a level that matches the tune. It works great and is really a lot of fun to duck and weave through four minutes of Disease by Matchbox Twenty or the Power Rangers Theme. The only problem I found was that all of the songs I imported only ended up reaching the medium difficulty level, and believe me I tried a LOT. 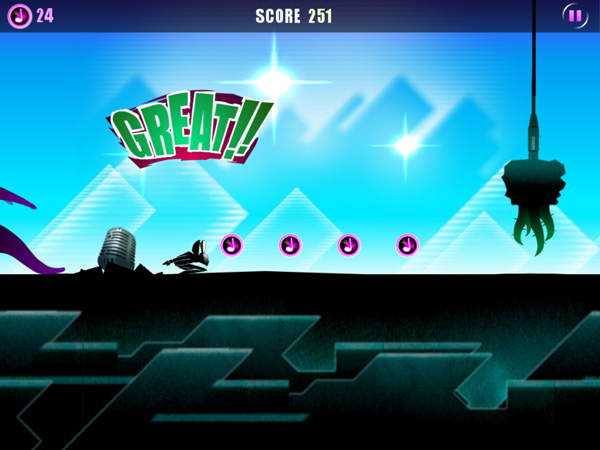 The controls are simplistic enough that anyone can play, and make it through their favourite songs with relative ease. The difficulty arises when you try to make perfect movements and combos to increase your score counter. In order to gain the maximum score, you have to time your jumps and slides so that you make them at the absolute last second. The more perfect dodges you get in a row, the higher your combo multiplier gets. On the flip side, waiting until the last second leaves you open to the very real opportunity of missing completely and running through one of these hurdles. if you hit too many obstacles, then you run the risk of having your game ended prematurely by the tentacle-beast.

Since the game is free-to-play it is a reasonable expectation that there would be in-app purchases. SongRush takes a tried and true method of implementing an “Energy bar” that replenishes over time. You are given a few coins at a time, and each run costs you a coin. Once you are out of coins you are able to buy more using the in-game currency, which you can beef up by using real-world money. All in all it doesn’t feel pay-to-win, but at the same time, when you have a great run and want to go again but are out of energy, it can really put a damper on the whole experience and kill a lot of the buzz you had for the game. 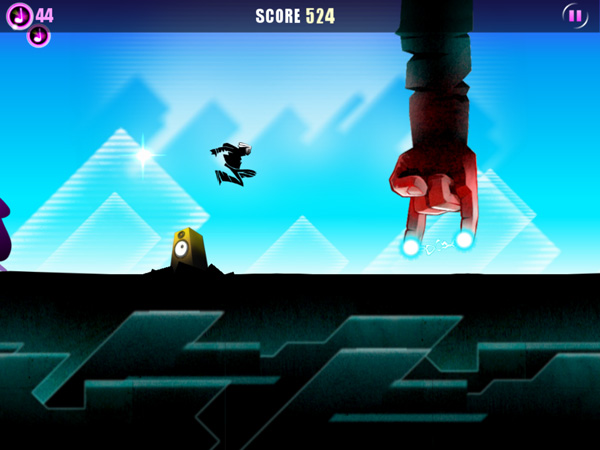 Most of the foreground objects in SongRush are dark coloured silhouettes, and this helps them to really pop out from the background. The game uses a lot of these deep colours like greens, blues, purples and black, which allows for the brighter reds and yellows to really pop out at you. As you run, the background will be lighting up and flashing to the tune of your song, while the obstacles in your path appear in front of you. Many of these obstacles are reminiscent of typical rock and roll imagery. Things like devil-horn hand gestures, pillars of fire, and guitars jumping out of the ground all add to the music vibe that this game is all about. 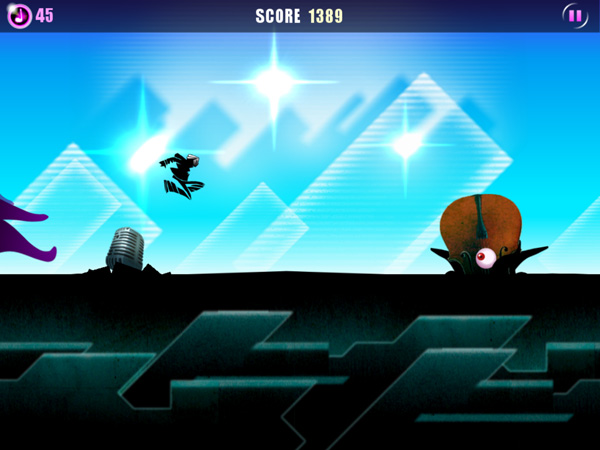 The Audio is SongRush is great… Or it is awful… Really it all depends on your taste in music and what you have on your mobile at the time. I personally got to play through levels to the awesome sounds of Linkin Park, Matchbox Twenty and Jimmy Eat World, before I finished my final play-through by running the gauntlet that is the Mighty Morphin’ Power Rangers Theme.

This freedom to pick and choose whatever song you want means that the player should never be in a situation where they don’t like the background music, because well, if you don’t like it, play a different song.

During gameplay, there are no sound effects or audio cues aside from the music you are playing to. This is a mixed blessing as it allows you to really enjoy the music that you love and play the game without interruption, but at the same time the inclusion of a few light sound effects when you jump or slide could really pack a punch to this game and just tie up the package nicely. 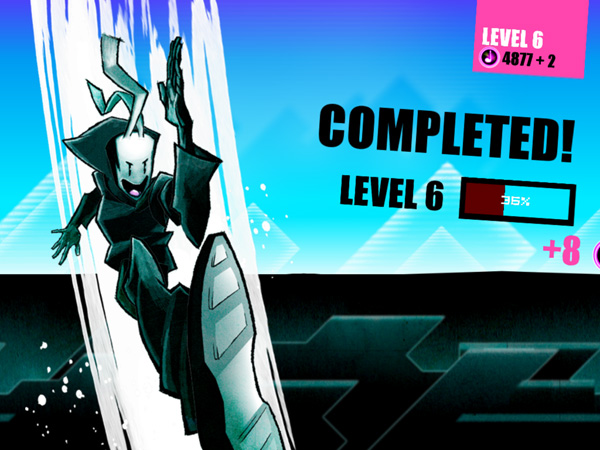 SongRush is an awesome little auto-runner that creates its levels based off of the songs you own. This means that there are never any moments where you start to hate on the music (and if you are, it means you need to update your iTunes Library). The controls are simple enough for anyone to be jumping and sliding around the rock themed obstacles in no time. The game is only held back by its energy-bar system, and the lack of sound effects can make you yearn for just that little bit more. Despite these minor shortcomings though it is hard to not recommend SongRush, especially at that sweet $0.00 price point.