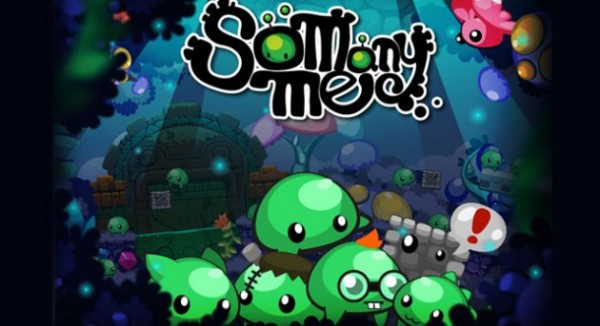 Puzzle games have never been my strong suit, nor have I ever been gifted with the particular knack required to beat puzzles easily. However, So Many Me has me hooked, with its cute artwork and addictive gameplay. The title was developed by Extend Studio and published by ORiGO GAMES, who also published Rain Blood Chronicles: Mirage. This amazingly charming puzzle platformer is an absolute delight to experience, especially as the game builds up through your progression. Players follow Filo and his band of clones as they attempt to save the world from an unspeakable evil, one that threatens to destroy all life on the planet. I’m quite surprised at how much fun I’ve had with this title.

The gameplay is quite simple, but it isn’t the movement that will get players confused. While the basic movement is just using the directional keys, there’s extra mechanics that are necessary to complete each level. One of the main things about this game is the ability to acquire clones of Filo, the main character blob that will be venturing across the globe to stop the evil. Each of his clones has an individual name, and while it might take a while to completely unlock each one of your clones, they all serve a purpose in your quest. As you unlock them, each of them will follow your every move. This becomes both a blessing and a curse. One of the unique features of these clones is that they unlock an ability that allows you to turn each one of these clones into a stone, giving you the ability to latch on to otherwise unreachable locations. The ability is keybinded by default to “D”, and turning the clone back to a clone is done by pressing the Down key.

When I say that the clones are a blessing and a curse, I mean by how easy it makes your life to have these clones to access difficult parts of a level, but also how worrisome it is to worry about this huge trail of clones behind you. While turning your clones into rocks has its benefits, it also makes you more susceptible to monster attacks and difficult obstacles. Let’s say you have a trail of 5 clones behind you, and you try to jump over a turret’s firing range to avoid it. Even if you think you passed the danger zone, your tailing clones might not be so lucky, and when one of you gets hit, you all die. The clones mechanics adds a whole new level of depth to the game, forcing you to become aware of everything going on around you. Of course, Extend Studio hasn’t left us in the blind with this. By holding the Shift key, you can overlook the whole level, allowing you to plot out your course to successfully acquire all three objectives in a level.

At first, it was difficult to get used to the movement because you had to account for each of your clones. When they stack up, it takes a while to get your bearings set. With more than one clone, you have to be able to micro-manage how many clones you have stuck in stone form and which ones are going to be pulled out of the form when you recall them. I’ve had multiple instances where I didn’t want to recall a certain clone who was holding down a button, but ended up doing so because I forgot which clone to use. It’s infuriating for me but it also forced me to really think about what I was doing before I set the pace. Trying to get to higher reaching places was also a challenge, as you had to time your jumps so that you recall a clone, and set the next one up as a stone. It’s small things like this that creates an even deeper challenge than the basic floor plan of the level.

They’ve also integrated little special transformational abilities that will assist you in beating certain levels, and by utilizing these abilities smartly, players will have a much easier time accomplishing all of their objectives. They also have boss battles in the game that players have to beat to progress. There’s a lot of different mechanics in the game that creates a very complex experience for players, but where’s the fun if I tell you guys everything there is to know.

Visually, the game is really cute. I love the artwork and style of the game, and I find that with the overall storyline and feeling of the game that the artwork completely works. Filo and the rest of the cast are made to look like blobs, but you tend to not mind his comments or all of his clones, each with their own distinct personalities. It’s not very graphically intensive, but the scope of each level increases, making it harder and harder to finish all of you objectives. The soundtrack wasn’t too bad, and the sound effects are nice. They do complement the gameplay and for that I’m grateful. The audio track helps the game along and it keeps the gameplay light. It saves me from feeling like I should be ripping my hair out.

Honestly, I haven’t had this much fun with a puzzle platformer in a long time. So Many Me is a special game and I would definitely recommend it to anyone who has an interest in beating puzzles or likes being dumbfounded for hours on end. The gameplay was well done and everything seems to be in working order. All the mechanics are pretty unique and you can definitely say that the game plays well. If you haven’t checked it out yet, I suggest you definitely check it out on Steam. While there might be some small kinks about the game that I wasn’t all too fond of, the game was still worth the play, and I can see myself going back to finish the game all over again.