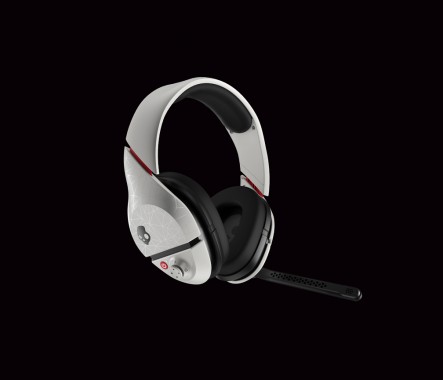 The Skullcandy PLYR2 Wireless Headset is a stereo headset that utilizes 2.4ghz technology to transmit the signal to the headset. It is the middle child from the corporate marriage of Astro Gaming and Skullcandy, the lowest tier being the SLYRs and the top of the line being the 7.1 surround sound wireless PLYR1 headset. The PLYR2 accepts audio input through USB and red and white RCA cables. The headset accepts a mini-USB cable to charge the battery.  The SLYR was an extremely pleasant surprise and the PLYR2 comes close in matching the SLYRs quality with a few catches. 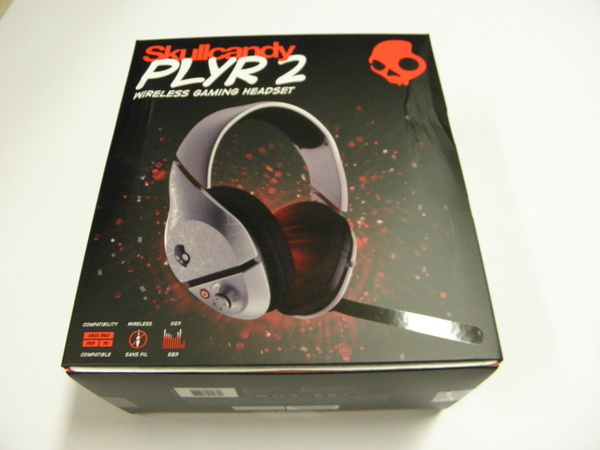 The PLYR2 is a relatively light headset considering a wireless receiver and battery is crammed in the housing. I found it to be about the same weight as the Astro A40 2011 edition headset. However, it is an extremely small headset. Compared to the already small SLYR, I found the PLYR2 to be slightly smaller. Those with large ears will be stuck using the PLYR2 as an on ear headset. While the SLYR was slightly deceptive in the amount of room inside the padding where a larger earlobe could fit in, the PLYR2 has very little wiggle room. Padding used on the PLYR2 is extremely soft especially compared to the SLYR headset, so wearing the PLYR2 on or over the ears for extended period of time should be no issue for the ears. The top of the headset has similar padding. I personally found it to be comfortable to wear for long periods of time, but one of the people I asked to try on the headphone complained that the PLYR2 put an uncomfortable amount of pressure on the top of the head. I suspect this is most likely due to the heavier weight on the headset’s ear cups from the battery and wireless receiver.

The build quality of the PLYR2 is solid for the most part. It is light and the headband and ear cups feel strong. USB and Xbox 360 chat cable jacks are sturdy without any wiggle.  The big problem is the EQ switch and volume stick feels loose. The EQ switch at the bottom is extremely loose, although the actual switch mechanism requires the right amount of force to engage, the switch rattles around easily. The power button is very good, clicking with a solid feedback without being too hard to use. Unfortunately the thumb stick used for volume control and voice/game balance feels a bit cheap. The stick lacks good physical feedback and because it is an analog thumb stick for four different directions, I sometimes found myself messing around with the voice/game balance when I was trying to adjust the volume. I would have preferred to see some sort of physical button for these controls or something to remove the ability to move the thumb stick diagonally. 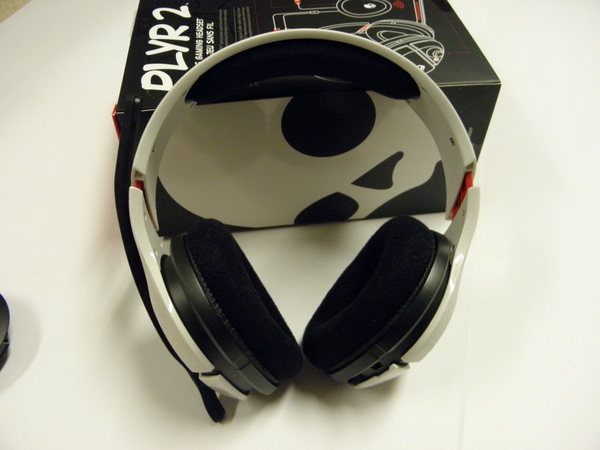 The PLYR2 is charged with a USB cable to the rear of the right ear cup. The headset can be used while charging, turning it into a wired headset. I initially found the placement of the USB cable to be a little awkward to wear while charging; I became used to it quickly. I would have preferred to see it located closer to the chat cable jack as I believe the awkward feeling came from the fact all wired headphones tend to have a cable dangling straight down versus at an almost 90 degree angle straight out to relieve strain on the cable. The PLYR2’s battery life is around 15 hours of use out of the box before it hits to the 15% recharge warning light. The headphones emit a tone when turned off and on and make another tone to warn the user about low batteries. 15 hours is enough battery life to be used all day then charged overnight.

The wireless transmitter performed extremely well in my tests. I tested it by placing the transmitter in the basement and climbed up to the top of my two storey house and had no signal loss. I found my Xbox 360 controller lost connection long before the PLYR2. I did not have any problems with signal interference in my testing. 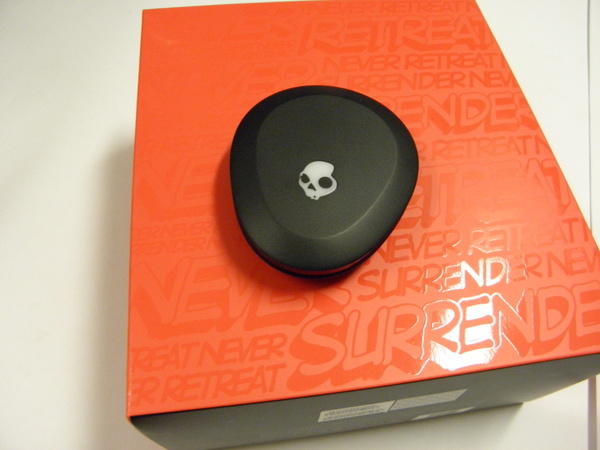 The audio quality is a mixed bag depending on your platform of choice. I initially tested the PLYR2 the same way as I normally do by plugging it into my computer via the provided USB cable and listening to music right away. I was shocked by the poor sound quality compared to the SLYRs, a pair of headphones I consider to be nearly unbeatable for gaming at its price point. The PLYR2 had strong and clear bass but the mids and highs were recessed and sounded terrible. No amount of fiddling around with the headphone’s EQ switch would improve the situation. I then switched to the Xbox 360 and saw a marked improvement in sound quality. I realized that the PLYR2 is capable of excellent sound for the price that matches the SLYR in quality. The highs and mids are clear and well balanced with the bass. Unfortunately the USB soundcard in the PLYR2’s is extremely poor. Although it is good enough for regular voice chat, it does the headset a grave injustice. Xbox 360 and Playstation 3 users are not affected by this because their game audio comes through the RCA cables. PC gamers however get the short end of the stick. They are much better off purchasing a male 3.5mm audio jack to 2x female RCA connectors to connect to their computer’s sound card to get the best sound quality possible. Doing it this way also allows PC players to route their voice chat through the USB sound card and get the game audio through the analog connection which will allow them to adjust the voice/game balance similar to the Xbox 360 and Playstation 3. These adapters can easily be purchased for a few dollars online, but it is an unnecessary hassle for PC gamers to get the best performance out of the PLYR2. I would have preferred to see such an adapter come bundled with the headset. 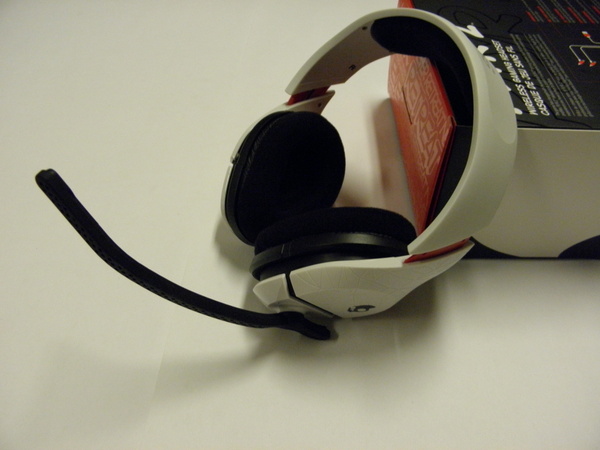 The EQ switch on the PLYR2 works well. There are three modes available. The precision mode increases the treble making it easier to pick out gunfire and footsteps in FPS games. Bass mode is self-explanatory and works great for bass heavy dance music and action films. I personally preferred the default Supreme  mode as it is the perfect balance for everyday use.

The microphone quality on the PLYR2 is respectable. I did notice that the internal pop filter was ok, but an external foam piece would have been helpful to cut down on the popping as the microphone boom reaches close to the mouth. I liked the fact the microphone mutes itself automatically when it is flipped up. I always knew when the microphone was lowered down to mouth level that it was ready to go and if I wanted to have a private conversation with the room, I simply needed to raise the microphone. It is an extremely natural way of handling the muting and I wish more headsets did this. 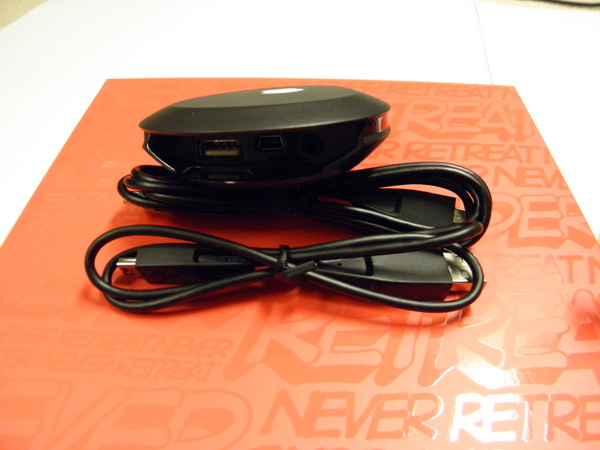 Overall the PLYR2 is a solid headset. It is priced at a very reasonable price point compared to similar products on the market at $129.99 USD. It is a comfortable headset, though those with larger ears may be forced to use them as on ear headphones due to the small size of the ear cups. Considering a wireless transmitter and battery is jammed inside the headset, it is rather light weight and comfortable to wear for extended periods of time. The headset sounds excellent with a good mix of strong bass balanced with clear highs and mids. However the USB soundcard in the wireless transmitter is of poor quality leading to unclear highs and mids that are overpowered by the bass. Once an analog signal is fed to the transmitter, the PLYR2 shines. Unfortunately this means PC gamers are left with needing to purchase a converter to feed an analog signal to the transmitter while Xbox 360 and Playstation 3 gamers can enjoy the full potential of the PLYR2 without any additional costs. If you do not require a wireless headset, I strongly recommend saving some money and purchasing the SLYRs instead as they are $50.00 USD cheaper. I would recommend the PLYR2 to an Xbox 360 or Playstation 3 gamer in a heartbeat, but PC gamers should be aware they will need to spend a few extra dollars to get the best out of their headset.