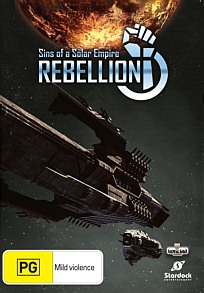 Sins of a Solar Empire: Rebellion is a strategy game for the PC set in space with elements taken from modern strategy games and 4x space strategy games. It is also my most favourite game from the genre and hopefully this review will tell you why that is.

Sins of a Solar Empire: Rebellion is a game that is incredibly light on story. In fact, from what I can tell outside of some references made in game on tooltips and stuff, the main story of the game is told entirely in the opening credits of the game. 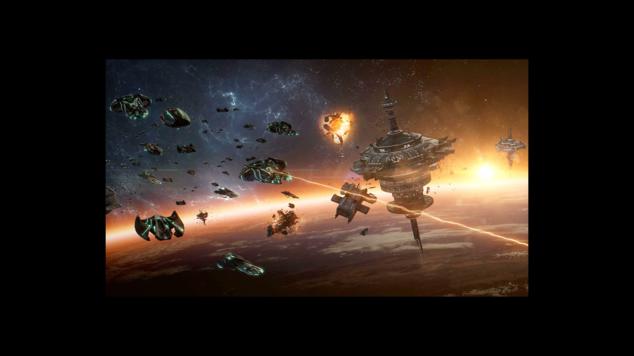 I have to admit though, that for this kind of game, just having the background story works so well. This is simply because the way this game works would not blend well with a traditional narrative. This is something that I feel I need to reference my own playthrough with in order to explain properly.

I feel that the story in this game shapes itself around your own empire, for instance, in my first (non learning) playthrough I ended up in an alliance with the yellow and light blue teams (who’s factions I can’t recall, sorry) and ended up in a universal deadlock with the dark green and light blue teams. The story of how this happened is actually really interesting and I think that it was largely attributable to my inexperience in the game, but man the politics, space combat and constant territorial shifts would have made for an awesome space epic.

I must also point out that this battle is still taking place. We’re pretty much just pumping out machines to replace those that we have lost. And I know that I have one big main fleet that is constantly just patroling my the planets between each territory just to try and take these planets to push the front lines forwards just a little. 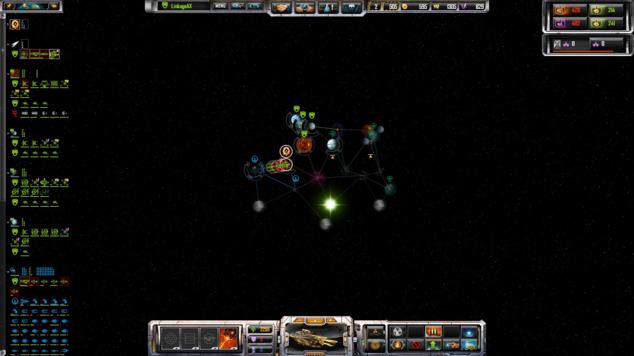 I just have a final thing to say on the story. Even though the game seems to lack a pre-built story for players to go through, it does actually have a story element in that the game itself becomes the story. Your empires history becomes a part of the history of that particular universe and so your story will revolve around the history that you yourself have created.

Take one part Command and Conquer, One part of Starcraft and a final part from classic 4x space strategy games and you will have the nutshell version of Sins of a Solar Empire: Rebellion. This is very much true, but you may also want to add a dash of Civilisation to the mix, just because it is also relevant in that the technology trees and diplomacy is very reminiscent of this game series.

So basically when you start a game, you’re given a planet and a small amount of resources to begin expanding your empire with. Players are able to upgrade their planets infrastructure in whichever ways they see as beneficial to their strategy, as well as place structures around the planets gravity well. These include defensive armaments as well as ways to build your own starfleet. Depending on the games rules, you may already begin with a small fleet or you may have to build your own. 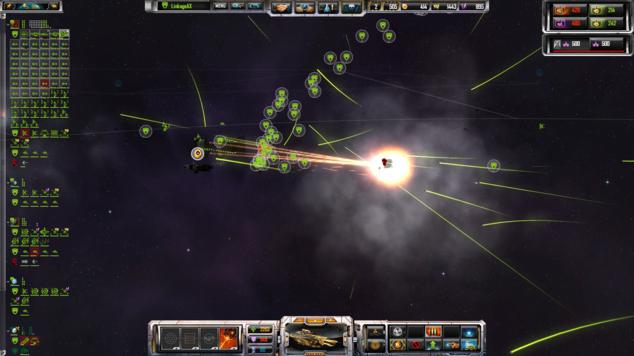 That’s something that I really liked about this game, the amount of customisation that you could do with the games rules. Map sizes, fleet sizes, starting resources and a whole lot more. Having a robust system like this means that players can choose what kind of fun that they’ll be having and with the game having a LAN mode, you can tell that players will be creating a rule-set that works for their particular group.

Anyway, so basically players and their planets/fleets are spawned in different parts of the Galaxy and must capture other planets to increase their territory and resources. However, you usually don’t know where it is that your opponents have spawned, so you have to not only be quick about taking territories, but you must also think tactically about which planets you take and which ones you defend. But, interestingly enough, there is more than one way to capture a planet from opposing players. Usually this can be done by clearing out the planets defences and then bombarding it, but you can also acquire them through influence if you have the required research and buildings. However, influence costs money and it costs it for quite a while. Don’t do this if you’re broke.

This is something that you absolutely have to do when you get this game: get some friends and just build a massive fleet. Just build it, until it’s really big and you’ve maximised your unit count and have the secret research vessels and the like flying around. And then, you all send your units to meet somewhere and battle. I have to say this, in Sins of a Solar Empire: Rebellion, space battles look freaking amazing and give off a massive Battlestar Galactica vibe. MAKE BATTLES AND ENJOY! 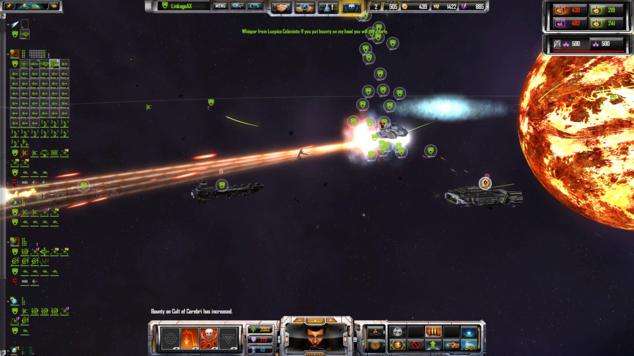 There is so much to this game, gameplay wise, that it’d just be me re-writing the instruction booklet if I went through it all. So just know that it is incredibly fun to play and it can be quite addicting.

Sins of a Solar Empire: Rebellion has some pretty decent visuals. They’re not uber-realistic, must tear my own skin off from suffering with uncanny valley realistic, but they work for this title. I think that a part of the reason for not having ultra-realistic graphics is that at any one time, the game may have to render hundreds of units at once and having a large number of high resolution space craft may not be the most comfortable way to process visual data.

I actually quite like the visuals of the game, not only in it’s graphical prowess, but also in its visual style. I like how each faction in the game has it’s own unique look and feel and how each of their experimental craft look absolutely amazing. I also think that the games interface is one of the best that I have used for this kind of game, ever. 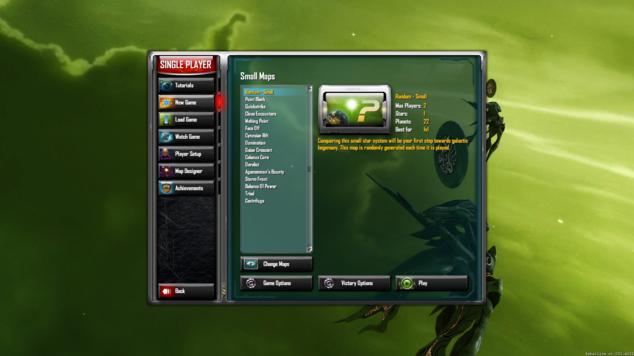 What I really liked about this game is how the game actually looks like it’s set in space. Pretty much all of the games elements are thematically tied to sci-fi and as a result, the game feels so much more authentic. The team behind the game have done an amazing job on the visuals and should be congratulated.

Audibly, the game is fairly good. I quite liked how each unit had it’s own attitude, even if I didn’t agree with some of them. The sound effects used in the game, whilst not realistic (it’d really be an incredibly mute game if it was), they certainly fit the overall genre and theme quite well.

The game has some really good background music, but I found that it is only really good for short matches. For the really long stuff, I found myself switching Windows Media Player back on and listening to my own tunes. There is nothing wrong with the games design in this respect, but I just can’t listen to the same tunes for eight hours at a time. Though, I probably shouldn’t be gaming for that long either.

I’m going to be honest here, I came into this right off the back of a beta for a different 4X space strategy game and was kind of feeling like I’d be in for a similar treatment. Fortunately, I was quite surprised at the reception I received with this game and am actually quite in love with it. If it wasn’t my job to play through many games one after another, I’d definitely revisit this one and run another massive campaign.

LAN gamers will also love this game, especially because of the nature of the game and the politics involved. I can see this being a hit with the right kinds of people.