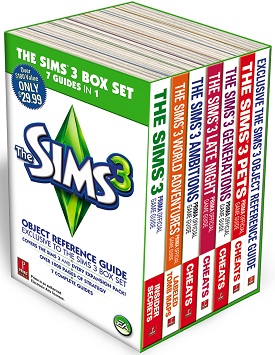 Overview:
The Sims series is one the most popular simulation series in the world, players love the ability to control their character and take them exactly where they want them to go. No annoying plot holes or predictable endings, the entire story is in your hands. Prima Games has released a set of games guides to allow new players to the seasoned veterans to experience the games and its expansion packs in a whole new level of definition.

The set of game guides contains seven guides, covering the original Sims 3 and including its expansion packs World Adventures, Ambitions, Generations, Late Night and Pets. Also include in the set is an encyclopaedia which covers every single item available through them game, as well as the objects that are available exclusively through the Stuff packs. 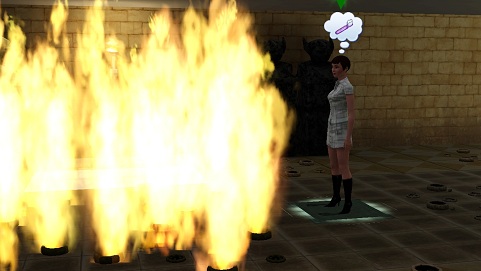 The guides on a whole are filled with lots of information, however much of it is basic facts that is introduced in the games themselves. However the summaries are handy to have around, so you can plan your Sims lives well in advance and there is many helpful hints that can help you succeed. The guides themselves were different than what I expected; you see many that are glossy and the size of a magazine. These guides look like a paperback novel, in fact they blend in quite well on my bookshelf. The text, although full of helpful information is far too small, and it caused a lot of eye straining to read.

Printing the pictures in black and white for the most part doesn’t cause any problems, however the maps of towns and tombs are difficult to read because of their size and the quality of the printing, it probably would have been a better alternative to include high quality pictures for the maps alone. The maps themselves are extremely helpful and my favourite part of the guides, since I would usually lose a building I was searching for, or continually forget which buildings hold what classes.

Here is a breakdown of each guide:

Sims 3:
The original game was so ground breaking, that a guide is indeed a brilliant idea. The guide covers a lot of ground, so this book is better for the beginner players. It introduces a lot of how to information that truth be told is covered in the game itself, such as Building houses, creating Sims and basics like meeting the Sims needs and so on. However the thorough Job guide and tour of the towns that is available gives you the ability to really plan the life of your Sims. Another handy addition is for the people who are looking to play already made Sims, it breaks down the Sims, their stories so far and the difficulty of each. 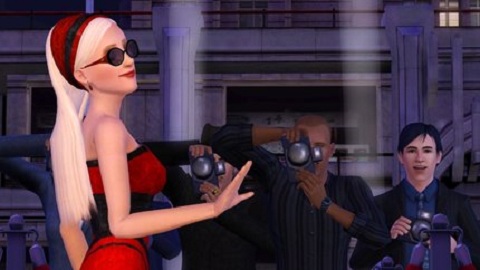 World Adventures:
The first official expansion pack to the Sims 3, it gave your Sims the chance to travel to three exotic locations and go on adventures. This is my favourite guide of the set; my more adventurous Sims gained a lot from the information in this guide. To begin with, there is of course the basics, the new skills that comes with adventuring, such as photography and martial arts as well the how to’s of travelling. Each location you can travel to, Egypt, France and China each have its own chapter, so travelling becomes a breeze. The best thing about this guide is the tomb maps, as it shows you all the details of each tomb you can travel too, take that nasty fire traps!

Ambitions:
This expansion pack allowed for a lot more skills and jobs to be introduced into the world of the Sims. No more are you stuck into the nine to five jobs that have amused us, try some ghost busting, become a stylist or save a kitten by joining the fire fighters.  This guide I found was really full of the basic information; most of the information is introduced in the game itself. However the private detective case summary and other professions I did find useful.

Late Night:
Who doesn’t love the night life? Well now your Sims can! This guide covers (once again) the basics of the new expansion pack, including the new town (or should I call it a city by its mere size). It helps with the new social settings of the bars and clubs and also introduces the celebrity status. It gives a very comprehensive how to guide of how to become popular in that world, which becomes necessary if some of you players are feeling Twilight inspired and become a vampire.

Pets:
This was the more successful expansion pack of previous Sims installments and also my favourite. Including the familiar introductions of the dogs and cats but also includes birds, snakes and horses. This guide contains more basic information rather than hints and summaries. It covers the basics, how to create your pets, as well as the differences in how pets react and can be trained. However other than those tips, there isn’t anything new to be learnt that can’t also be learnt from the in game lessons. 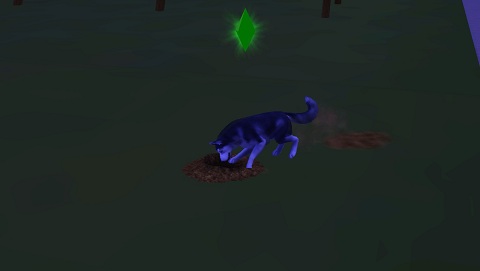 Sims 3 Encyclopaedia:
This is the guide that should be in easy reach when playing the Sims 3, because it covers everything. Every item that you can buy, it lists each items, separating into easy to identify headings (such as sofas, beds and the like), it also compares them according to price and what it helps improve such as comfort or hunger.  Another thing that is mentioned in all the other guides, but is generally mentioned in this guide is the neighbourhoods your sim can live in, however rather than a detailed description of each town as in the previous guides it lists general locations and items available in each (such as good fishing, gems available, and insects collectibles). Another great addition (although a little naughty) is a chapter of the cheats you can use in the Sims 3. Who wanted to get money the old fashion method anyway?

Overall:
The guides show a very comprehensive knowledge base of the Sims 3 universe, including everything you will need to know about the game and how to make the most out of your Sims lives. The printing of the guides could have been improved, allowing for an easier to read experience, and the maps could have used higher quality printing and colour so they could be a clearer reference. However the quality of the guides themselves, allows for an in depth Sims 3 experience, despite the printing flaws and the need to sift through basic tutorial information.