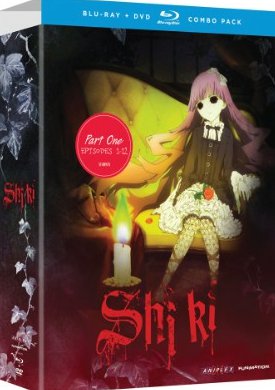 Overview:
In Pop Culture, there are two current major trends in terms of monsters, zombies and vampires.  Where zombies are more over done but are generally better respected, while vampires are fewer in terms of products but some of those few have made them lose the street credibility.  Shiki is an anime that focuses on the later; however, it takes the vampire lore back to before it was the butt of numerous jokes. 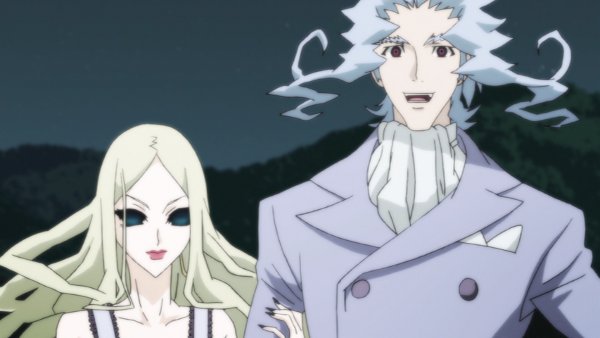 Is that enough though to warrant a viewing?  Not really, just because its vampires don’t sparkle doesn’t mean that it makes a worthwhile watch.  So, that brings it down to the almighty story and characters.  How are those?  Well, keep reading to find out.

Story:
Shiki begins by establishing the key set piece, the “decent”-sized small town of Sotoba.  Sotoba is a very isolated town, described by one of the characters as being surrounded by death, in reference to the momi fir tree forest that surrounds it whose wood is used to make coffins and grave markers.  The town has a sizable population and the unique thing about the show is that, it makes a point to try and show a pretty good number of these residents.  Now, that can become pretty confusing, so it’s a good thing that regularly characters will be accompanied by their name and relationship to others.  This is a pretty awesome concept and really establishes the small-town vibe of the show and makes the story more personal. 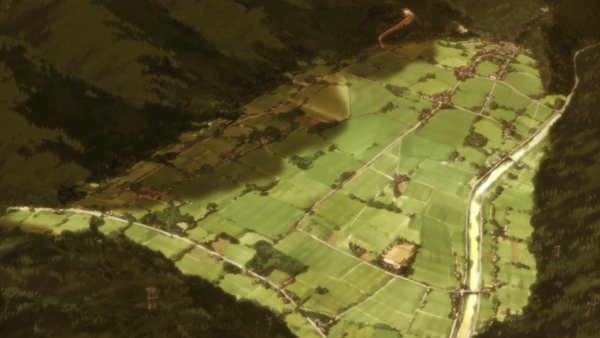 But, with any small town the series of events is ultimately kicked off by a new family moving into the town.  This time the family is actually moving into a big house on the hill, which they had especially built for them, so obviously the best choice is a European Style half-manor/half-castle overlooking a rural Japanese community.  After they move in though, people start dying in ways the local doctor can’t fully understand, so that he begins to worry it may be an epidemic.  While this may seem a little cliche, what’s great what direction the show takes once a solid number of residents have turned.

The direction?  The show becomes less about the humans simply trying to survive and more about both sides dealing with each other.  As such, there is several different storylines working at once, so the date is often being shown at the top, so that viewers can keep track of when everything is actually happening.  Both sides have those that simply care about the survival of their own, and both have those that question having to kill the other.  This is a complex look at the morality of different people and a good look into what people are willing to do to survive.  Leading up to the end of Part 1, where the main character is struggling with allowing his best friend to drain him or to stopping his fallen best friend once and for all.

Visuals:
The art work is the show is incredibly top notch.  The backgrounds of the series all feature amazing detail to the point where the characters on top of in these places don’t really seem to match, much like the overarching theme in the show of characters not fitting into the small-town setting.  The characters themselves are also very well designed, even having some pretty unique looking hair amongst the cast, from Kaori’s star-tipped  pigtails to Papa Kirishiki’s mustache like hair.  Almost every character has hair unique enough to tell them apart from that alone. 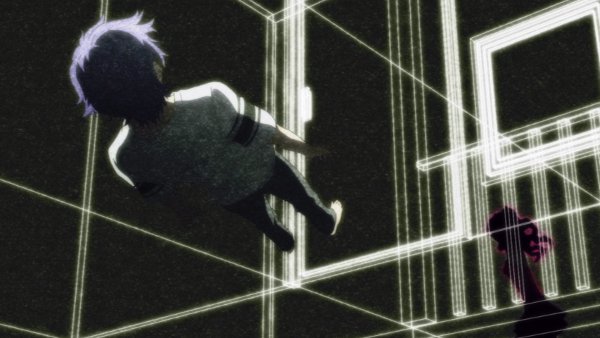 One awesome feature of the visuals is when characters are listening or imagining to what is going on on the other side of a wall or door.  Instead of simply cutting to show what the character thinks is there or what is actually there, the show has great x-ray style effects that add to the suspense of seeing exactly what the character is picturing.

Audio:
The music for Shiki is an interesting range that fits the suspense of every situation.  Early on there is a scene where the main character Natsuno is feeling watched, which is accompanied by a unique vocal chorus, which is almost entirely grunts that make the scene even more unsettling.  The opening theme, “Kuchizuke” by Buck-Tick, starts out as appropriate to the subject matter of vampires and pulling their victims to be with them to steal their life away, but as the show changes direction it also works as the new turned vampires wanting to reconnect with their family by changing them too.  The ending theme, “Walk no Yakusoku” by Nangi, is more of a reflection of how paths can lead away from loved ones on the road of life, which also echoes the vampires that try to change their families too. 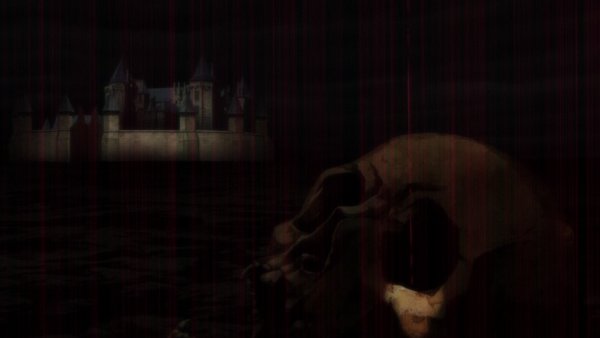 The voice acting on both tracks actually works very well, the English voice acting on Natsuno seemed sketchy at first because it was a little dry, but as the show goes on becomes apparent that’s just his character and he gets better throughout.  So, viewers can really watch either one without worry, making it a good title to share with friends who abhor having to read a show.  Besides the initial Natsuno voice-acting, the only thing viewers might have a problem with is the super whiny Masao, but at least it is refreshing that the whiniest character in the show is a guy that’s predisposed to thinking people don’t like him.

Extras:
The extras on this set are somewhat limited, but that is somewhat expected with Part 2 releasing at the same time.  There are only 2 commentaries, for the first and last episodes of the set, but they are the standard actors talking about the different aspects of the show.  Also included, are the 4 Preview Featurettes that preceded the actual release, as well as trailers for other of FUNimation’s recent releases.  Lastly, there are the credit-free openings and closings, so that viewers can see detail put into the art of them. 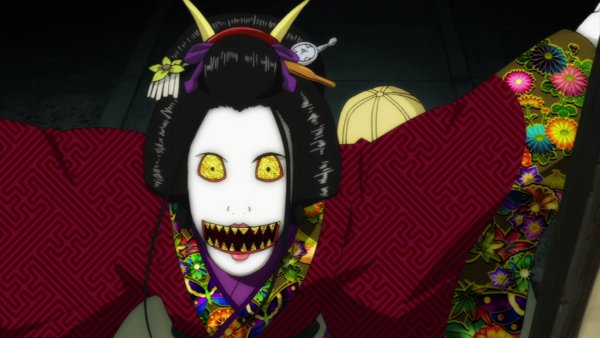 Overall:
This is a fantastic start to a series that some might discount for being about vampires or horror in general, but they would be drastically mistaken as the series has some pretty thought provoking depth.  The character designs are some of the most unique I’ve seen in a while and the voice work does a great job with matching quality.  This is a series that I can’t wait to see the rest of because I give it