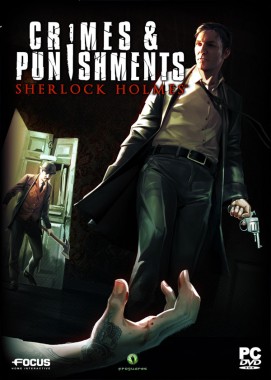 Forensic science holds Sherlock Holmes in a special place in its heart, as he is considered one of the earliest forensic scientists in fiction. Sir Arthur Conan Doyle was writing about Sherlock using his microscope to nail the guilty party decades before CSI: Crime Scene Investigation burst onto the scene on CBS. With a modern Sherlock Holmes starring in Elementary in the US and Sherlock in the UK, the time is ripe for a period-correct Sherlock game. Sherlock Holmes: Crimes & Punishment is Frogware’s tenth game featuring the legendary detective. The game is powered by the Unreal Engine 3 and features six vexing cases to test player’s deduction skills. 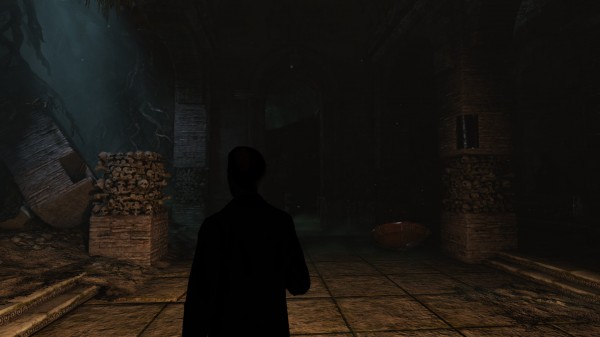 Sherlock Holmes: Crimes & Punishments is comprised of six cases. Though several characters will make their appearance during multiple cases, each of the six are completely self-contained stories. There is an over-arching plot surrounding a terrorist group known as the Merry Men introduced part way through the game, but the plotline plays a surprisingly insignificant role in the game.

Without spoiling too much of the cases, Sherlock Holmes: Crimes & Punishments’ cases are well written and would feel right at home on most procedural TV shows. Cases have twists, turns, and plenty of possible suspects. Almost all of the suspects have many reasons to commit the heinous murder and many of the criminals are easy to empathise with, which will force Sherlock Holmes to make a moral decision. At the end of each case, Sherlock has the choice to either let the guilty party free with a stern tongue lashing or send them to prison and possibly to the gallows. For the most part, the actual story impact of these choices are next to nil, which make the process feel a little meaningless. 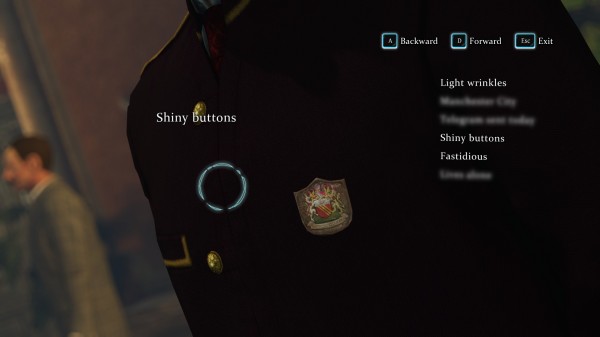 As a mystery game, Sherlock Holmes’ notebook holds all of the conversations, clues, and research picked up through the course of an investigation. There is plenty to read and all of it is well written. I am quite impressed with some of the topics the game manages to cover, from the Roman mystery religion of Mithras to deadly plants.

Sherlock Holmes: Crimes & Punishments is a third person adventure game. Players will control Sherlock Holmes for the most part, as he wanders around crime scenes looking for clues. Objects in the environment that can be interacted with will pop up a nice easy to read graphic. The controls can be a little finicky in close quarters, with Holmes doing pirouettes in doorways or struggling to target specific hotspots are stacked in tight. 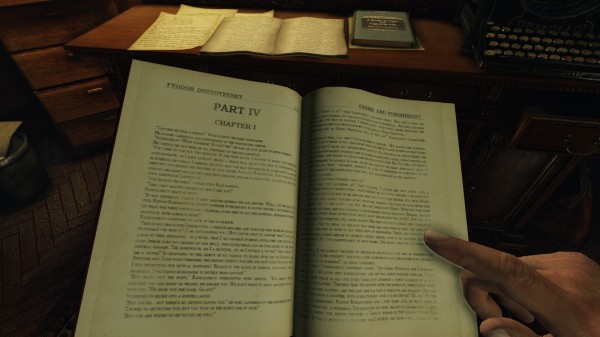 What strikes me about the game is how hard Frogwares pushes the whole experience of being Sherlock Holmes. The detective is legendary for his deductive reasoning and his observation skills. Players can occasionally trigger Holmes’ focus to seek out evidence that would be normally passed over or analyze his conversation partner’s physical appearances for leverage. A deduction menu will have players linking two clues deduce the next step in solving a crime or deciding who is the guilty party. When Holmes is hitting a dead end, players trigger his imagination to help organize events and figure out a solution to the mystery. Little things like these distinguish the game from any generic mystery title. 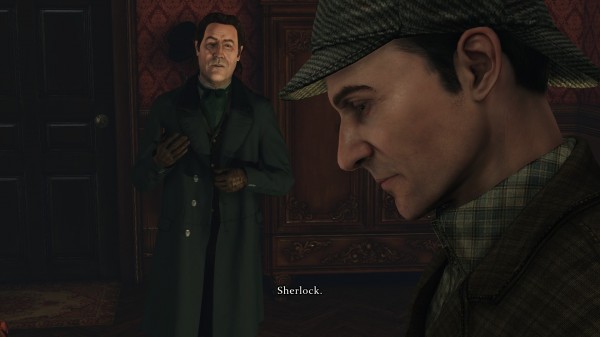 Like any good adventure game, there are a variety of mini-games to augment the mystery solving. The more mundane mini-games are ones associated with the forensic experiments. Those tend to be more concerned with mimicking the motions of the actual act than providing any sort of challenge. The rest are more traditional adventure game affair. The difficulty of these puzzles are extremely easy in the beginning, but do pick up to become more challenging by the end of the game. For those more interested in solving mysteries than solving puzzles, these can be skipped after a short period of time. 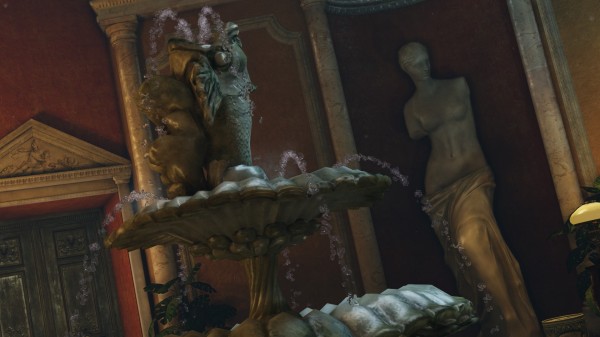 The overall difficulty in Sherlock Holmes: Crimes & Punishments is pretty low. The game will make for a great casual title as it is extremely forgiving. After choosing the criminal, players can discover if their accusations are correct and are given a choice to try making their accusation again. Additionally, there is no punishment for failing to present the correct evidence when interrupting a suspect.

The game does lack replayability, as there is little to do once the six cases are solved. It should take players about 8-15 hours to complete all six cases once. Completionists will have to double that number to get all possible achievements. Unfortunately, I feel almost a half hour could have probably shaved off with some of the design choices. Moving between areas will trigger a loading time, and players will have to revisit areas several times over a case. Although Holmes is able to make deductions and review his case notes during these load times, it does drag the game out a bit considering how small the maps are. 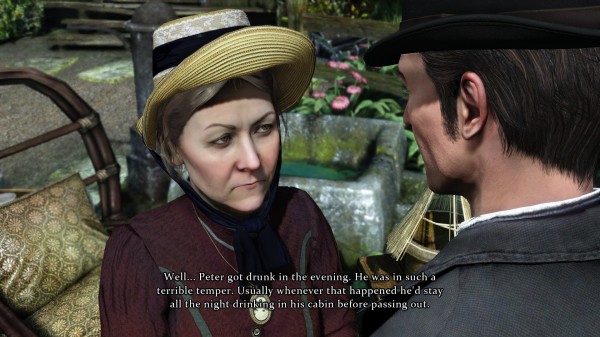 Sherlock Holmes: Crimes & Punishments is a great looking game for an adventure title, though it does not hold up nearly as well compared to the latest AAA blockbuster. Most of the animations and textures are well done, though there are a few animations that feel a little awkward.

Under the hood, the game is powered by the Unreal Engine 3. Unfortunately, it means texture popping is a bit of a problem with the game. For the most part, it has been minimized as much as possible with the smaller maps, but there will be times where a low resolution texture is initially displayed and suddenly a high resolution texture pops up in its place. However, the game ran smoothly, without any noticeable frame rate drops. 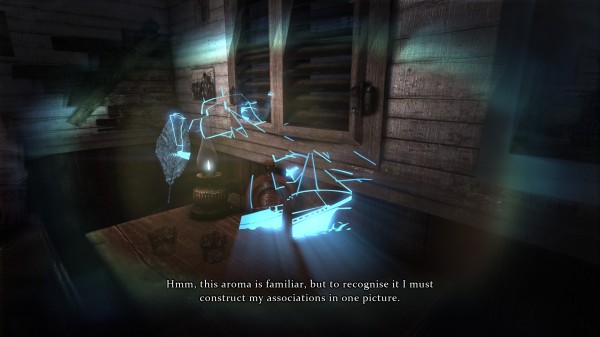 The sound effects and music in Sherlock Holmes: Crimes & Punishment is solid. The entire game is voice acted, which puts a lot of pressure on the voice actor’s abilities. For the most part, the actors have provided an excellent performance, though there are a few misses. I find Inspector Lestrade is actually the weakest of the bunch.

Sherlock Holmes: Crimes & Punishments is a solid adventure game for mystery nerds. Unfortunately, it is an extremely short title with absolutely no replayability, which may be a sore spot for next-gen console owners who have to fork out an extra ten dollars for their copy. However, the game’s writing is solid, the cases are interesting, and there is a great emphasis for making players feel like the great Sherlock Holmes which makes Sherlock Holmes: Crimes & Punishments worth a try for adventure lovers.