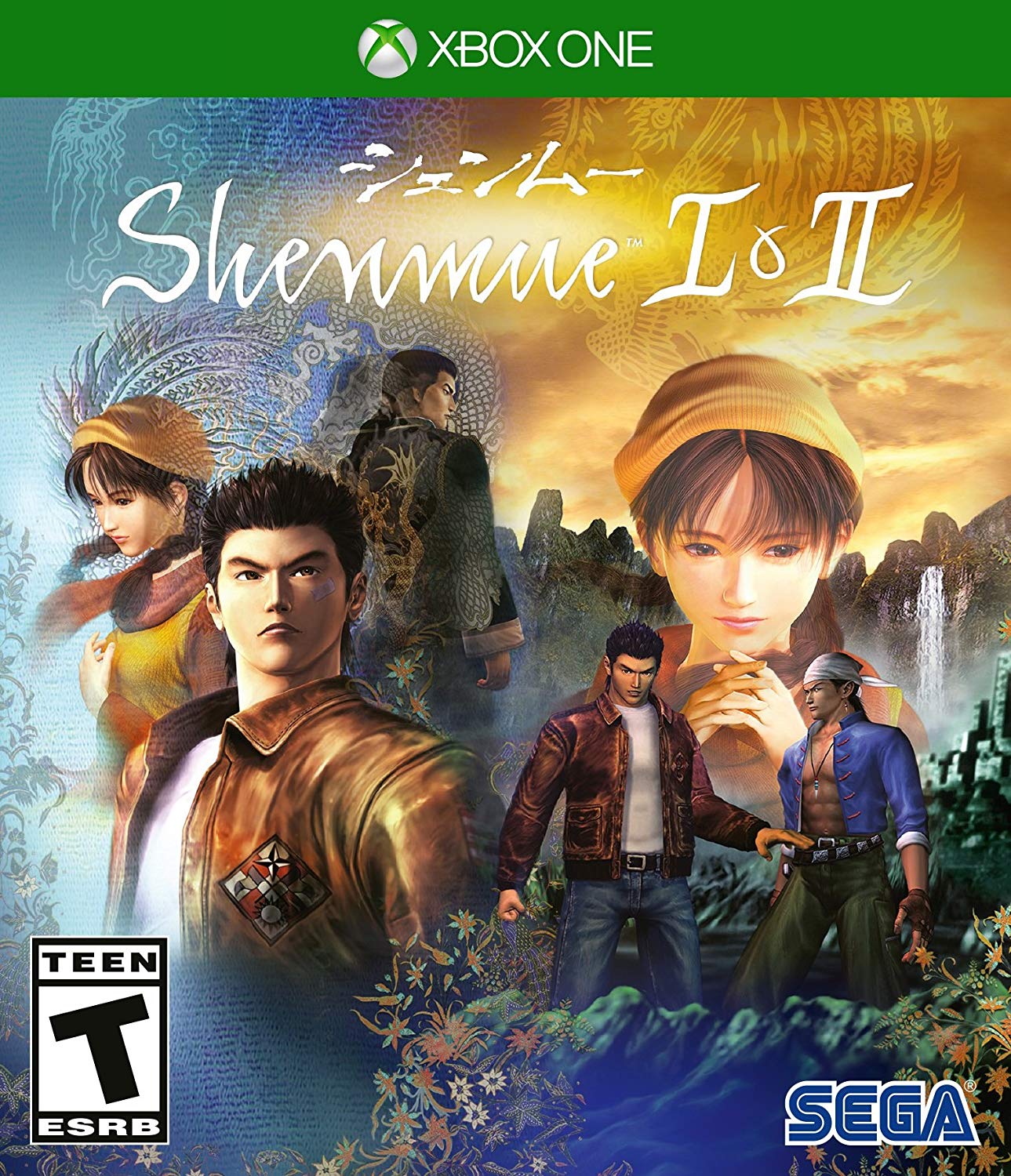 There are a number of products that come out ahead of their time. Either they were simply too advanced to be properly enjoyed by players or were incredibly expensive and the Shenmue series happened to fall into both of those categories. Arriving in the West in 2000 and the sequel eventually arriving in 2002 in limited quantities Shenmue I & II brought with it a number of gameplay features that were rarely, if ever, found in video games before. With a potential conclusion to the series on the way, Sega has brought Shenmue I & II back to current consoles so fans can either relive their time with the game without digging out their Dreamcast or hoping they had an original Xbox version as well as try to introduce the series to those who have only ever heard about it until now.

The teenager Ryo Hazuki returns to the family dojo to see that his home has been invaded by a group of strange men. With his housekeeper Ine and other trainee Fuku already at their mercy, his father and master Iwao is being threatened to reveal the location of a mysterious mirror. Despite resisting at first Iwao succumbs to this man’s will when he easily incapacitates Ryo and prepares to kill him. With the mirror’s location revealed, the man reveals himself to be Lan Di and slays his father before leaving the rest of the group alive with almost no knowledge of how to track him down. Despite this setback, Ryo is determined to locate Lan Di and get revenge, even if it means traveling to another country, taking on numerous odd jobs, and helping a wide array of other people that range from normal to absurd to do so. 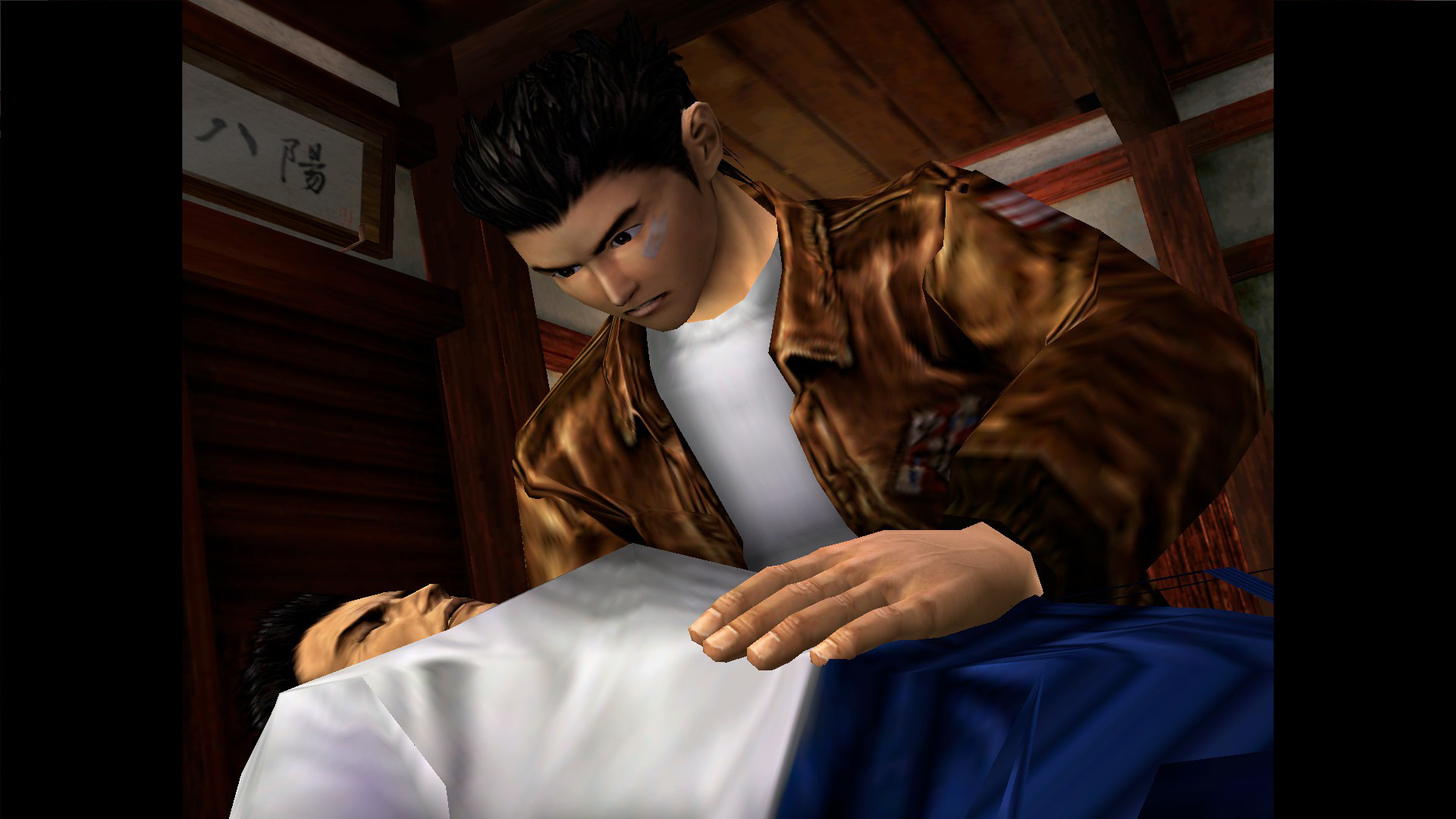 Shenmue I is a bit of an odd game thanks to the way that its storyline is handled. Thanks to the fact that the game’s world is designed to feel as much like real life as possible players will need to track down NPCs as they all follow their own unique schedules, try and find various clues that will lead to dead ends, and much more. This means that the story, set in 80s Yokosuka, Japan, can progress at an incredibly slow and deliberate pace thanks to there being times players will need to wait almost an entire day to speak to a single character.

This does create a more personal feeling journey however as players will come to familiarize themselves with the NPCs and their schedules as well as take part in numerous little side activities to kill time like tracking down little games to play at home, feeding an abandoned kitten, and collecting little capsule toys from gachapon machines. 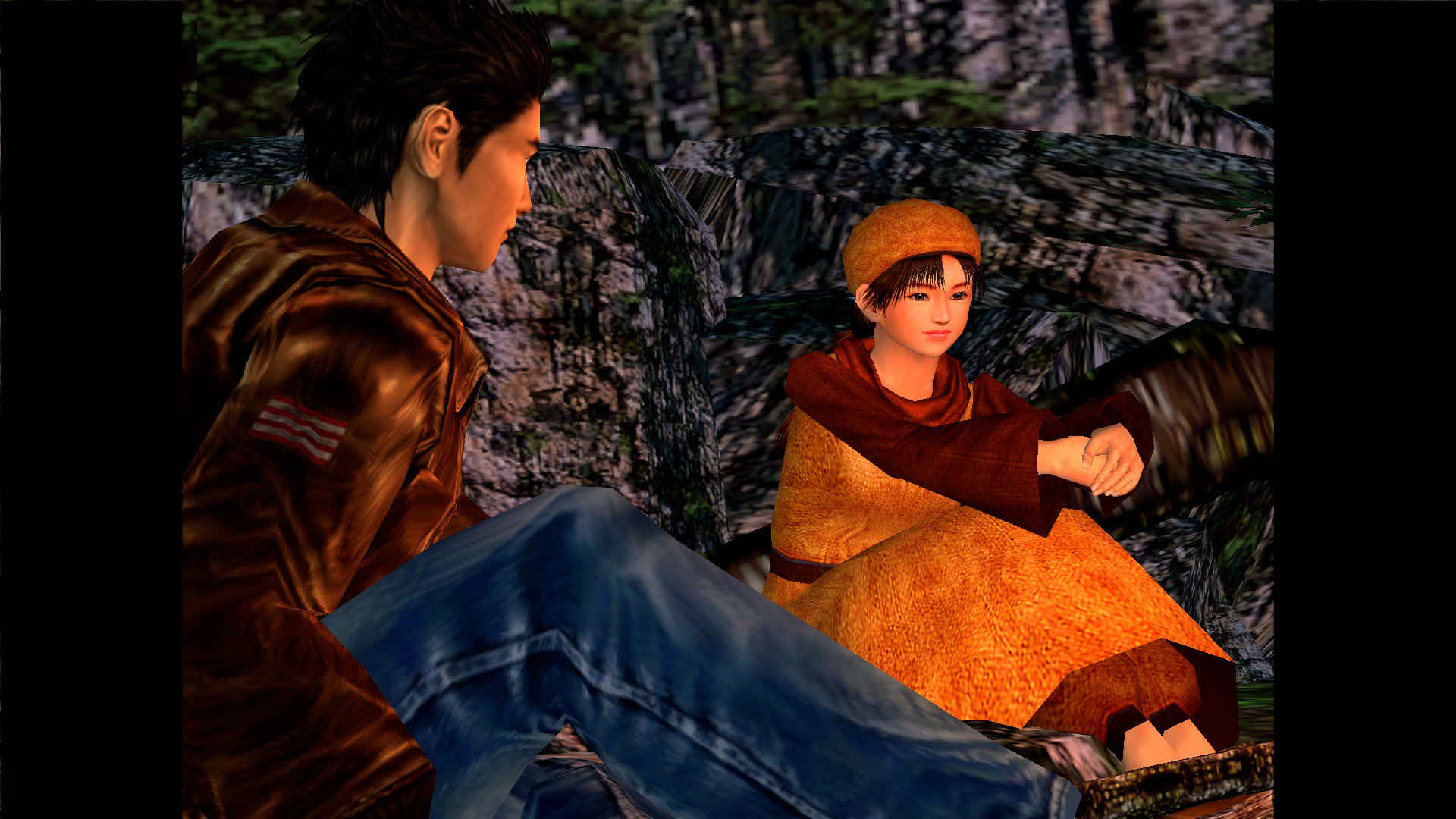 Once players progress to Shenmue II this personal touch is lost a bit as players leave the mainland and travel to Wan Chai, Hong Kong in search for Lan Di where the story moves at a brisker pace and the free exploration element dies down a bit. This is mostly due to the fact that, since Ryo isn’t familiar with his environment, players are helped out by a wide range of NPCs that are willing to assist and thanks to an expanded dialogue system not found in the first game players can easily access story points far easier than in the original game.

As a result players will find themselves with an intriguing game that offers a mystery that stretches across numerous games as they live out the life of a Japanese boy seeking revenge in the late 80s. The concept of having to have a relatively normal life, like taking a job to earn money for your revenge trip and then going through numerous other people to try and even get a hint of where to go next can make for a rather tedious experience nowadays but was unheard of when these games were released and still makes for an interesting experience.

In many ways Shenmue I & II helped establish a number of gaming mechanics that have since flourished since the game’s original release. At the time players never had to really worry about in game time passing and having to keep track of various characters’ schedules, especially in adventure games such as these, but that is exactly the type of games Shenmue I & II are. Each area you play through features a wide array of NPCs that all have unique aspects to them and interactions with Ryo as you choose whether or not to help them out with whatever little issues they might have. 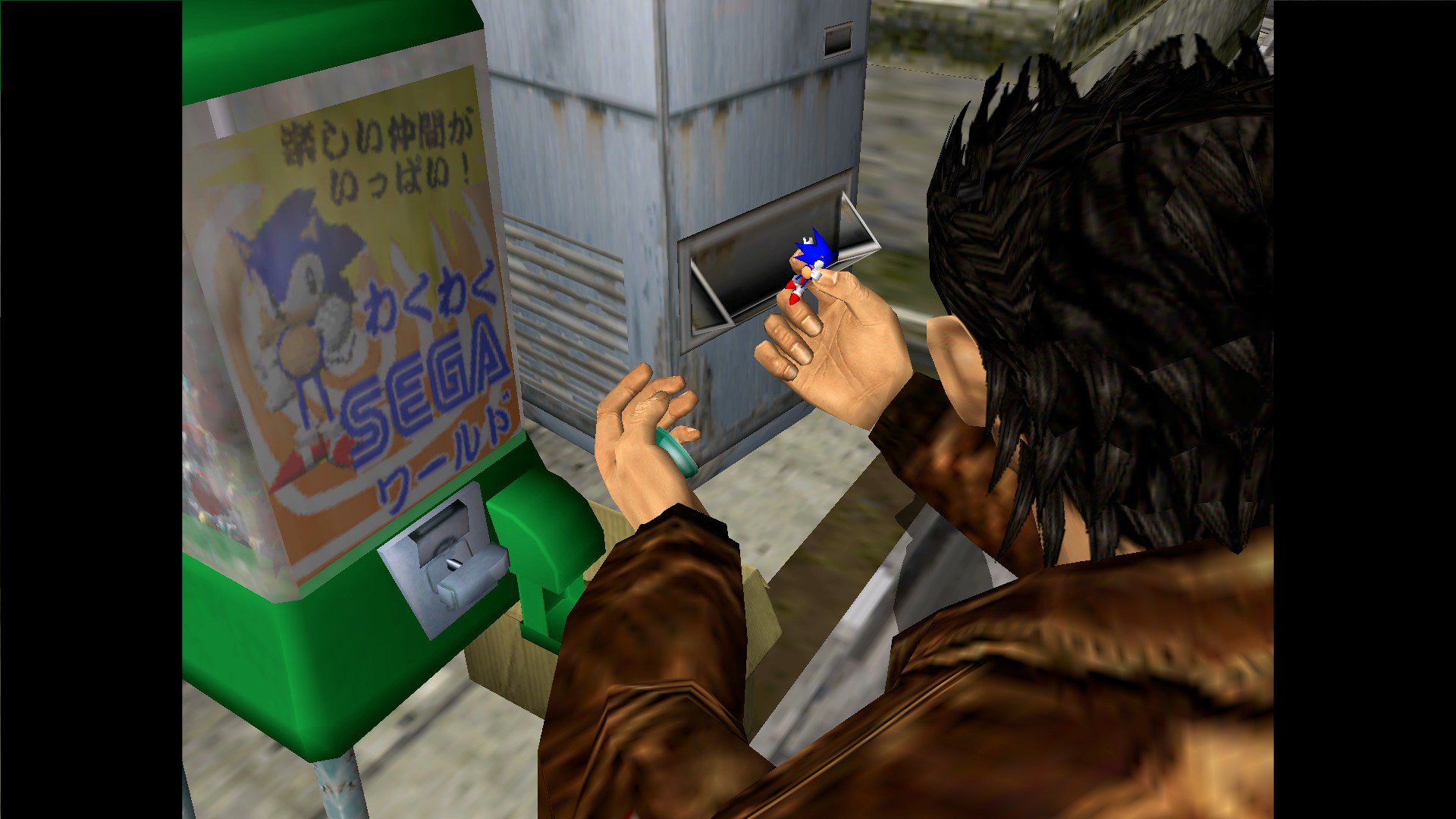 Even basic exploration is handled incredibly well as there are way more interactable objects than you ever need to actually bother examining in this game. This helps breathe life into the world and give it a more lived in feeling than what one would expect even today, let alone back when these were originally released. That being said, the movement mechanics do still rather rough even with some slight modifications made to them for release on these current consoles making them a bit more refined than they originally were, though the option to swap back to the original control scheme is available for purists..

Combat is featured relatively sparingly through the first game and a bit more during the sequel but one thing that is featured prominently, which was once again fairly new at the time, are quick time events. These events can spring up rather quickly during cutscenes and generally don’t have disastrous results if you fail them, in fact a few failures here and there can be a bit funny depending on the outcome. 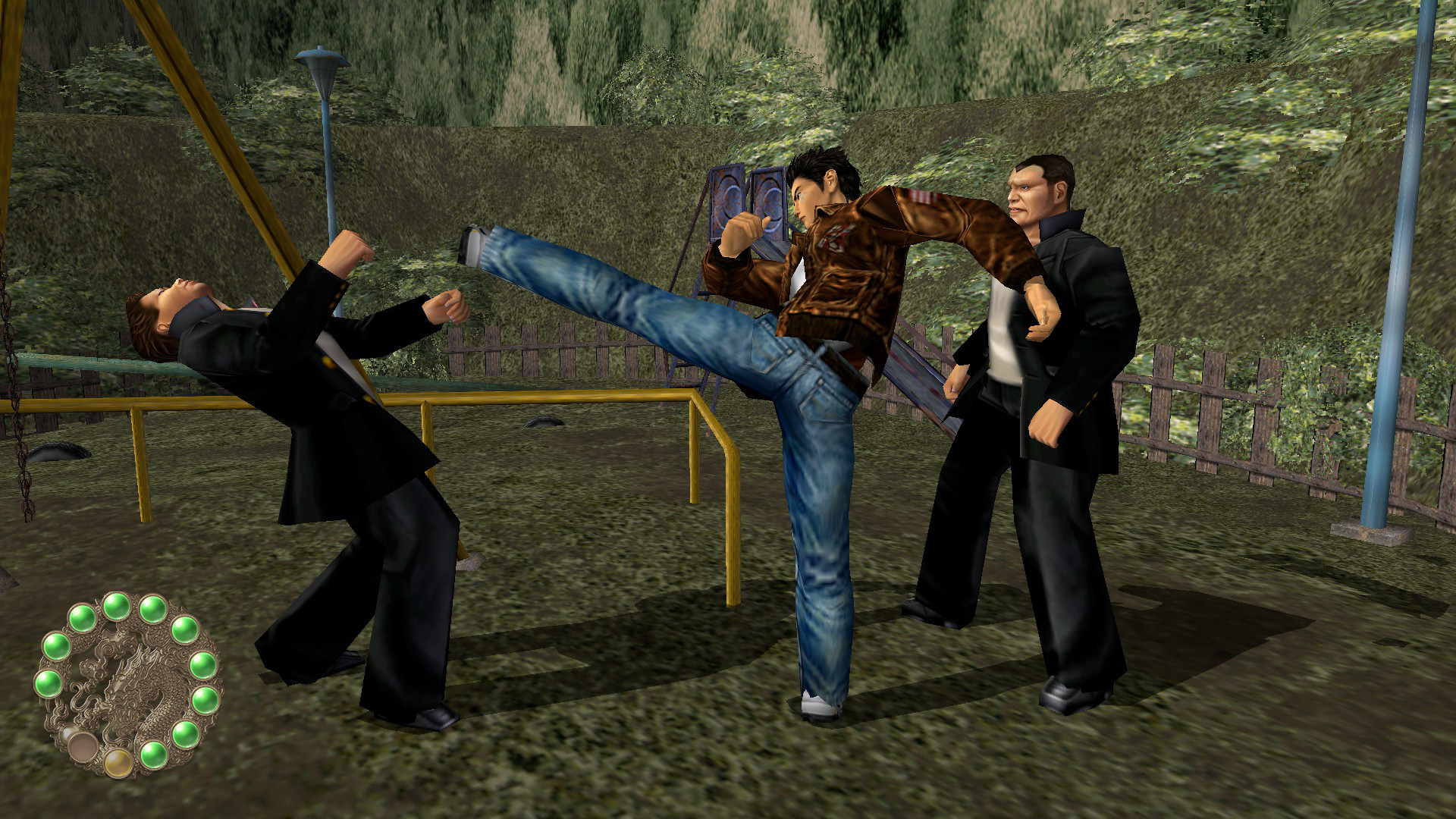 Speaking of other modifications made to the title, players will now have the ability to save at any time they wish, making time management far more accessible in a game that can often make you wait for over an hour doing side activities to trigger the next plot point. There is also the, relatively new for most, ability to transfer your save from Shenmue I to Shenmue II and bring various bonuses along with you, such as items and new martial arts techniques that Ryo has learned, into the sequel to help make things a bit easier.

It is worth noting that there have been a handful of times that both Shenmue I as well as Shenmue II did end up crashing and once I needed to reload a save from the first game in order to properly trigger a quest that was glitched at the time. These issues along with a few visual errors that popped up from time to time in both games tend to be fairly rare but do end up being noticeable when they occur.

It is worth noting that while Shenmue I & II have been released on modern consoles don’t expect either of these two games to look that impressive outside of how capable the designers were back when these games were released. Outside of some light touches here and there to modify the UI and some other HD modifications such as 16:9 visuals while playing normally and 4:3 during cutscenes, don’t expect huge changes to the look of these games other than them being cleaned up for this HD release. 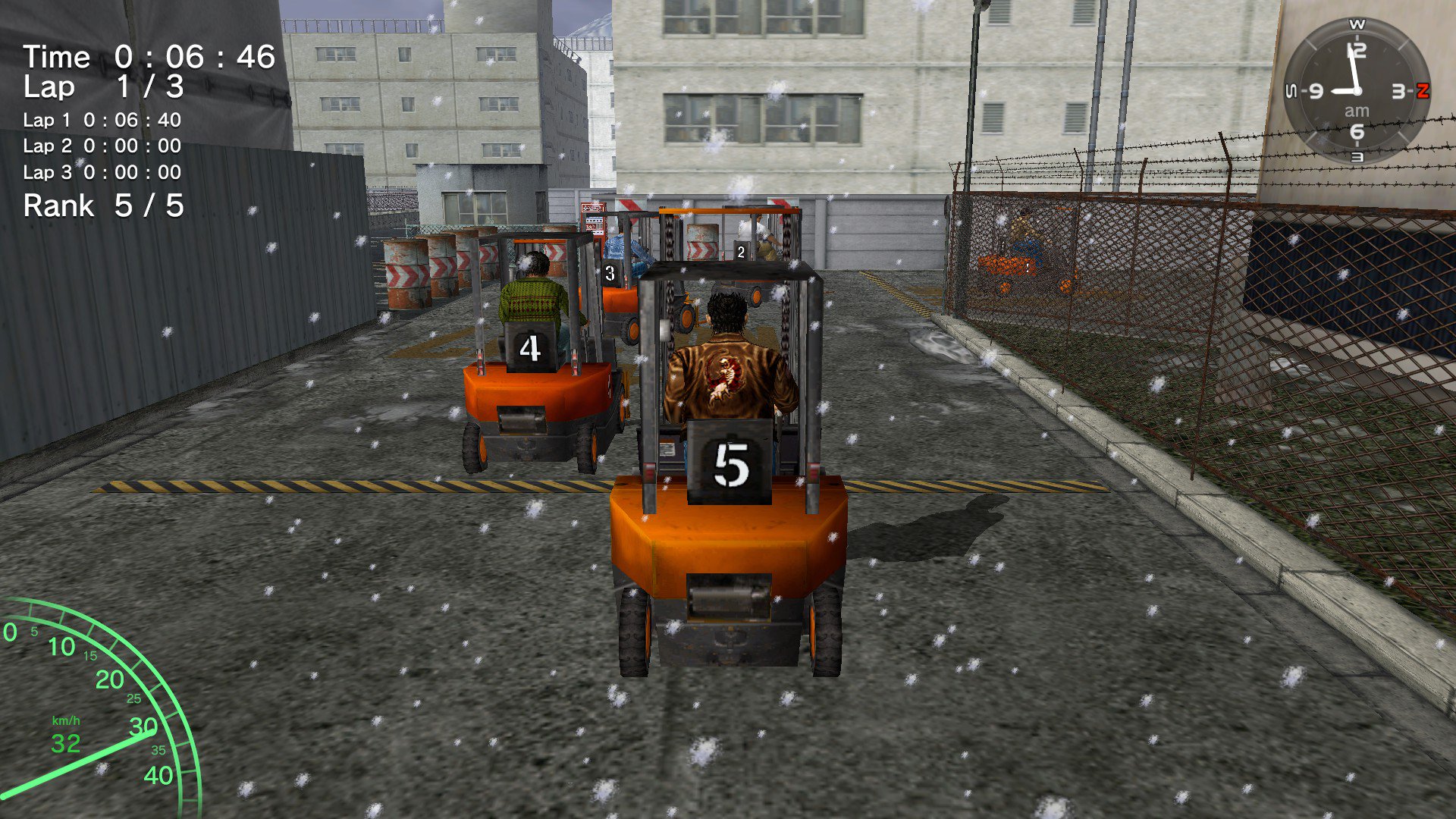 One thing that is quite unfortunate however is the fact that the audio tracks are incredibly poorly handled. While both the English and Japanese voice tracks are available for those who want to swap between them, either in an attempt to relive their memories or see how the other option sounds now that it is available, both of these tracks sound incredibly muffled in nature like they were recorded in very poor conditions. While it is understandable that redubbing the game would have been quite an undertaking, it is disappointing that the voice work is so poorly handled. As far as the soundtrack is concerned, players will be pleased to find that the music remains untouched and fitting for the theme of the game.

Shenmue I & II may not have aged the greatest since they were originally released on the Dreamcast but with Sega bringing these titles to current consoles there is no better way to relive these games than this. The voice work may be terrible sounding even for a pair of old games and there are a number of mechanics that were new at the time and are rough around the edges due to their experimental nature, but this pair of games make for an intriguing set of games that follow Ryo’s journey in a unique fashion that just isn’t found in most of today’s games.

Although this pair of games may seem rather rough as they’ve been brought to current consoles, Shenmue I & II hold up in satisfying fashion for longtime fans though newcomers may be in for a rough start.
7.5