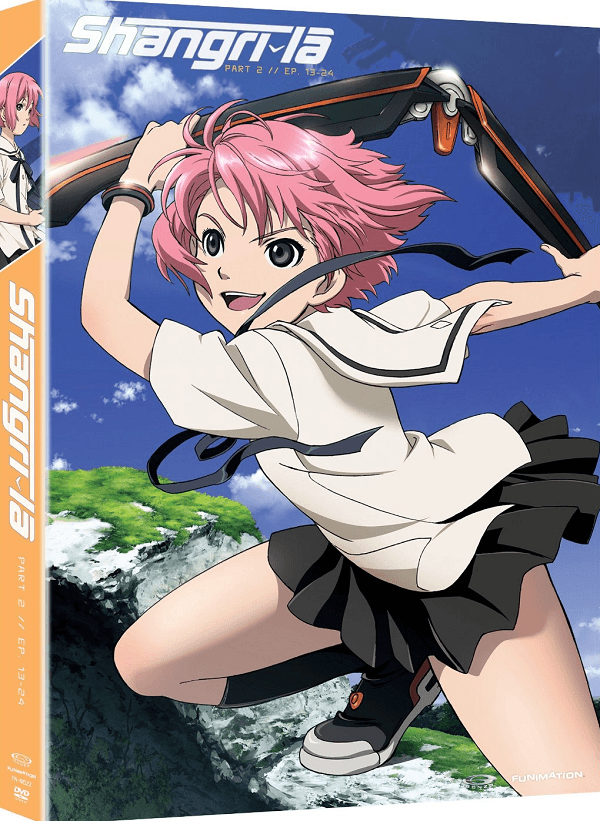 Overview:
Only a few forms of media deal with real world issues and among these forms anime are probably the least recognized for their contributions. However with the release of Shangri-La by FUNimation at this point in time, not only does the publisher capitalize on a number of events that occurred since the series was first created back in 2009 but has so far seen interesting characters, with a so-far, muddled storyline. With Part 1 of Shangri-La already behind us, the review of which can be seen here, does Shangri-La Part 2 bring a satisfying end to this series?

Story:
In the future, humanity has succeeded in bringing the world to the edge of destruction through heightened levels of global warming thanks to unrepentant business practices and humanity as a whole living carelessly. In an effort to try and put a cap on the deadly growth rate of global warming, the major countries in the world have established a CO2 emission economy. This means that every country has a certain carbon tax levied upon them, forcing them to restrict their growth in an effort to obey these taxes. 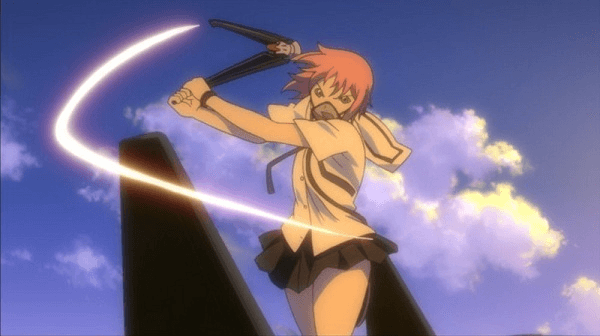 Shortly after the carbon tax is created, Japan is struck by a devastating earthquake which destroys most of the country and practically levels Tokyo. Due to the carbon tax however, the country is unable to recover and most of Tokyo is left to grow into a jungle wilderness. Only one organization has attempted to create a refuge for the people of Tokyo with their plan to create a new city for the public. This plan however, titled Project Atlas, only allows so many people within its walls while the rest of the people on the outside have been left to perish.

Immediately outside of the city of Atlas, a small community called Duomo has been established and in Duomo a group called the Metal Age has been trying to fight against Atlas and enter into the city which has been treating them like dirt and if they were non-existed. One young girl by the name of Kuniko stands amongst them, and when she is forced to take charge of the group she begins to discover secrets not only about herself but about the fortress city of Atlas as well. Will Kuniko be able to successfully create a place where everyone can live equally? 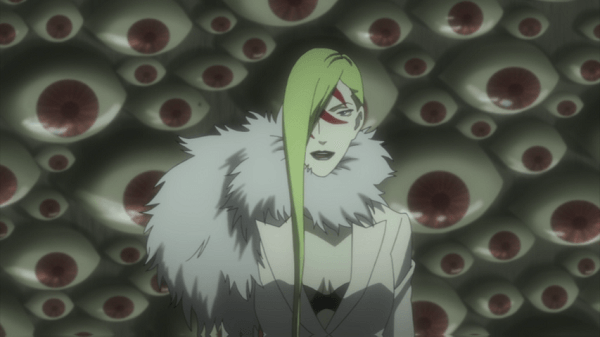 Thankfully, while the focus with Part 1 was a large amount of exposition and character development, Part 2 helps bring most of the story to a close by filling in almost every plot hole and even providing an interesting twist near the end. It is also worth noting that despite most of the story being resolved, it is also extremely complex and convoluted.

An easy comparison to a video game title would be something out of Metal Gear Solid’s entire series as a whole. As such, even with twenty four episodes to work with, there still isn’t enough time for most elements of the story to be absorbed the first time around, almost requiring at least one more viewing to be understood. This re-watching is helped slightly thanks to the colorful cast of characters that all seem to get their own share of the screen time, but not by much.

Visuals:
While the animation quality for the first half of the series may have been a little hit and miss at times, Part 2 features some quality action-scenes and top notch animation as a whole. This is also quite obvious when the viewer pays attention to the characters themselves (especially when it comes to Momoko) as they are not only well detailed but their facial animations are absolutely wonderful to witness… especially Momoko. 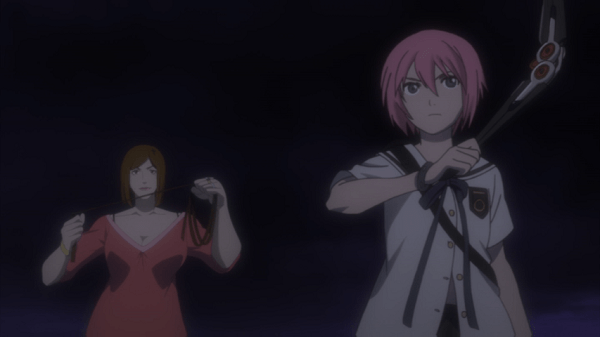 One thing that has remained consistent throughout the series is the level of quality exuded from the series’ background segments. These environments are beautifully done and when combined with the title’s impressive character animation there are some very eye pleasing combinations.

Audio:
Considering the title has been released by FUNimation, and obviously Part 1 was given both an English and Japanese dub, it is almost needless to repeat this information yet again, however Part 2 of Shangri-La has been given the full treatment with both tracks available for the viewer’s listening pleasure. As it stands the English voice work for the cast has been handled quite well throughout the series so far and Part 2 is no different. 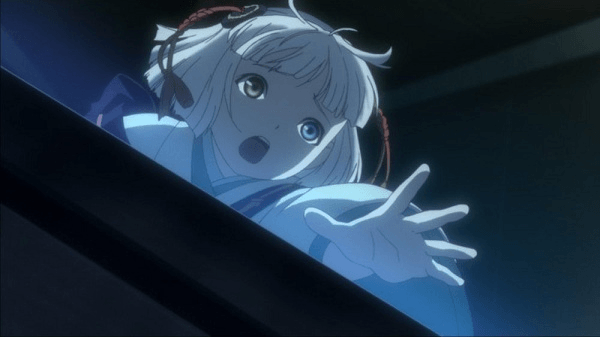 As for the title’s soundtrack, the background music has seemingly improved from the first half of the series as it helps accentuate the scenes they are accompanying better. As for the second half’s opening and ending theme, they are still the same as they feature simply “Kimi Shinitamou Koto NaKare” by May’n as the opening and the two ending songs “Hajimari no Asa ni Hikari Are” and “Tsuki ni Kakuseshi Chou no Yume.” Both of these are performed by Midori, though now feature alternate visuals, and feature a slow pace and dramatic tone which works well as the series’ ending themes.

Extras:
With the release of Shangri-La Part 2 we see some of your standard bonus features, which happen to be trailers for past and upcoming FUNimation releases, a clean version of the opening song and both clean ending songs, with their updated visuals. Along with these inclusions are two commentaries for episodes 15 and 23. 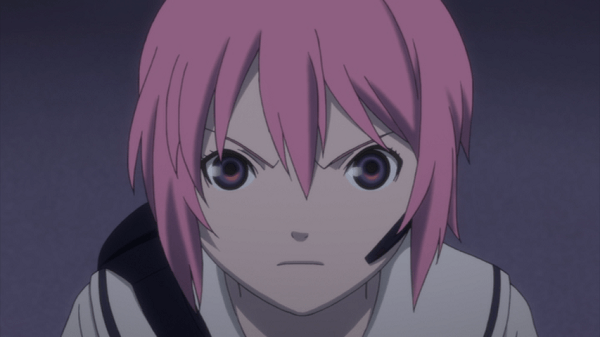 Both commentaries are hosted by Tyler Walker the ADR director of the show, while episode 15 features Patrick Sights, a lesser episode writer and Jay Michael Tatum who is a lead writer on the series. These three spend most of the time talking about their past experiences and how they enjoyed working on the series, with mildly comedic results. As for episode 23 listeners are treated to Jad Saxton the voice of Karin and Jennifer Semen who happens to voice Ryouko. This one is a bit funnier than the first and also more entertaining overall, especially for those who happen to enjoy Jennifer’s work.

Overall:
Shangri-La Part 2 was left with quite a daunting task, to try and close up all of the plot holes left by the first half of the series and bring the story around to a satisfying conclusion. Thankfully the series has done a relatively good job with its overly complicated plot, though it still suffers from being unnecessarily obtuse. As it stands though, the series is enjoyable to watch, with the second half improving greatly over the first half of the series, not only with story progression but visually as well.

It is also worth noting that those who have been paying attention to recent events in the world such as the Tōhoku earthquake and tsunami and the “Occupy Movement” which occurred around the world in recent years will appreciate the series even more.