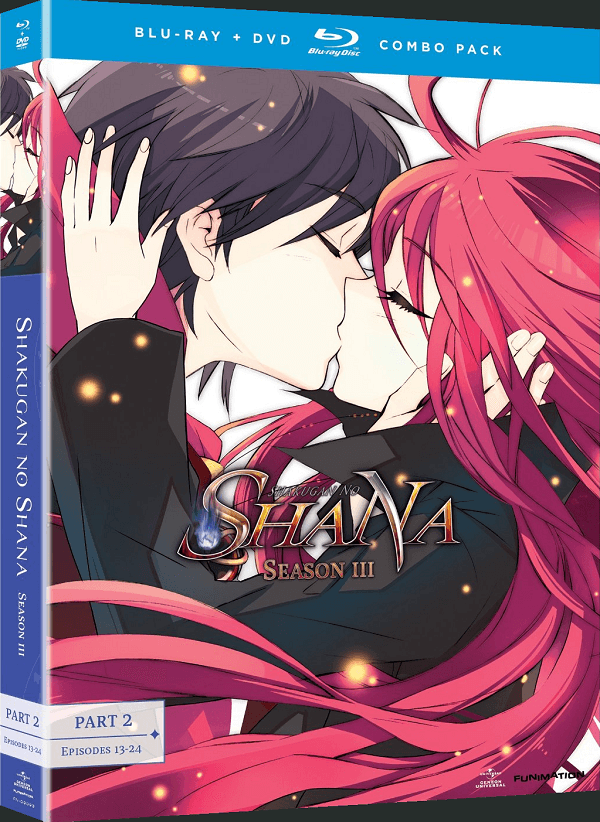 Overview:
It’s been a long time coming and after multiple releases and reviewing Part 1 of Season 3, here we are with the final half of Shakugan no Shana Final. Part 1 left us with a stare down between Yuji and Shana just before they were about to clash once more. Does Shakugan no Shana Season 3 Part 2 manage to continue the season’s momentum and provide a satisfying ending? We shall see.

Story:
As Shana and Yuji begin fighting against one another atop of the Snake of the Festival’s body his resurrection has started something called “mistquakes” all around the world and anyone who can sense power of existence can feel these tremors. Knowing that their group has failed, the Flame Haze army makes a last ditch attempt at preventing the resurrection of the Snake of the Festival and it appears on the battlefield. 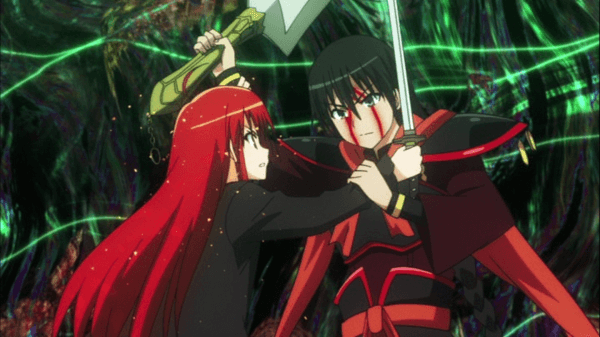 While the first half of the series left Yuji and Snake of the Festival’s final goal a mystery, as the two emerge from the gate the Snake of the Festival reveals his “Grand Order.” With the resurrection of his body he is aiming on creating a paradise known as Xanadu, an exact replica of the normal world where all Crimson Denizens will have an unlimited supply of power of existence and will no longer have to fight against Flame Haze or go hungry ever again.

Upon hearing this declaration, many in the Flame Haze army completely lose their will to fight as many Flame Hazes’ purpose in life is to fight against the Crimson Denizens. As such, Shana and the rest of the main characters on the side of Outlaw must fight in a losing battle as they attempt to salvage what is left of their forces and withdraw. 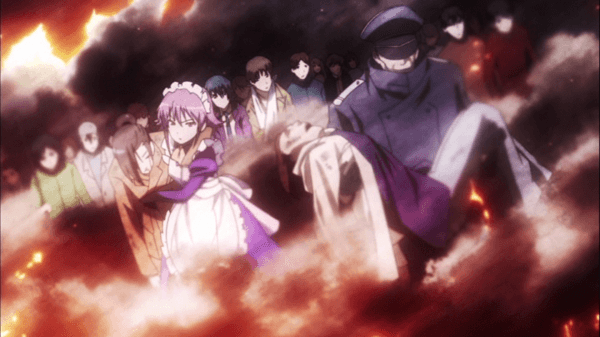 However when it is revealed that the creation of Xanadu will doom the real world to eventual destruction, the Flame Haze and Shana must put a stop to Bal Masqué’s plans once and for all. With new powerful allies stepping into the fray, can Shana stop Yuji before he does something irreversible and find her own happy ending?

Throughout the many Shana releases, the series has always taken it’s time to slow things down and let viewers catch their breath with bits of slice and life and romantic comedy. However while Part 1 of Season 3 had a bit of backstory and early development, Part 2 almost entirely focuses on the battle between the Flame Haze and Bal Masqué. Ultimately the only mid-way break in the action is present only for Shana and the rest to regroup, reach out to Flame Haze still willing to fight and plan their next course of action before heading into the final battle. 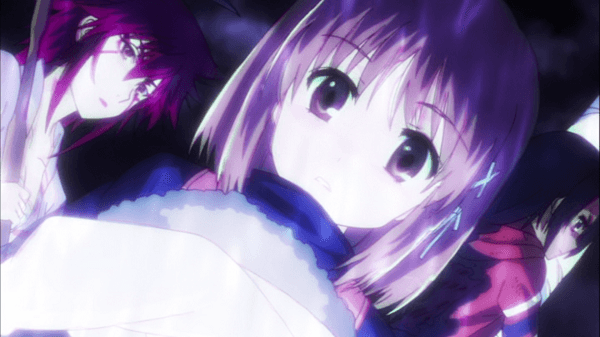 This release benefits greatly by keeping things concentrated on the ending. While a number of new characters are introduced throughout this second half, there isn’t much time spent developing them into much more than powerful warriors on the side of good. While this works well in keeping with the fast pace of Season 3, it does mean that these fighters are nothing more than powerful named characters simply filling up the battlefield.

In fact, the second half of the season does feel rushed at times and a couple of battles seem to be cut completely out for the sake of time.  Despite this brisk pace there is a bit of character development here, mostly focused on the secondary members of the cast however. One thing that does stand out as a rather huge flaw in the series however is Yuji’s reasoning for his actions. While they may make sense  on their own, the way he went about things seems like a major problem that, if handled any other way, could have avoided much of the drama of this season. Of course, if things went smoothly there wouldn’t be a climactic battle then would there? 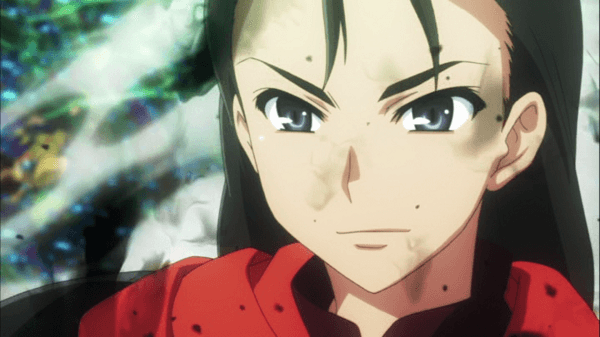 Anyways, being Shakugan no Shana Final, there is indeed a finale present in this release. However those who have been watching the series from the beginning may find that the ending is less than satisfactory. As mentioned above, Yuji’s motivation for his actions are paper-thin at best and even after failing in their goal, everything still manages to wrap itself up with a smile on its face and everyone somehow moving on from the anger that was so prevalent just a couple of episodes earlier. While it probably is best that things were wrapped up nicely, a shoe-horned twist that manages to create such a conclusion will probably leave a sour taste in the mouths of many.

Visuals:
Shakugan no Shana: Season 3 Part 2 continues to present a rather impressive visual package for the earlier half of this release, as the Flame Haze fight against the Denizens in various locations and have to partake in a retreating battle. However in the latter half of the release, the fights all take place in a very washed out city that remains constant throughout each fight, which is a major detriment compared to how vibrant the show can be at times. 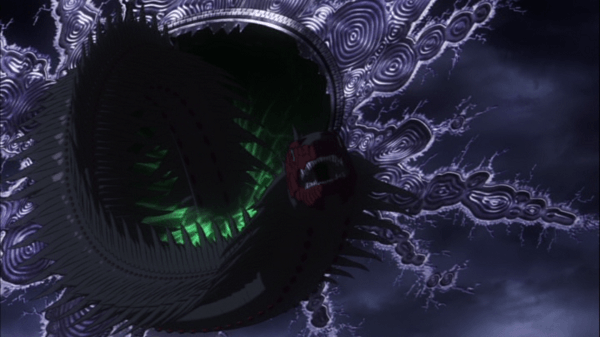 As for the fights themselves, they are presented with fluid animation and a number of new abilities and character designs are shown off when new fighters are introduced. However it is worth noting that some rather shoddy CGI work is introduced for a number of special effects in Part 2. Also it is worth noting that once again the ending credits play over the last couple of minutes of multiple episodes which is not only distracting but also obscures a few of the action sequences.

Audio:
Throughout the release viewers are presented numerous side-characters that are introduced to the series and each of them have been given decent voice work, though nothing too noteworthy considering most of these are simply meant to fill the battlefield. As for the main English cast they continue to impress with Cherami Leigh’s voicing of Shana still fitting Shana’s character perfectly. 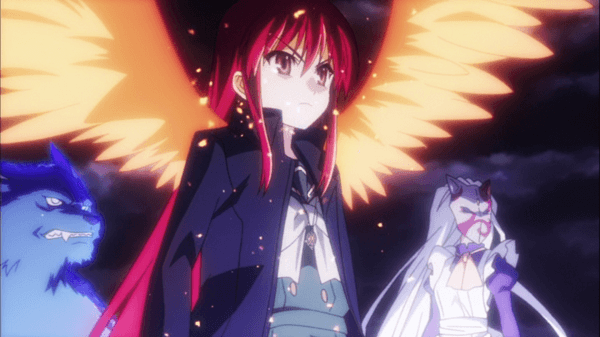 As for the background music, most of the soundtrack is rather forgetful however there are a number of instances where the background music worked so well that it really helped that moment stand out. The second half of this season continues to use the ending theme to remarkable effect by playing the ending song thirty seconds or so before the episode ended. While the song did change from “I’ll Believe” the following ending themes, and there are many of them, continued to impress. As for the opening theme, we have “Serment” which is fitting for the series but rather forgetful overall.

Extras:
This release features a number of bonuses including a promo video, the US version of the trailer, trailers for other FUNimation releases a clean version of the opening theme and a clean version of the five different ending themes that are presented in this half of the season.. Accompanying these standard bonuses we have two commentary tracks as well as the final Shakugan no Shana-Tan: Final Destruction 2. This Shana-tan is nearly ten minutes long and is rather hilarious, but it does feature a Japanese dub only and over half of the special is an extended “Why? What? Shana-tan Finale.” 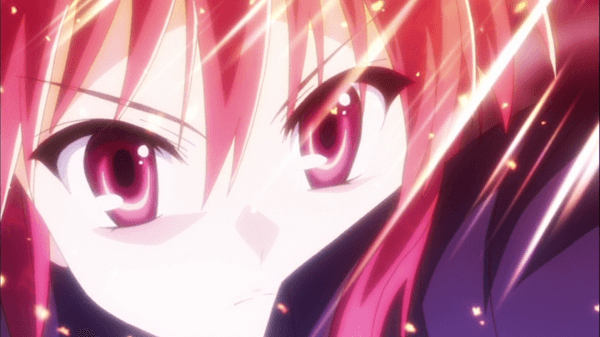 The first commentary track is for Episode 14 which features Jerry Jewell the director of this season and interestingly enough the commentary is actually chopped in half in this release. The first half of the commentary features Scott Freeman who voices Haborym while the second half features Kent Williams who handles the voice of Alastor. This is an interesting take on commentary, but probably necessary since the first commentator only played a minor role. As for the second commentary track, we have Cherami Leigh the voice of Shana and Jerry Jewell again providing commentary over Episode 24. Being the final episode the two discuss various aspects of the show at this point.

Overall:
It has been a long time coming and here it is, the finale of Shakugan no Shana. With Shakugan no Shana: Season 3 Part 2 viewers are presented the conclusion to everything that has been built up over the last eighty or so episodes. However anyone who has stuck with the series since the beginning will likely find the ending not only rushed but phoned-in as well. This means that while everything may wrap up nicely with great voice work and decent battle animation in bland environments, poor character motivations and an unsatisfactory ending to such a long running series will leave viewers feeling unfulfilled.