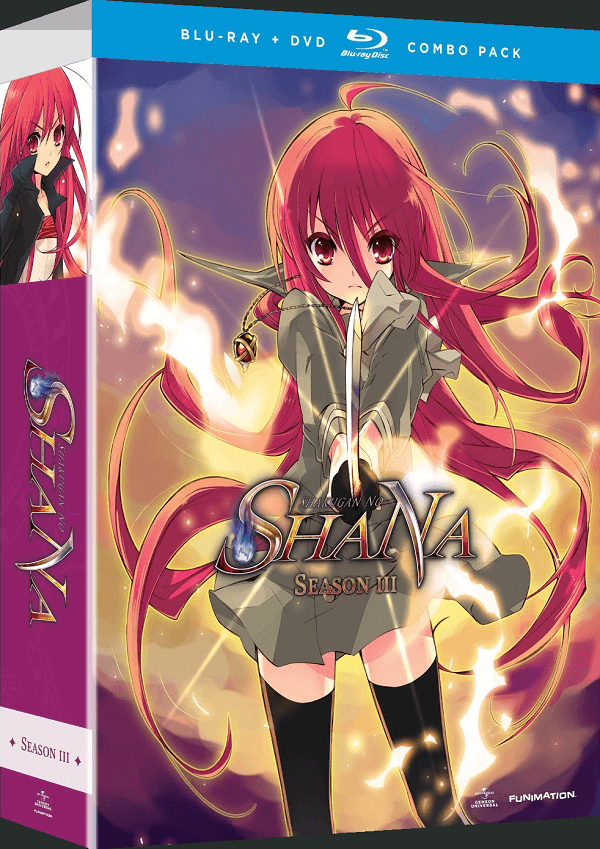 Overview:
Long running anime series in Japan can be rather rare. Outside of your average shōnen anime, many series are lucky to receive two anime seasons before leaving readers with an unfinished show. However Shakugan no Shana has managed to make it to the end, to Shakugan no Shana Final as it is called in Japan and referenced multiple times in the series itself. After reviewing so many Shana releases, we have come to the Shakugan no Shana Season 3. Does part one of this final season heat things up? Let’s find out.

Story:
It has been a long time coming, but with Shakugan no Shana: Season 3 Part 1’s beginning, fans begin their final journey with the cast as the series enters its final season. Because of this, anyone intrigued by the series is almost required to watch the copious amounts of Shana that have already been released if they hope to understand anything that occurs in the season. Therefore, we’re going to jump straight into the plot without covering the basics. 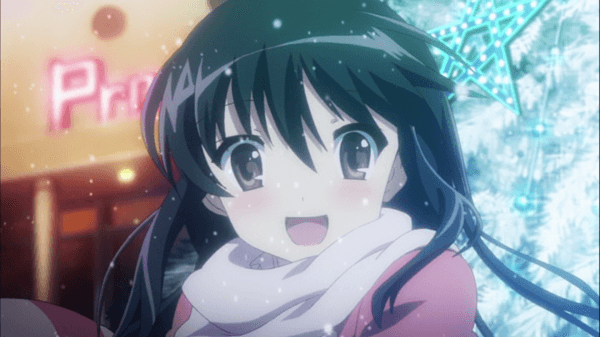 At the end of season two of Shakugan no Shana, Yuji finally is ready to make a choice between Shana and Yoshida, however on that faithful Christmas Eve night Yuji suddenly vanished. Just like any other Torch, everything related to Yuji has been removed from the world and everyone close to him who doesn’t know about The Crimson Realm has forgotten that he ever existed. Despite this, Shana holds out hope that Yuji is still alive and continues to train in Misaki City, visits his mother and attends school.

However when Yuji appears back into their lives, he has changed drastically. For the man Shana and Yoshida once knew has changed, and instead he has given himself over to the leader of Bal Masqué, the “Snake of the Festival.”  Yuji remains conscious within the Snake of the Festival as their two goals coincide with one another, and as he reveals his plans to the Flame Haze present, it is clear that war is on the horizon. However, can Shana possibly fight against someone she holds so dear? 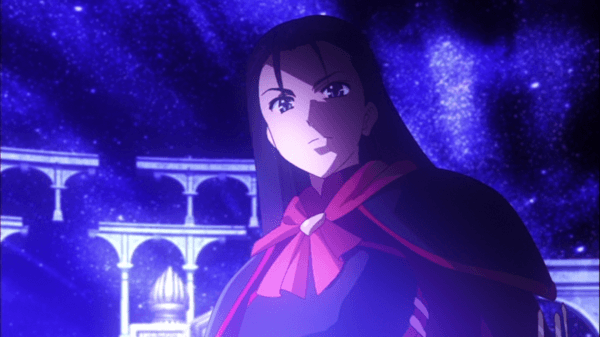 This third and final season benefits from the massive build-up the first two seasons and OVA collection have provided by allowing viewers to continue at a rather brisk pace throughout Part 1 here. Viewers know what is at stake and they know the relationships of those involved and while the first couple of episodes are focused on a bit of backstory and going over some of the events that occurred during the minor time-skip between season two and three, the rest of the series escalates quickly as the Bal Masqué forces begin to target the Outlaw organizations and launch a full scale war.

Before we get into the characters viewers already know, it is worth noting that there are numerous characters introduced on both sides of the war here, though it is probably best not to grow too attached to any specific character because once battle is joined, blood is spilled on both sides where unique battles take place featuring powers we have never seen before clashing against one another. However where this action begins to shine the brightest is when Shana Season 3 begins to draw upon its vast character library and draws characters into the fray that viewers haven’t seen in quite some time. 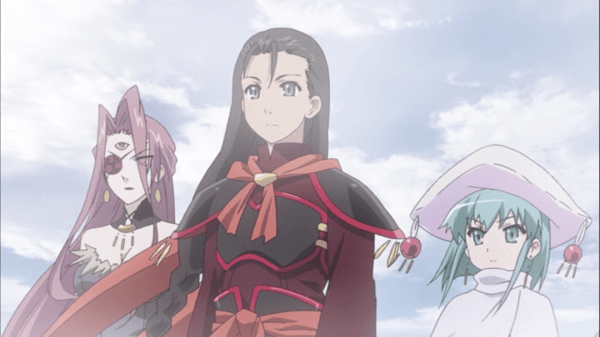 Despite most of Season 3 focusing heavily on action and the various battles between the Flame Haze and Bal Masqué, there is a decent bit of character development here, though most of the development comes from the minor-plotline involving Margery and her hunt for the Silver. Throughout the Shana series Margery has always been a bit of an aloof drunkard who was only serious once she had to fight, however here viewers are shown a side of the character they may not have expected as her and Keisaku grow.

Of course Shana and Snake of the Festival are also given some mild developments, though thanks to events that occur early in Part 1 Shana is out of commission for quite some time which allowed for the aforementioned focus on war and side-characters. Snake of the Festival unfortunately isn’t detailed too heavily so far in Part 1 however and Yuji’s co-operation can be seen as questionable at best, but Shana finds herself determined to stop at nothing to put a stop to Snake of the Festival and either free or convince Yuji that his chosen path is wrong. 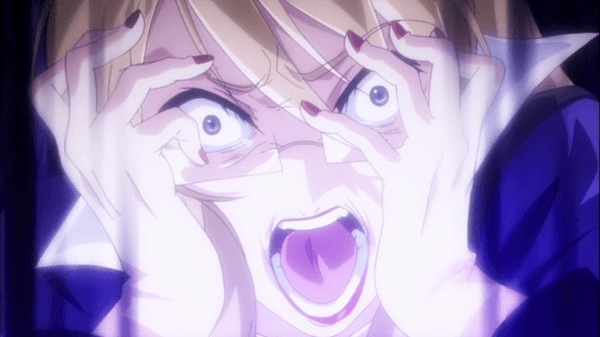 Ultimately Shakugan no Shana: Season 3 Part 1 progresses rapidly as the story barrels towards a finish. The Flame Haze and Bal Masqué have engaged in full scale combat with new characters and old begin to fight for their lives and their ambitions. Everything has been laid on the table and with a great stare down ending; Part 1 will leave viewers quickly reaching for Part 2 to see how things turn out.

Visuals:
The Shakugan no Shana series has become a rather interesting title to review over the past few months thank to the fact that while their release in North America has happened within five months of the first season’s re-release, the Japanese releases began back in 2005 and trickled out every few years from then. Because of this we’ve been presented gradual improvements of the series’ art style over the years and with Shakugan no Shana Season 3 being the most recent, viewers are in for a real treat. 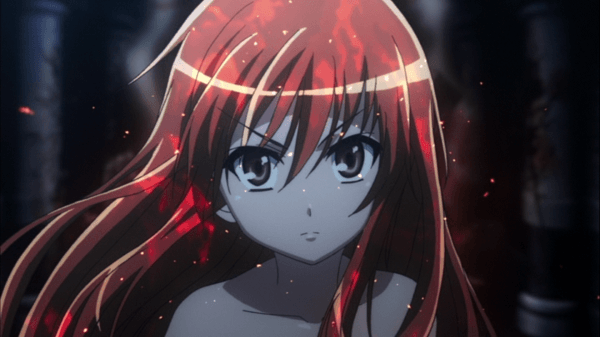 While nearly all returning characters haven’t seen a change in character design, the overall quality presented here is represented throughout the cast, both new and old. As for the action itself, every battle scene throughout part one remained consistently impressive without noticeable drops in visual quality and thanks to the wide-reaching nature of the fights in Shana Season 3 Part 1, the locales not only impressively detailed but also varied enough to keep things interesting.

It is worth noting that a couple of episodes do feature ending credits playing over the action. These are actually the English credits placed into FUNimation’s release and at least two episodes in Part 1 continue to play throughout the credits and it is very annoying to try and watch the events occurring in the last couple minutes of these episodes with large credits all over the place.

Audio:
The same cast of voice actors from the second season, movie and OVA releases have returned to reprise their roles and as one would expect, the Japanese voice track is available in this release as well. As for the English dub quality, the cast remains in top form and Josh Grelle has managed to adapt his voice work for Yuji quite nicely since he began working on the series. It is also worth noting that the company has done a great job alternating the voice work for Yuji and Snake of the Festival as two separate voices are provided and this is accentuated nicely by subtle shifts in the character’s facial design. 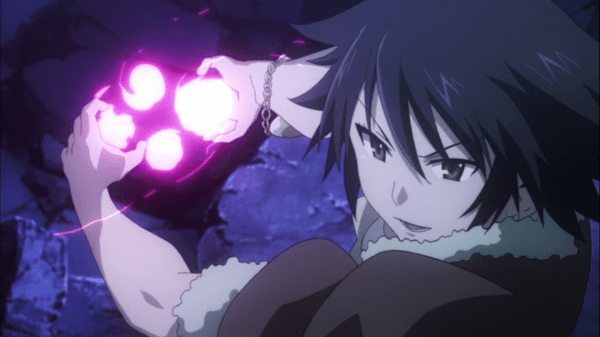 As for the background music in this release, it is rather rudimentary and expected so it unfortunately can be rather forgetful at times. However one thing that deserves praise is amazing use of the series’ ending theme “I’ll Believe” by ALTIMA. Numerous times throughout this release the ending song’s first verse began playing before the episode ended. This was usually done with dramatic or emotional ending sequences and almost without fail I was given the chills each time it played. As for the opening song in Part 1, we have “Light my Fire” by KOTOKO which works as a solid opener for the series, especially with this half’s focus on action.

Extras:
As far as bonus features go, Shakugan no Shana: Season 3 Part 1 comes with one noteworthy extra alongside somewhat expected features. There is a textless version of both the opening and ending songs as well as trailers for other FUNimation releases but there is also another Shana-Tan short included as well as two episode commentaries featured in this release.

The Shana-Tan episode is called “Shakugan no Shana-Tan Final Destruction and it clocks in at nine minutes long but unfortunately it only features the Japanese voice work with English subtitles. The short is a nice comedic break from the drama of the season 3, however even in this comedic mini the drama permeates near the end. 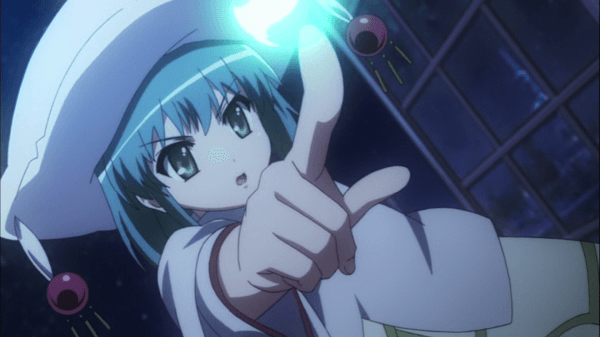 Part 1 features Episode 4 commentary as well as one for episode 7. Episode 4 features commentary by Jerry Jewell who is the director for this season and the ADR Engineer Alyssa Galindo. These two discuss a lot of technical aspects of the show and Galindo admits that she is a bit confused by Shana since this third season is the first one for her. As for Episode 7, we have Jerry Jewell again and Josh Grelle the voice of Yuji.

Overall:
With the past seasons and side-material working as a base for nearly everything that occurs in this season, Shakugan no Shana: Season 3 Part 1 feels like the beginning of the end. With everything on the table and the balance of the world in danger and only a few flaws, this release places viewers in the midst of a large scale conflict that throws new and old characters into impressively animated combat while not forgetting about the emotional ties that hold Shana and the rest together.