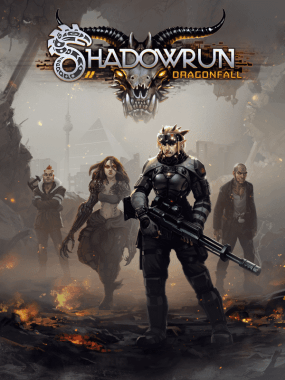 Overview
With the release of Shadowrun Returns a little over half a year ago, the promise of more content set in the rich cyberpunk  universe was tantalizing. With the toolset released for the community, the Shadowrun universe was sure to grow. Now, developers Harebrained Schemes have released their first official expansion. How does Dragonfall hold up, though? Is it sitting on a horde of gold or was it shot out of the sky? 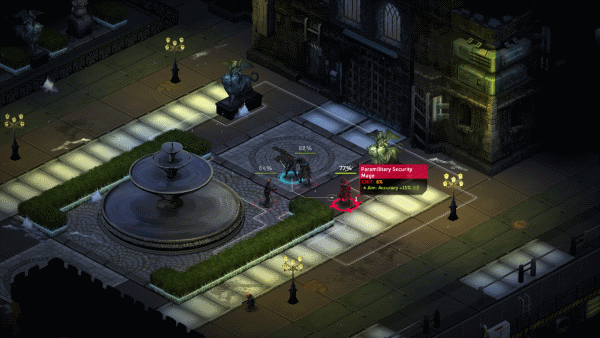 Story
You are a shadowrunner. You’ve lived under the radar, earning your keep by taking on the sorts of tasks law-abiding citizens couldn’t even imagine. Set during the same time period as Shadowrun Returns, Dragonfall takes you out of cyberpunk Seattle and drops you into Berlin, Germany.

An old friend and fellow shadowrunner, Monika Schafer, pulls you onto her team. On your first run with the new team – a run that was supposed to be easy money – something goes horribly wrong. Monika, an expert decker, jacks into the computer system of a door below Harfeld Manor when she suffers a terrible biofeedback from the defenses in the door. With her dying breath, she utters the phrase “Feuerschwinge” and passes away. Now, you’ve got to discover what happened to Monika, earn the respect of her team, and uncover a plot that goes much deeper than any shadowrunner has ever been. 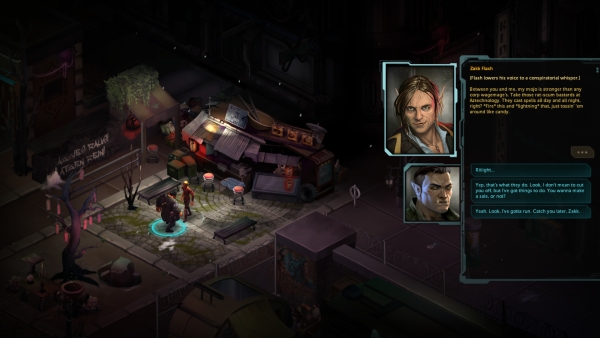 Gameplay
Fans of Shadowrun Returns will immediately feel at home in the warm glow of neon lights and computer screens. If you haven’t played Shadowrun Returns (which you definitely should) you’re in for a fantastic treat (minus a few bugs).

Harebrained Schemes has outdone themselves with the first expansion. Dragonfall continues what is shaping up to be a legacy of excellent stories with fantastic storytelling. The story itself is full of intrigue, fantasy, and action. Beyond that, the storytelling is excellent. There is an attention to detail given in Dragonfall that few games on the market can boast. The game delivers some great payoffs to  If you spend any time at all with this game, you’ll be completely sucked in.

Along with the storytelling, I found the characters to be deep and interesting, contributing to the experience whether through conversations between missions or in combat, bringing their unique skills to bear. The team in Berlin boasts a wide array of unique individuals from the veteran shaman Dietrich to the hard-nosed, militaristic troll Eiger, to the emotionally detached medic, Glory, and more. They all have personality, helping further immerse you in the story and world. 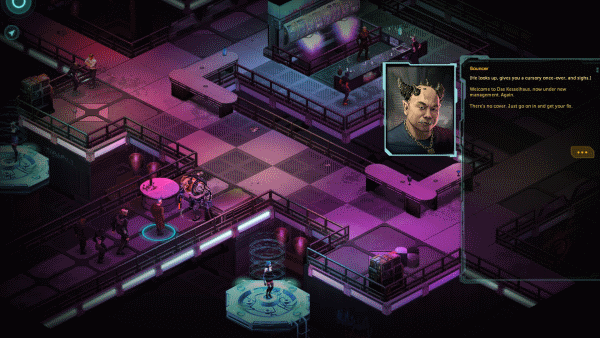 For veterans of Returns, Dragonfall‘s combat remains largely unchanged, and that’s perfectly fine. For the uninitiated, Shadowrun‘s combat is a strategic turn-based system, allowing you to set up and handle each encounter with an addictive air of tactical prowess. You’ll be able to position your runners, take cover, shoot, cast magic, and more. It’s not meant for run-and-gun gamers as it can take some time to orchestrate everything, but the payoff of a battle won will always call you back for more. In terms of character class and progression, much is still around from Returns, offering the same classes and karma upgrade paths as before. It’s familiar – nothing groundbreaking – but why try to fix what already operates at the top of its class?

On top of a finely crafted story, the sheer amount of new content in Dragonfall makes it worth the purchase. New classes of weaponry like sniper rifles, grenade launchers, and tasers make their way into the game. There’s also a bevy of new character portraits to bring the world to life, several new enemies to fight, and more. RPG fans everywhere will find a lot of bang for their buck here. 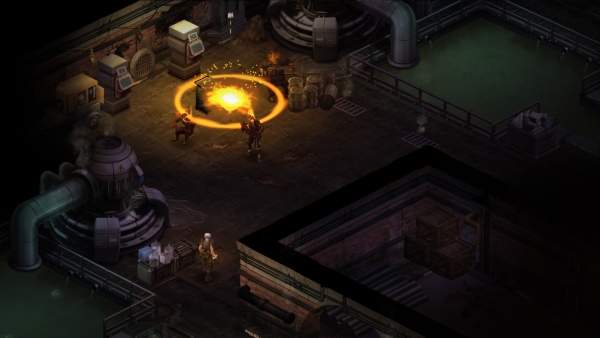 Visuals & Audio
Visually, not much has changed since Returns. Dragonfall features quite a few new character portraits and gear options, as previously mentioned, but the overarching aesthetic remains the same. Cities are bathed in an eye-catching neon glow. The dark, grungy streets of Kreuzbasar and its surrounding landscape are constant reminders that the world is a broken, decaying place. Character models carry no more fidelity than they did before, though a few new enemies give you something new and interesting to look at. All of that said, Shadowrun: Dragonfall is still an excellent looking isometric RPG with a lot to satisfy your eye-candy sweet tooth.

Dragonfall boasts a great cyber-punk soundtrack. Composed by Marshall Parker and Sam Powell, who were involved with the Sega Genesis and Super Nintendo Shadowrun titles, the music does a great job of setting the mood and driving the action. The game’s sound effects also do an excellent job conveying the on-screen world, packing a punch with each gunshot or spell cast. 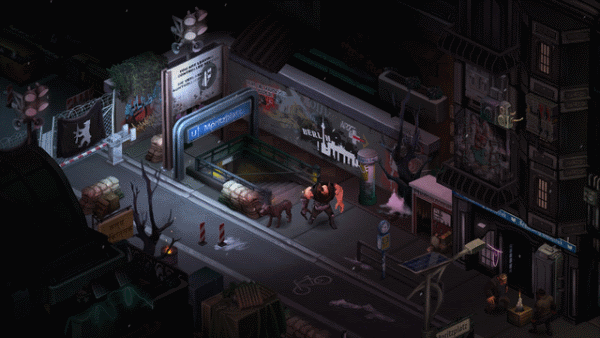 Overall
I found Dragonfall to be a top-notch follow-up to one of my favorite games of 2013. It boasts a great story, accentuated by excellent storytelling and deep characters. Combat is both cognitively satisfying and visceral, delivering an addictive system you’ll look forward to. There are a few bugs, but they’re insignificant compared to the strength of its offerings. If you don’t have Shadowrun Returns yet, it’s easily  worth the price of admission. If you do, Dragonfall is a must-have. Overall, Shadowrun: Dragonfall is a finely crafted RPG experience, showing that Harebrained Schemes knows its audience and continues to hone their craft.