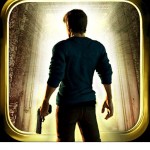 In search of the mysterious Prima Materia, a powerful and precious relic has now become a real threat if it falls into the wrong hands. Hidden in a remote temple, it is sought after by a group of dangerous mercenaries that want to acquire its power to enslave the rest of the mankind. Your mission as the saviour of the free world is to get to it before them, or else the world will suffer the consequences. 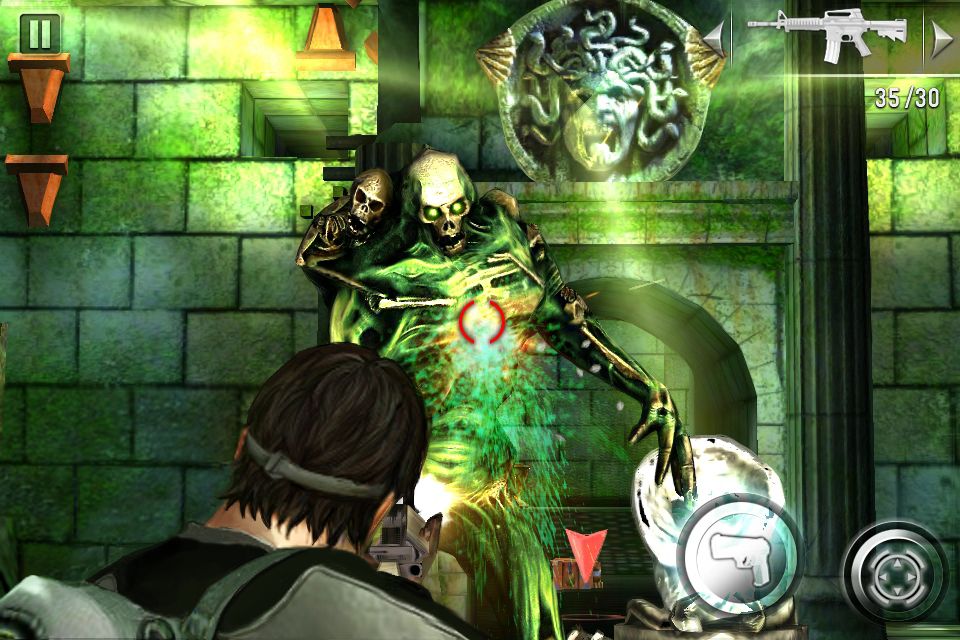 However, instantly you realise that the protagonist wasn’t successful. In fact he is caught in the clutches of the lead super villain of the enemy organisation, hooked up to a strange machine. This machine forcefully reads our hero’s memories. And this forms the basis of the plot – you are cast into the memories and take control of Jason Call, playing out the proceedings of his memories until you once again return to the antagonists lair.

In Shadow Guardian you take control of Jason Call as he travels the world in search of the supernatural treasure – a bit like Indiana Jones, minus the whip but with the addition of some lethal fighting skills and seemingly superhuman strength. A lot of people have drawn likenesses between Shadow Guardian and Uncharted, coining Shadow Guardian simply a pointy, more angular version of Uncharted. In my opinion, having links with the highly rated Uncharted is no bad thing, and Gameloft would do well to create a game like Uncharted for iPhone through Shadow Guardian. 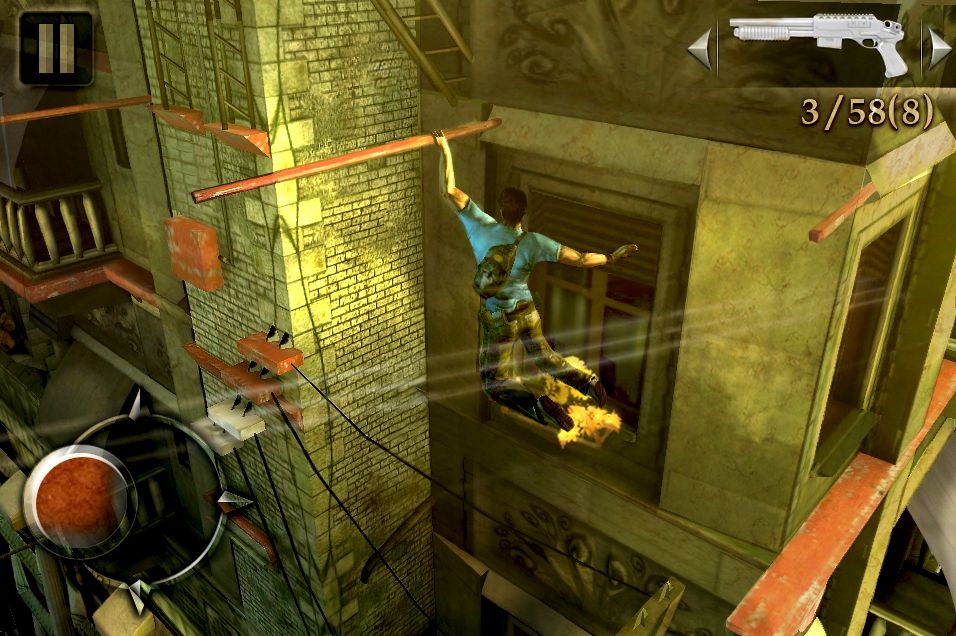 Thankfully, they pulled it off and with Shadow Guardian they’ve got an Uncharted clone, and a good one at that. Despite being a little “pointy”, its graphics are actually one of its strong points. Quite frankly, it excels in this area and is one of, if not the best looking game(s) on the iPhone. The character models are great for iPhone standards, and there is also a varied range of enemy character models, wach with their own weapons and abilities. Also, given the supernatural story behind the game, not all of your foes that you encounter are human. You come up against a number of creatures throughout the single-player story, as well as some boss-style battles such as blasting a helicopter out of the sky using an RPG. Because you are travelling around the world in your search, the game is able to display a varied, rich load of scenery as you travel between real-world countries on your mission.

You also get a wide array of weapons during the game, ranging from pistols to machine guns to the aforementioned rocket launcher. In addition, the game features hand-to-hand combat too and it is clear your character has been educated in a large number of martial art disciplines by the way he can swiftly deliver fatal blows to the enemy. On the whole, the combat isn’t as engaging as you would have hoped. Auto-assist and auto-aim functions aid you every step of the way, which means that you never feel in full control. However, the auto-aims features do not detract form the gameplay very much and you soon become used to the crosshair automatically locking on and it rapidly just becomes a part of the gun sections. Plus, it is not like the iPhone with its touch screen interface is an easy format to program a set of firearm combat controls into, so to avoid overcomplicating things, I think Gameloft made the right choice with an auto-assist and an auto-aim control scheme. 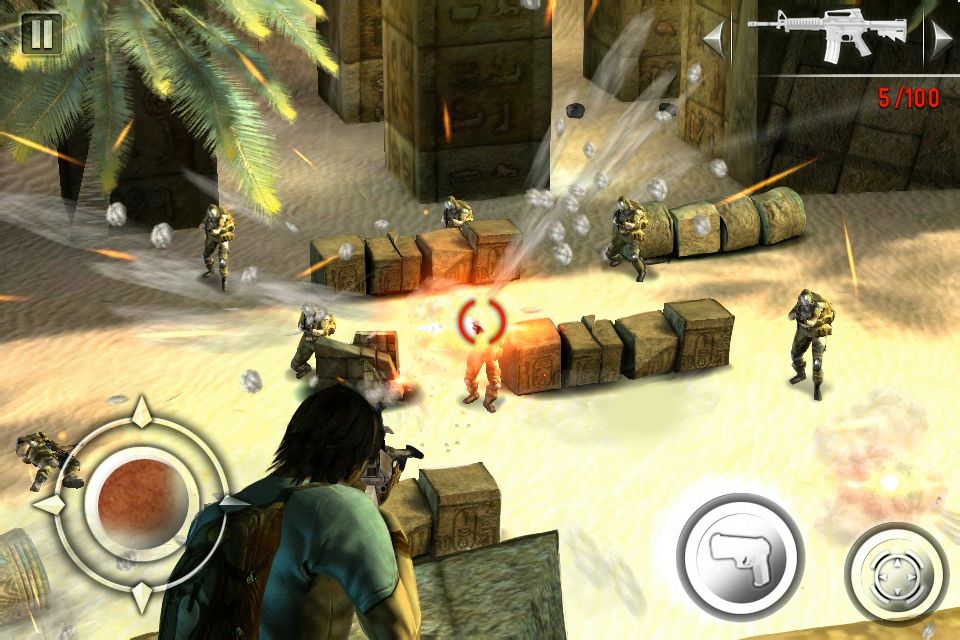 These combat sections are fairly well weighted, with a steady stream of enemies and usually a couple of different waves. Normally they present a few people with specialist guns in attempt to throw off your balance and put a damper  on your stride, but the good thing is, these sections don’t crop up overly-often. Instead, they simply pave the way for the excellent platforming sections. If the combat parts were to be considered one of the game’s weaker points, then the platforming is definitely one of it’s strengths. It is in the climbing sections that his superhuman strength comes into the picture too. The lead character can hurl himself up the various cliff and statues in manoeuvres of pure fantasy and his non-existent levels of agility are unrealistic, but very impressive nonetheless. It really is great fun, and navigating your way through all the climbing-orientated   parts is very satisfying. What’s more, Jason provides tips and hints regarding where to go or what to do next through a ongoing monologue which is worded in text along the top of the screen. 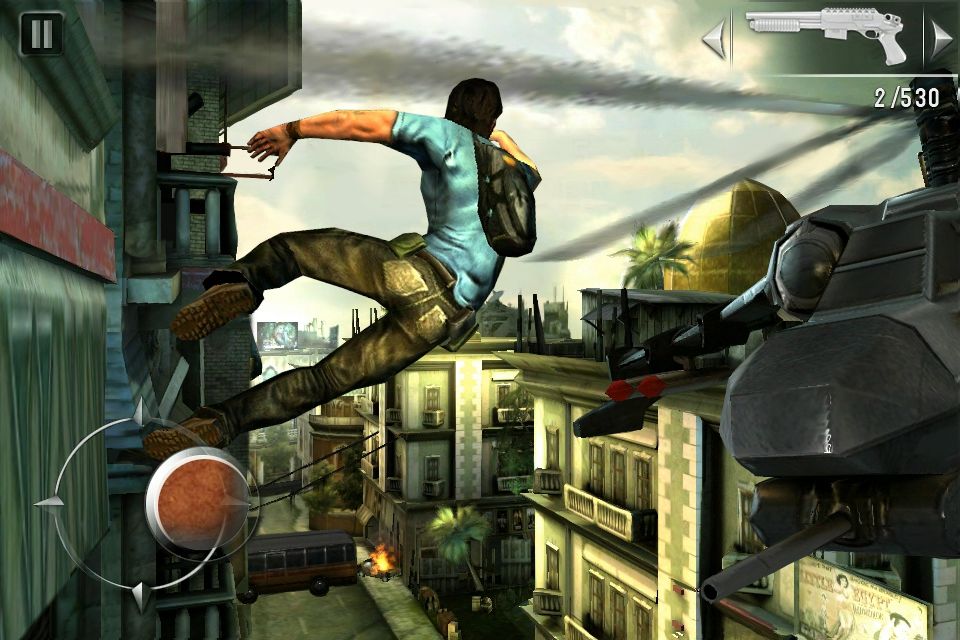 All in all, Shadow Guardian doesn’t compare to most high-end console games, although the mere fact that I am comparing it with console games shows just how brilliant it is. The level structure is good and the story is more than adequate for iPhone standards. Visually, it has to be one of the best looking iPhone games around, climbing sections are a joy to play and the combat/shooting sections aren’t bad either. Overall, my verdict is that Shadow Guardian is one of the best iPhone adventure games around and definitely worth the slightly higher price.