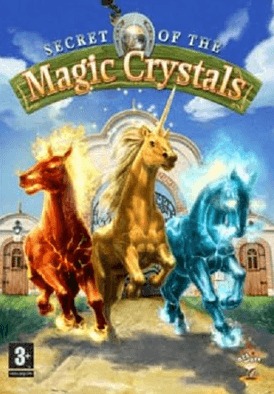 Secret of the Magic Crystals is a game that takes you into a fantasy realm of a horse-breeding farm. The indie simulation is designed for players to procreate, train and take care of mythical stallions; Unicorns, Pegasus and Ice, Fire and Demon steeds. Despite a magnificently artistic portrayal of horses within a realistic atmosphere; Secret of the Magic Crystals does not excel beyond monotony and disappointment.

The vague storyline could have been anything as simple or absurd as a meteor crashing into earth and leaving behind special crystals that give horses unique abilities. The next logical sequence involved the grandfather, who had been studying the nature of meteorite crystals, abandoning his farm and grandchildren. Accordingly, players are requested to select either the grandson or granddaughter as their main character, although there really is no difference in choice, based on the level of interaction with them. Throughout the game, the objective is to breed special horses and help find the lost meteorite crystals by following the same procedure of quests and training, amidst jovial music and changes in the weather and seasons. 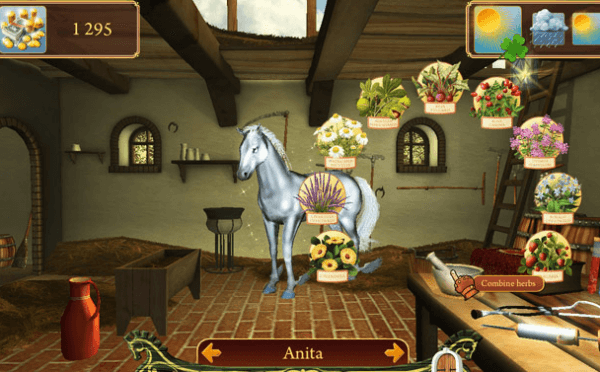 If you manage to get past the first level of Secret of the Magic Crystals, than you deserve an achievement. Unsurprisingly, the gameplay is more or less a repetitive and slow paced rhythm that challenges your patience to maintain sanity.

The most annoying aspect of the gameplay was not being included visually in the experience beyond the Gate. When you enter a race you do not see your horse complete any of the obstacles, show jumping, gallops, steeplechases or weight pulling events. Imagine how disappointing that would be, after all that hard effort training with your horse in the Corral! Honestly, I expected a little more action than on-screen written comments of the race and a counter clock ticking down until your horse returns. 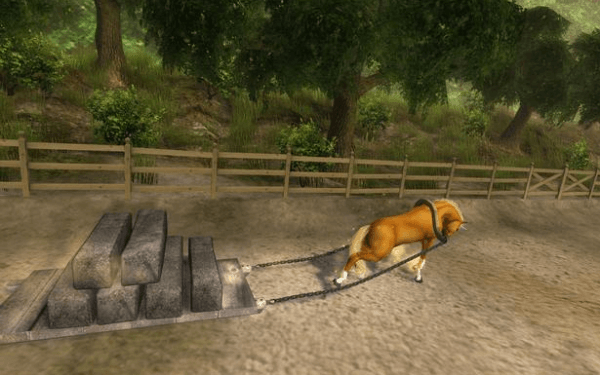 The same dreary graphic display applied for the quests your horse accepted, as you miss out on seeing your horse pulling a neighbours plough, carrying a letter to the village, helping a forester with his brushwood cart and replacing the milkman’s sick horse.

As a reward for your horse’s hard work, you receive at least 30 gold coins and a found item, such as minerals or herbs that may be useful in the production of horseshoe making or formulating magic potions. I found obtaining enough gold coins to be a challenge when most of my high cost expenses to level up involved upgrading buildings in the farm and purchasing a new breed of horse. Other expenses include new horse-caring equipment at the shop in the Stable and remedies when your horse falls ill.

The most interesting element of the gameplay involved creating the perfect potion or mineral using the required ingredients from each recipe book, which gives each of your horses different combinations of increased levels of strength, dexterity, speed, stamina, reflex or intelligence. 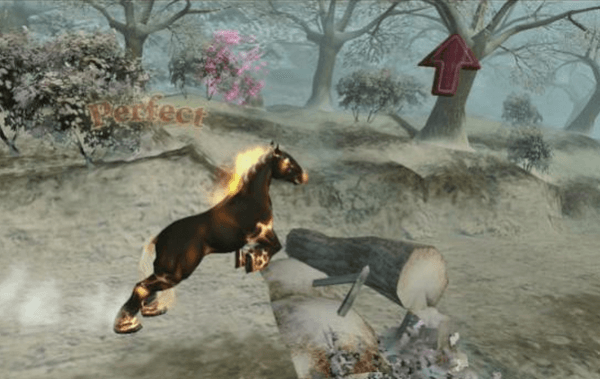 Of course, the most enjoyable and engaging component of the game was spending the majority of my time training my horses in sledge pulling, obstacles, forest and dressage courses. By reaching the horses maximum level of abilities, you are then able to breed supreme steeds. However, a frustrating setback in the game was the constant change in weather, which impacted on how well the horses performed in training, quests and races.

In addition, to measuring the performance of each of these activities, players are rated based on their ability to press the identical arrow on their keyboard, when it spins on screen. My guess is that they needed to add this feature to create some point of effort in the care-taking process, which ultimately affects how quickly the player progresses in the game.

Secret of the Magic Crystals should be congratulated for the extensive visual quality and 3D art design within the simulation, improving the gameplay experience across a beautifully constructed farm, along with stunning legendary horses. The natural atmosphere creates a visionary wonderland for young girls and boys that dream of working on a farm and taking care of animals, particularly breeding horses.

The distinctive and very similar audio tracks enhance the lifelike season and weather, with each track played in sync with the changes. I did not particularly enjoy the cyclic motion of the soundtracks. Although, the in-game sound effects proved to be very effective and relaxing to listen to the horses galloping in the Corral, huffing in exhaustion after a race and panting with enthusiasm during grooming in the stables. 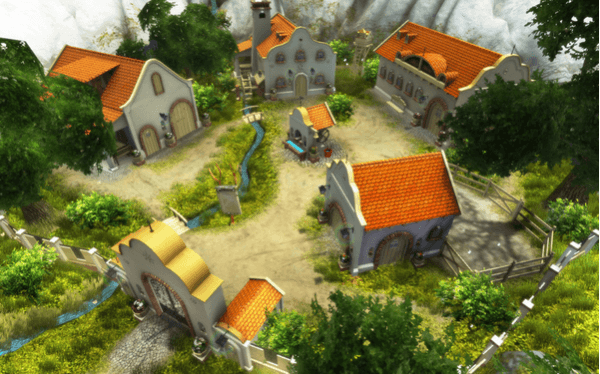 Secret of the Magic Crystals is the kind of game that can only be completely enjoyed by players who have the perseverance and motivation to take care of the five mystical horses. My main point is that this simulation game is only suited to a particular type of target audience, a younger generation.

I did not particularly enjoy playing the game, as the repetitive tasks made the experience painful to complete. That being said, I do not regret having tried playing Secret of the Magic Crystals to draw a review from it. Nevertheless, if you love horses, fantasy games and are maybe even a fan of the My Little Pony series, than there is no reason you should not play Secret of the Magic Crystals.