Story
General Knoxx, who is the general of the Atlas soldiers, has come to return peace to the once peaceful Pandora. According to them it is your fault and a few deserters that the peace has gone. They are here to stop you. You have become one of the most wanted on Pandora.

Athena has other plans for you; however, she wants your help to stop them, because you are right below her on the most wanted list. She wants your help to stop General Knoxx and the Atlas Corporation. If getting your name off of the most wanted list, Athena has promised all of the weapons inside of General Knoxx’s secret  armory. 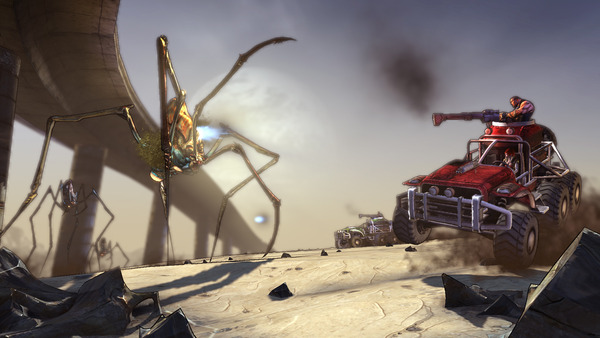 Additions
“Borderlands goes to ELEVEN! You may have seen some games raise their level cap by 5, or maybe even 10, but with The Crimson Lance Assassination Squads wreaking havoc and Crawmerax the Invincible being all invulnerable and stuff we knew you’d need more than just 10. And that’s why Borderlands goes to ELEVEN! The Secret Armory of General Knoxx is an add-on pack for Borderlands that adds new guns, new Class Mods, new vehicles, new missions, new enemy types, and increases the level cap to 61. In other words…best add-on ever. Of all time. Forever. The End. ELEVEN!” [via Xbox.com] 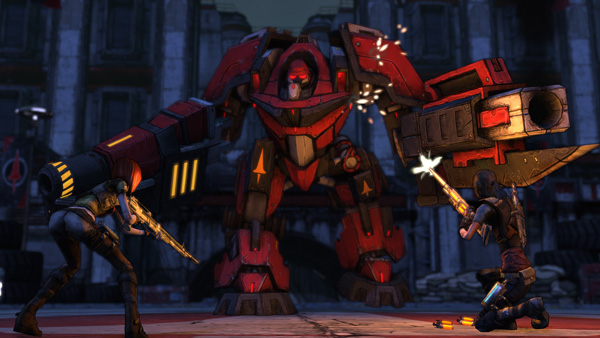 Strategy
Friends are a must, tell your friends to buy this DLC with you because you will need them. The Secret Armory of General Knoxx is a continuation of the story, but a level 50 character will struggle at parts due to the enemies being much higher level then you. Luckily the level cap has been increased to 61 and you have to make a choice. Do you level your character first and have an easier time winning, or do you punch through with a bunch of friends and enjoy the challeng.

Many of the enemies you will face will have giant shields with little health. The hunter with the ability to ignore shield is a huge advantage in the field, but without support the hunter is a sitting duck when surrounded by a bunch of enemies. So again, bring friends. I do not have a competent hunter class, I play as the siren. Luckily I had a friend who has a level 50 hunter that was able to help me play through the DLC, though he did die more than me.

Achievements – 10 for 250g
There are the basic mission oriented quests, and then the level oriented ones. But there are 3 achievements that have nothing to do with the story. “Sneaky Little Buggers” requires you to kill the loot midgets which are randomly placed in lootable locations. “Speed Kills” basically requires you to destroy an enemy’s ‘Monster’ while driving the ‘Racer’. Finally, “Sucker Born Every Minute” requires you to pay 7-8mil to take a tour of the world’s largest bullet. The game does not autosave here, so if you want you can return to the dashboard and get all your money back while keeping the achievement. But you guys aren’t that cheap are you?