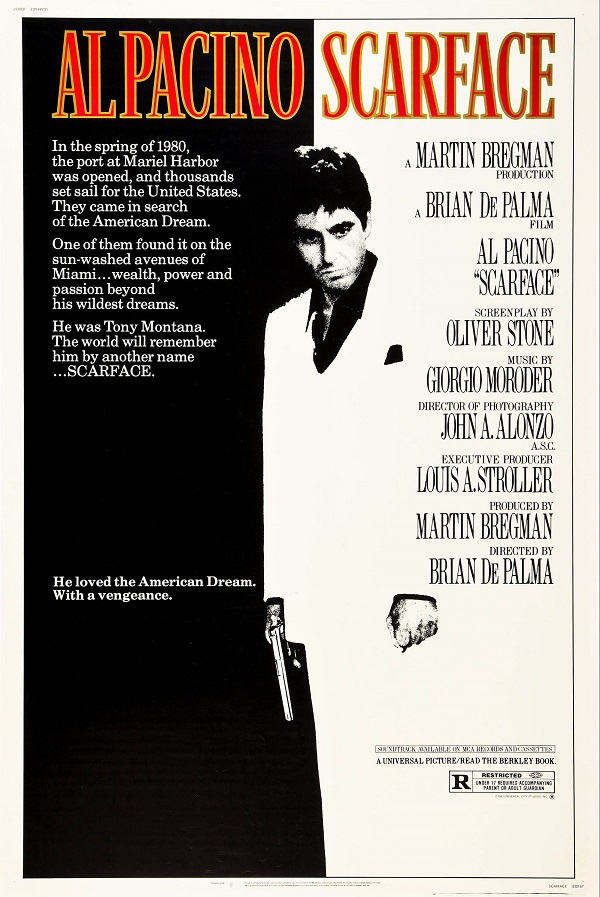 Scarface is a cinema classic which has found a dear place in the heart of many people who admire the gumption of its protagonist. Having seen parts of the film previously, I looked forward to catching the full breadth of it’s majesty in a proper cinema theatre as it was originally intended to be screened.

I have enjoyed my outings to In the House with their previous screenings of crime epics including The Godfather parts 1 and 2 and most recently, Once Upon a Time in America. I looked forward to seeing this other masterpiece on the big screen as I made my way down to George Street cinemas for their screening of Scarface. 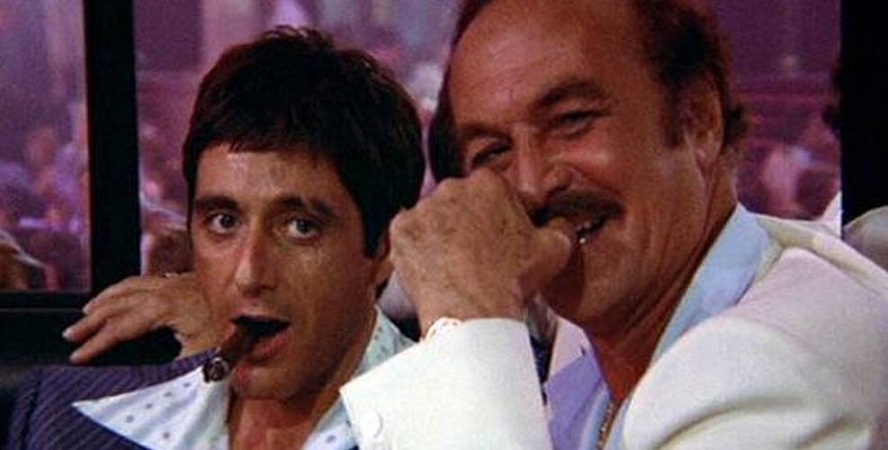 The story follows the Cuban criminal, Tony Montana (Al Pacino), as he is forceably exiled from Cuba and finds himself in the United States. He ingratiates himself to a local drug dealer by murdering a Cuban Communist which earns him his green card to stay permanently in the States. Through luck, courage and bravado, Tony continues climbing up the criminal hierarchy as his ambition continuously pushes him for more. His greed and avarice for money, power, and women pushes him to excel but will he be brutal enough to meet the needs of his ambition?

The protagonist is an absolute monster driven by the worst impulses that could motivate a human being to get out of bed each day. His motivation is pure avarice which fuels his ambition and drive to the top but also means that he languishes when he finds himself of the criminal hierarchy. His dramatic rise and fall are captivating to watch in the same way that one must watch footage of a train accident; with grim fascination and disgust. His character is reprehensible, but it is easy to see why it is that he is so iconic in the cinema landscape; his personality is so clear that you’ll remember him even if you despise everything about him. 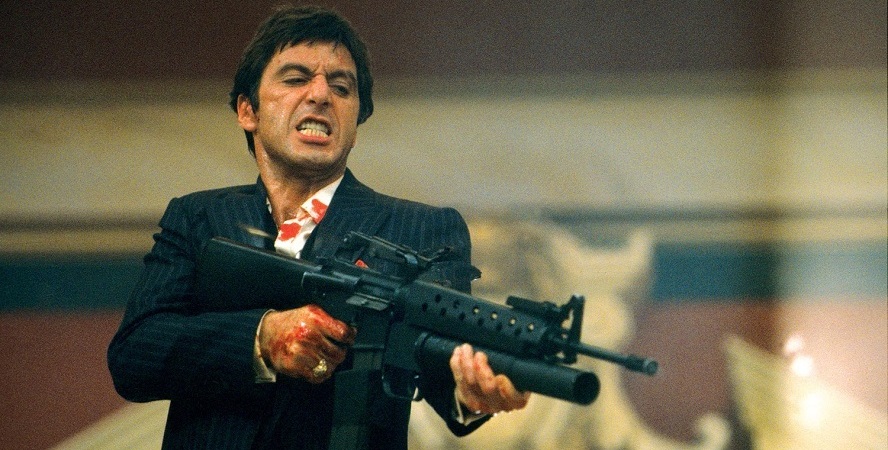 The performance of Pacino, in this vein, is par excellence. He conveys the character with all the charm, courage, cruelty and viciousness that you’d expect from a gangster. There is a certain nuance to the character which can be easily overlooked if one was only to focus on the most dramatic aspects of the persona. Somewhere in the fractured and toxic mentalscape of our protagonist, there appears to have be a rudimentary set of morals guiding his actions which, I would argue, is quite alien to the moral compasses of most of you reading this. Pacino captures and portrays this alien moral landscape in a relatable and interesting way. It’s easy to portray a monster but it’s impressive to insert that humanising nuance complicate both the story and the character.

The supporting cast are similarly strong across the board with excellent performances all round although their purpose appears to be largely to stand in juxtaposition to our volatile protagonist. Steven Bauer does a great job as Tony’s long-suffering and devoted partner in crime, Manny Ribera, and gives us an interesting character who is both loyal but terrified of his murderous friend. Michelle Pfeiffer as Elivira Hancock fills her role as well as the script allows but isn’t give much to work with in regard to any part of her character which isn’t defined by her relationship to Tony. Similarly, Mary Mastrantonio plays a similar role as Tony’s sister and does well as she contends with a similar problem.

Both women are given characters to play that are somewhat two-dimensional in their characterisation which is a bit of a shame since they both could have worked with more. An interesting justification for this limited character depth could be that as the film largely revolves around Tony and his view of the world, these characters are both being viewed through a misogynistic which attempts to simplify the characters of these women. It’s still a shame that both these actors were given such limited roles but Scarface is focused upon exploration of its eponymous protagonist. 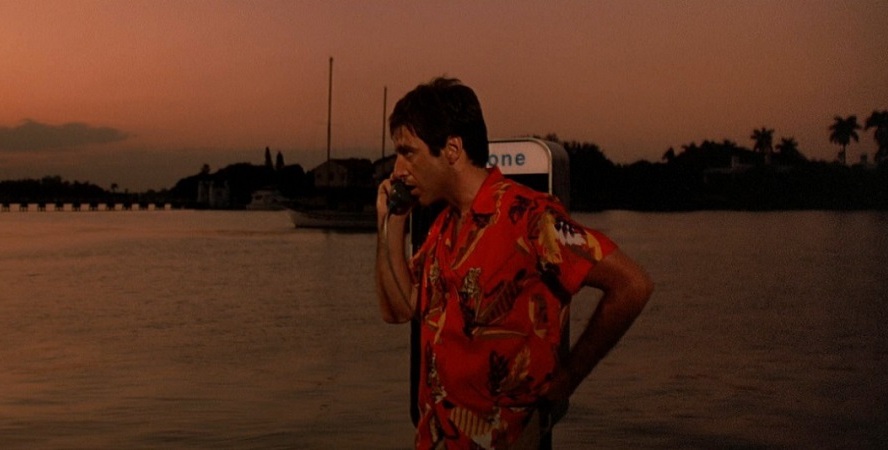 The film’s visual direction makes excellent use of space, montage, and frame composition to both display the greed and power relations of our protagonist. The visual aesthetic of the film follows a naturalistic for most of the film except when it chooses to depict the excess of Tony at the height of his power. In a similar vein, there is a fairly notorious sequence in the film’s third act which is uniquely harrowing even by today’s standards. The film does artfully cut away before really showing anything truly graphically violent but only after a singular moment of gratuitous violence which will, no doubt, unsettle many of you too. Violence is something that you’d imagine would be par for the course in a crime film but this is film deals with it in a form of excess which can be hard to stomach and quite upsetting. Its explosive climax engages in a similar degree of violent excess for a dramatic finale. 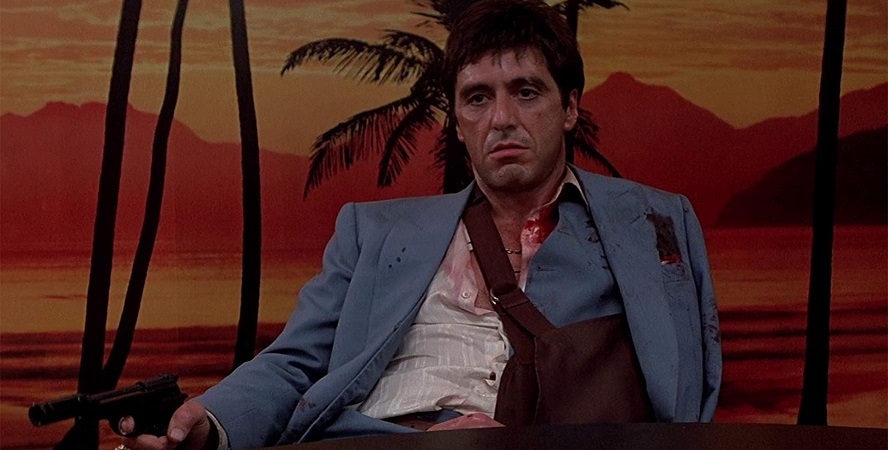 The film’s soundtrack has a wide array of stylistic influences and a mix of genres in their pieces which pretty much mean the film has a little something for everyone in its playlist. The film does play with a very synth‑heavy musical score that reinforces the 80s feel of the film. There’s a distinct and almost menacing distortion effect to the synthy beats which creates an unsettling cacophony to reinforce the off-putting nature of the film’s action. Since it was produced and released in the early 80s, there’s a strong disco influence that you find in many of the nightclub scenes especially and further reinforce the tone of the era it’s dealing with. There are strong Latin American and Caribbean influences which similarly set the tone for scenes on the Miami beach front or the jungles of Colombia. It’s a great score which functional and has some absolute bangers which you’ll probably want to listen to again after the film’s credits roll. 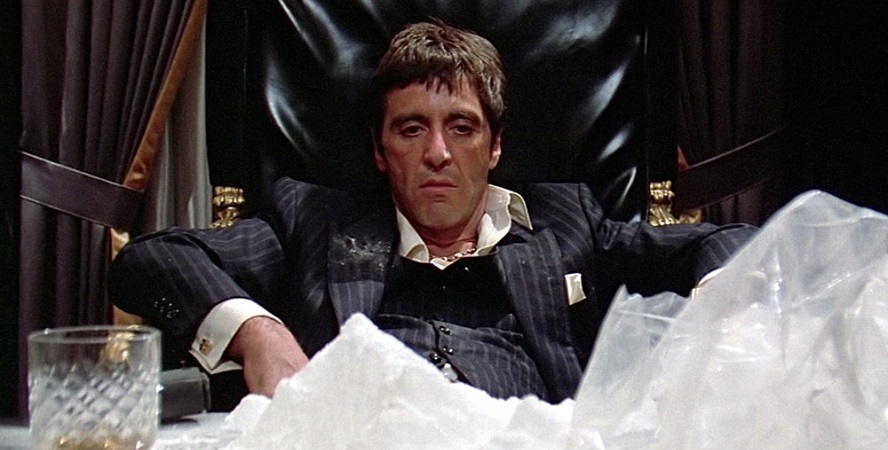 Overall, it is easy to see why this film has become such a seminal piece of cinematic work. The film’s narrative is focused around a volatile and vile human being who is absolutely captivating to watch. The film’s visual direction is mostly subtle except when it unleashes an excess of debauchery and violence upon you. The film’s soundtrack features plenty of pieces used to great effect which add to the film’s overall theme, tone, and feeling in a constructive and effective way. All of the film’s elements come together to create a cinematic experience which will stay with you long after you’ve watched it; that, I would argue, is the sign of a great film and I’m glad to have seen it properly in a cinema.

Kudos to the folks at In the House for screening this classic!

Scarface is a cinematic masterpiece and an exemplar of cinematic excess.
9