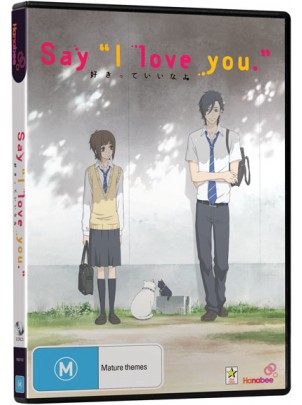 Overview
“I Love You” – those three words are said so much in anime, but never have those words held such importance as they do in Say I Love You, an oddball romantic comedy series that turns the genre on its head with a sense of realism and a down to earth approach to love, sex and romance. Unlike anything else in the romantic comedy anime genre, Say I Love You is something truly different and it is all the more special for it. 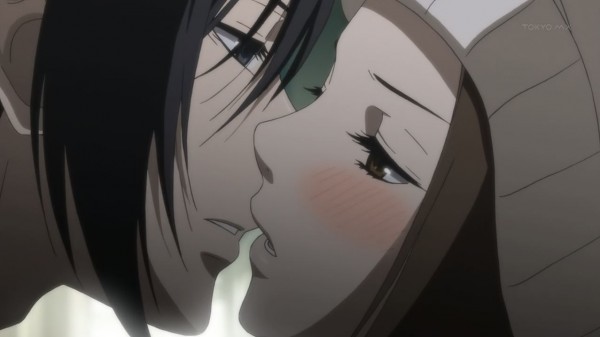 Story
Mei Tachibana is not your ordinary teenage girl, she is reclusive and a stone cold loner. Swearing off love and even friendship after a tragic past, she is resigned to being alone, that is until she catches the eye of Yamato Kurosawa, the most popular boy in school. It sounds like a story you may have heard before, but none have ever played it so real.

Love, sex and romance are all approached with a realistic touch and doesn’t idealize the concepts. The burgeoning relationship between Mei and Yamato is far from the usual ‘chance encounters’ and ‘dramatic confessions’, instead it is played straight, with both characters naturally coming to terms with their feelings and allowing them to develop naturally and organically.

The roadblocks they face along the way are likewise handled realistically. One great example is when Mei discovers Yamato’s sexual history. She is of course shocked and being the loner she is, feels inadequate because of it. Ultimately the two come to terms with the situation and move on from it. It is really refreshing to see an anime play these topics so straight. Far too often do we see these topics brushed over or treated unnaturally, but Say I Love You handles them with the deftest of accuracy, portraying them in the truest sense possible. So much so that when those three words are finally said, it carries more weight than those words may have ever held in anime. 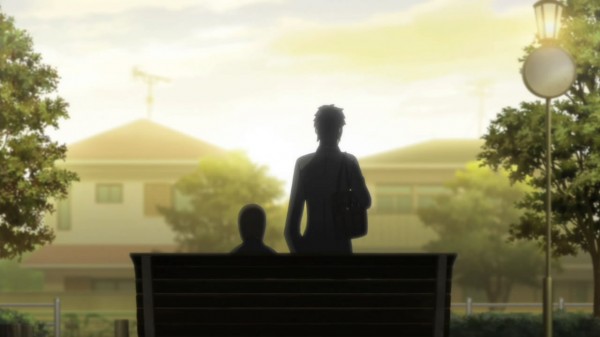 Say I Love You’s pacing is superb to say the least, with a natural growth that builds to an appropriate conclusion. The final pay-off is more than satisfying and the overall experience of the series leaves a lasting impact. However, while the two main leads are highly detailed characters with rich personality and histories, the supporting cast does fall quite flat in that regard. The supporting characters are unfortunately one-note and do very little besides playing their part in moving along the main story. Thankfully the two leads are strong enough to carry the series in spite of the weak cast surrounding them.

Ultimately Say I Love You is a solid romantic comedy that takes the genre into some very interesting new directions. It may very well be the most realistic portrayal of teenage love in anime to date and it is well worth the watch for it. 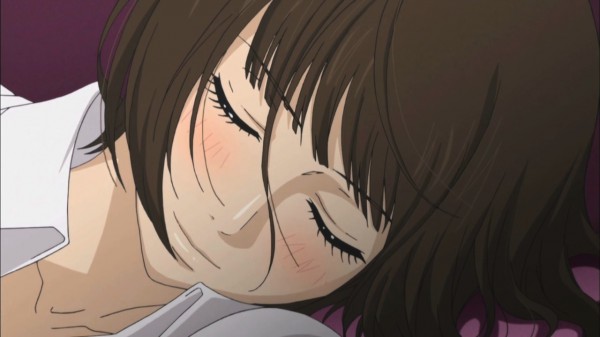 Visuals and Audio
The aesthetics of Say I Love You are quite simplified, with a cool and breezy air to them. The art is resigned with a lukewarm colour palette and simple yet distinct character designs. Animated beautifully, Say I Love You moves fluidly and smoothly. While it doesn’t ever do anything outlandish visually, it keeps things grounded with a down to earth style and warm heart beneath it.

Say I Love You’s score is beautifully composed with several tracks arranged entirely on strings capturing the emotion of the series to perfection. The relaxed soundtrack is quite varied and while it does keep things tonally calm it can perk up any moment with an uplifting incidental tune. It is of course worth noting that the series features two brilliant theme songs. The opening and ending themes are both exquisite in their own right and precisely capture the series’ tone and heart.

This release from Hanabee features an English language dub alongside the original Japanese audio track and it is actually quite good. The casting of Caitlynn French proves to be a masterstroke here as she fully commits to the role of Mei and captures the soul of the character completely. Leraldo Anzaldua at first feels utterly miscast as Yamato but he does wind up growing into the role quite nicely over the course of the series. The rest of the cast does a solid job in what amounts to a relatively good English dub that while not on par with the original Japanese, does an admirable job in transitioning the series the West.

Extras
As far as bonus content, this complete series release from Hanabee comes packed with some fine extras to boot. Included in the release is the traditional textless opening and ending themes for your viewing pleasure. The real highlight of the release in terms of special features would be the Mei and Marshmellow Meow Specials, which are a bit of fun to sink yourself into once you’ve finished watching the series. It all comes together to make an all around solid impressive release from Hanabee. 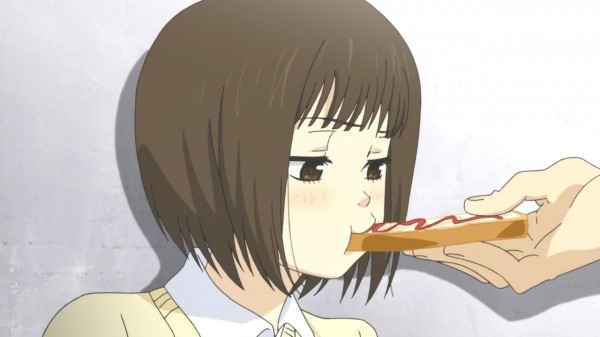 Overall
Say I Love you challenges convention, takes the norm anD flips it upside down and then throws it out the window. This is a down to earth and realistic portrayal of teenage love, there isn’t any outlandish confession scenes or insane romantic entanglements, it plays its central love story straight and it is all the more refreshing because of it.

If you are looking for something fresh in the romance genre, Say I Love You is it. While it does have some hiccups in terms of its weak supporting cast, its two leads are so well written that they can carry the entire series alone. This love story may very well be the best anime has seen in years. Say I Love You is a must see anime for all romance anime fanatics.