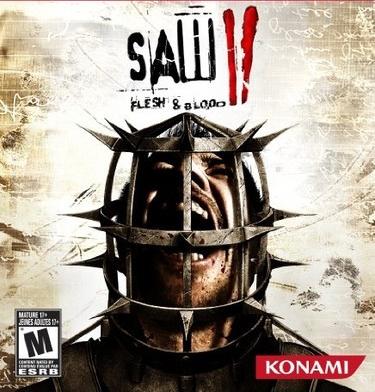 I won’t lie, the Saw franchise never really appealed to me after its initial release. I was impressed with the first film much like everyone else and really enjoyed the unique take on the genre. Since then the films have released almost as quick as TV episodes and started looking like your standard teen horror movie, so I bailed and never really looked back. Given my lack of interest in the franchise, obviously I wasn’t looking very forward to game; I didn’t even know there was one! I just assumed it was a typical horror game, walking through corridors, succumbing to predictable scare tactics. But I was glad to see I was wrong to a certain degree.

While the game can be predictable (like the new films), the environments are varied enough to keep it interesting, and if you’re a fan of puzzles or the franchise you’ll be able to look past the games flaws. 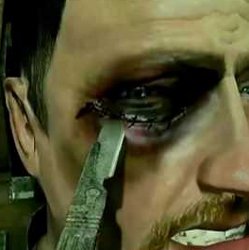 The story mainly revolves around Michael Tapp, the son of David Tapp (the protagonist of the first film). In a bid to find out what happened to his father, Michael is forced to confront the Jigsaw Killer, which ends up putting him in Jigsaw’s death game. As expected from a licensed title, there’s nothing really new here. The story is rather similar to the plot from the films, the Jigsaw Killer captures somebody and forces them to make a choice about life or death – rinse and repeat.

That’s not to say it isn’t entertaining though. Tobin Bell provides both his voice and likeness to keep the fans of the film happy. Speaking of the films, the ‘Case Files’ within the game should also keep fans happy as they add a sprinkling of throw-backs to sub-plots throughout the game. They serve their purpose well in providing back-story to those unfamiliar with the films and successfully link the game to its movie counter-part. But the key point of the story is to rescue everyone who’s being held captive by the Jigsaw Killer. You work your way through a series of puzzles, which eventually leads to the man himself in search of the answer our character is seeking. The clichéd question of, what happened to your father? This theme pretty much sums up the quality of the narrative. 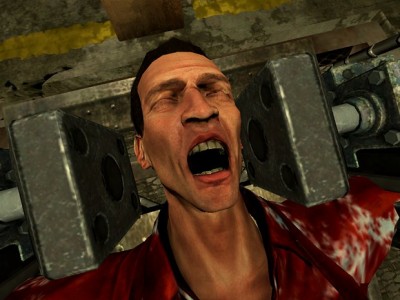 Saw II: Flesh and Blood has the face of the Unreal 3 Engine; thanks to this the game doesn’t look too bad. But it’s nothing outstanding and the animations are poorly executed and as result makes for some unconvincing torture. You can’t help but feel disappointed in how the engine is used given the realistic violence Saw is known for. Lighting is also another issue, which obviously becomes key in the horror genre. The majority of the game is spent indoors and the lighting does a poor job of setting the scene and lacks a creepy atmosphere, it seems rushed and doesn’t compare to the likes of other survival horror games. Early in the game you’ll obtain a torch and even with this, it’s hard to find any impressive situations. The torch also does a poor job of illuminating to a realistic distance in the darker areas. You actually spend most of the game in the dark, so obviously it can become frustrating when your torch isn’t all that great at doing its job. In addition, you’ll find muddy textures, performance issues and a general lack of artistic flare. It’s a shame because the potential is present, but poor execution brings it down to average quality.

The sound department fairs a little better and does a decent job in creating terror. Tension rises where it’s supposed to and dies down when you’re safe, but it’s rather bland in all honestly and the only highlight is the sound effects taken from the films. Saw II: Flesh and Blood manages to keep the balance right; however it never really does anything great or original. It would of benefited from exerting greater tension in high risk situations, which would of added more meaning to impending your death, but it falls flat and other survival horror games make it look cheap. But it’s not like I expected anything that great, so I wasn’t overly disappointed, just mildly amused and Billy the Puppet’s laugh was probably the biggest highlight offered. 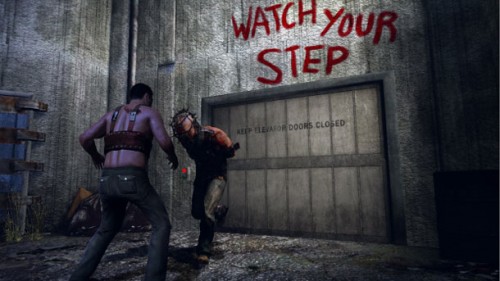 You’ve probably gathered by now the main point of Saw II: Flesh and Blood is to solve puzzles. You literally spend alot of time walking around and slowly running, it can be rather boring. But there are plenty of puzzles! If that’s your thing ofcourse, each of them varies in difficulty, ranging from the simplistic “Which box should I open” (usually with answers on the walls) to puzzles reminiscent of other games, some can be frustrating and some are rewarding. Most of the game is just the right difficulty, hard enough to be entertaining and easy enough to prevent you from face palming. Then there’s the ‘Lights Out’ game, which keeps popping up. It can become repetitive in nature and Saw II at times feels like a cheap run through a fail ghost house or train. Unless you’re really keen on puzzles and not much else other than brainless button bashing, you may beg to differ. The parts between puzzles are definitely where Saw falls apart, and they pop up regularly enough that the constant traveling becomes annoying, especially when you move like a turtle and the dull atmosphere fails to amuse.

In saying that, the quick time events (QTE) aren’t that bad, if they weren’t so meaningless in their execution. All the QTEs that occur throughout the game follow the same method as most other games, just minus you caring like you would in something like Heavy Rain. The button pops up on screen and you press it as fast as you can, simple. It’s a slight shame as Saw is well-known for these sorts of scenarios in film, but they aren’t pulled off well enough here to impact the user. For instance, you can tell how much health you’ve got left by how bloodied your body is or by how blurry the screen is, why give that away while your character dances with death? The overall experience would have been much more immersive if all the QTEs, amongst the other elements like something as simple as movement were compelling enough to compliment the otherwise fun puzzles. 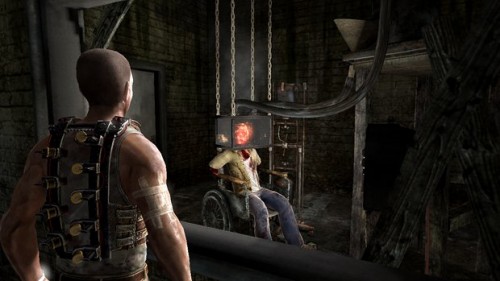 If you happen to have tunnel vision and only wish to solve some decent puzzles, Saw II: Flesh and Blood will be satisfying to your simple needs. Perhaps you’re a fan of the franchise and wish to find out a little more about the story? You’re covered there as well. For the rest of us, the tagline “I’d like to play a game”, is the exact opposite to what we should be doing with this budgeted and slightly rushed game. It really isn’t that scary at all and unfortunately doesn’t do the franchise justice. Game over!