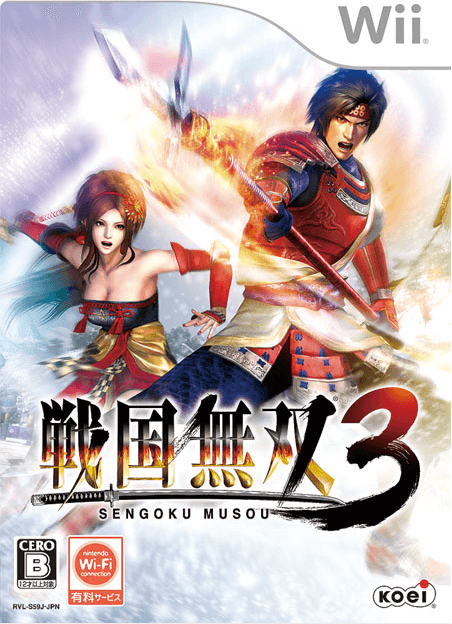 Sitting down with the Nintendo Wii-mote in hand I didn’t know what to expect from Samurai Warriors 3.  Nintendo has decided to take on the publishing responsibilities on behalf of KOEI in Australia and this is how we received our copy of the game.

I know at one point or another we’ve asked ourselves this question.. How many Dynasty Warriors have come and gone and how many spin-offs has there been.  Personally I couldn’t answer that question off the top of my head.  But I know that there are five baseline games and then we have the spin-offs and crossovers such as the Gundam games.  They all have a fairly decent story but the major problem with all of them is they are all VERY similar in gameplay. No matter how different the games might look deep down you’ll end up doing the same old repetitive stuff. 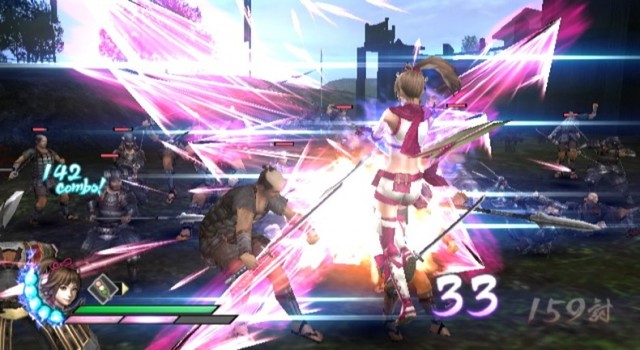 Samurai Warriors is set in the Sengoku period of medieval Japan.  There are a total of 35 playable samurai warriors with new characters including Kiyomasa Kato, Kanbei Kuoda and Lady Kai.  With all these characters you can also enter the Dojo within the game and create your very own customised Samurai Warrior to take into battle.  But with all the character customization and weapon, amour modifications the end results does not matter.  As with the past Dynasty and Samurai Warrior games that have come and gone one thing has stayed the same and that is the mind numbing basic beat-em-up style game play where all you ever do is take on hundreds upon hundreds of enemies at the same time.

That in mind the control system is very basic,  you only have three types of attacks and two attack buttons to take on the hundreds and hundreds of enemies that make their way over to you so that they can die by your sword wii-mote waving skills.  Which I must add can also become quite tedious and very repetitive.  By the time I destroyed the first few hundred waves of enemies my left arm was already begging for mercy and so was the A button on the Wii-Mote.  I have to say that due to the repetitive nature of this game you will certainly give yourself a good little workout whilst sitting on the couch. 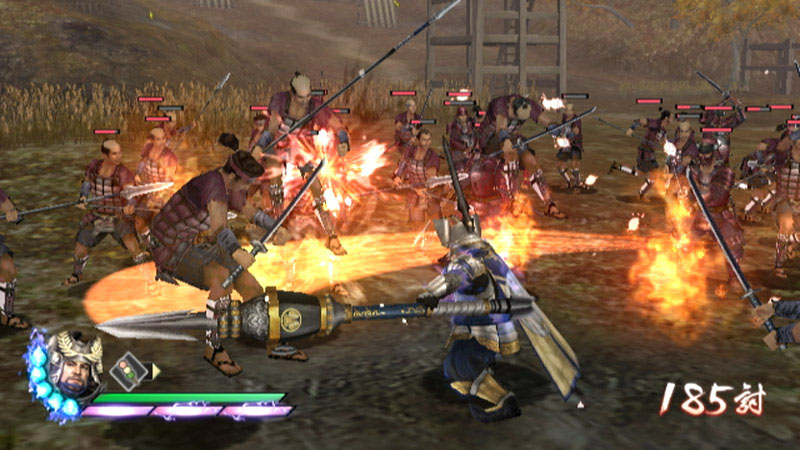 The three types of attacks are :  Standard sword attack: all you need to do is press the A button as quickly as possible, and the faster you press, the faster your blade will slice through enemy lines and limbs.  Pressing down on the D Pad will perform a Power attack which comes in handy when surrounded by enemies.  Unleashing the power attack sends forth a ball of energy that will mow enemies and get you out of trouble.  The last attack and the most powerful one is the Musou Attack.  You can activate this by press the B button when the Musou meter is full.  Releasing this triggers a little cut-scene and then your character unleashes hell sending enemies flying left right and centre.

There isn’t any real changes to the game play style.  At the beginning of each mission you check the overview battle map.  Then once you’re ready your thrown into the mayhem.  You will have a main objective on each level and that will be taking down a general in any way shape or form.  There are also side objectives such as clearing out an outpost, or killing an enemy officer.  You also receive bonuses and items if you meet specific objectives such as using Musou attacks on enemies and so forth. 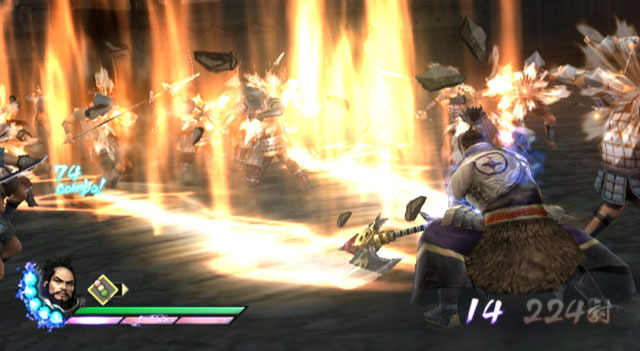 One thing that was dissapointing was that Samurai Warriors does not use the Wii-motion-plus addon, even though its probably not needed.  It would of been great to have it supported

Samurai Warriors 3 supports Nintendo Wi-Fi Connection and you can go online and enjoy some co-op modes.  There is also a challenge mode called “The Challenging Murasame Castle Mode” which is based on the original Nintendo title “The Mysterious Murasame Castle” also called Nazo No Murasamejo which was never been released outside of Japan.  This was the second original title released after The Legend Of Zelda but Nazo no Murasame-jō failed to achieve the same sort of commercial success. 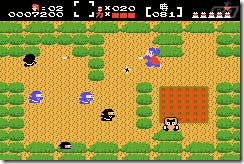 In closing Samurai Warriors has made the move as a Wii exclusive, but nothing really has changed.  sure there are lots of game modes, offline and online content, and the addition of the cool little Mysterious Murasame Castle game, but there is no change in game play.  Something needs to be done about this.  I don’t know how long KOEI can go on flogging the same style of game with a fresh coat of paint slapped on top.  It’s been close to 10 years and nothing has changed.  I think its time to move on with new features and game play or retire this series and start work on something new.