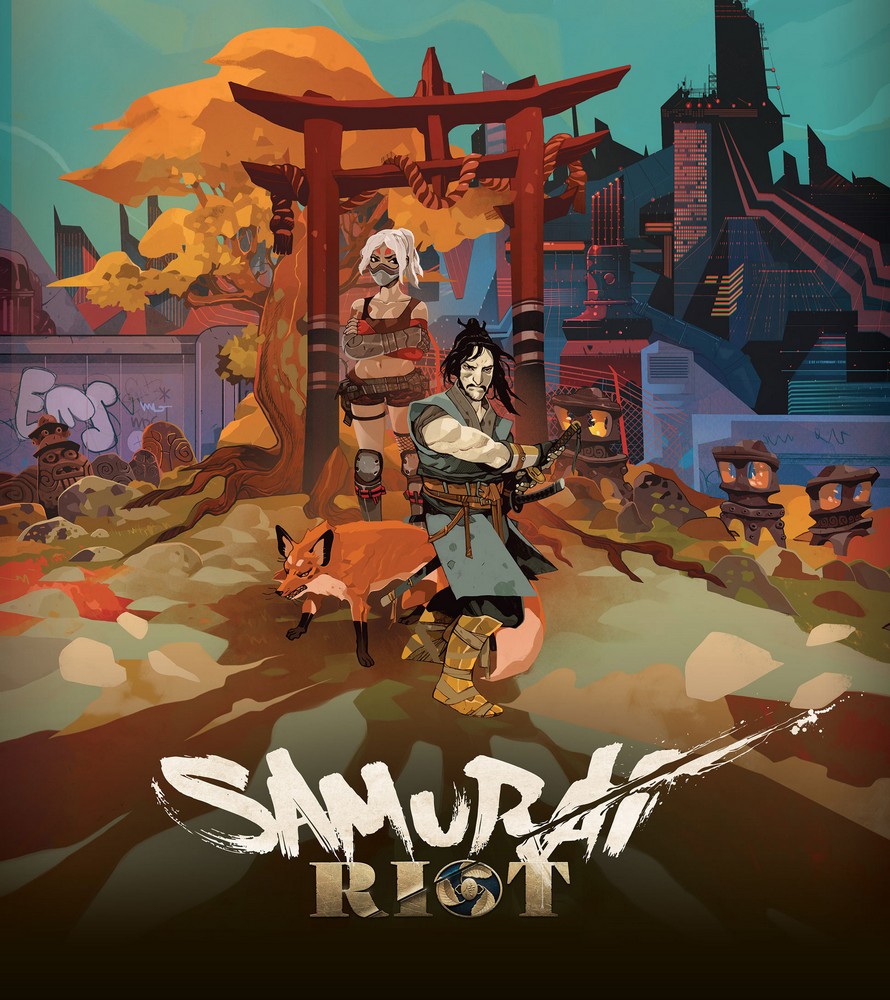 Arcade beat ’em ups hold a special place in gaming history (and mine as well). Double Dragon, Streets of Rage, Battletoads…..many of them have achieved a cult status by now. Since Steam introduced Greenlight, we have seen a revival of many familiar genres from the early days of gaming. Despite that, I have yet to find a good new beat ’em up release. Samurai Riot looks like a good candidate for that, so let’s dive in deeper to see what’s under the hood.

The story begins by introducing us to two playable characters in the game, Tsurumaru and Sukane. Tsurumaru is your typical samurai with a sword and ability to throw grenades (kinda out of character for a samurai but oh well). Sukane seems to be a bit faster compared to Tsurumaru and also has a cute pet fox that can distract and pull enemies, giving you the opportunity to easily line up your combo on them. Sukane informs our grand master that she failed to infiltrate the rebel cell so he sends them both to kill the chieftain of the cell. In other words, forget stealth and go full carnage instead. To be fair, the story was never an important aspect of these games so let’s focus on the next segment where the game is really supposed to shine. 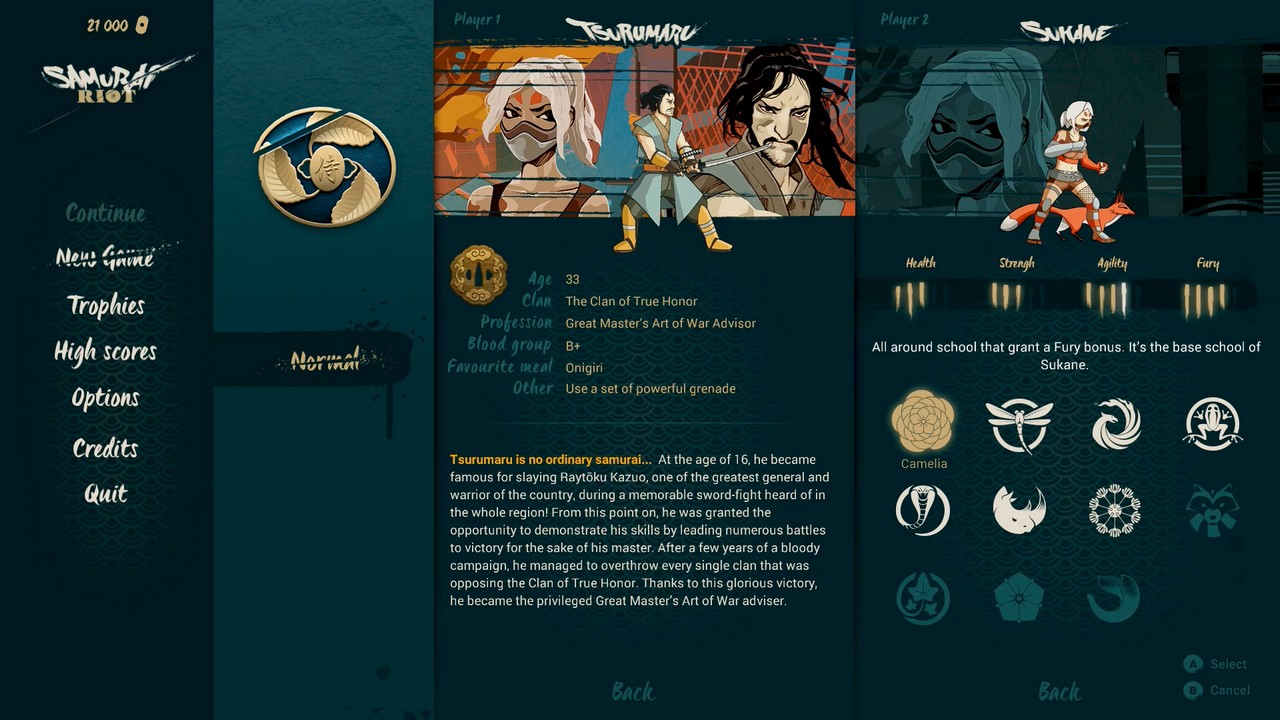 As we defeat waves of enemies and continuously move to the right, we have a couple of attacks at our disposal. To get the most of them, the first thing you should do is to pause the game and check the combo list. There is no tutorial of any kind in the game whatsoever, so unless you go there you’ll miss out on some useful combo combinations. The first couple of enemies are pretty simple, they poke and hit you but pretty soon you’re introduced with a lot of new ones that can guard, charge at you and some even shoot! As much as enemies are diverse, I can’t say the same for the attacks of your character. Despite a couple of special moves and grabs, the best strategy seems to be circling around enemies to trick them into grouping together and then just spam the attack button. The only move that it is powerful as much as it is handy is the special co-op one. But here is the thing, it’s only available in co-op (well, duh) which wouldn’t be the issue if the game had the option of online co-op. However, the local co-op option is all that’s available to us.

There are a couple of things that add a bit of a replay value to Samurai Riot. A bit later we get to choose from one of the many branching paths in the game that will impact the next stages and most importantly – endings. We also have a bunch of fighting schools we can pledge our allegiance to when we select our character. One gives us the ability to double jump, another adds one extra life and another one health. More fighting schools are unlockable later from the money we earn by defeating enemies. Then again, replay value doesn’t mean much when the core gameplay seems so repetitive. 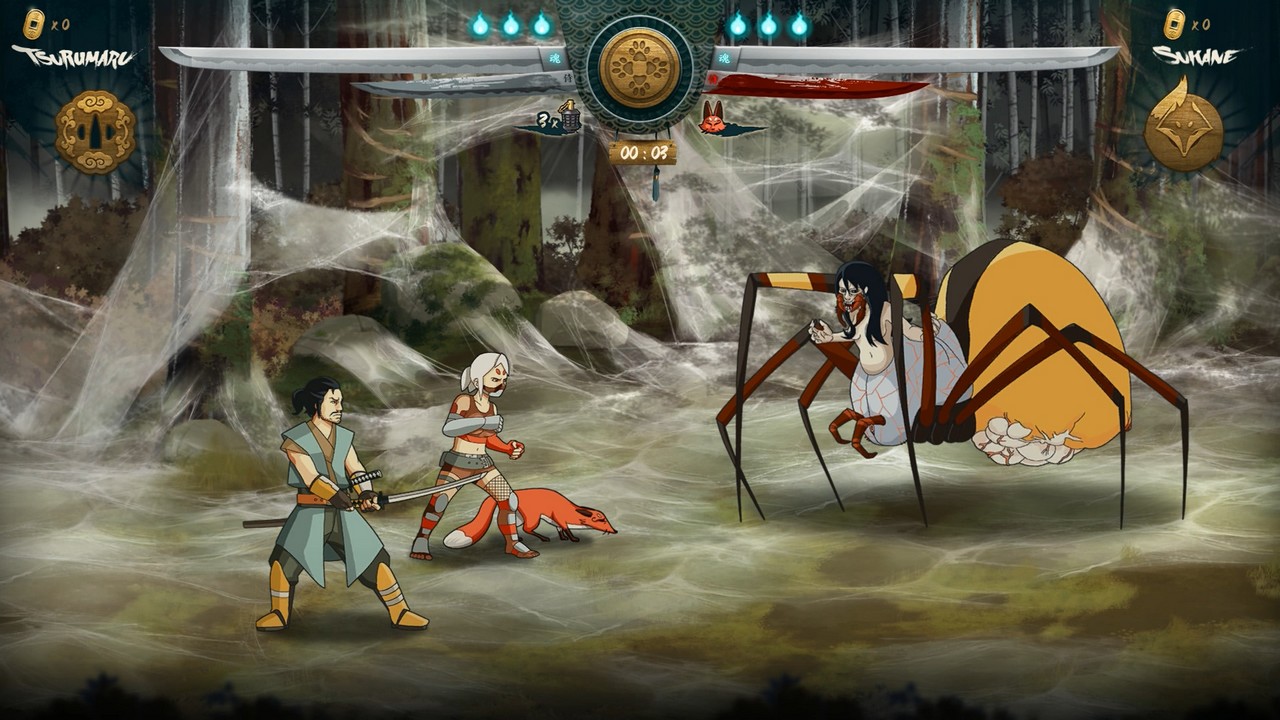 Art direction of Samurai Riot is a shining aspect of it, if not the only one. As you progress through the first stage alone, it’s clear that a lot of effort went into crafting the background and visuals of every level. Up close drawings of characters and some boss designs are simply outstanding. If you manage to force yourself through the waves if simplistic combat, you will be well rewarded with some nice screenshot material. 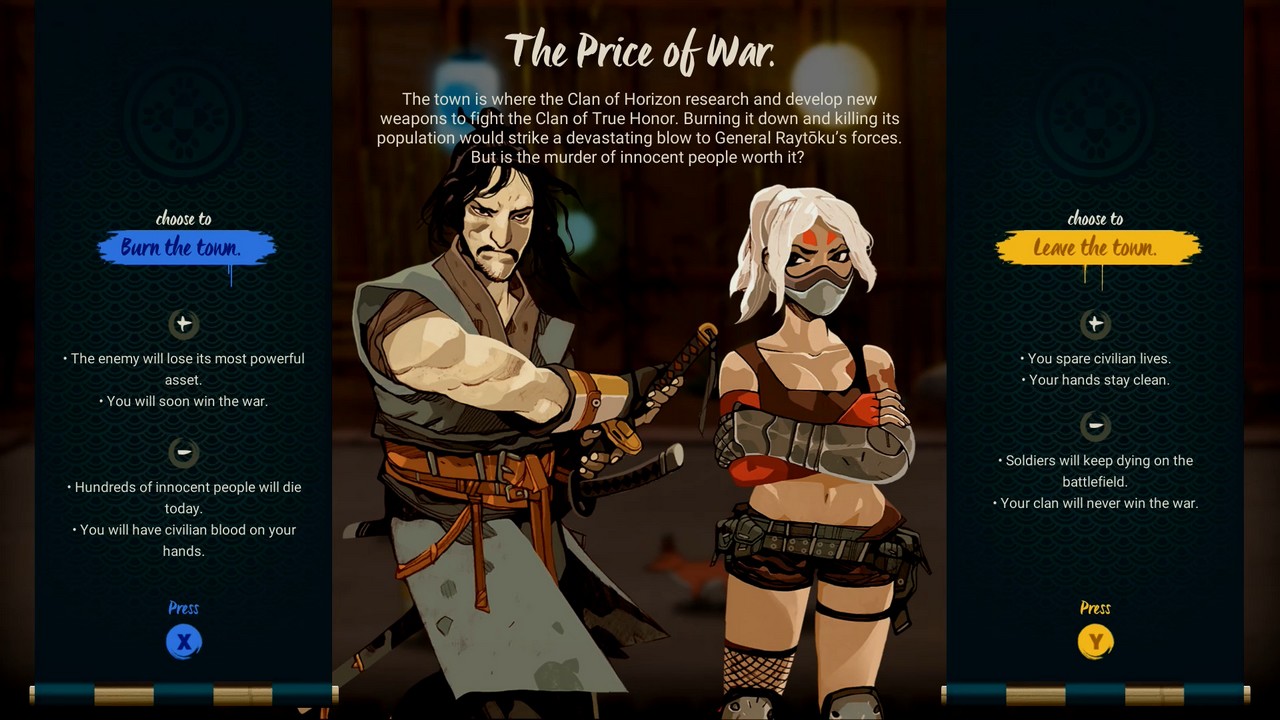 When I got to this part, I had to start up the game again to remind myself if there is any music at all (despite playing it for quite a bit by then). But yeah, there is actually some. Through your fist & blade rampage, you are accompanied by some uplifting Nujabes-like tunes and they’re not bad at all. The only issue is that most of them are drowned in sounds of kicks and punches (which explains why I was barely aware of any) so you might wanna lower the sound effects volume since there isn’t anything notable about them. 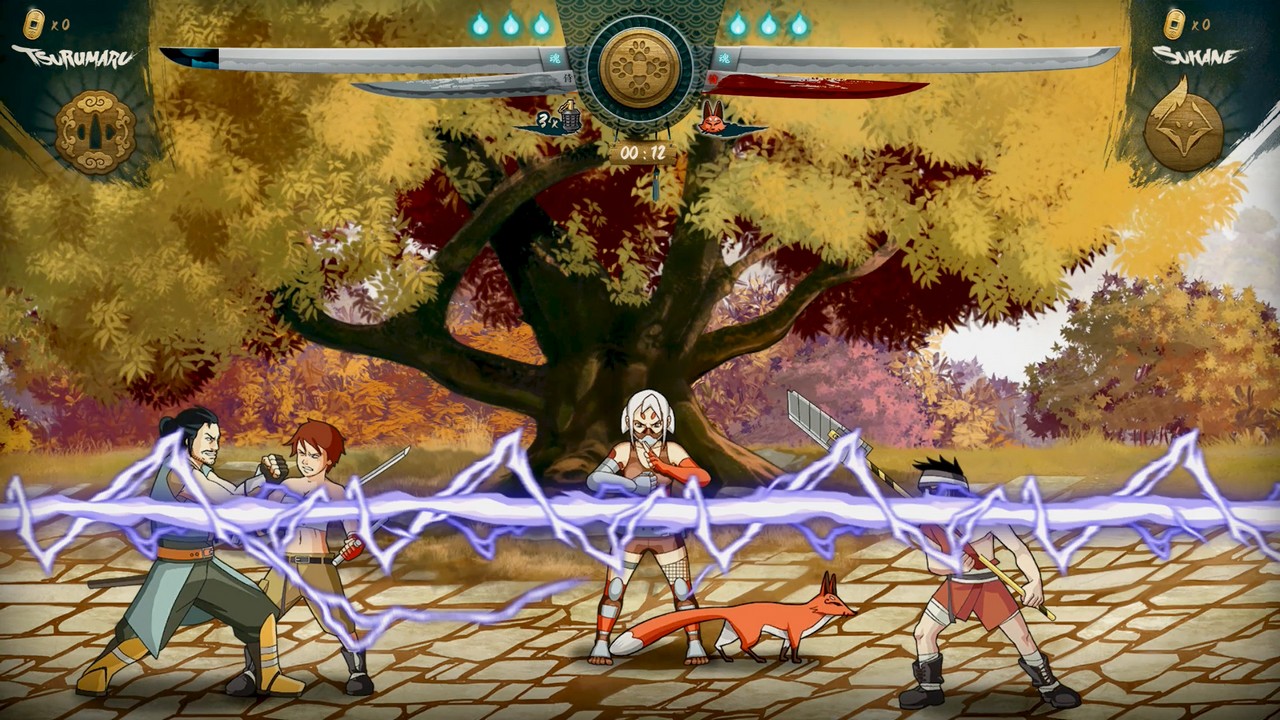 There is a lot of promise behind Samurai Riot but that’s what most of it ends up being. Promises. With a bit of polishing of the combat system and an inclusion of online play, this would end up being a really fun time killer. It is a shame since I can tell that a lot of love went into the creation of Samurai Riot. A few aspects of the game ended up being rather satisfying but sadly not the most important one – gameplay.

A promising attempt to make a good beat 'em up game that never moves past the attempt stage.
6