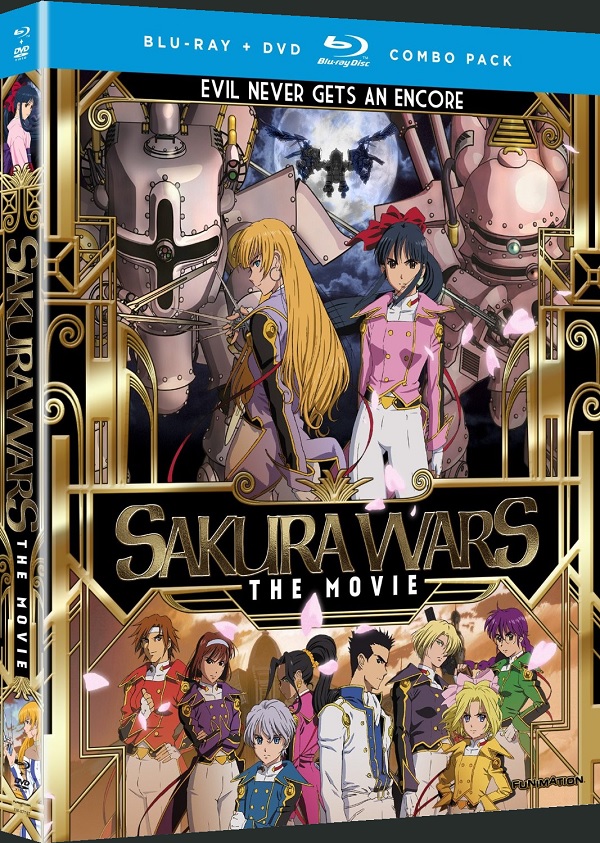 Overview
The Sakura Wars franchise is quite the powerhouse as it has received numerous video game adaptations, an anime series, OVA series, a movie, novels, and even stage shows but if you happen to live in the West then you may not know anything about the series except for a couple characters recently appearing in Project X Zone. Despite not reaching such a high level of popularity in North America as it did in Japan, FUNimation has rescued the Sakura Wars movie and have released it on Blu-ray for the first time in the West but was the movie deserving of such a rescue in the first place?

Story
Sakura Wars: The Movie takes place in an alternate world where some modern technology is readily available for use in the 1920s thanks to the advent of steam powered machinery. However the development of steam technology is not the only thing that sets this world apart from our own, there are also demons and monsters that appear and must be defeated with the use of special mechs powered by steam and controlled by pilots with psychic abilities. 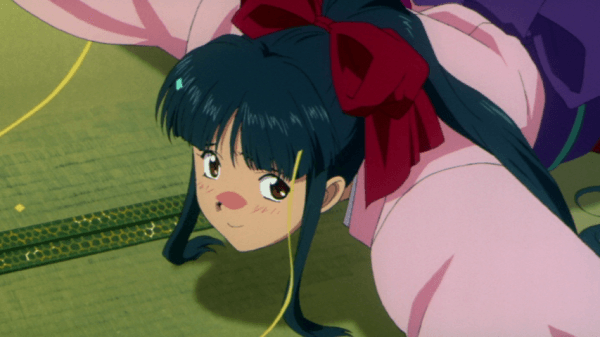 The movie begins with the obtusely named Imperial Assault Force Flower Division performing on a stage as they sing and dance for those in attendance at the theater. After the show wraps up, the girls including the most recognizable member of the cast, Sakura, are relaxing in their dressing room and discussing various things and briefly celebrating a birthday.

After this the girls find that a new member is being added to their team, an American by the name of Lachette Altair. Shortly after she is introduced to the group a number of demons appear and the girls are sent out in their mechs to put a stop to the rampaging demons. It is clear that Lachette doesn’t work well with the group at this time but there is little time to recover as the girls fight another battle only to have two members of the team grievously wounded in battle. 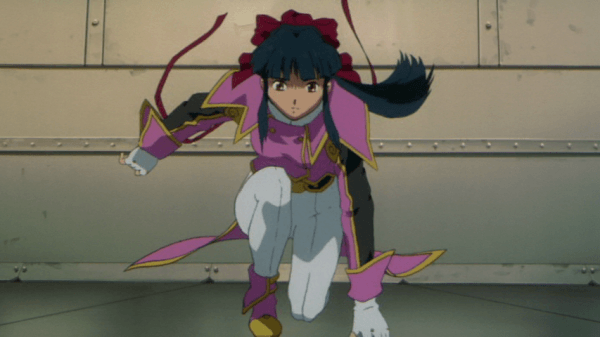 All the while a mysterious corporation called Douglas-Stewart from America is creating new robots with sinister intentions. As the current face of evil rears its head the girls still standing must do their best to put a stop to the enemy which has managed to capture even the theater the group performs out of.

Sakura Wars: The Movie is interesting in two ways, the first being that for fans of the games who actually are keeping up with the story, it takes place between the second and third game in the series and adds a little bit to the story, but not much, leaving it in a gray area about whether or not those who enjoy the series should worry about picking the movie up. 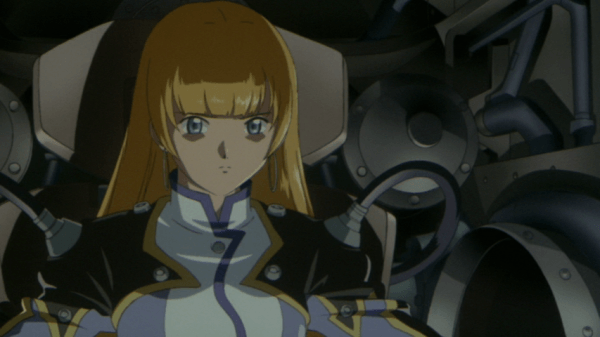 The second way being that the movie’s plot is so simplistic that even those who have never heard of Sakura Wars before will probably be able to enjoy it as a throw-away mech movie. It does this by offering little in the way of character introductions outside of providing a name for most of the faces that viewers will see, some very brief world explanation and that is unfortunately it as the movie tends to be fairly predictable from the onset outside of the performances at the beginning and end of the movie.

Visuals
Sakura Wars: The Movie’s Blu-ray transition speaks volumes to how impressive older anime can look on the new format compared to their DVD counterpart. Being the first time that Sakura Wars: The Movie is on Blu-ray, the film has seen a rather drastic upgrade overall aesthetic with colors a bit more vibrant and less grain compared to the DVD version which suffers from age. 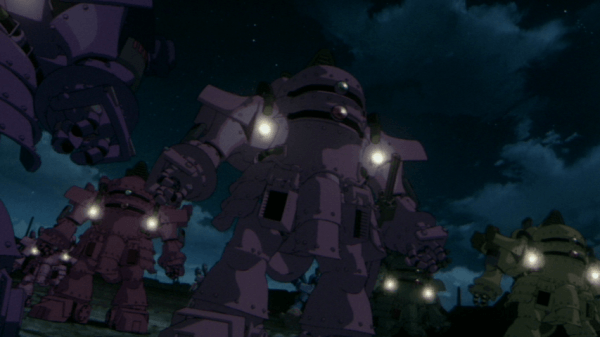 It is worth noting that the movie has aged since it was made, with many of the character animations appearing stiff and the CGI elements looking rather bland, but they are still nicely blended together with some highly detailed background scenery which looks great on the Blu-ray version of the movie.

Audio
For those wondering, Sakura Wars: The Movie is being released with the original English dub that was created when the movie was originally released in North America back in 2003. This means that for those who have seen the original DVD, the numerous painful sounding moments of English dialogue are also retained in this release, meaning that it might be better to listen to the Japanese voice track instead since the performance songs remain in Japanese regardless of the language track. 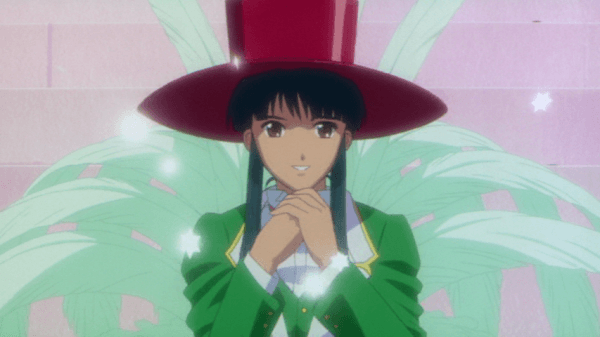 As for the movie’s ssoundtrack, for the most part the background music is rather simplistic and very forgetful but it is worth noting that the opening and ending songs sung by the Japanese cast and danced to by the characters are absolutely wonderful to listen to.

Extras
As far as the bonus features for Sakura Wars: The Movie go, for the most part they are standard fare with the original Japanese promotional videos and trailers for both the US release of the movie and other FUNimation products. This is then accompanied by a video interview from 2012 which lasts for over twenty two minutes long and features various questions being answered by the creators of the film.

Overall
Sakura Wars: The Movie may have seen a rather significant visual improvement over its DVD counterpart released many years ago, but for the most part it still languishes in mediocrity thanks in part to some terrible dubwork. Newcomers will either be lost and simply enjoy the movie for what it is or be intrigued enough to check out the full series while fans of Sakura Wars will find very little additional story here.