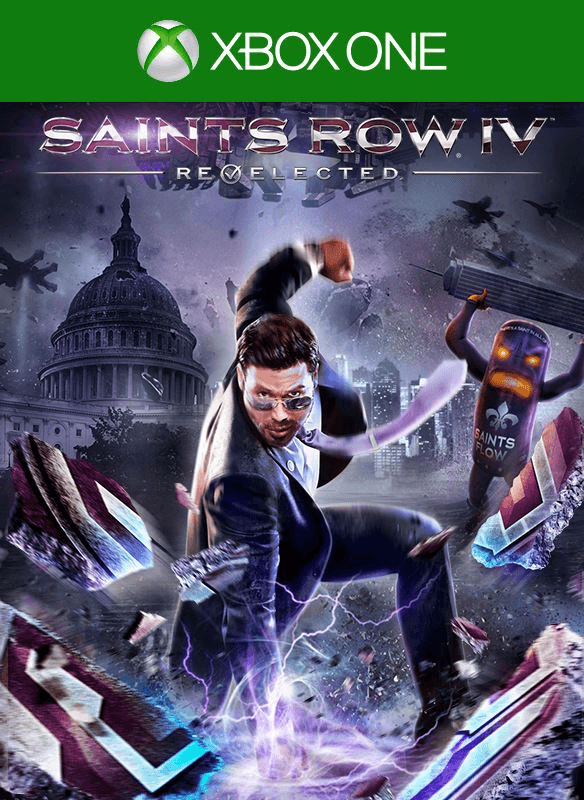 Overview
Making a sequel generally means that the developer has to try and outdo their previous game but in a series like Saints Row, that is a hard feat to accomplish. Despite the odds, back in 2013 Volition and Deep Silver managed to do just that with Saints Row IV by adding super powers and a new out of this world setting. Now the company has released a slightly upgraded version of the game with all of the DLC in one package. The question is should you pick it up?

Story
After becoming a media empire that had enough power to take down anything thrown their way in Saints Row: The Third, they have continued to move up in the world. So much in fact that “The Boss” and a few members of the crew are brought in on a special operation to take down a former enemy that results in the Saints saving millions of lives and a successful run for President of the United States. Moving up from the leader of street gang to being the leader of the free world might already seem like a ridiculous jump but it is paltry to what comes next.

Sometime after being elected President, the Earth comes under attack by the Zin Empire with its leader Zinyak have come to take the best and the brightest that Earth has to offer, meaning that almost the entirety of the Saints crew is abducted by the aliens, including the Boss. Trapped in a simulation that mirrors that of the Matrix, The Boss and the rest of the Saints must try and escape the virtual world and the grasp of Zinyak if they have any hope of fighting back against this alien force. 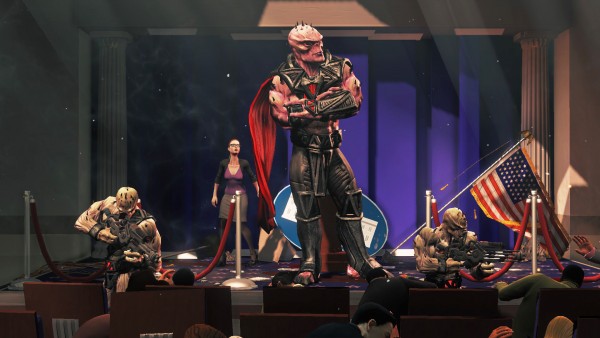 Despite the dire circumstances, Saints Row IV: Re-Elected’s storyline is as ridiculous as ever before as the alien and simulation aspects only help give the crazy over the top situations a reason for being there and going completely crazy with new superpowers. This isn’t the highest form of humor to be found but the brand of humor found in this game is right up my alley and of anyone who else enjoyed SR: The Third or toilet humor in general.

Gameplay
Although players are thrown into a simulated world where anything can happen, there are times that The Boss must fight in the real world and here the title exactly like the previous games, with the addition of the occasional robot powered rescue sequence and flying escape of course. 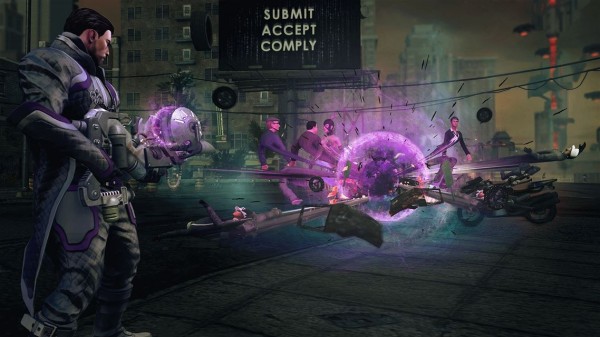 The real core of the game comes from the amount of activities and situations that occur within the virtual world of Steelport. One of the biggest gameplay aspects added into Saints Row IV: Re-Elected are the super powers that are unlocked as the player makes their way through the main storyline, with additional power-ups locked behind side-quests.

Through the use of collectables, every ability that the player acquires, such as super sprint, super jump, telekinesis, ground stomps and the ability to throw elemental blasts can be upgraded and refined. To add to these enhancements, various skills can have element shifts, allowing players to throw lightning or freeze balls or stomp the ground and levitate enemies rather than send them flying. Basic navigational abilities can also be upgraded since players will almost immediately be given the ability to “Super Sprint” faster than cars at the base level with even faster levels beyond that and the ability to glide through the air. 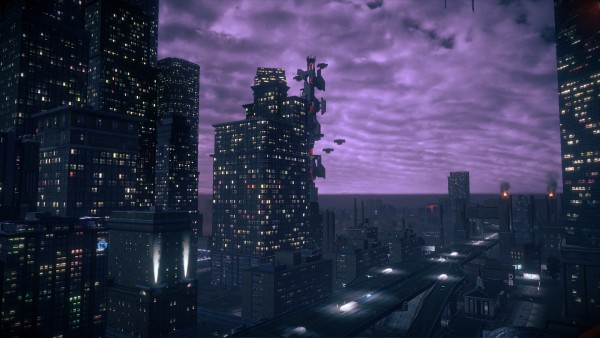 Saints Row IV: Re-Elected is a gigantic sandbox right from the get-go with countless activities to complete, many of which have been given either a super powered twist or some variation to mess with the simulation. Add to that the extremely powerful weaponry ranging from standard weapons to alien technology capable of creating black holes or blasting dubstep at enemies and you have a hectic game that is unlike anything else.

Since Saints Row IV: Re-Elected comes with all of the DLC for the past game, including the story missions, it also comes with a whole slew of new weapons to unleash on your opponents as well as a few new side-missions to take part in which makes the already packed sandbox of virtual Steelport one that you can easily spend hours in without touching the main storyline.

Visuals
Despite being a re-release of Saints Row IV on a new more powerful console, the improvements made to the character models and the city appear negligible at best. What has actually improved is the amount of effects that are now implemented into the game and a completely smooth playing experience. Thanks to the game taking part in a simulation, the amount of environmental items and characters that de-rez and pixelate or shimmer is increased to the point that it really look like the simulation is breaking down at times which is quite impressive. 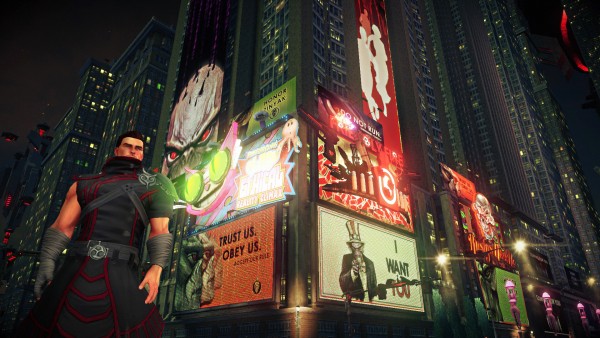 While the old version of Saints Row IV would start to chug and slow down due to the amount of chaos that happens on the screen, especially when using specific weapons and powers, Re-Elected runs smooth no matter what is happening on the screen, even when using one of the most ridiculous weapons in the game to cause mass destruction to the enemies around you. 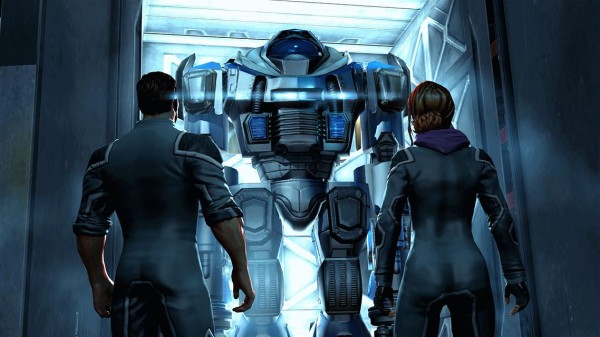 Overall
If you’ve never picked up the original Saints Row IV or happened to skip out on the DLC in the original then you will definitely find plenty to do here as Saints Row IV: Re-Elected offers all of the DLC in one release that creates a massive package that is not only an absolute blast to play. If you’ve already played the original, some of these improvements do feel a bit minor but this delightfully hilarious game is easily worth experiencing a second time.