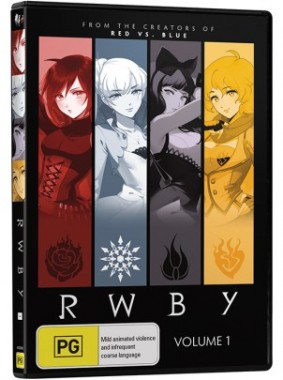 We live in the year 2013 and if you’re a pop culture fan and you’re NOT aware of Rooster Teeth Productions you’re seriously missing out on what’s quickly becoming one of the greatest things of our generation. They’re known for a great deal of things, from comedy to action, and work on so many different media formats that it is almost impossible to miss them. Rooster Teeth started their rise to greatness with the release of “Red Vs Blue”, an action/comedy that was created entirely through Halo’s in-game recording software.

From there they’ve have continued to expand to become the media juggernaut they are now. Their latest venture? A semi-anime series created by animator Monty Oum that takes what we’ve seen in old-school Anime and does it’s best to bring it into the new age with incredible fight scenes, unique characters and a fairly beautiful art style. This is RWBY. 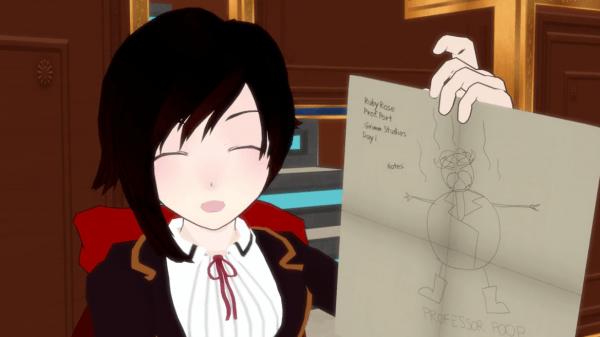 RWBY has an interesting story that, while fairly unique itself, is very reminiscent of older Anime titles. What I mean by that is it sports many of the cliché or “classic” tropes that a dated Anime storyline would have, that’s not to say that “cliché” is a bad thing, certain “cliché” things are as such for a reason, why would people use them if they were something negative? Allow me to explain further: RWBY is about a young girl, Ruby Rose, who is a masterful user of a “Gun-Scythe” and a great fighter all around that gets accepted into a prestigious school, Beacon Academy, which specialises in the training of Hunters and Huntresses who are a class of fighter specifically trained to combat dark monsters called Grimm.

Ruby enters the school with her sister, Yang, and quickly learns that the years spent here will not be easy ones. Throughout the course of the first few episodes she meets her, now “rival” Weiss Schnee and silent ally   Blake Belladonna. Together these four girls will make up what is to be “Team RWBY” hence the name of the series. 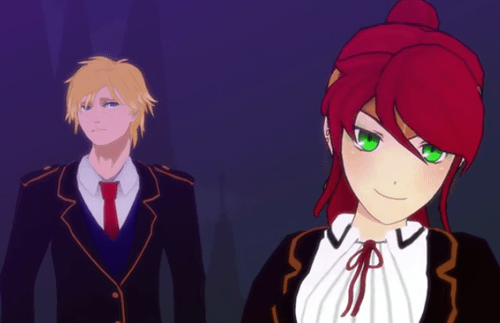 The characters within RWBY are all incredibly unique and while some have storylines that, yes like I said, are very cliché, the characters and their personalities all fit well together like a big jigsaw puzzle. Character interact extremely well, they all have defined personalities which is a big “plus” for any Anime fan, especially me. Having certain information about the series really does help you understand the story and characters a fair bit more and it’s not only knowledge of other Anime titles, it’s also knowledge of what the development team used as inspiration for the series.

You can very much tell that certain aspects of RWBY  were inspired by, not only Anime, but culture and lore, be it the Grimm who are similar enemies to the “Hollows” from Bleach or the character Sun Wukong clearly inspired by the character from the Chinese Novel Journey To The West, either that or Dragon Ball Z, it doesn’t really matter because in the end the team makes it their own. 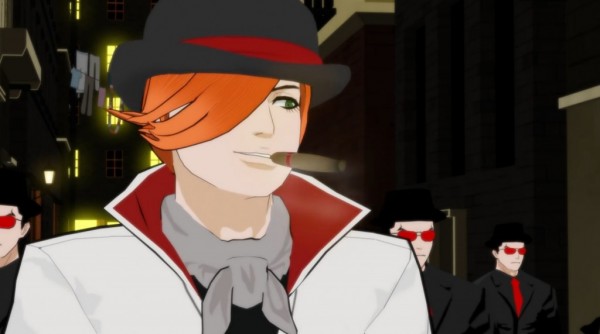 The fact of the matter is that the RWBY development team have clearly tried what many others have done but failed at and that is the transition between Japan and the Western Countries. I would very much compare this series to “Avatar: The Last Air Bender/The Legend Of Korra” simply by the way both series’ have been executed, it’s East meets West and they’ve done it, I’d say, almost perfectly. There are certain things that the series is lacking, some characters are almost TOO cliché as well as their storylines but for every one that doesn’t work, another one works twice as well.

In the end it is very much like Yin and Yang and the only way to truly get a grasp of what I’m saying is to simply watch it through for yourself, I guarantee you’ll understand my points more if you’ve actually seen the series. I could be looking at it the wrong way and I know this series has an extremely big fandom so I’m just going to remind you it is MY opinion and I’m trying to look at it from as many angles as I possibly can. Overall though the actual way the story progresses and pans out is fantastic and the pacing really does the rest of the series justice because they have the time to flesh out certain aspects and they allow the audience to understand things alongside the characters, very well done. 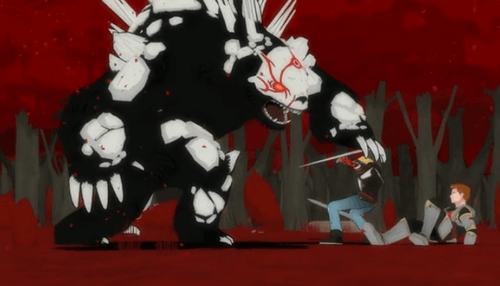 If I was reviewing the series as a web series and not a home video release I would be giving the visual side of it so much more credit but I’m not going to ignore the fact that it is originally a web series sully my take on how it is aesthetically, I’m going to walk a thin line here. As a series overall the visuals are “pretty good”, I’m talking in general here.

It is all CG animated which is perfectly fine in the generation of Anime we live in with almost half of the series’ coming out using small bits of CGI in their episodes. Being perfectly honest, the character models look a little rough, which is to be expected of a web series but not of a full release Anime which is what it has become, it’s still not going to muddy the waters though because the action scenes spread out through the first volume more than make up for it’s roughness. 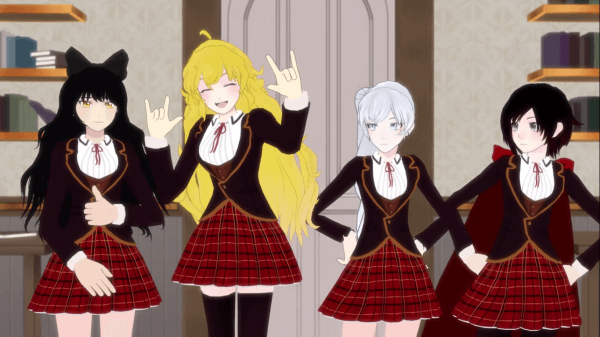 The animation isn’t too good during scenes where there is only talking but, to be honest, it doesn’t need to be, it would be nice if it was because it gives a series an all over professional look but what really matters the most is the high-octane, high-action scenes and RWBY possibly has the greatest fight scenes I’ve ever seen in an series. There’s no denying it.

Character designs are down right fantastic and, much like the action scenes, I don’t think I’ve ever been more impressed with the designs of individual characters, all their costumes and weapons match their personalities and there’s no denying that it all just fits in harmoniously. The use of colours is also done really well, it’s obvious to see who is who and that’s something you need during the fight scenes. The world itself also looks great, once again, a little rough but still very stylish and very well done. When it comes to style RWBY has one of it’s own and it harnesses it like no other. 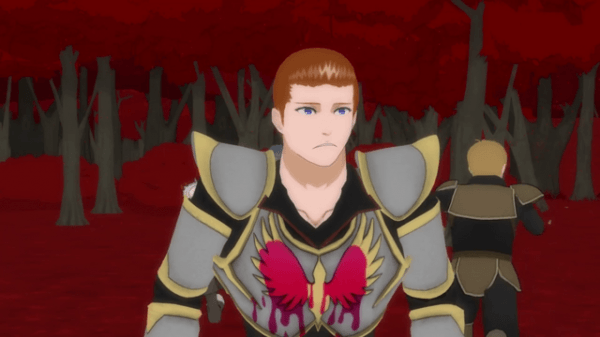 Much like the Visuals, the Audio has it’s times where it isn’t as good as it could be and it just seems to be the voice acting that tends to let it down just a little bit. For the most part the voice acting is fantastic, the actors and actresses get their point across but it is clear that some are better than others and it may be the comparison of professional voice actors and those who don’t have that much experience that let the team down.

Characters like Ruby herself and Nora, who you’ll see as you watch, quickly became my favourites because their voices as well as their personalities, it just seemed to add a depth to the character and a certain air to the character that I didn’t feel from other ones unfortunately. The music is absolutely fantastic though, not just the opening theme but the entire score is great. Most of the music is fairytale-like but it tends to kick into overdrive during those more intense scenes, the mixing and matching of styles makes for a memorable soundtrack. 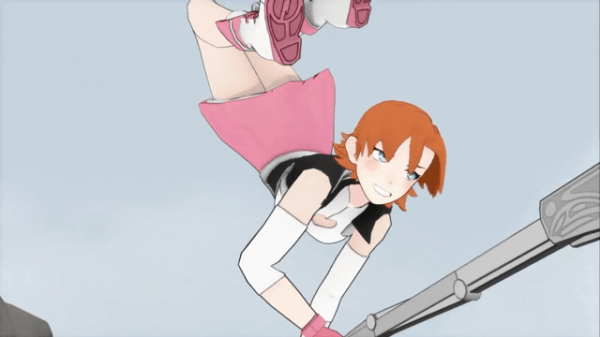 Despite the lack of physical extras like a reversible cover, a small poster or artwork of some kind, the release does have a couple gems that make the release all the more worthwhile. Behind-the-scene videos as well as the directors commentary gives good insight into the creation of a series and, if you know anything about the Rooster Teeth team, you’ll know that anything behind-the-scenes is more comedy than documentary so you’re in for a good time. The last extra is a Fan Art Highlights reel which is basically exactly how it sounds, you’ll love this if you’re a fan of the series’ art and fanart to be more specific. I would’ve liked to have seen more but, considering it’s a first release, this is actually pretty good. 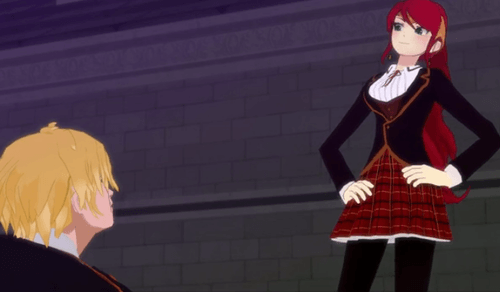 The series is absolutely fantastic. There are certain things that set it back but I don’t consider them to be blinding issues that will force the viewer into having a bad experience watching the series, it makes up for everything that it lacks in a huge way and, with the way that it is set out, as soon as you even think about not watching any more of it, it drags you back in and keeps you there for a while. Fans of Rooster Teeth will love it with a fair bit of the usual personalities making an appearance and fans of Anime will love it because on a fundamental level it has almost everything to offer. Obviously I can’t give it a perfect score because…well…it’s not perfect, however it is incredible and I can’t imagine people having more of an issue with it than the ones I’ve stated throughout the review. It’s funky, it’s memorable, it’s RWBY.